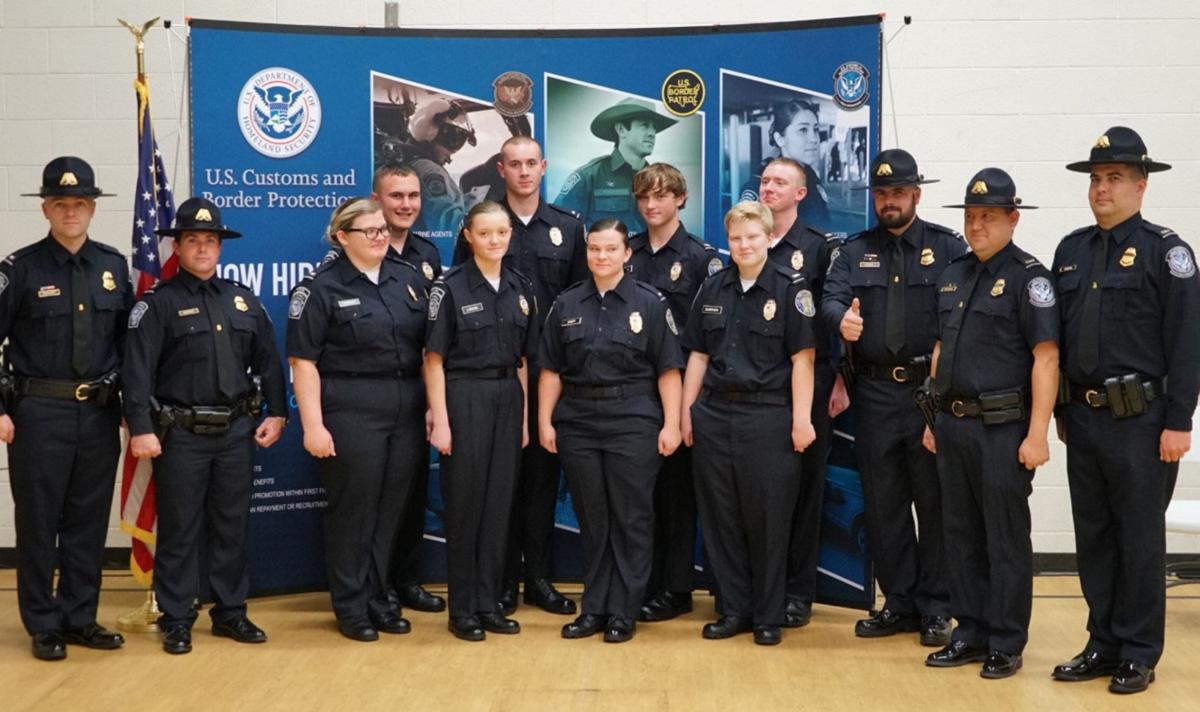 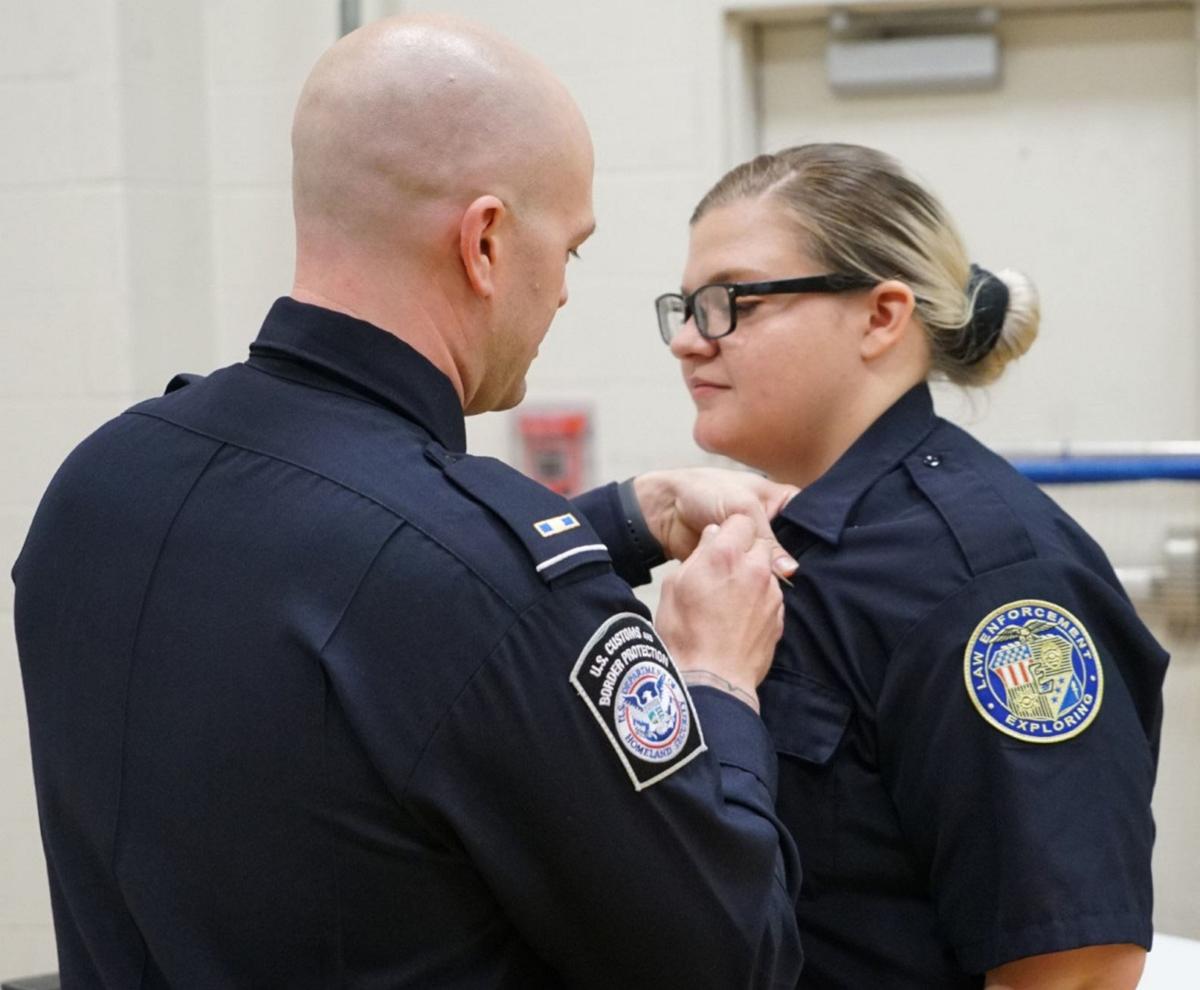 Courtney Rayborn was a member of the first graduation class for U.S. Customs and Border Protection Explorers Post 0708 out of the Alexandria Bay Port of Entry. Photo submitted

Courtney Rayborn was a member of the first graduation class for U.S. Customs and Border Protection Explorers Post 0708 out of the Alexandria Bay Port of Entry. Photo submitted

WATERTOWN — A 2019 Carthage Central High School graduate was a member of the first graduating class for U.S. Customs and Border Protection Explorers Post 0708 out of the Alexandria Bay Port of Entry.

“The Explorers Program is a work-based volunteer program for young adults interested in law enforcement,” said Kurt Tennant Chief Customs and Border Protection Officer. “The program gives young people ages 14 to 20 the opportunity to learn about law enforcement careers first-hand and serves as a stepping stone for a career in this field.”

Courtney Rayborn, 18, of Carthage, was one of the nine to graduate from the program in a ceremony held in October at Jefferson-Lewis BOCES, Watertown.

“I joined the explorer program because I thought it would open the door to many avenues,” she said. “As well as giving me the opportunity to expand my knowledge of law enforcement.”

Officer Tennant said the Explorer Post 0708 cadets began their training by learning about the operation of Customs and Border Protection as well as conducting an initial physical fitness evaluation.

“The cadets then continued with performing drills, physical training, scenario-based training and an organized run across the Thousand Island Bridge,” he said. “Several of the cadets were also able to participate in a Boy Scouts of America event in Syracuse that highlighted an address from the former First Lady Laura Bush. Additionally, the cadets that assisted in the event and were able to personally meet Mrs. Bush.”

According to a BOCES press release, the program is chartered through Learning for Life, which is a subsidiary of the Scouts of America, and serves as an educational and career development resource with Customs and Border Protection as the sponsoring agency.

“I learned a variety of topics teaching us the basic most prominent mental and physical tools you need for this job,” said Ms. Rayborn. “Over the past nine months I’ve learned the core meaning of teamwork, making sure you never leave anyone behind and how that molds a bond most people don’t even experience.”

Ms. Rayborn had the opportunity to put some of her training to work while employed as an underage purchaser.

“Over the course of this program, I’ve learned the dedication and commitment it takes to want to become a CBP officer,” said Ms. Rayborn who is pursuing a criminal justice and homeland security degree through Jefferson Community College. “Not only has it inspired me too strive for self improvement it’s shown me a viable career option to pursue in my future endeavors.”

“The CBP Explorers Program is a tremendous opportunity for the youth in our local community to learn about CBP and shows them an additional option for a career in the law enforcement field,” said Assistant Director, Field Operations Buffalo Richard Roberts, who attended the ceremony. “I am incredibly proud of the program that was developed by our CBP officers here at Alexandria Bay and am excited to see the enthusiasm brought by these graduating Explorers.”