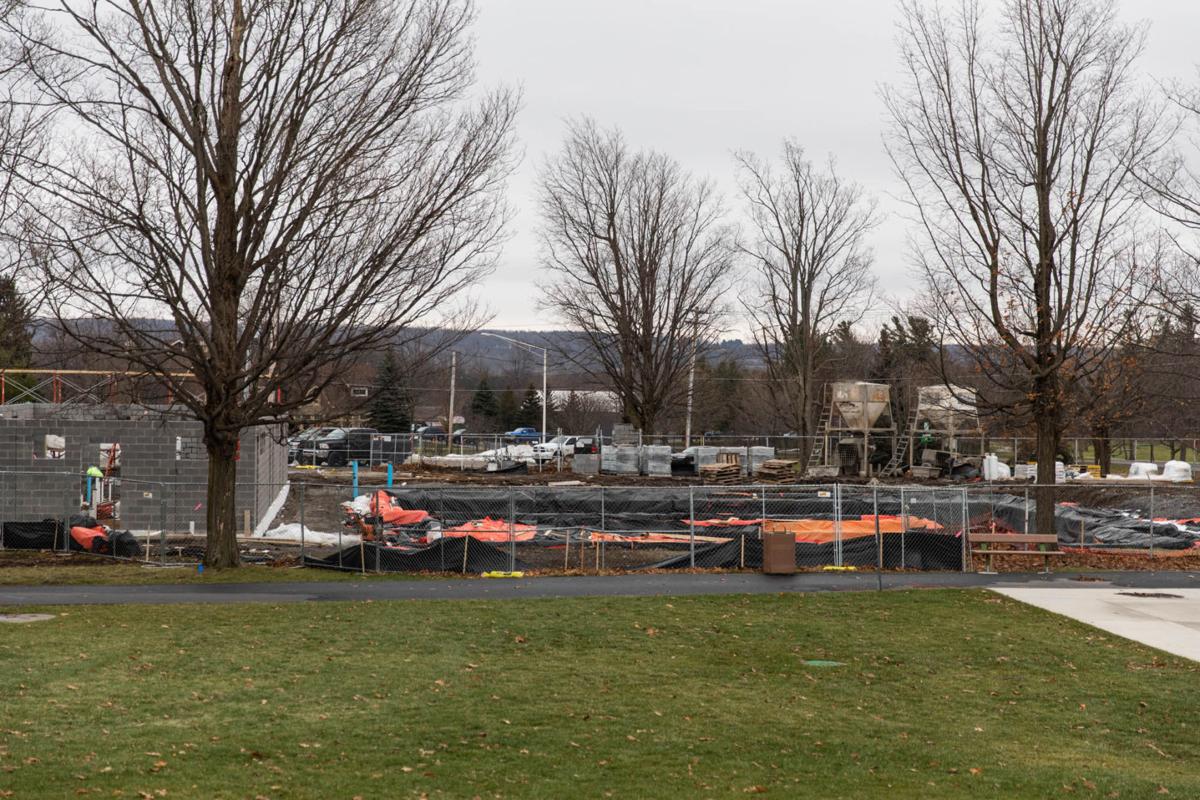 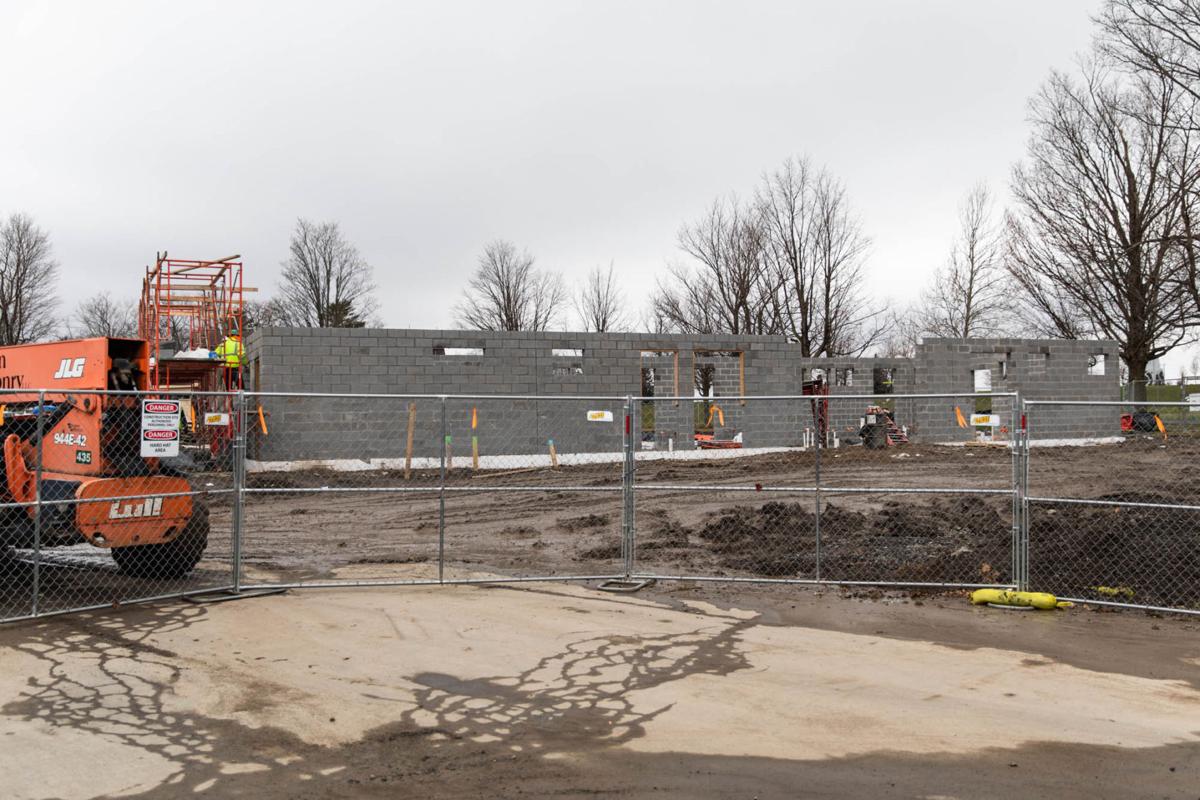 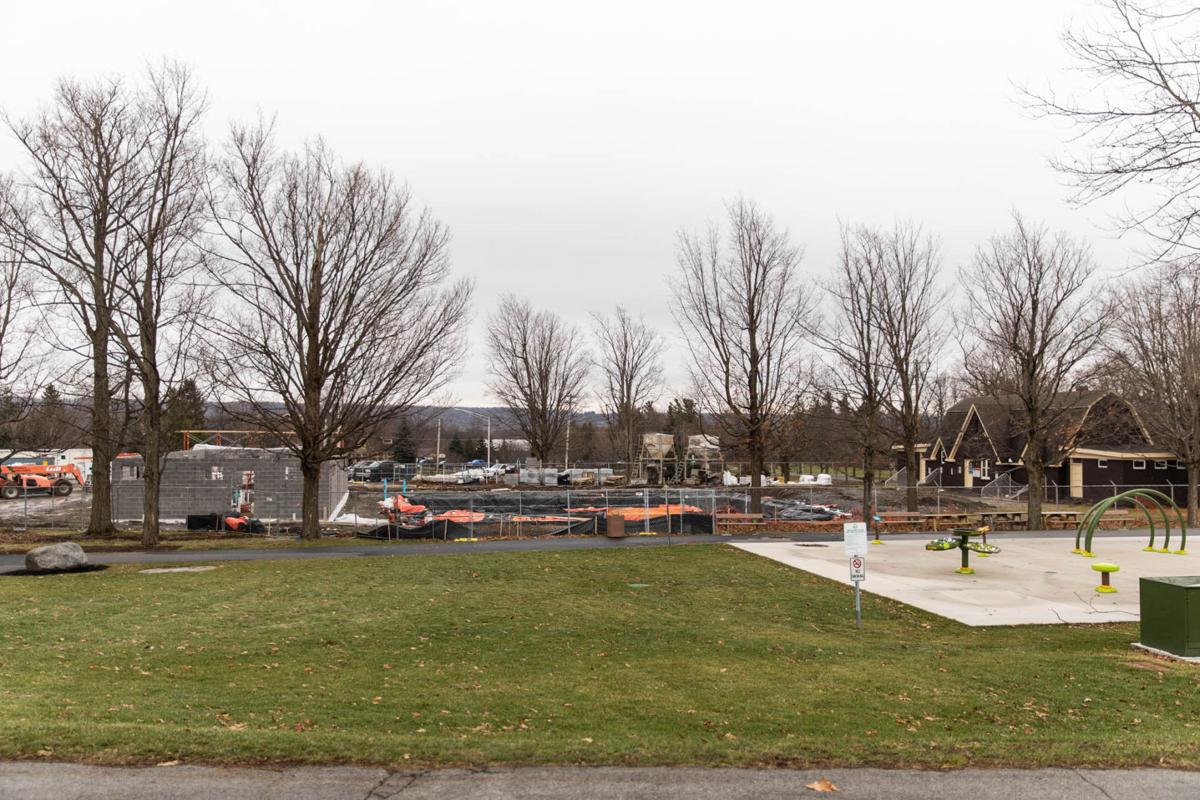 WATERTOWN — In one of his first actions, newly sworn-in Mayor Jeffrey M. Smith will give the City Council a second chance to borrow money to pay for the $3.3 million pool and bathhouse project.

Mayor Smith will introduce an ordinance Monday night for a $1.6 million bond to help pay for the pool project.

In August, the majority of the former City Council decided to take $2.9 million from the city’s fund balance to pay for the brunt of the project, which was considered a risky financial move.

Although he has opposed the pool project, Mayor Smith thinks that bonding would be the more financially responsible way of paying for the pool.

With the weather cooperating, work on the pool and bathhouse has progressed so much in recent weeks that the project must proceed, Mayor Smith acknowledged Friday.

During this fall’s campaign, he said he hoped to have stopped the project before it progressed to this point.

The pool became a major campaign issue this fall after council members Ryan Henry-Wilkinson and Lisa A. Ruggiero and now-former Councilman Cody J. Horbacz didn’t have the four votes needed in August to bond for the project, so they approved using the controversial method of taking $2.9 million from the city’s fund balance.

Mayor Smith and council candidates Sarah V. Compo and Jesse CP Roshia ran on a team opposing the new pool and bathhouse because of its cost. All three won their races.

On Friday, Councilwoman Ruggiero said that proposing the bonding now is bringing up old wounds. She was surprised that Mayor Smith would want to bring up an issue that already has been decided. She doesn’t plan to support it, contending that the pool would end up costing more with interest and bonding fees.

“It’s time to move on,” she said, adding that she doesn’t want to reverse the earlier decision.

Mayor Smith said he doesn’t know whether the bonding will pass, but new Councilman Roshia said he supports it. He brought up the issue during his orientation with department heads before taking office on Jan. 1.

“It certainly has 100 percent of my support,” he said.

Councilwoman Compo has consistently opposed the pool but realizes that there is no going back from having a new pool at Thompson Park finished, so she, too, supports bonding the project.

“I believe it’s in the best interest of the taxpayers and makes the most financial sense to bond for the remainder of the costs associated with the project,” she said.

Still needing four votes, Councilman Henry-Wilkinson is likely to be the deciding vote. He couldn’t be reached for comment.

The bonding would pay for only work that has yet to be done on the project. It cannot pay for whatever work that has been finished, he said.

He’s met with City Comptroller James E. Mills several times since the election to figure out whether bonding could be used and the amount of the bonding.

On Friday, Mayor Smith reiterated his plans to study whether one of the existing pools at the Alex T. Duffy Fairgrounds or North Elementary School on the city’s north side should be closed. If one closed, it would be replaced by a splash pad at that location.

He doesn’t think the city needs to have three pools.

He will propose an evaluation of the two existing pools that the city operates during the summer.

Those two pools have needed some repairs in recent years. It also costs the city between $70,000 and $100,000 to staff and maintain the pools every summer. The potential closing would take place during the summer of 2021.

But Councilwoman Ruggiero opposes the closing of either pool, saying that the city’s low-income families should have a chance to choose between using the three pools.

She opposes cutting city services, especially in the city’s Parks and Recreation Department.

This summer, about 17,000 people used the city’s two existing pools. That is up about 4,000 in attendance from a five-year average, Councilwoman Ruggiero said.

It would be interesting if council members Compo and Henry-Wilkinson are asked to vote to close the North Elementary School pool since it’s named after one of their relatives, William J. Flynn, who served on the City Council from 1946 until 1962.

As for construction on the Thompson Park pool, the pool floor and all the walls have been completed, with the entire structure protected with thick insulation blankets that will be used throughout the winter months.

The bathhouse’s footers and 3-foot high foundation are finished and insulated.

Debt — $1.6 million that would be bonded

Its exactly yes, bonding would be the more financially responsible way of paying for the pool and other sources. https://www.fumigationpestcontrolservices.co.ke/

So instead of leaving the interest free withdrawal from our kids college fund (which we shouldn't have raided but its a done deal now) and paying it back by just refilling the college fund, the plan is borrow money and pay interest instead because that's more responsible? The responsible thing would be to refill the savings account and let the past go.