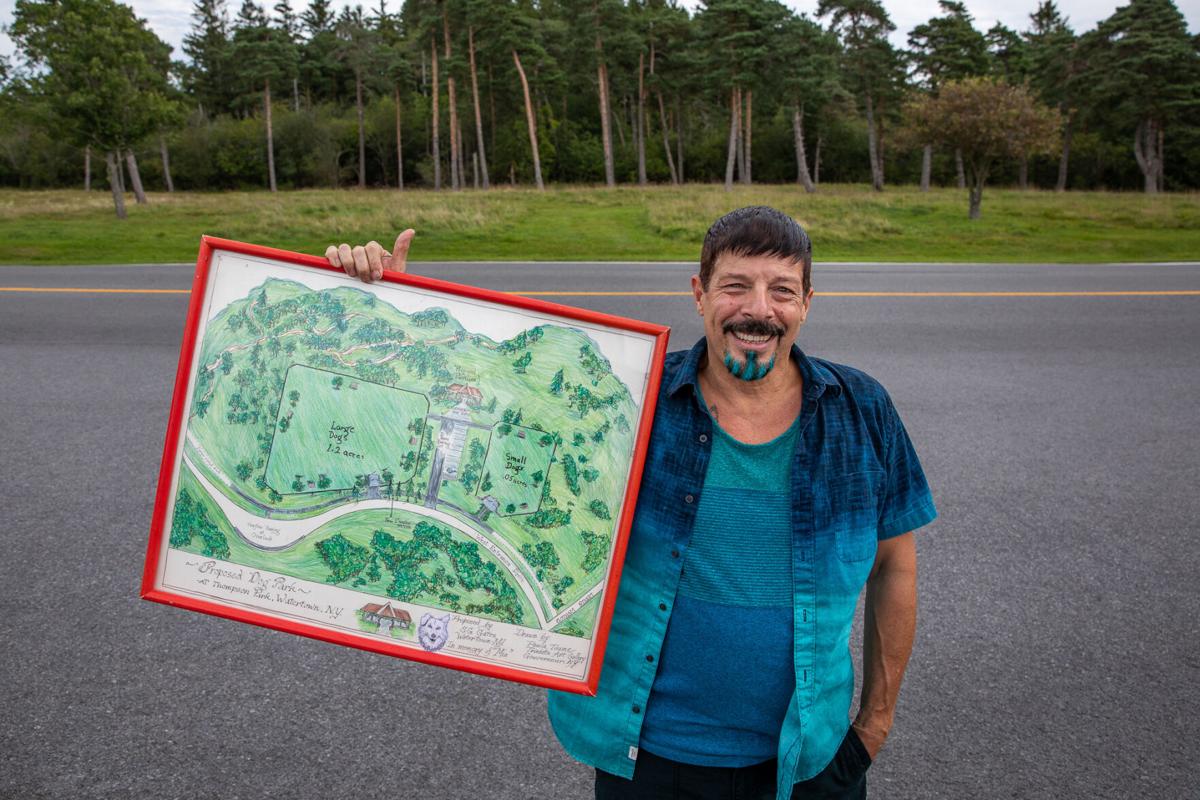 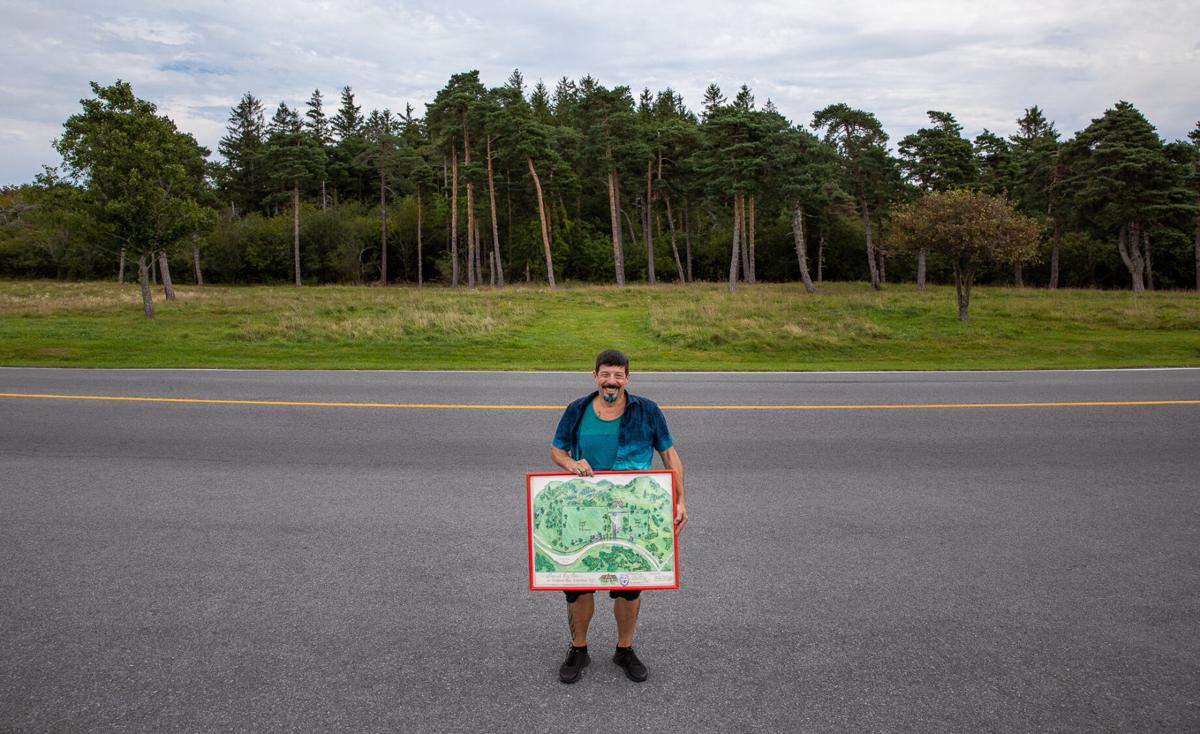 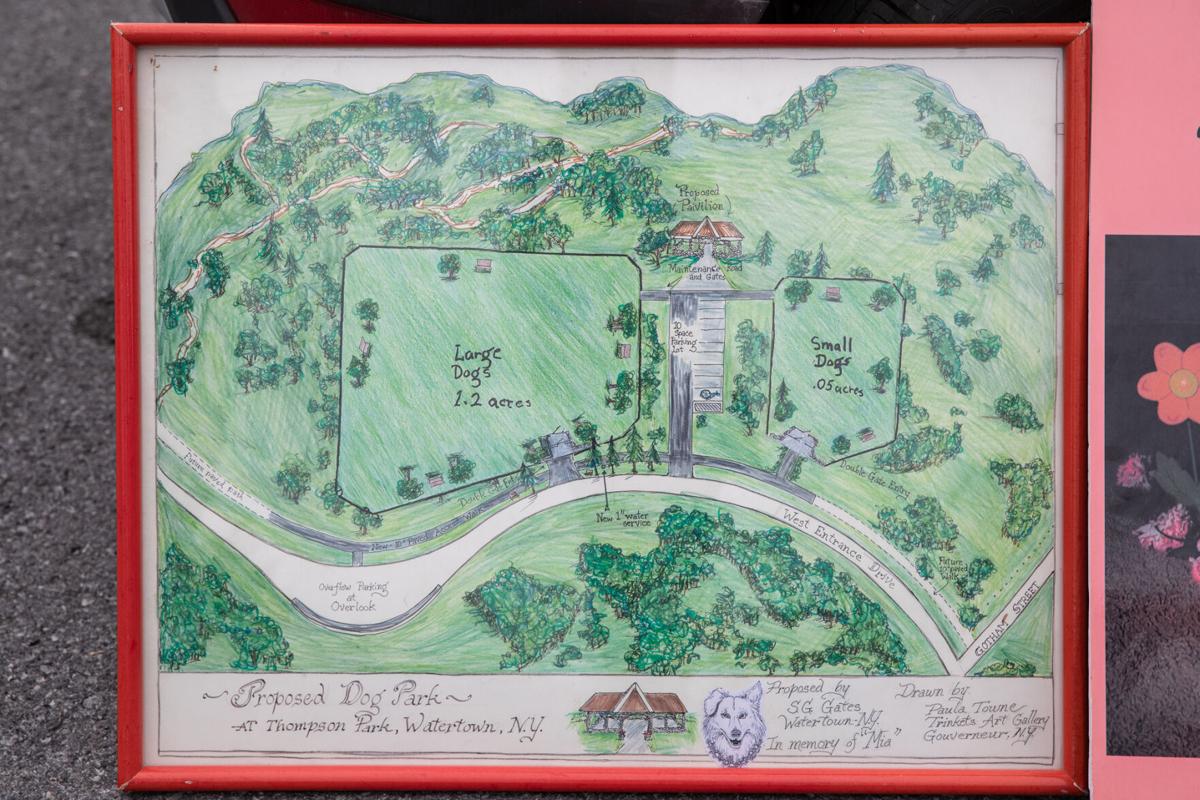 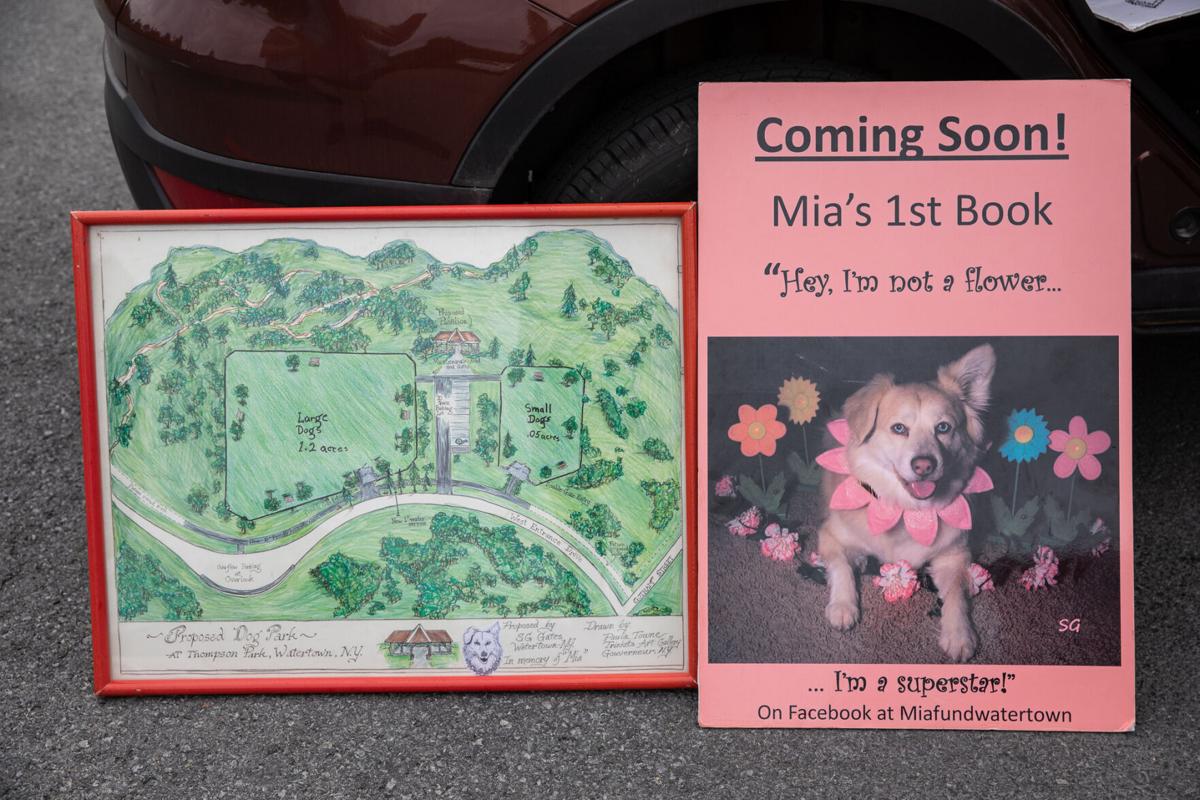 From left, concept art of a proposed dog park, drawn by Paula Towne, and a poster for the fundraiser S.G. Gates has planned to support it, pictured Tuesday in Watertown’s Thompson Park. Kara Dry/Watertown Daily Times 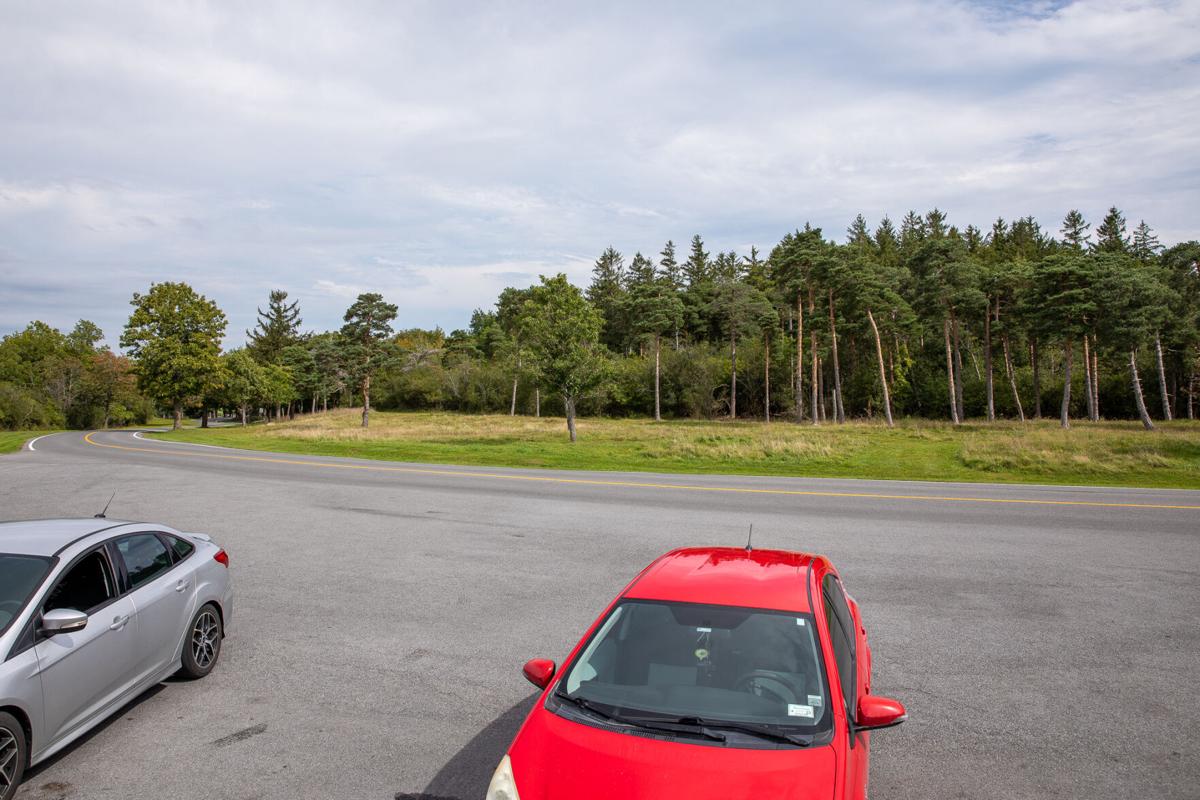 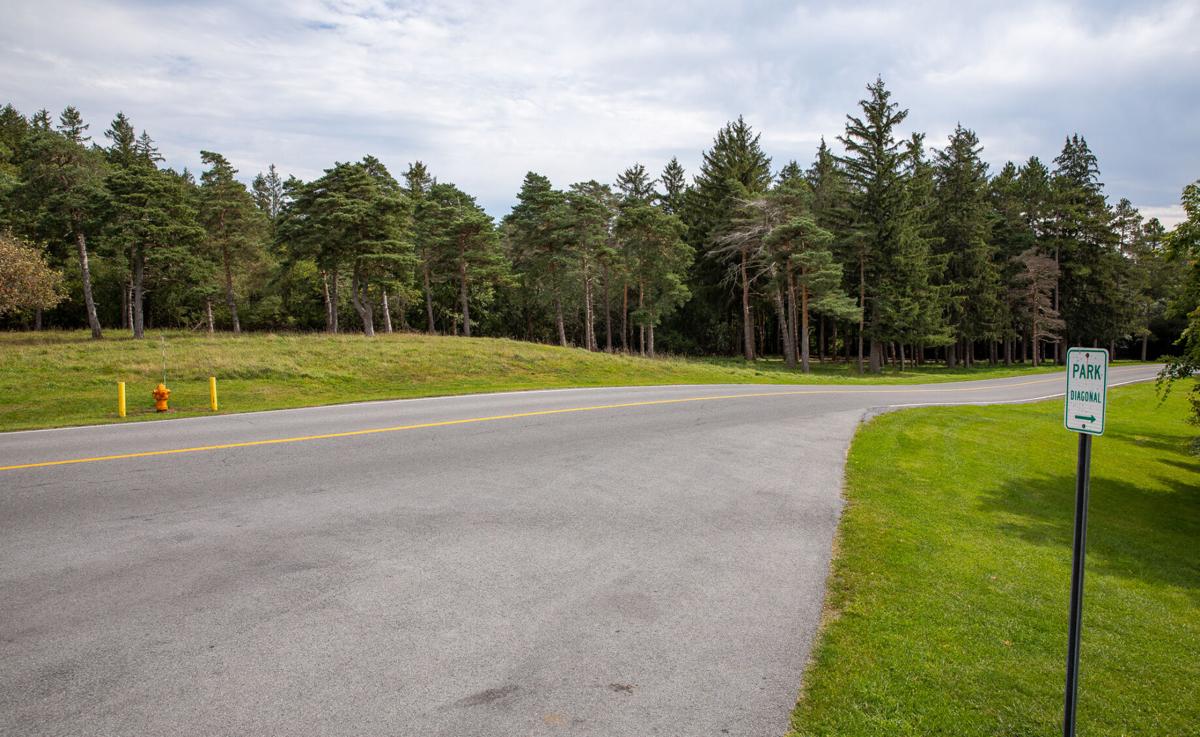 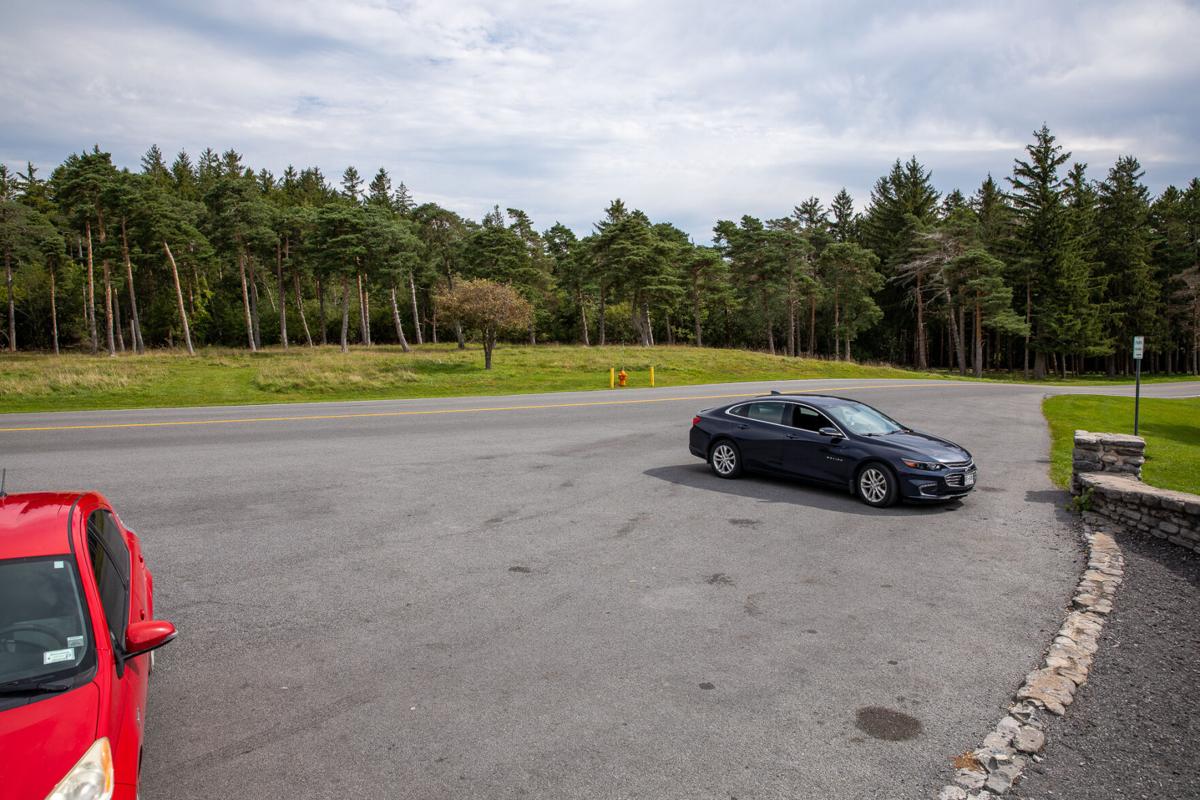 From left, concept art of a proposed dog park, drawn by Paula Towne, and a poster for the fundraiser S.G. Gates has planned to support it, pictured Tuesday in Watertown’s Thompson Park. Kara Dry/Watertown Daily Times

WATERTOWN — Six years after his dog died and 15 years after he first proposed the idea, S.G. Gates might get his wish of a dog park in Thompson Park.

City Council members are again discussing whether they should follow through with Mr. Gates’ longtime lobbying efforts of putting a dog park in Thompson Park.

“I’m very, very cautiously optimistic,” Mr. Gates said Tuesday. “It would be a wonderful asset for the community.”

Mr. Gates began his quest, hoping his dog Mia Marie Bumblebee would someday use the park. The 13-year-old husky died in 2015.

He’s willing to answer any questions that council members might have about the project, noting that Fort Drum, Plattsburgh and many other communities have dog parks.

The last time the proposal came up was in 2019, when Councilman Ryan J. Henry-Wilkinson suggested that the city form an advisory committee to look into creating the project at Thompson Park.

On Monday night, Mr. Henry-Wilkinson brought up the dog park once again, saying that he talked to Councilwoman Lisa A. Ruggiero over the weekend after Mr. Gates reached out to him about it in an email.

Mr. Gates first contacted Councilman Leonard G. Spaziani, who has not been involved in the issue since joining council in January, to see what he thought about it.

Mr. Henry-Wilkinson “doesn’t have any problems” about a Thompson Park dog park.

“I think it’s got to get over some hurdles,” he said, adding that site selection would be one of them.

During Monday’s meeting, council members talked about possible sites for the dog park. They mentioned the original 2006 site on a wooded lot, located near the Gotham Street entrance.

Mr. Henry-Wilkinson said he would be worried about losing some trees that may have to be cut down for the facility.

There also were some complaints a few years ago about the close proximity to the Watertown Golf Club. In the past, a site near Zoo New York was mentioned, but that is now being considered for future development of a parking lot for the zoo.

Mr. Henry-Wilkinson, who hasn’t spoken with Mr. Gates directly, also thought some city-owned green space on Thompson Street, on the city’s north side, might work.

During Monday’s discussion, Mayor Jeffrey M. Smith pointed out that the Jefferson County SPCA has a dog park at its Water Street facility.

The dog park project has been debated for years.

In April 2018, council members agreed that the facility should be in Thompson Park and that the Northern New York Community Foundation would be the fundraising mechanism for the project.

But then Mr. Gates and the city disagreed on how much money should be set aside for maintenance of the dog park after it was built. The project appeared to be dead.

For years, Mr. Gates attended many meetings expressing his desire to see a dog park built at Thompson Park. He strongly opposed building the dog park at Factory Square Park, a little-used green area near the Black River and in a commercial area of the city.

In December 2014, council members chose that location over Thompson Park. The project at Factory Square Park was doomed after it became a political football.