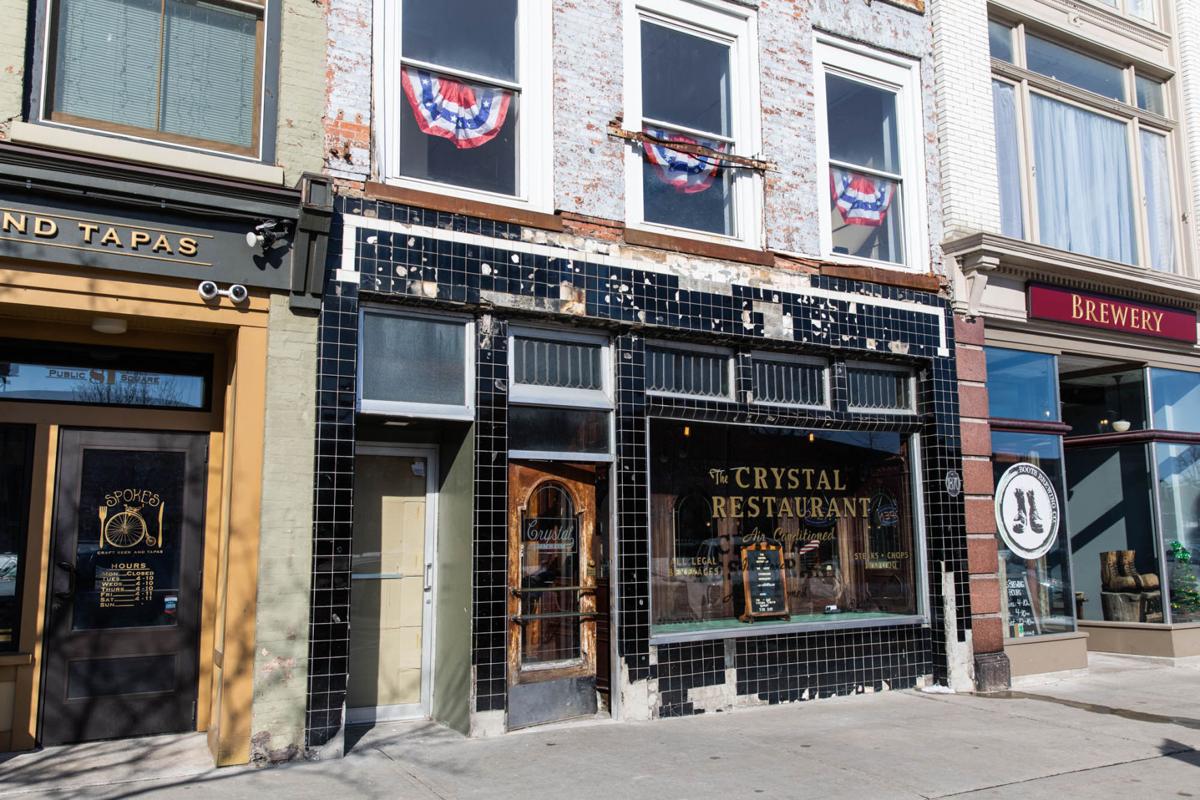 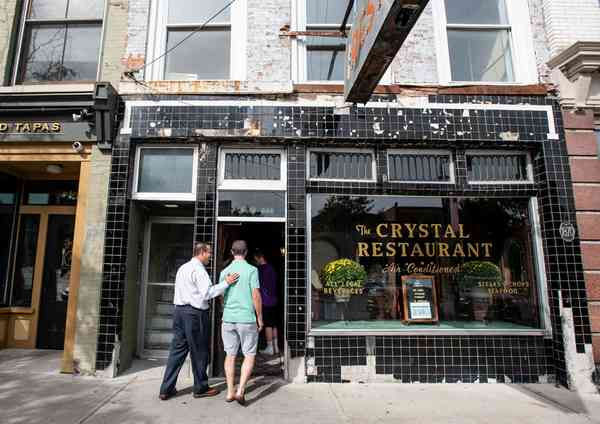 Eating establishments such as the Crystal Restaurant in Watertown are now limited to delivery and take-out services. Watertown Daily Times

Eating establishments such as the Crystal Restaurant in Watertown are now limited to delivery and take-out services. Watertown Daily Times

WATERTOWN — The Crystal Restaurant’s historic neon sign should once again be prominently displayed on the Public Square landmark this spring.

Restoring the restaurant’s historic sign is part of a major facelift that the Crystal will undergo during the next several months.

Once finished, the building’s exterior will “look just like it did originally,” said co-owner Libby S. Dephtereos, who’s husband Peter and his family have owned the city’s oldest restaurant for decades.

The facade work includes a complete restoration of the neon sign, replacing black tiling above the storefront window and around the front door, and repainting the building’s exterior.

For months, the neon sign has been missing from the building’s exterior when it was removed for its restoration.

“People have been asking about it,” Mrs. Dephtereos said.

Right now, the sign is sitting in the shop at Nasco Awnings and Signs Co. on Route 51 ready to be worked on. It won’t be put back up until the facade work is finished.

Reginald J. Schweitzer, executive director of Neighbors of Watertown, said the project will go out to bid in a few weeks.

The exteriors will be renovated with $400,000 from the city’s $10 million DRI program. The Watertown Trust is overseeing the DRI facade projects, while Neighbors of Watertown Inc. is arranging the work with contractors.

The facade projects will occur over at least two phases. One project — the Musselman Building at 221-231 State St. — is nearly done.

The others in the first group of buildings are: Whistler’s Tavern at 107 Public Square; Brownell Abstract at 135 Park Place; SLR Home Improvement at 311 State St.; and an apartment building at 234-236 Coffeen St.

They are currently in varying stages of design and bidding processes but the hope is to have all of that sorted out by April 1, Mr. Schweitzer said. It will take 90 days or less to complete construction for the six buildings.

Another half dozen buildings will start during a second phase, with 12 more that will be under consideration, said Michael A. Lumbis, a Watertown Trust board members and the city’s planning and community development director.

“Our goal is the other ones will follow after these,” Mr. Schweitzer said.

Under the facade program, downtown building owners can apply for a maximum of $25,000 to fix up their facades and receive 75 percent of their costs for facade projects.

Larger projects could receive bigger chunks of DRI funding. The Watertown Trust board also agreed on Thursday that building owners completing bigger projects won’t have to use their own equity,

Yes OK now explain why the family has let the building deteriorate over the past 80 years. It is, and has been for at least ten years, an eyesore. Where is the pride of ownership?