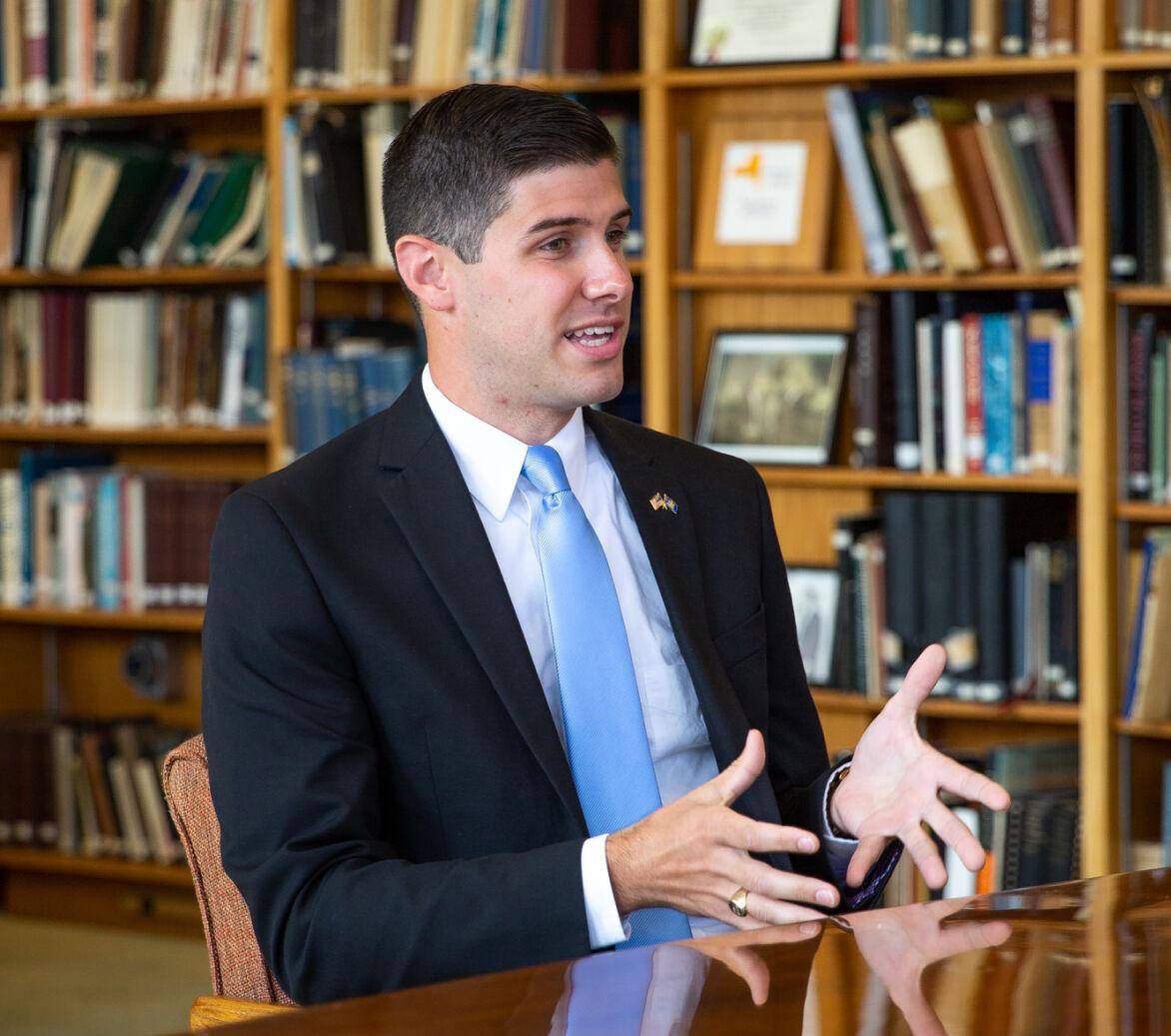 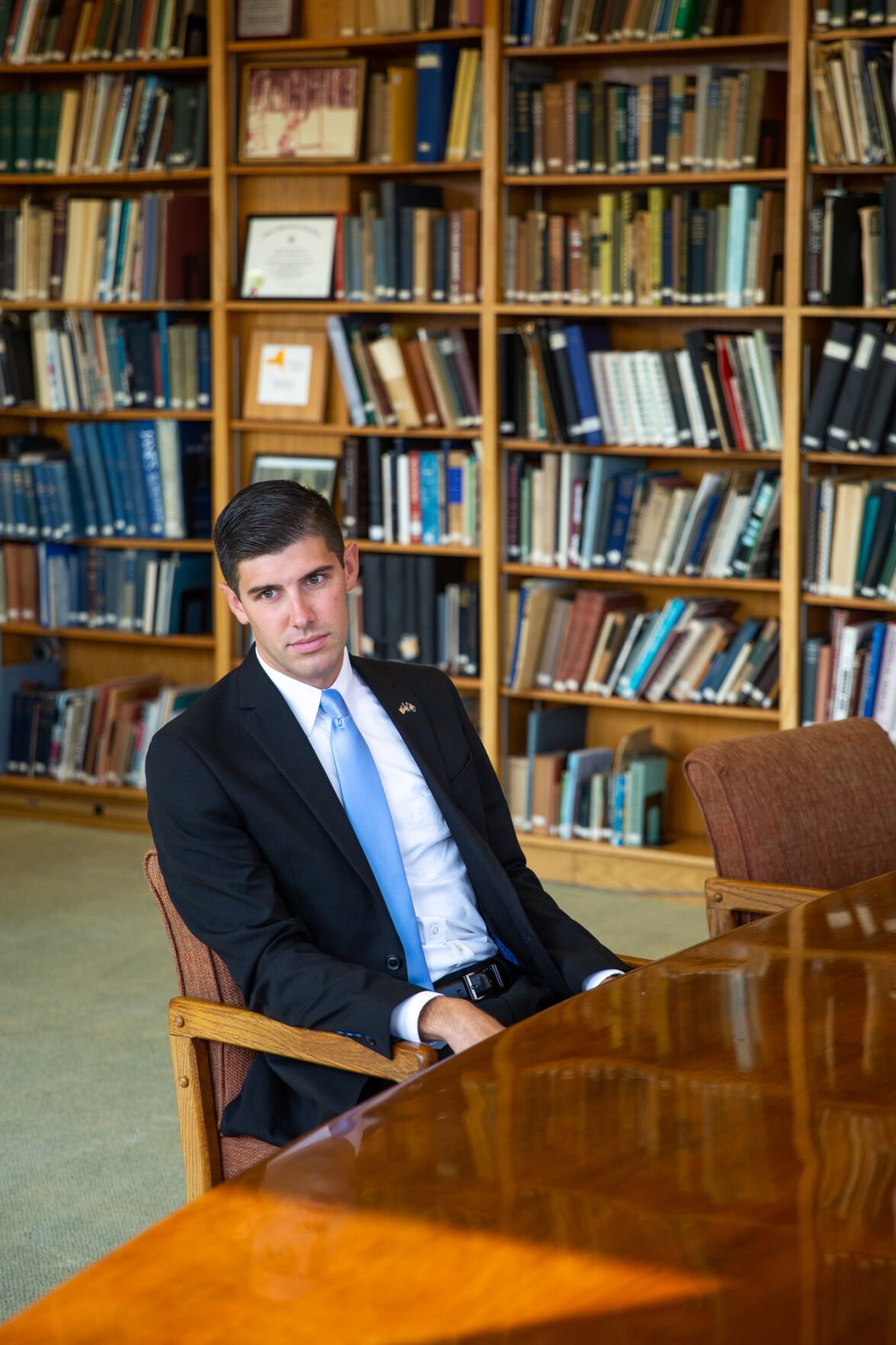 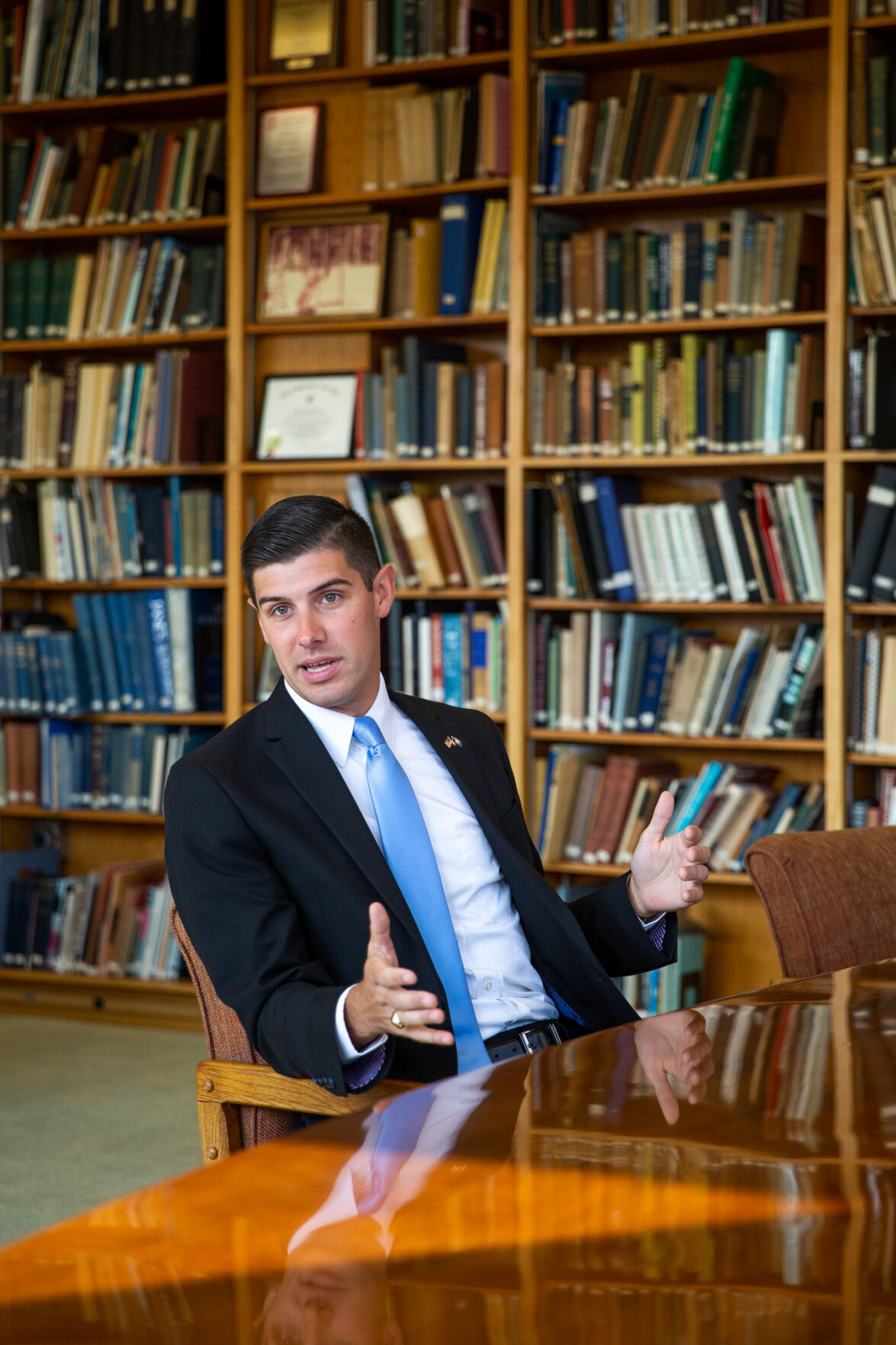 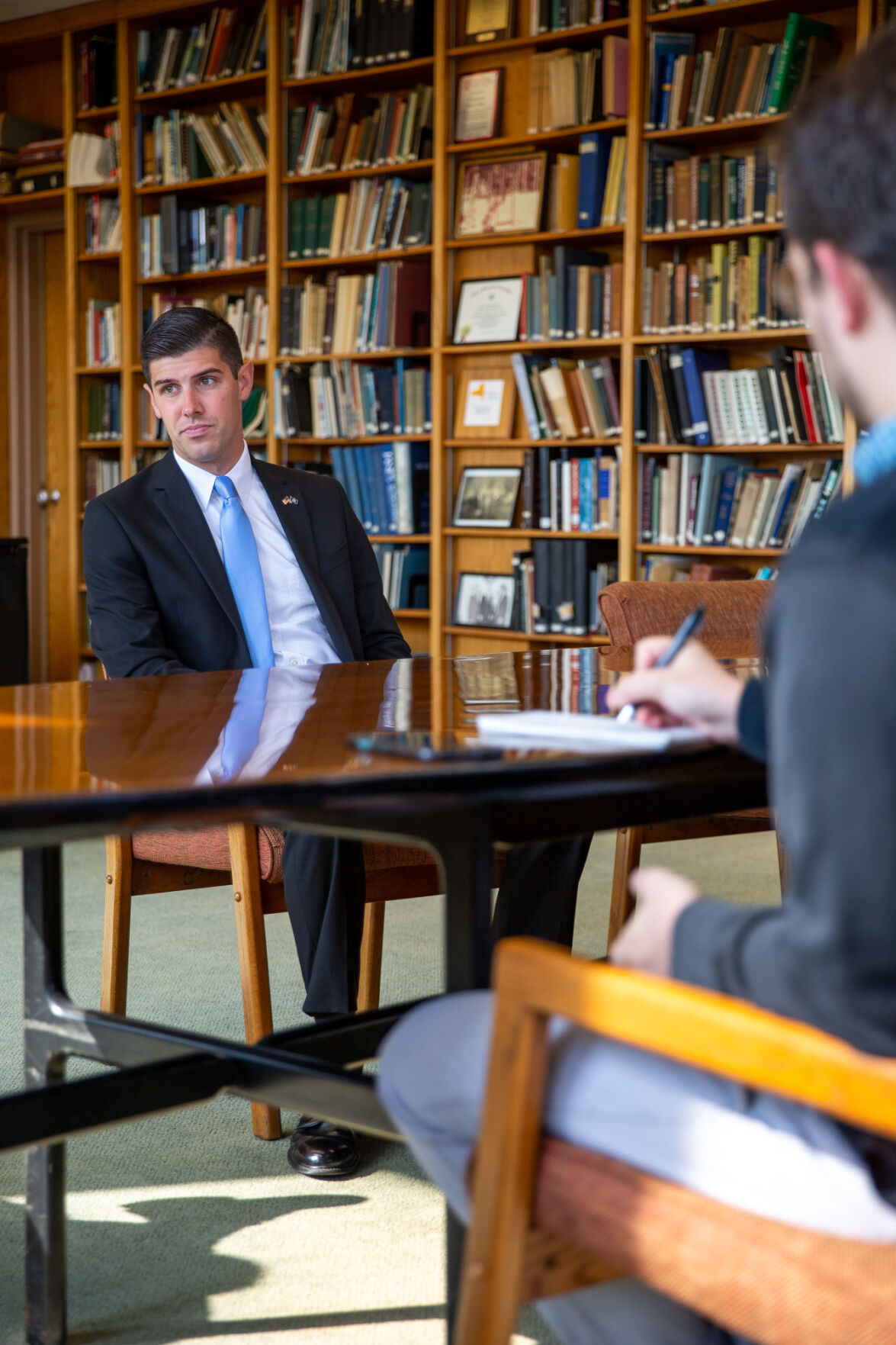 WATERTOWN — Alex V. Hammond, the Democratic candidate in the race for New York’s 116th Assembly District, said he believes local leadership needs to have a voice in Albany, and believes he has the skills to be that voice.

Mr. Hammond was elected as the Waddington town supervisor in 2018 at the age of 21. He was still a senior industrial and labor relations major at Cornell University, Ithaca, when he won that election. He’s tied with one other person for youngest town supervisor in state history. If he were to be elected this year, he would be the youngest state assemblyman since Theodore Roosevelt in 1882.

Mr. Hammond said his age was the last thing on his mind, and he hasn’t seen it become an issue on the campaign trail either.

“It would be an amazing honor to be able to say I’m the youngest Assemblyman since Teddy Roosevelt,” Mr. Hammond said. “But at the end of the day, I think it’s more about actually getting the job done.”

Mr. Hammond was also a music teacher for Madrid-Waddington Central School District — the school he graduated from — and for Lisbon Central School District. He’s an officer in the Army National Guard. Mr. Hammond’s unit was activated during the peak of the COVID-19 pandemic downstate, and he worked as a personnel officer in Utica from April to July, managing National Guard soldiers as they moved around the state.

Speaking with the Watertown Daily Times editorial board on Sept. 22, Mr. Hammond said his experiences as town supervisor for Waddington, a local teacher and an officer in the National Guard have given him the experience, connections and understanding of local issues that need to be represented in Albany.

“We need somebody in Albany who can take that perspective of being a community leader in order to get these problems solved and get some state money allocated to where it needs to be allocated,” he said.

Mr. Hammond said he believes infrastructure is the single biggest issue, specifically the lack of state funding devoted to upstate roads, bridges and other infrastructure.

“What I hear from everyone is lack of state funding, but more mandates coming down,” he said.

Mr. Hammond said Waddington, like many other towns across the state, gets a set amount of money each year to maintain its infrastructure. He said he would like to see the state give localities a lot more money to bring their infrastructure up to standards.

Mr. Hammond said another major issue in upstate New York is job availability. He said the ongoing coronavirus pandemic has only worsened what was already a major problem, and he’s seen no action taken on the issue since before he took office in Waddington.

“We need someone who has a plan to go to Albany and work to fix this problem,” he said. “My plan to do that is to bring BOCES, employers, trade unions and trade schools together ... and build what I call a blue collar workforce pipeline.”

He said many employers he’s spoken with have open positions they can’t find skilled workers to fill, and there are many unemployed people who need training before they can take those jobs. He said his plan would bring more funding to BOCES, to allow them to create the partnerships they need with the major industry players.

The day before Mr. Hammond spoke with the Times, state Comptroller Thomas P. DiNapoli revealed New York state had paid over $706 million for misapplied pharmacy charges through the Medicaid program because of a lack of oversight in the state Department of Health.

Mr. Hammond said, from his perspective, the only way a legislator can be an effective check on the state government is to be a member of the majority party.

“The scenario just laid out (with the state Comptroller’s Office), it sounds like in order to get the job done, you have to have a ‘D’ next to your name, and that is the sad political reality of Albany,” he said.

Mr. Hammond said although he is a Democrat, he’s worked with Republicans in his capacity as town supervisor for Waddington, and he believes that kind of bipartisanship is exactly what is necessary in Albany.

“I’ve worked with four Republicans on my town board for the last three years, and we just do what’s best for the community,” Mr. Hammond said. “We need that same type of perspective in the majority party in Albany, to do exactly that, push back against the governor, or work with the governor in order to increase funding for this district and increase our voice in Albany.”

Mr. Hammond said the north country has had its voice shut out of government because it’s had both an assemblyman and state senator from the minority party. He said with the way Albany functions, while he may not like it, being in the minority means a legislator has no power at all.

“Right now, we’re outside the room where all the decisions are being made, and we’re sitting outside the door looking through the keyhole,” he said. “I, as a member of the majority party, would make our voice heard.”

Money goes where the votes are.

Never gonna happen.. Nothing going to change with Cuomo and Democrats in control...