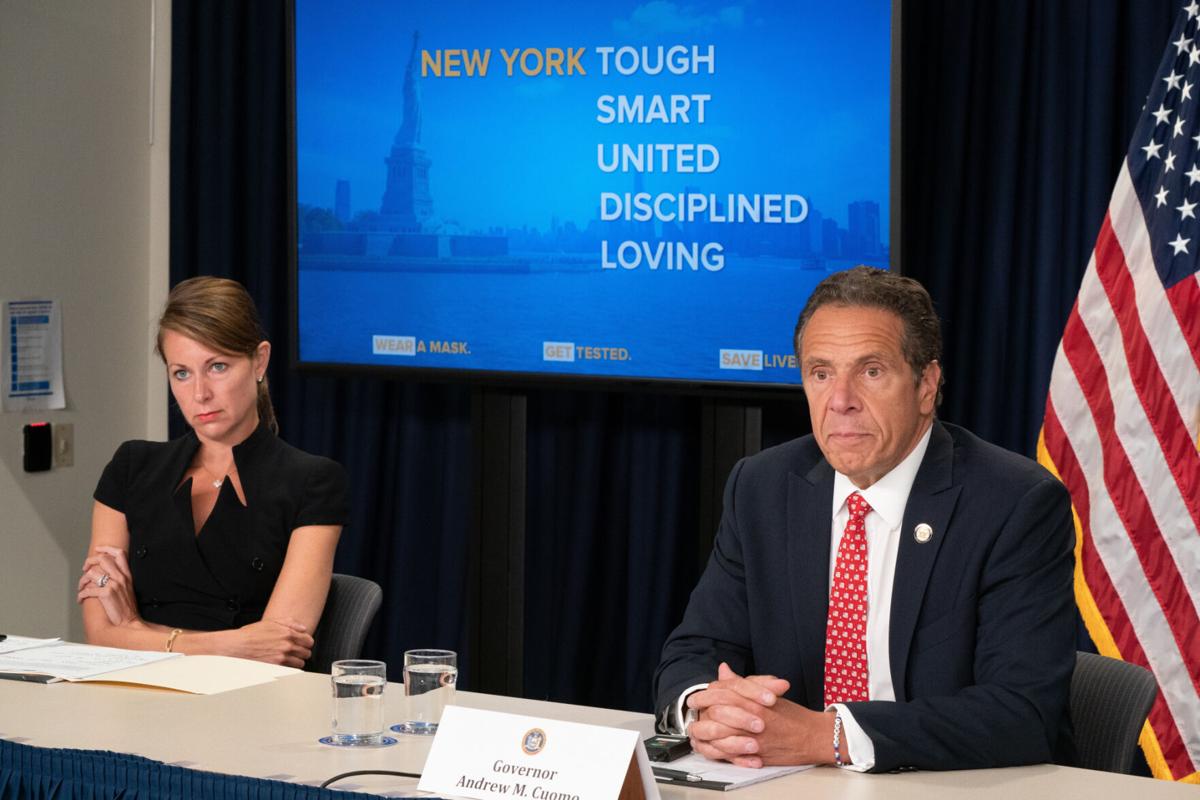 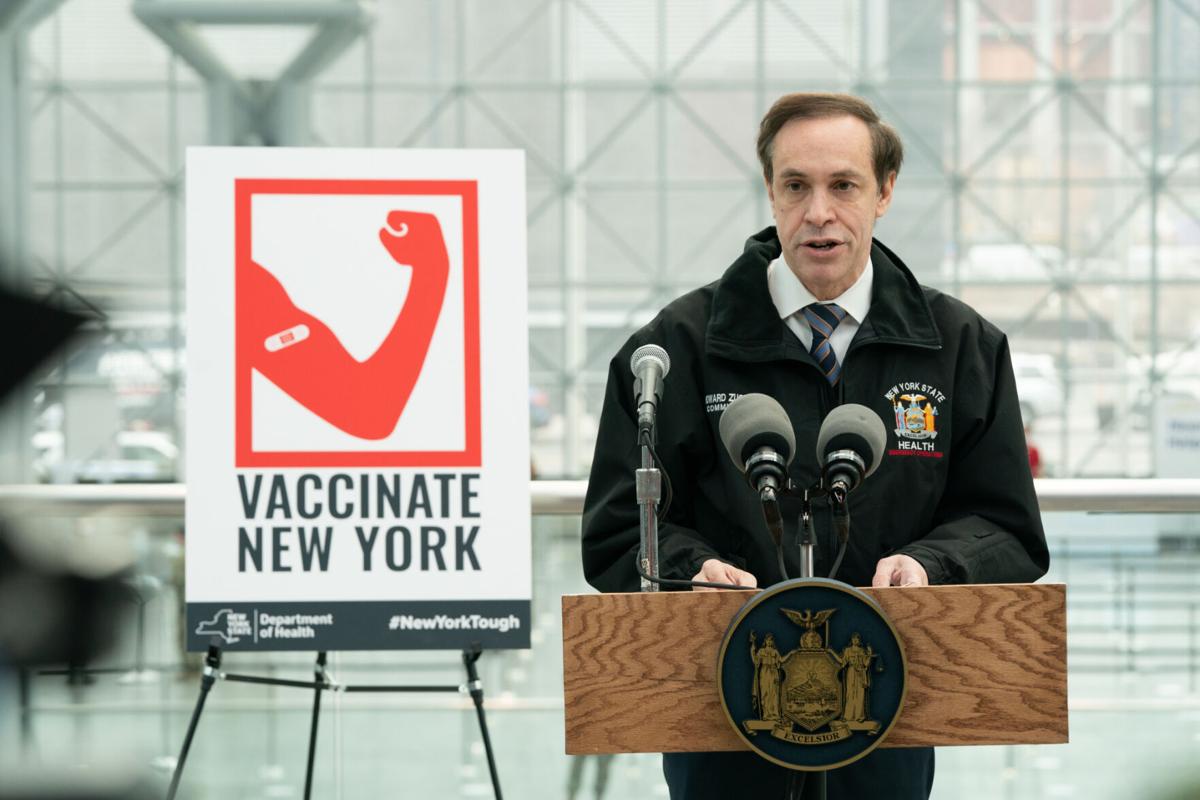 Legislative leaders in both chambers are discussing the potential for an independent probe into the state’s COVID deaths in congregate facilities after Secretary to the Governor Melissa DeRosa admitted to Democratic lawmakers in a private Zoom call this week that the administration intentionally underreported total nursing home fatalities. She said it was done out of fear of political retaliation from former President Donald Trump and federal prosecutors.

Cuomo did not have a regularly scheduled COVID-19 briefing Friday because of an 11:15 a.m. meeting at the White House with President Joe Biden, Vice President Kamala Harris and other U.S. governors to discuss the amount of aid for states and localities in the next coronavirus relief package.

The state’s reported total of COVID-19 deaths in congregate care facilities has increased nearly 60% over the last two weeks to 15,049 people in adult care facilities who died from the virus as of Feb. 9, including 4,122 nursing home resident deaths that took place outside the facility. The state Health Department reported 8,951 total COVID-19 nursing home fatalities Jan. 27.

The state was mandated to release additional death figures Wednesday night in response to a court order and advocates increased demand for an investigation with subpoena power into the state’s handling of the crisis in congregate facilities.

“We said we would release additional data once our audit was complete and ahead of the commissioner’s budget testimony — We’re doing that,” Health Department spokesman Gary Holmes said in a statement Friday.

The U.S. Department of Justice sent a letter to Cuomo on Aug. 26 of last year requesting COVID-19 data because of a March 25, 2020, Health Department memo that allowed virus-positive nursing home patients to return to the facility to recover. Many people argue the directive may have contributed to the deaths of thousands of elderly nursing home residents.

The governor’s office did not release what data was sent to the Justice Department, or when.

In a statement Friday, DeRosa defended what she said to Skoufis.

“I was explaining that when we received the DOJ inquiry, we needed to temporarily set aside the Legislature’s request to deal with the federal request first,” she said. “We informed the houses of this at the time. We were comprehensive and transparent in our responses to the DOJ, and then had to immediately focus our resources on the second wave and vaccine rollout.

“As I said on a call with legislators,” she added, “we could not fulfill their request as quickly as anyone would have liked. But we are committed to being better partners going forward as we share the same goal of keeping New Yorkers as healthy as possible ...”

The Justice Department sent a subsequent inquiry Oct. 28 about the state’s nursing home data, according to the governor’s office. The department did not respond Friday to requests for an update on the inquiry or what data the state provided the federal government.

“We urge the Senate to advance and adopt a repeal as expeditiously as possible,” according to the senators’ joint statement Friday. “... it is clear that the expanded emergency powers granted to the Governor are no longer appropriate.”

Senators in the Republican minority conference have presented a resolution to rescind Cuomo’s broadened powers since session began Jan. 6.

“For months, my colleagues have been accused of playing politics when in reality, we are trying to get answers for the thousands of families who lost loved ones in nursing homes,” Senate Minority Leader Rob Ortt, R-North Tonawanda, said Friday. “The leaked tape of the secret meeting held between administration officials and legislative Democrats confirms that not only did Cuomo’s office deliberately withhold information from the public and the Legislature, they did it to obstruct justice and dodge a federal investigation.

“It’s an absolute dereliction of duty and breach of public trust, and everyone involved must be held accountable,” he added.

Barclay, Assemblymember Kevin Byrne, R-Mahopac, as well as Republicans in both chambers held press conferences and released statements, standing united in calls for Attorney General Letitia James — who released a report two weeks ago that officials underreported COVID-19 nursing home deaths by about half — or another special prosecutor to conduct an investigation.

They pushed their Democratic colleagues to act in holding a series of public hearings and subpoenaing Health Department Commissioner Dr. Howard Zucker and other witnesses.

The Assembly leader doubted the Cuomo’s administration and Health Department officials will admit to mistakes.

This must be Russian disinformation and should be censored as it is against a democrat.

>Examples of Covid being politicised by both parties are common.... going back to early Covid... President Donald Trump blamed "blue states" for increasing the nation's death rate from coronavirus, suggesting that if "you take the blue states out" of the equation the United States would be far more competitive with other countries. Cuomo's actions will probably cost him in the short term...as will Stefanik's re - election... As usual, both parties have ammo to blame each other...in the end both will survive...