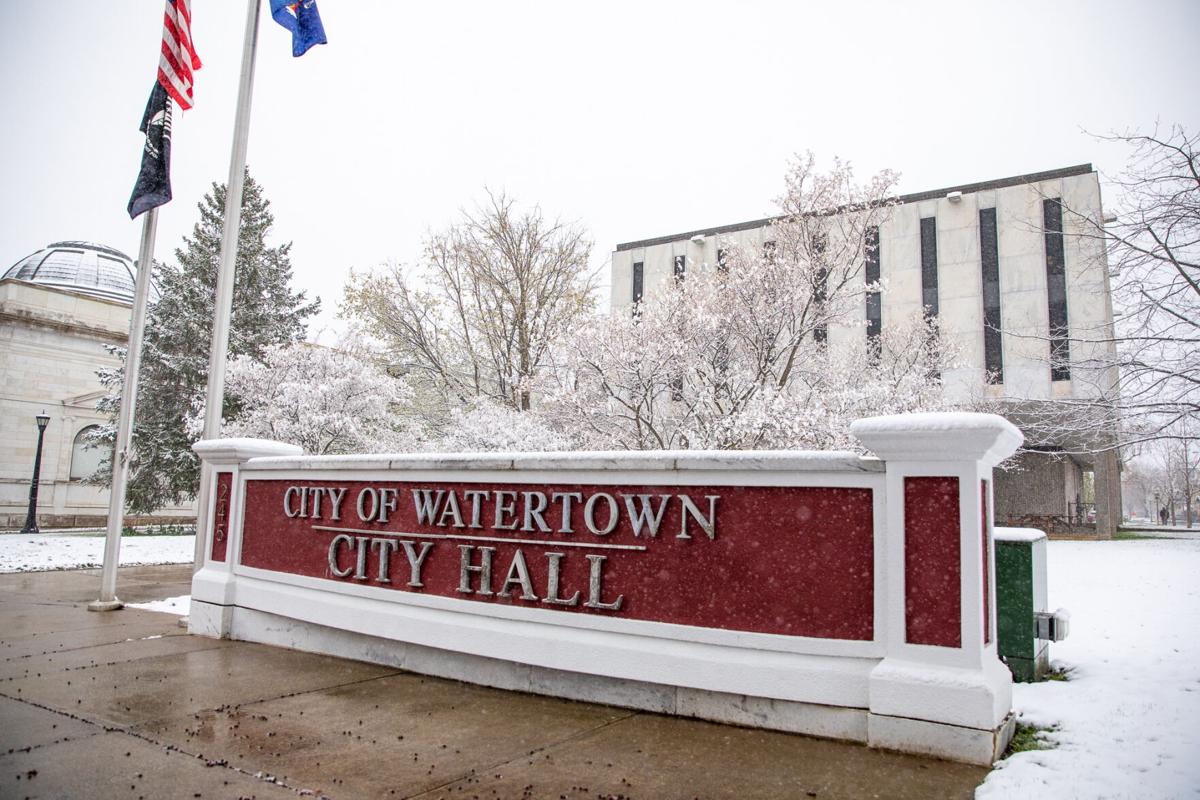 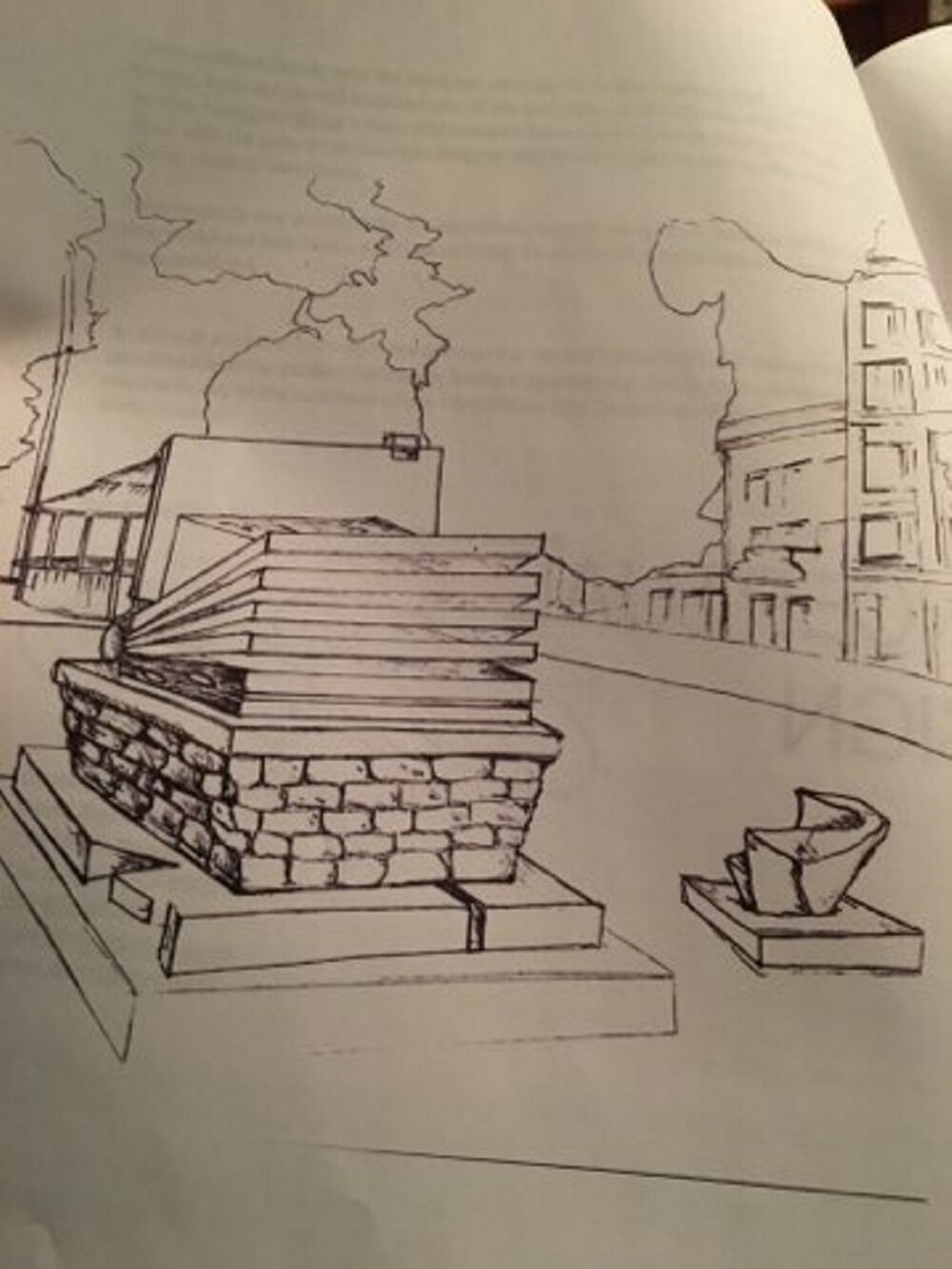 WATERTOWN — The city Planning Department doesn’t know what comes next if the City Council doesn’t like a controversial public art project that’s been selected for the median of Public Square.

On Tuesday night, council members will have to decide whether to approve the downtown public art, which has already received a share of criticism and debate.

The selected piece was conceived by Los Angeles sculptor David Grieco, the brother of actor Richard Grieco. The two brothers grew up in Watertown.

The main component of the piece is a stainless steel sculpture in the shape of an open book that sits atop a limestone base.

On his website, Mr. Grieco wrote that his passion for nature and form has been part of his work since 1991, adding that he has created designs “almost as if to capture a moment in nature that should have been.” Since 2018, he has focused on his collection of functional form with personal collectors and interior designers. This year, he will exhibit a new collection, titled “Bread Ties.”

In his memo to the city, the artist mentioned that his grandfather Louis owned the Lincoln Building and his grandmother owned the Barbara Hat Shop near the American Corner, the conjunction of Arsenal and Court streets and Public Square.

A four-member committee recently recommended Mr. Grieco’s piece out of five finalists. More information about the piece will be unveiled as part of the council agenda, set to be released Friday.

Council members will have the final say on Monday whether the $155,000 project moves forward.

But some members of the Advantage Watertown board — a group of community and business leaders who meet monthly to talk about city issues — don’t like it.

During an Advantage Watertown meeting Thursday, member Brian Ashley asked whether the city could throw out all five projects and start from scratch to find another one that would better fit downtown and its history.

“I looked at the five of them and I didn’t like any of them,” she said.

But Senior City Planner Jennifer Voss said the New York Department of State established the selection process because it dealt with public funding, so it required the city go through a request for proposals from artists.

The city could not just commission an artist to complete the project, she said.

The city received nearly 3,700 responses from a city survey that displayed the five finalists’ work, with nearly 49% of the comments positive for Mr. Grieco’s sculpture.

“I’m excited about the art work and look forward to working on it if council approves our recommendation,” Ms. Voss said after Thursday’s meeting.

She doesn’t know what will happen to the project and the $155,000 in Downtown Revitalization Initiative money if the council says no, adding that the state requires the city to complete the project by the end of 2023.

The city is looking at a single piece of art that would be placed on the eastern side of the median in Public Square, with the exact spot to be 15 feet by 20 feet.

Fifteen artists from across the country submitted their ideas for the free-standing art. The committee whittled that number to five finalists and asked the public to give input in the survey.

Last month, Councilwoman Lisa A. Ruggiero and Sarah V. Compo Pierce also said they were hearing from constituents that they didn’t like the five options.

The concepts from the five artists were selected based on whether they followed the required criteria and whether they would best fit into the character of Public Square.

Artists had until Nov. 1 to submit their ideas. The city advertised nationally to find the artists.

I think the parameters given out should have been more specific in scope in order to get appropriate submissions from the artists. The piece of art being put forth, is the only one that is even remotely appropriate to keep in line with the historic character. To me, that's too much of a stretch to spend $155k on. I think they should request new submissions with different criteria.

Leave it as is. We dont need art work down there. Waste of taxpayer money