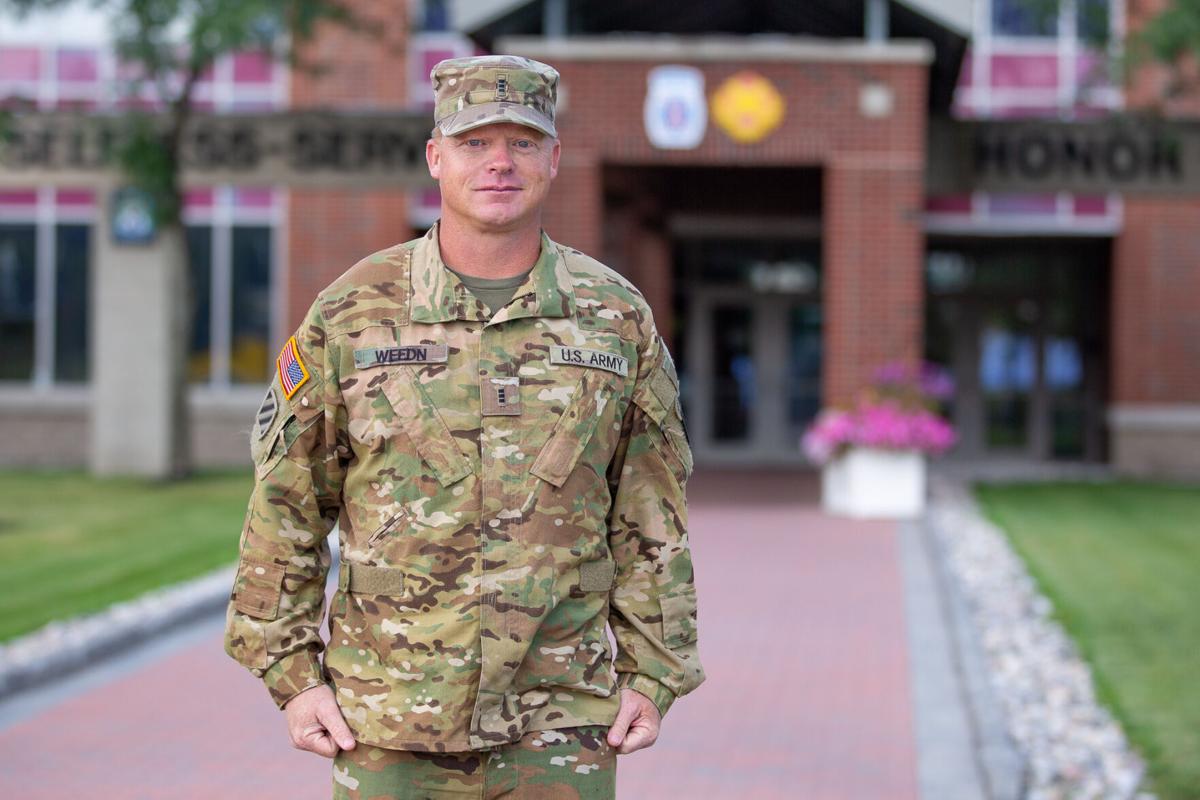 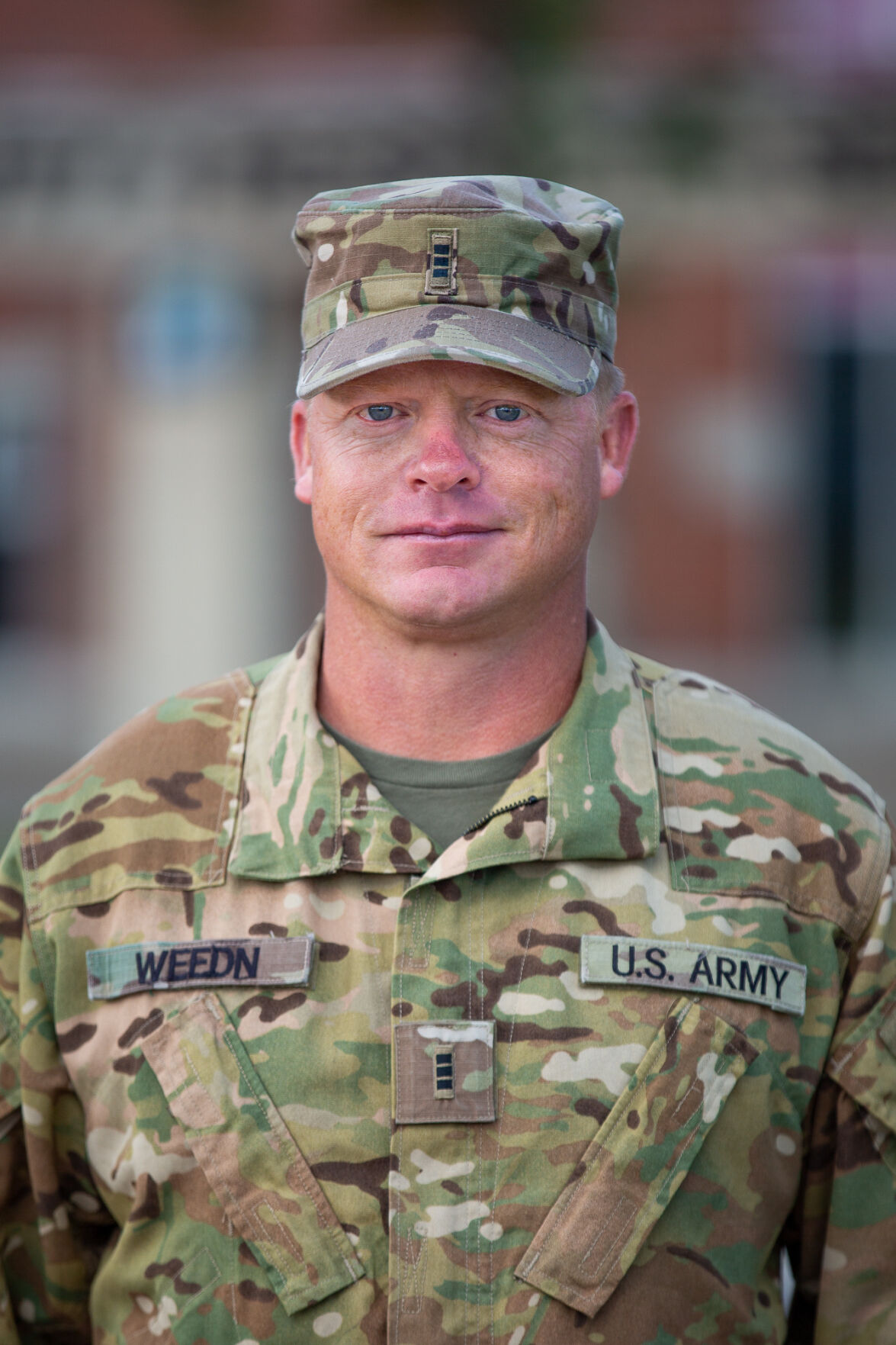 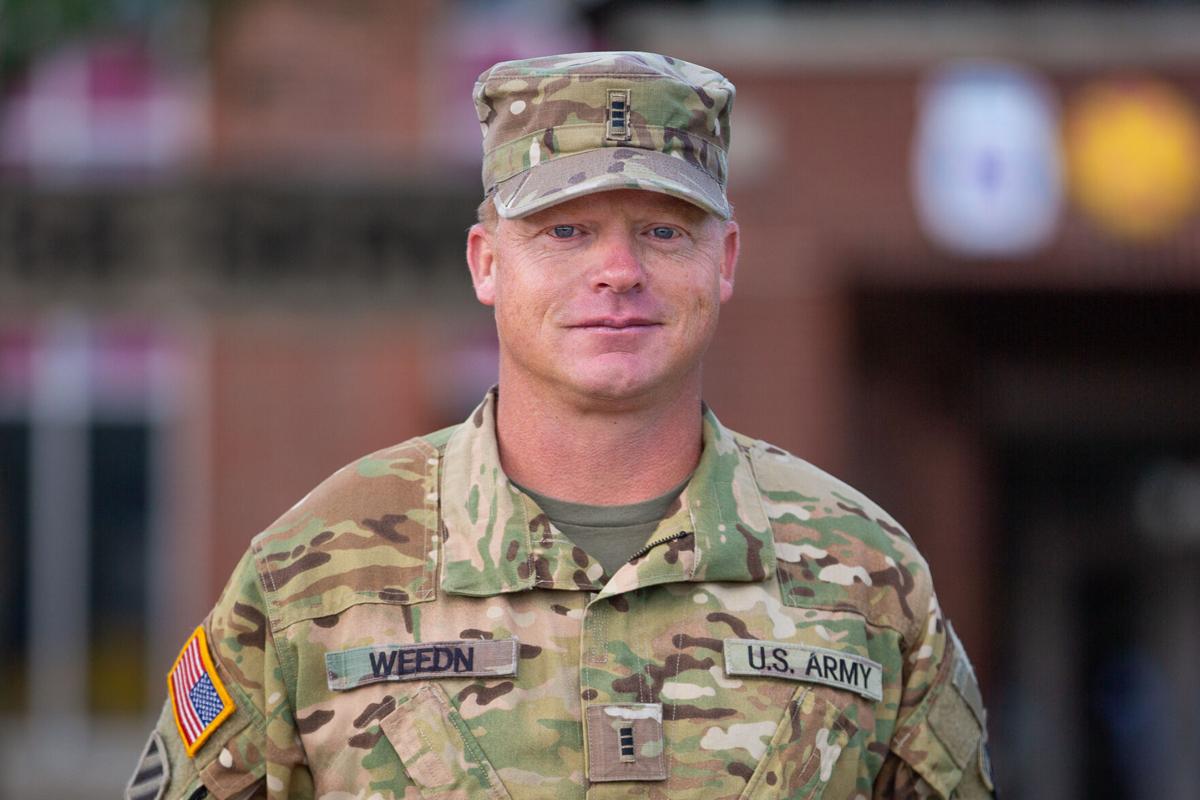 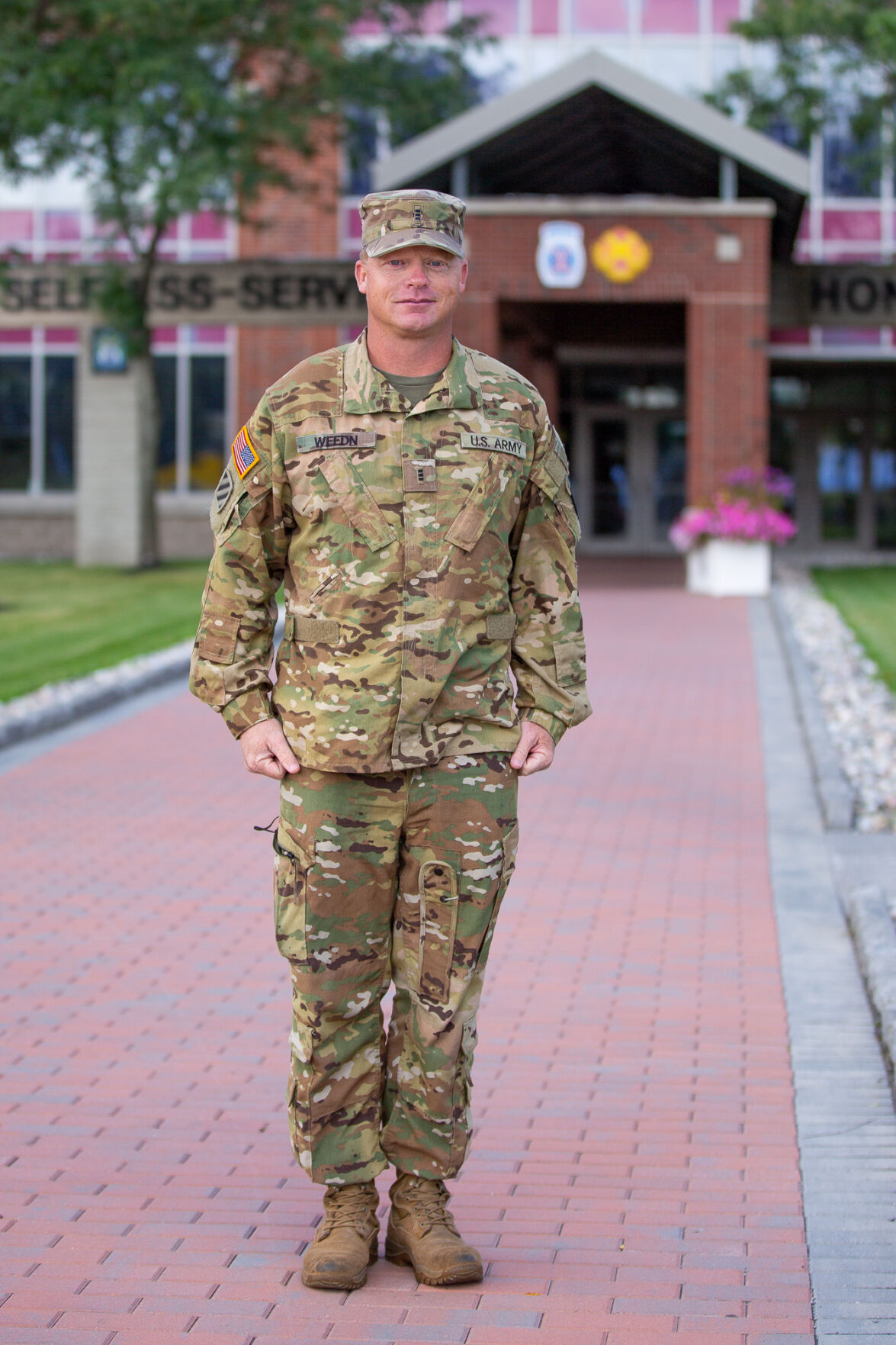 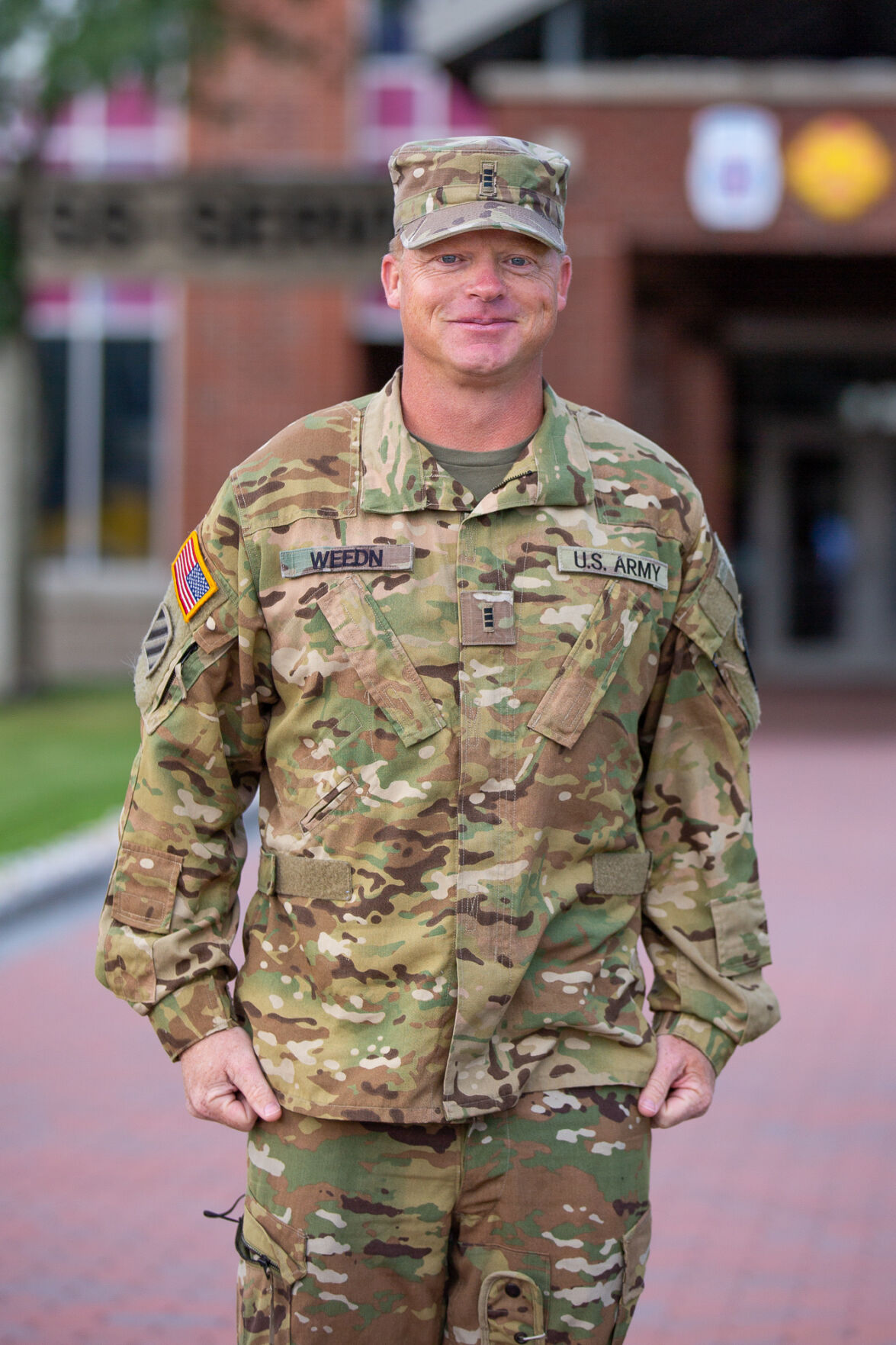 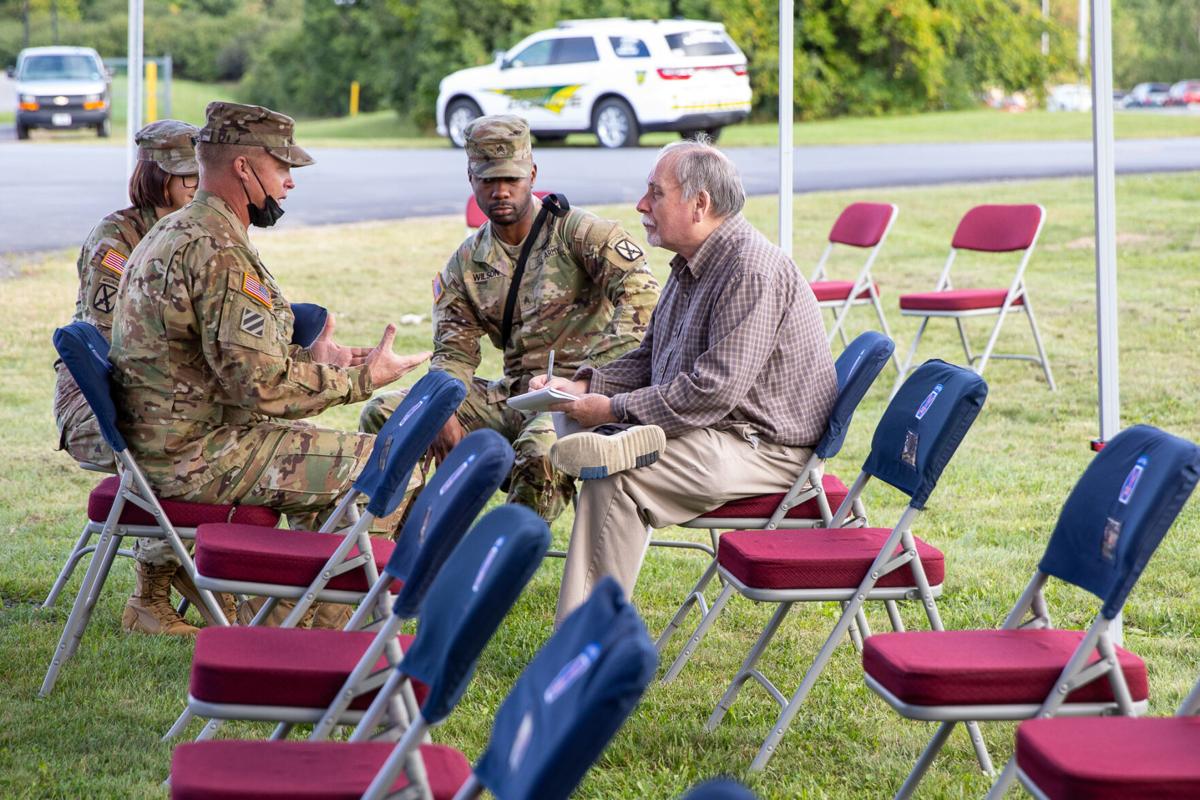 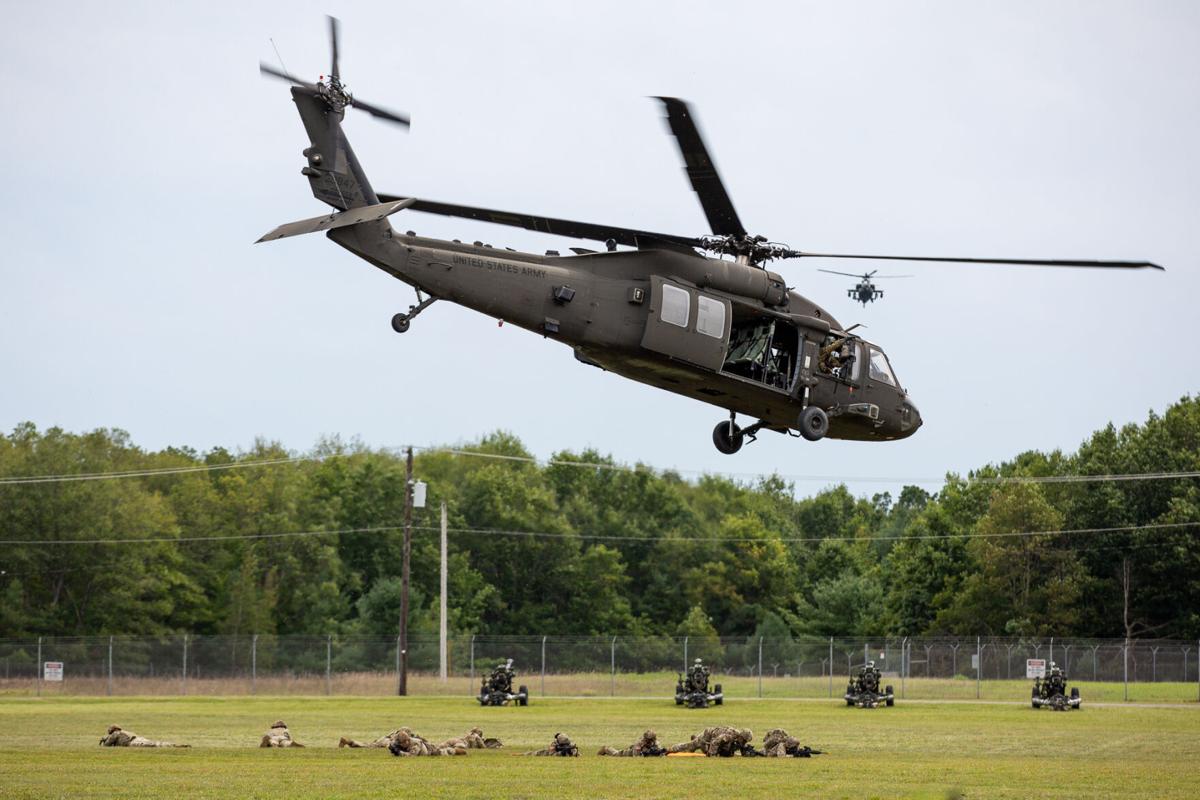 Soldiers unload from a Blackhawk helicopter and take position on the ground as they perform tactical and training demonstrations during a Salute To The Nation Ceremony on Sept. 1 for Mountain Fest at Fort Drum. Kara Dry/Watertown Daily Times 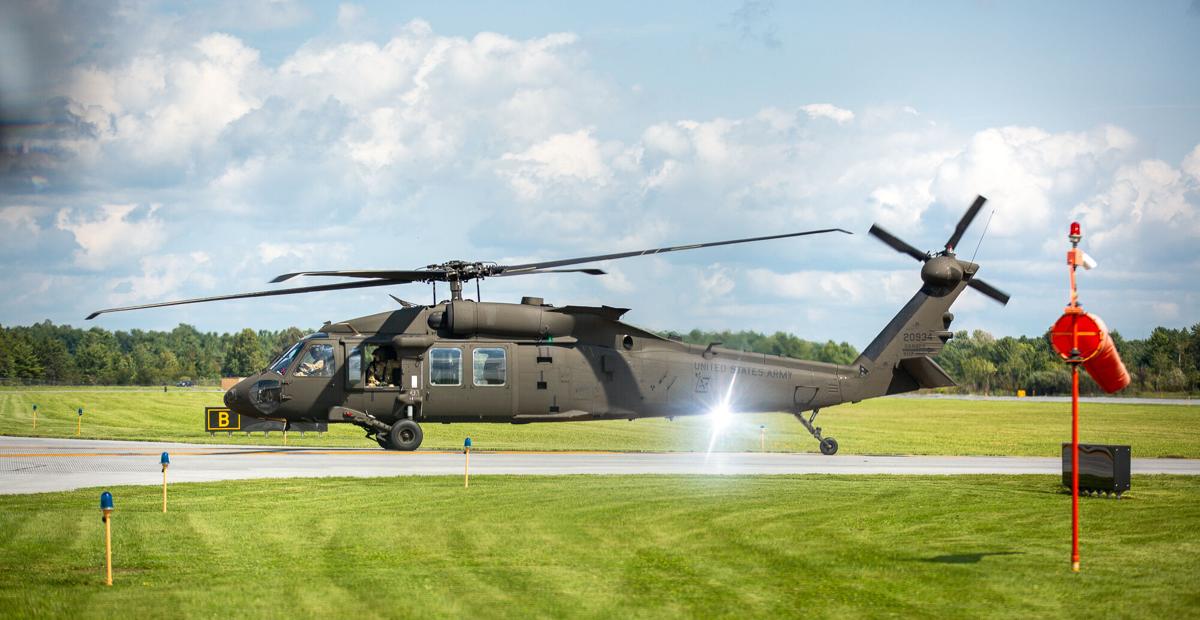 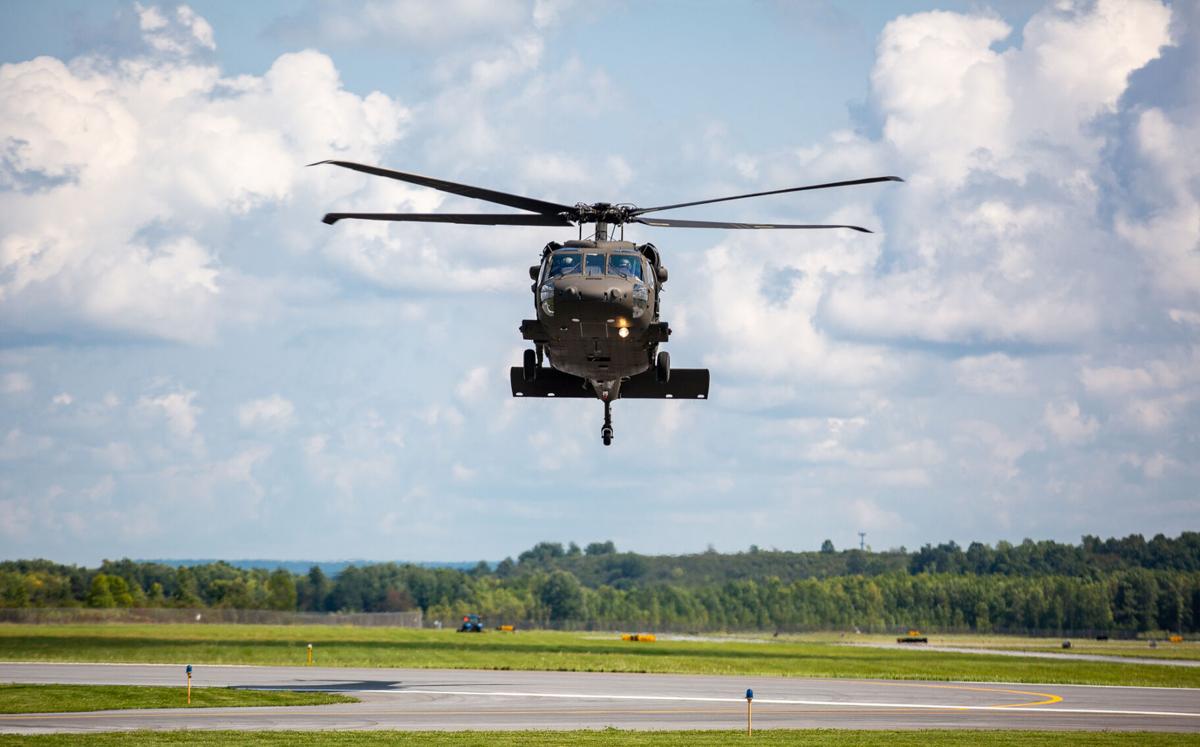 Soldiers unload from a Blackhawk helicopter and take position on the ground as they perform tactical and training demonstrations during a Salute To The Nation Ceremony on Sept. 1 for Mountain Fest at Fort Drum. Kara Dry/Watertown Daily Times

FORT DRUM — Chief Warrant Officer James M. Weedn wasn’t glued to the television to watch what was unfolding at the World Trade Center and the Pentagon, like the rest of America, did 20 years ago.

Officer Weedn, 43, now a Black Hawk test pilot at Fort Drum, was in basic training. He had just joined the Army on Aug. 23, 2001, 18 days before America was attacked.

So he wasn’t like many servicemen and women who joined the military to fight against terrorism — he was already serving his country.

Actually, he had no idea that the Twin Towers were attacked until a couple of days later. Without media access, he and the others in basic training “heard some rumors,” but didn’t know much, he remembered.

“At first, we weren’t told anything about it,” he said. “We thought our drill instructors were just messing with us.”

Finally, two days later, their brigade commander briefed them on what everyone else in the country already knew.

On Friday, Officer Weedn was among about 150 Fort Drum soldiers and leaders who attended the 10th Mountain Division’s ceremony commemorating Sept. 11 to remember and honor the nearly 3,000 people who died in the terrorist attacks.

But he doesn’t have those memories that most Americans have about that day. His memories of Sept. 11 are drastically different.

They were focused on their training before the planes hit the Twin Towers, and they focused on it after that day, he recalled.

Since those days in basic training, the chief warrant officer — a member of the Bravo Company, 2nd Battalion (Assault), 10th Aviation Regiment — served during three deployments, two in Iraq and one in Afghanistan.

After the U.S. invaded Iraq in 2003, he was deployed to Baghdad, where he worked as a mechanic on Apache helicopters and stayed until then next year. In 2006, he was deployed to Taji, Iraq as a technician responsible for quality assurance on other choppers.

After his promotion as a chief warrant officer in 2010, he became a helicopter pilot and was sent to Afghanistan in 2012.

He flew 300 hours of combat missions during his 9-month deployment in Kandahar, Afghanistan, while also transporting generals and other VIPs around the country.

In Afghanistan, the Combat Aviation Battalion consisted of hundreds of pilots, thousands of military personnel and equipped with Cobra, Apache, Chinook and Black Hawk helicopters.

He participated in a variety of combat missions, both during the day and at night. In the beginning, he felt secure and didn’t fear being shot down, but the situation became more worrisome at times.

“There were ups and downs, ebbs and flows,” he said.

He was 23 when he joined the Army after attending Bethany College in Kansas on a football scholarship.

After he left college, the chief warrant office found himself working at bars and restaurants with no future. His younger brother just signed up for the Air Force, so he saw what military life was doing for his brother, he recalled.

“The Army gave me purpose,” Officer Weedn said, adding that it gave him an opportunity to work on a career path in aviation.

In his 20 years in the Army, he’s done just about everything he could involving helicopters. He’s been at Fort Drum for the past year.

At Fort Drum, Officer Weedn has worked as a test pilot — mainly flying Black Hawks — to make sure that helicopters are combat ready, focusing on the rotors, or spinning parts, and on the engine.

It’s a specialized job to ensure the safety and air worthiness of the choppers by reviewing a variety of checks and task systems, he went on say.

He’s also worked on maintaining them and is now embarking on a new position of evaluating test pilots, he said.

But on Friday, it was about honoring those who died on Sept. 11, he said.

“It’s about remembering the past,” he said