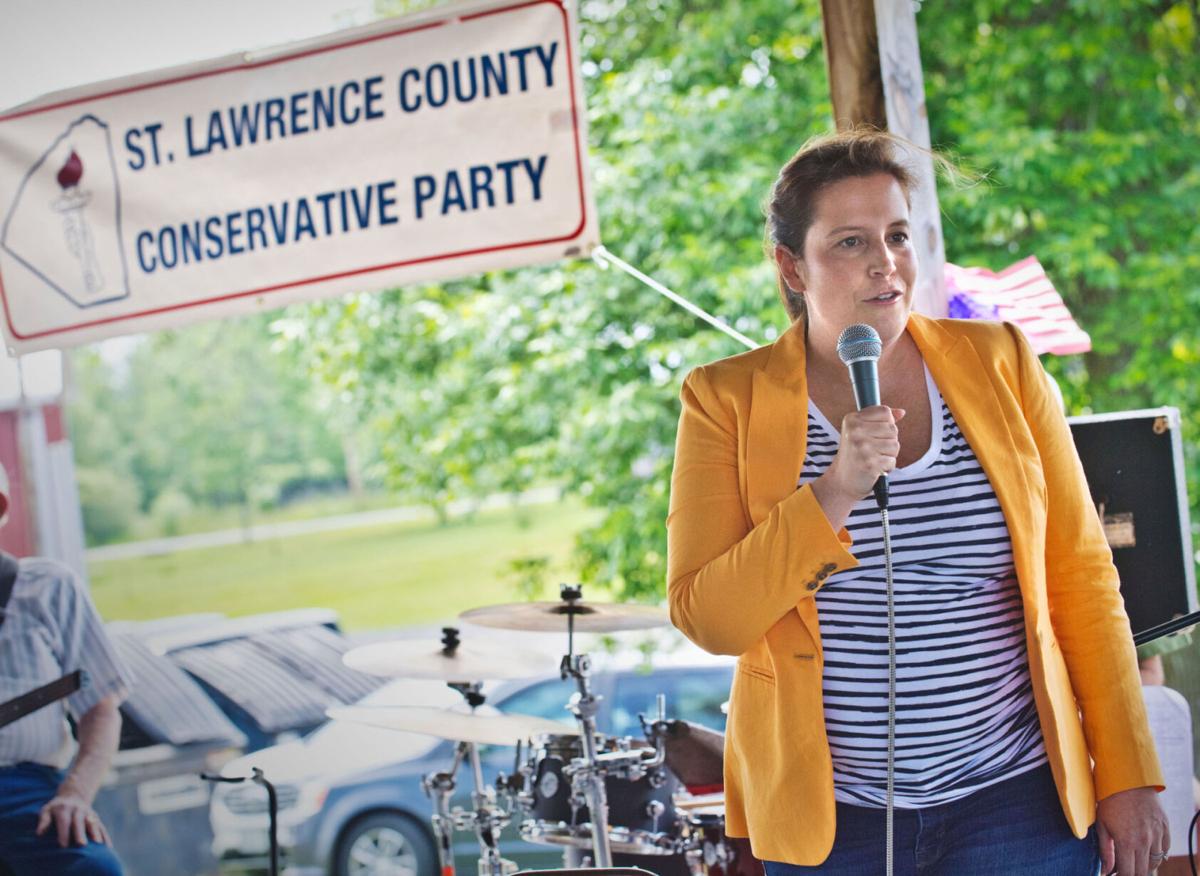 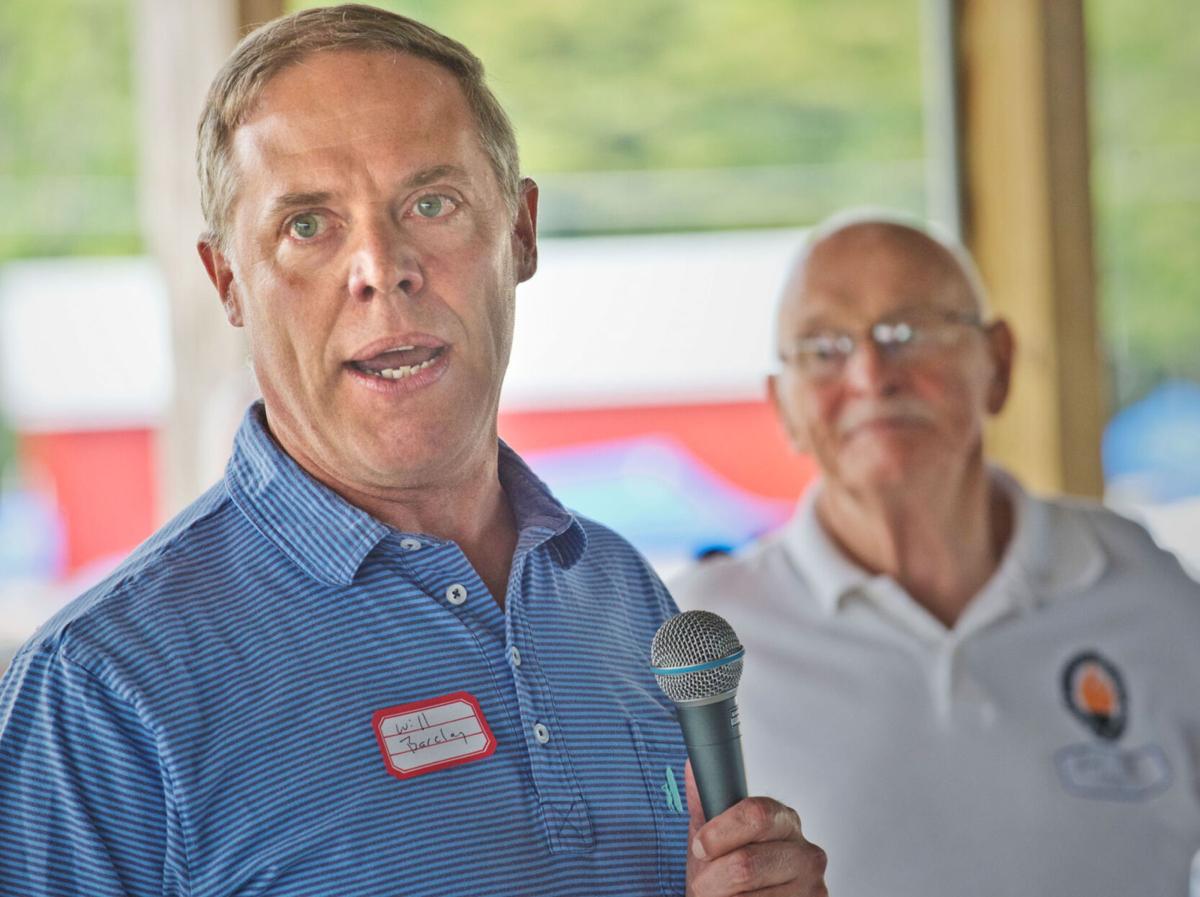 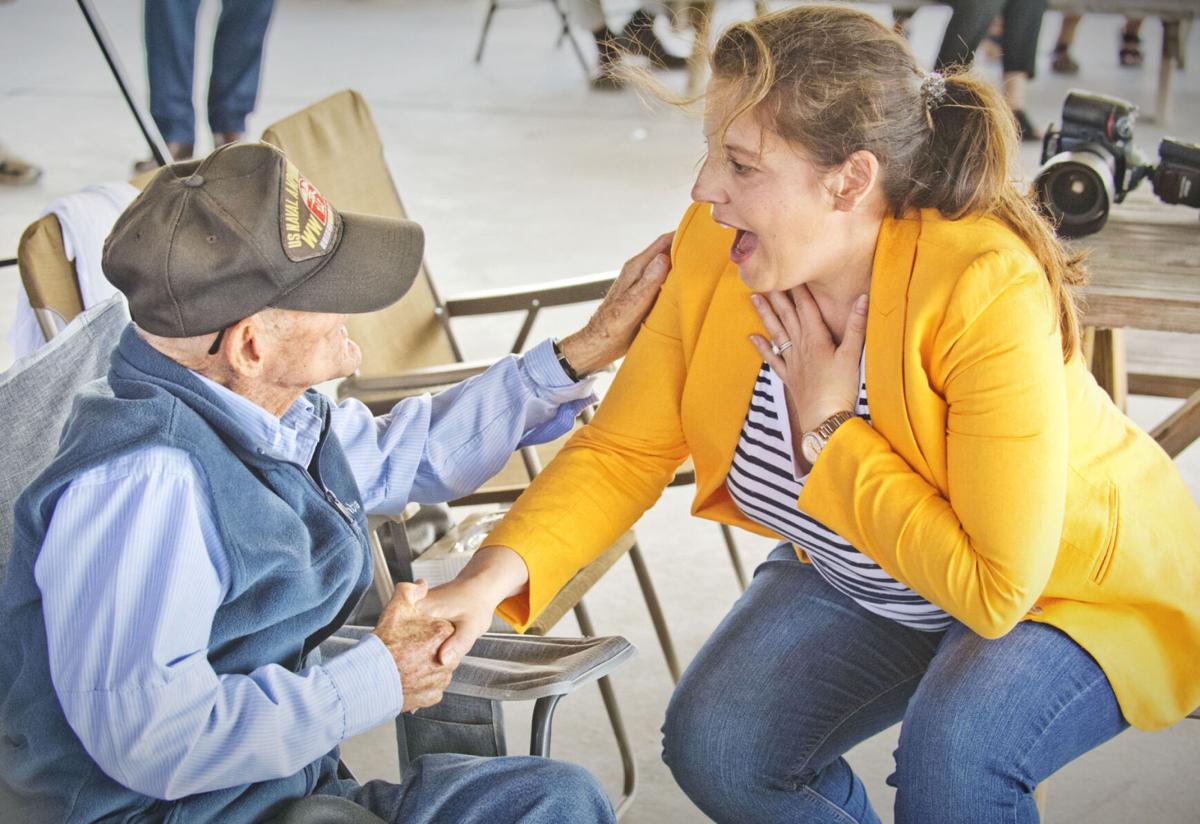 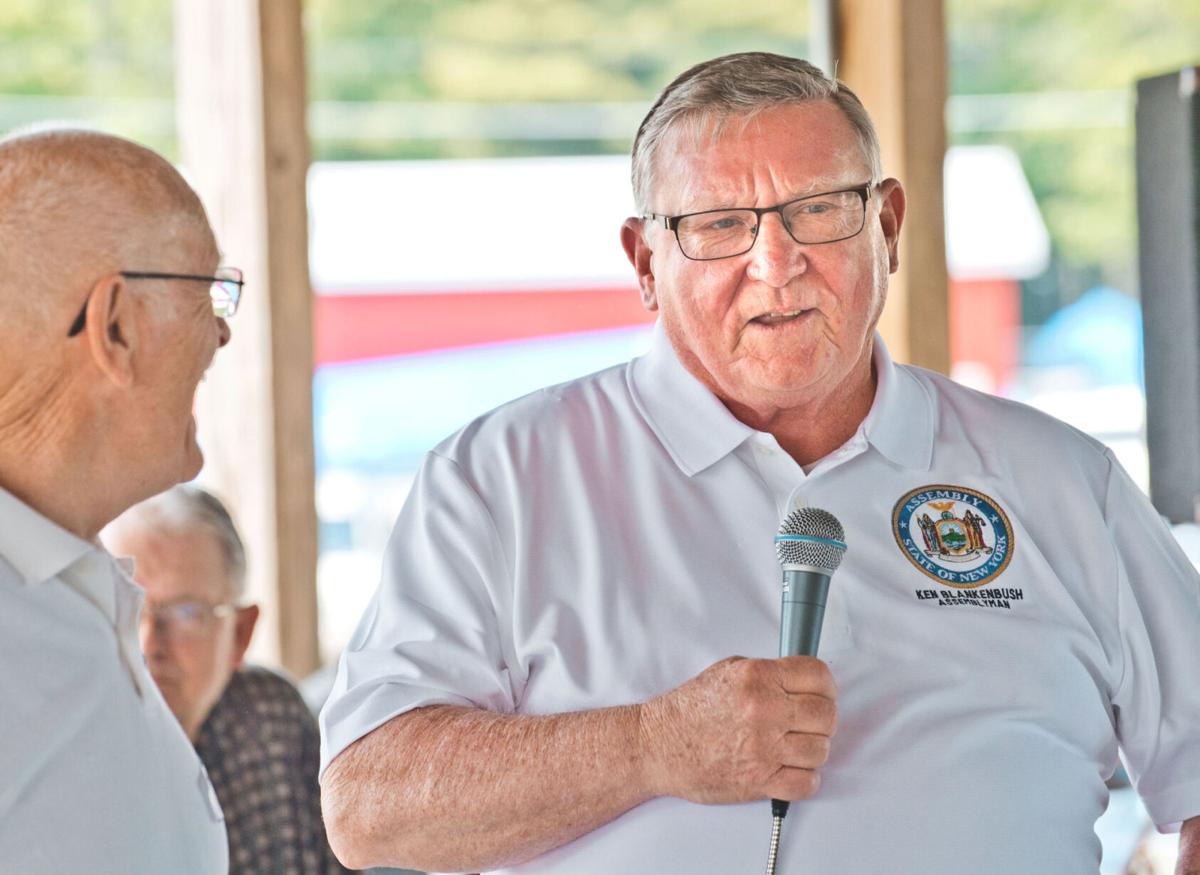 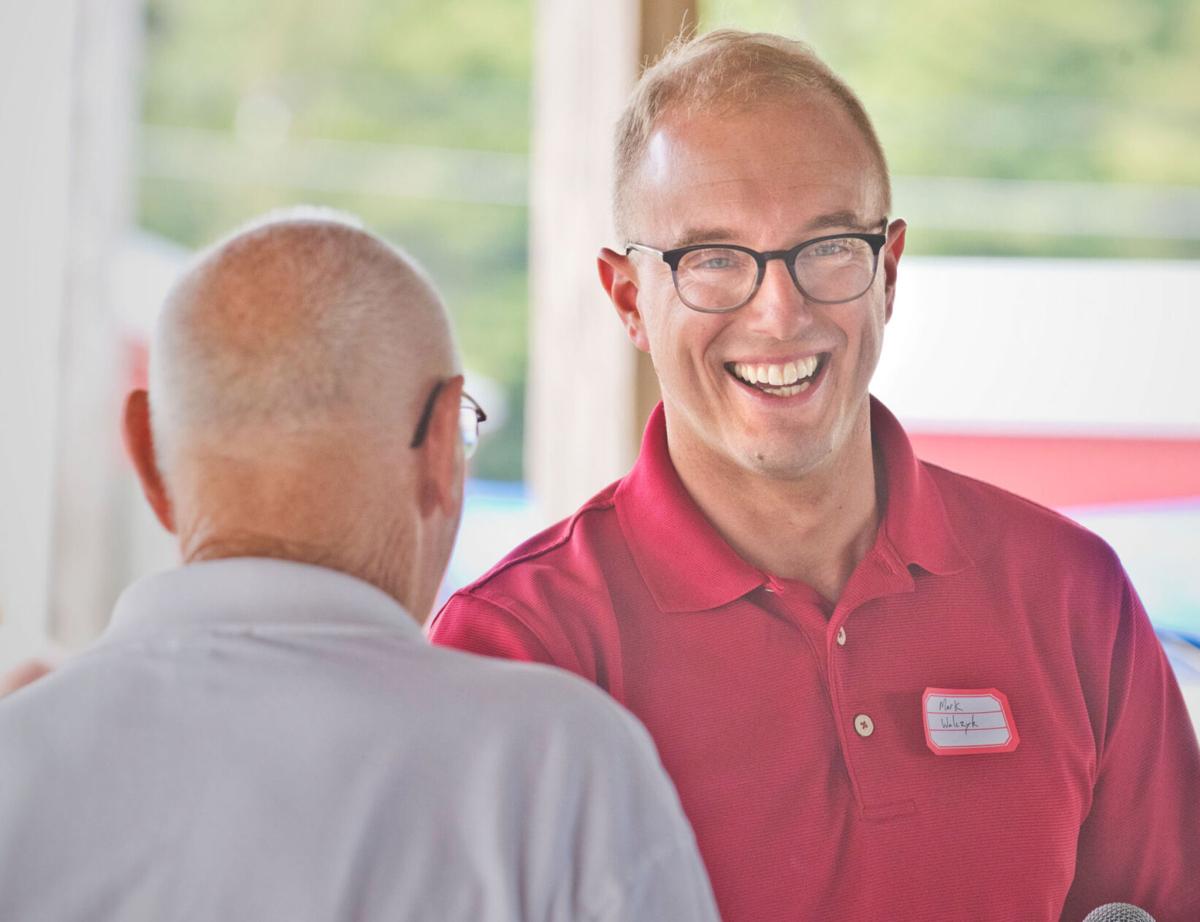 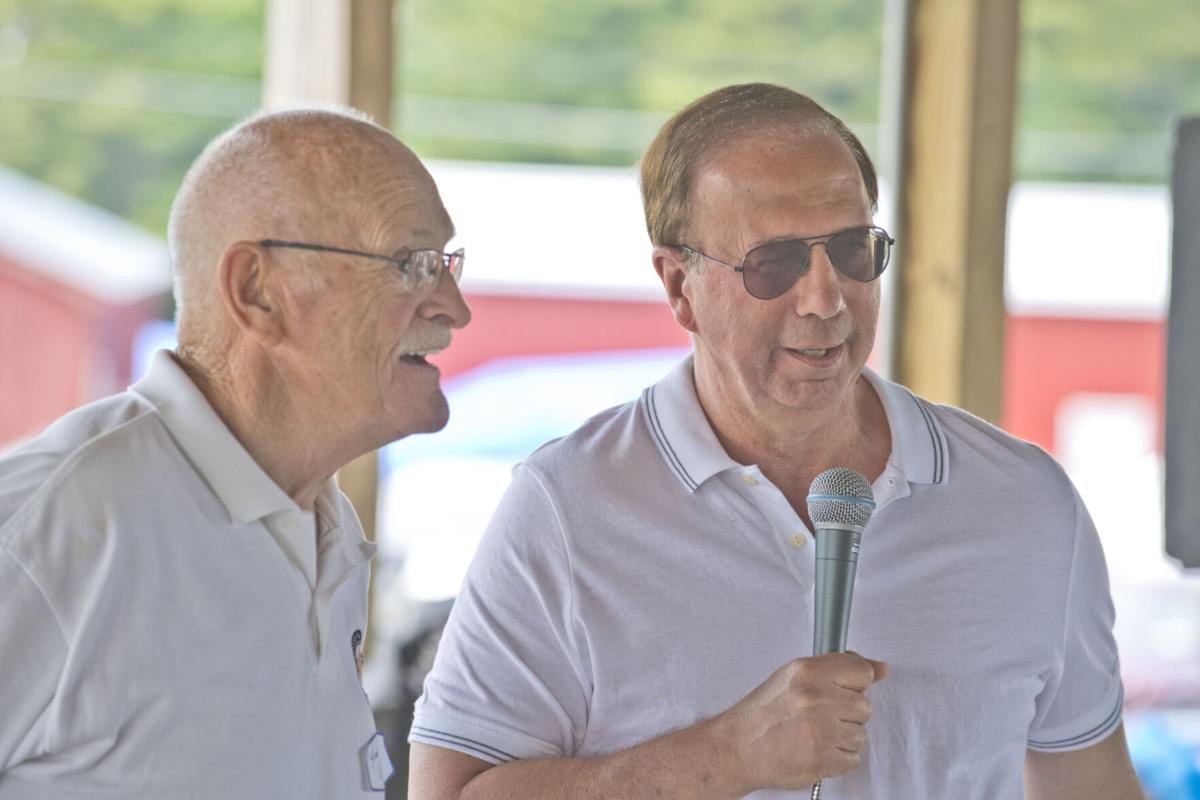 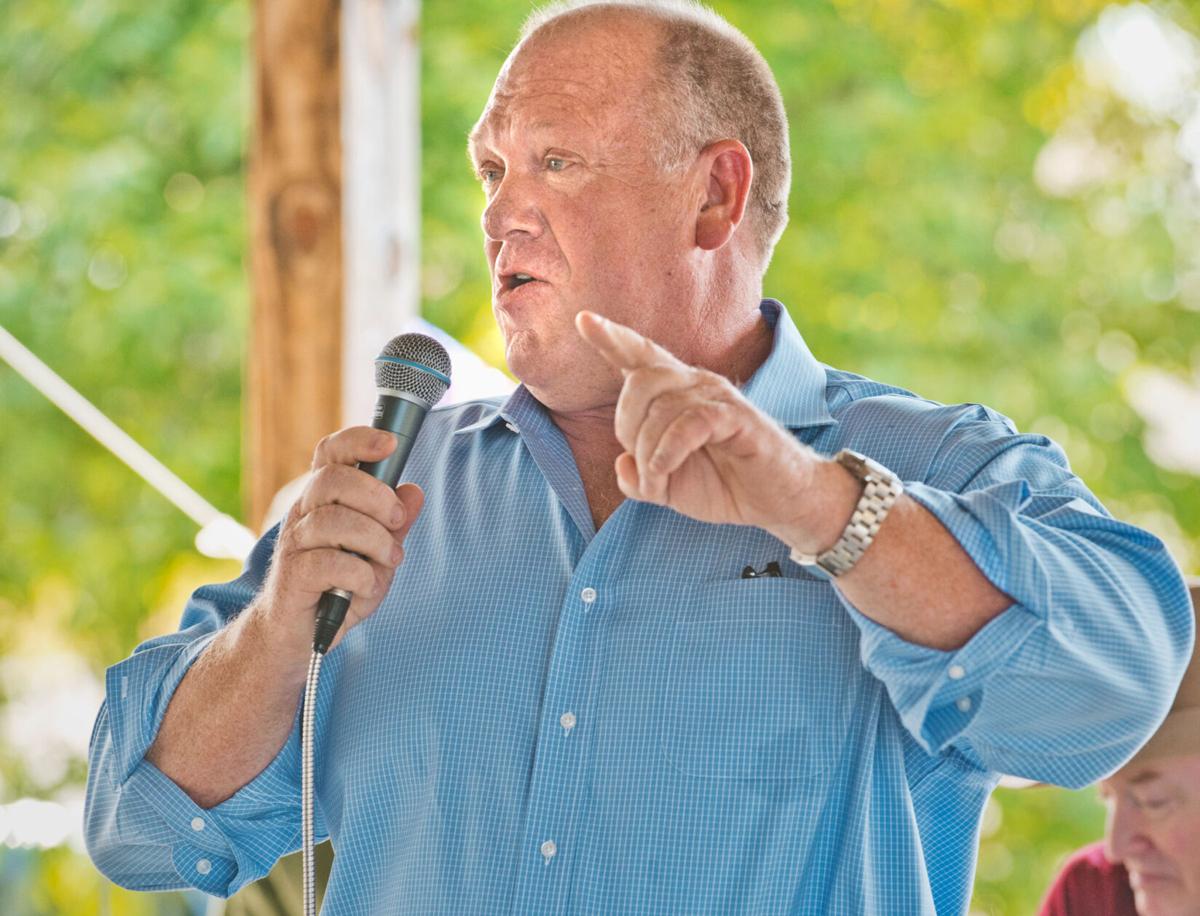 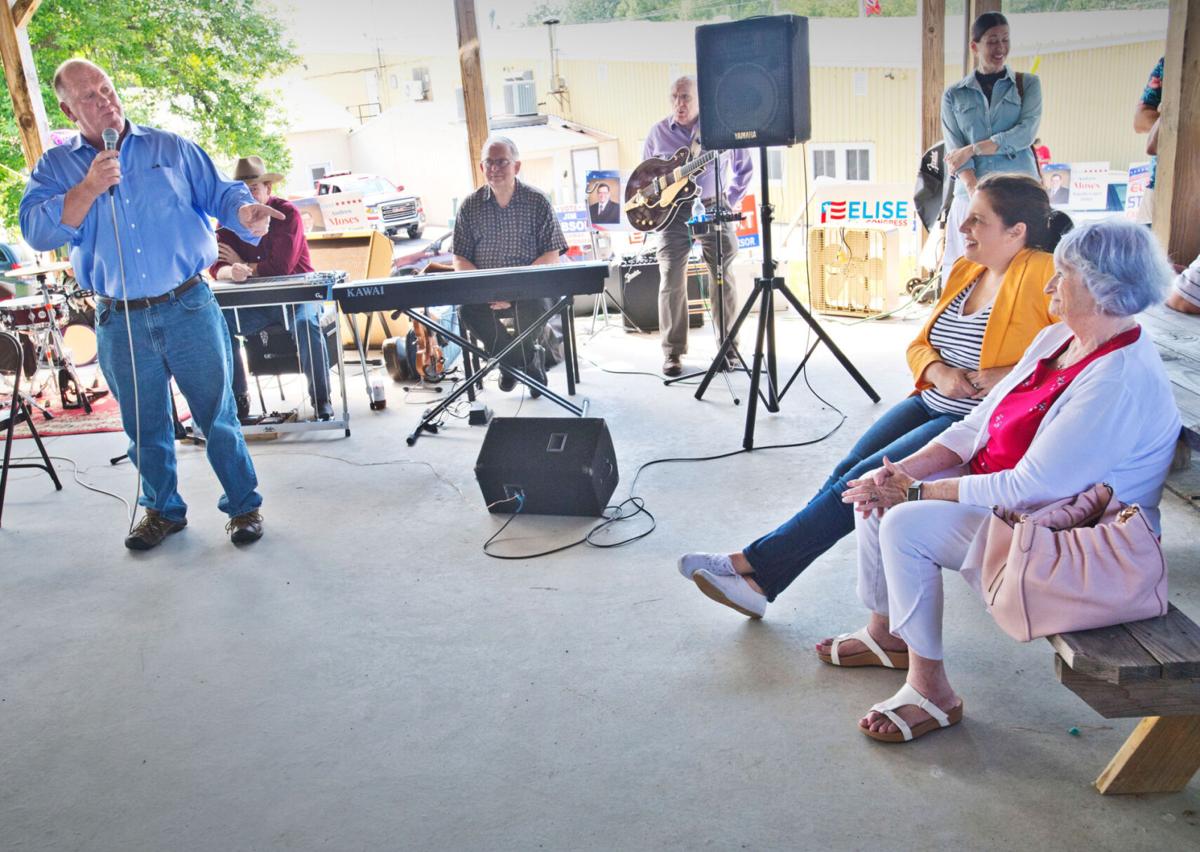 MORRISTOWN — Local elected officials and candidates, as well as a few of the north country’s representatives to the federal government, all gathered Sunday for a meet-and-greet barbecue.

Local Conservative Party members were invited to meet their local elected officials or candidates, talk with them about their platforms and positions, and share a meal together at one of the first political events of the local election cycle.

In her first public speech since announcing her pregnancy Saturday, Rep. Stefanik spoke broadly of her continued work with the Conservative Party, and laid out three points she said she’s focused on in Congress this year.

“We are seeing in just over 100 days the damage that a unified far left government is creating across this country,” Rep. Stefanik said.

Gas prices are currently up by nearly a dollar a gallon when compared to prices in early January, and food prices have been increasing as well, but most experts attribute that to increased demand, supply chain issues and the lingering impacts of the coronavirus pandemic.

Rep. Stefanik also criticized President Biden for the ongoing crisis at the southern border, where a record number of families and children are attempting to enter the United States. She mentioned how, with the increased demand for ICE agents on the southern border, northern towns have been left with few, if any, officers of their own.

“That impacts the safety and security of our communities here and our ability to make sure that we have the resources needed for the northern border,” Rep. Stefanik said.

That issue is something Mr. Homan said he knows all too well. The north country native, born in West Carthage and now a resident of Sackets Harbor, has worked with ICE over five presidential administrations, and ran the department under the tenure of former President Donald J. Trump.

Mr. Homan criticized President Biden strongly for the ongoing issues at the southern border, and said there needs to be real leadership, and a unified message about American immigration laws, before the issue can be addressed properly.

“The Conservative Party keeps us Republicans honest, and I want to thank you for that,” said Assembly Minority Leader William A. Barclay, R-Pulaski.

The assemblyman, who serves as minority leader for the state’s Republican caucus in the Assembly, said Democrats continue to mismanage the state’s budget, which he said is disproportionately large compared to the number of residents in New York.

“We’ve got a $177 billion dollar budget, but look at California, with more than double our residents, and their budget is only a little larger at $202 billion,” he said.

“I have to quote Marx to get through to them,” Mr. Walczyk said.

Assemblyman Kenneth D. Blankenbush, R-Black River, said this session of the state legislature has been one of the worst he’s ever seen, and the best way to move forward is through unity with the Conservative Party and unity with other Republicans.

“We’ve really got to work together,” he said.

The local elected officials milled around the barbecue after their speeches to speak with voters and the many Republican and Conservative candidates in attendance. Party officials also presented Charles Alexander, a 96-year-old naval veteran of World War II with an award to thank him for his service. Assemblyman Robert J. Smullen, R-Meco presented the St. Lawrence County Conservative Party’s ‘Outstanding Serviceman” Award, saying Mr. Alexander is a true hero.

While there are no federal or state elections scheduled this year, there are still plenty of town, village, city and county offices up for election this year. On June 22, voters registered as Democrats or Republicans will be able to decide which candidates they want their party to support in a primary election, before those seats will be filled in a general election on Nov. 2.

If you can’t say the simple factual statement “Biden won and Trump lost in a free and fair election” your party has a problem. Our rep to Congress can’t say it. That’s why instead of congratulating Biden and Harris on winning the election she had to congratulate them on being “sworn in.”

A noun, a verb and socialist is their platform. This is the party that didn’t even update their platform at the presidential convention in 2020. They just outsourced it to whatever Trump wanted. No all they’ve got is kvetching about Biden.

“The Conservative Party keeps us Republicans honest, and I want to thank you for that,” said Assemblyman William A. Barclay, R-Pulaski.

Thanks for the laugh. You’ve got people running around saying Trump is going to be reinstated as president in August. Maggie Haberman at the NY Times says Trump believes it too. And if she’s not a good enough source, Charles Cooke confirms it.