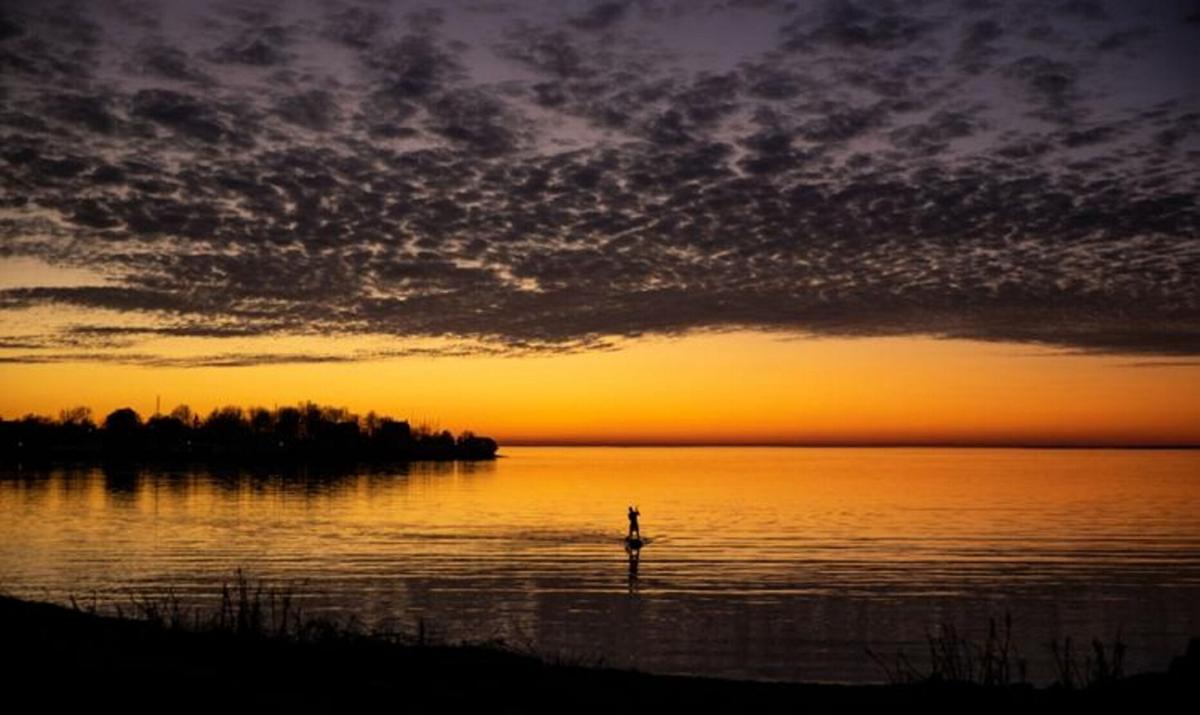 Zack L. Sullivan, stationed at Fort Drum, paddles back to shore at the Madison Barracks Marina in Sackets Harbor as the sun sets behind him on Nov. 9. Kara Dry/Watertown Daily Times 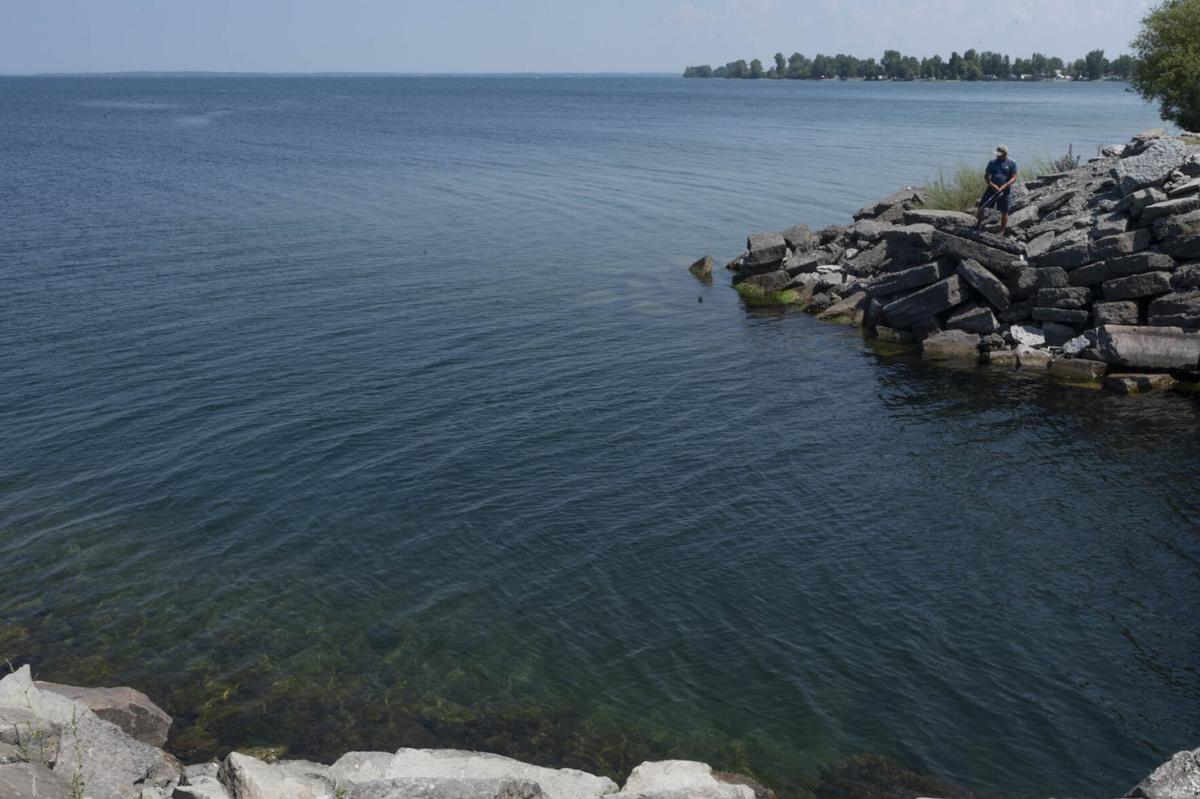 Zack L. Sullivan, stationed at Fort Drum, paddles back to shore at the Madison Barracks Marina in Sackets Harbor as the sun sets behind him on Nov. 9. Kara Dry/Watertown Daily Times

ALBANY — New Yorkers this November will be asked to consider a constitutional amendment years in the making — for the water they drink and for the air they breathe.

The amendment to Article 1 of the state Constitution has now passed both houses of the state Legislature in consecutive two-year sessions, a requirement of the constitutional amendment process that culminates in a public vote.

Concurrent Senate and Assembly bills proposing the amendment were passed in 2019, and were again passed in the Senate last month and the Assembly on Monday afternoon.

A singular sentence, proposed as Senate Bill 528 and Assembly Bill 1368, will appear on the Nov. 2 ballot.

“Today, by adding 15 words to the Constitution of the state of New York, we will help shape the future of New York,” state Sen. Robert Jackson said of Bill 528 in January. “Those powerful words are: ‘Each person shall have a right to clean air and water and a healthful environment.’”

Like any other state bill, a proposed constitutional amendment is reviewed by legislative committees — the Senate Judiciary and Assembly Environmental Conservation committees in this case — and released to the full legislative houses for floor votes. Constitutional amendment proposals are also reviewed by the state attorney general, who issues an advisory opinion on any legal ramifications associated with altering the constitution. The constitution itself outlines the amendment process and notes that an attorney general failing to provide an opinion does not affect a proposed amendment’s validity.

When identical bills are passed in each house, the matter moves to the next elected legislative body and the process is repeated before a statewide referendum is held. Once approved by the public, lawmakers sometimes propose implementing legislation to better frame how the amendment is to be enforced. Often, courts decide how an amendment can be applied.

Assemblyman Steven C. Englebright, a Long Island Democrat, led the proposal of Bill 1368, which was replaced with the identical 528 last week. The Assembly on Monday voted 124-25 in favor of the amendment.

“This should not be a political agenda on anyone’s part,” Sen. Jackson said on the Senate floor before confirming his affirmative vote. “It should be for the betterment of all of the people of our great state.”

In discussion with Sen. Jackson during the Jan. 12 session, Sen. Stec indicated the amendment’s language is more reflective of a goal than a law, and he urged caution.

“Certainly no one in this room is opposed to the goal and the aspiration in achieving clean air, clean water or a healthful environment,” Mr. Stec said just five days after the Jan. 6 insurrection at the U.S. Capitol. “However, we are a legislature, and if nothing else, we’ve learned in the last few weeks: words matter.”

Similarly, Mr. Smullen this week said the language, particularly the words “clean” and “healthful” are not specific enough.

“I appreciate the aspirational nature of this bill, but therein lies the concern in my mind,” he said, adding that the amendment would allow New Yorkers to litigate industries and local governments. “And they can use that litigation as basically a cudgel to beat whomever they want to into submission on a variety of things.”

Mr. Smullen argued the rights to clean air, clean water and a healthful environment are already protected under federal and state environmental laws.

Those rights are not constitutionally protected by the federal government, though air and water pollution are regulated by the 1970 Clean Air Act and the 1972 Clean Water Act.

Mr. Englebright, who chairs the Assembly Environmental Conservation Committee, said the constitutional protection is about formalizing “the presumption that environmental health and human health in New York are inextricably linked.”

“It’s about empowering people,” he said.

Since 1995, 25 constitutional amendments have been referred to New York ballots, and 19 of those amendments passed. The environmental rights measure and an amendment that would change the state’s redistricting process are both set for referendums on Nov. 2.

In Pennsylvania and Montana, court filings have tested the application of constitutionally protected rights to clean air, water and a healthy environment, for nearly 50 years.

Grassroots efforts are active in roughly a dozen other states, according to Green Amendments For the Generations, a national nonprofit working to secure state and federal environmental rights. Legislation has advanced to varying stages in Vermont, New Jersey, Maryland, Kentucky, Oregon and New Mexico.

Sen. Rachel May, D-Syracuse, explained her affirmative vote on the Senate floor, reminding lawmakers her Central New York district is situated on the ancestral lands of the Haudenosaunee Confederacy, comprised of the Mohawk, Oneida, Onondaga, Cayuga and Seneca nations.

The senator said she hopes the collective understanding of New Yorkers’ rights moves closer to that world view.