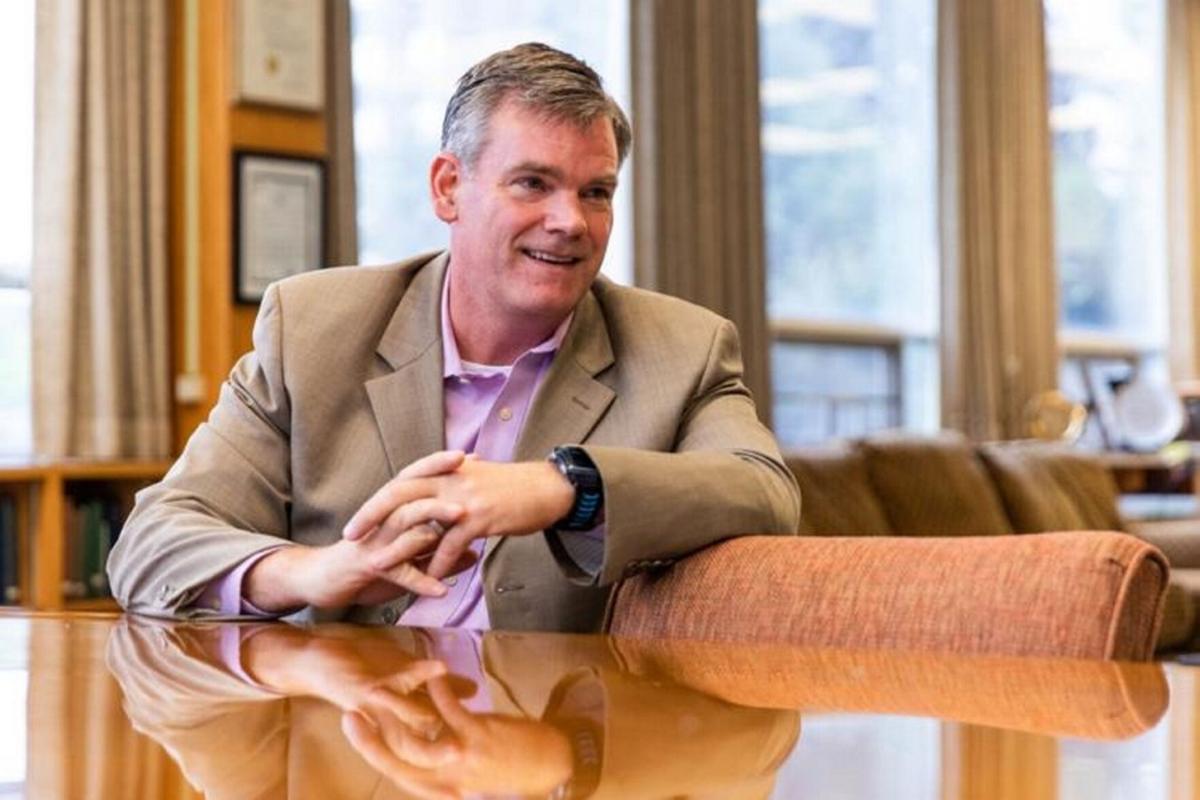 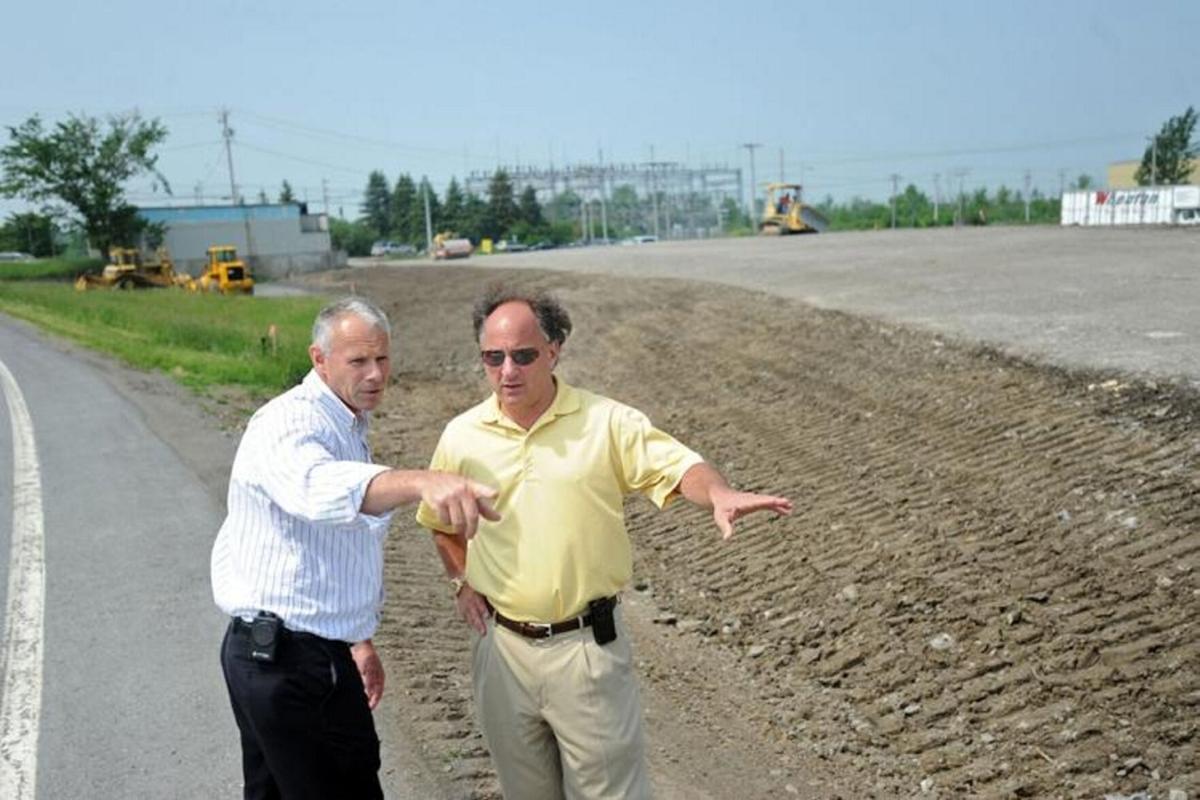 Mr. Simao said that he became upset with Mayor Smith when the mayor attacked him during a Sept. 17 interview with former Mayor Jeffrey E. Graham on his Hotline radio show.

“He has interjected me into the race,” Mr. Simao said. “Nobody else. Just me.”

Mr. Simao doesn’t know why the mayor would do that, he said.

Mr. Olney, who has run for mayor and council in the past, has supported Mr. Simao’s assertions that his competitor, the Watertown Golf Club, has received a sweetheart deal from the city to operate its golf course at Thompson Park.

In response to what was said about him in the interview, Mr. Simao, who owns Ives Hill Country Club, paid for and placed political ads in the Watertown Daily Times for Mr. Olney and another council candidate, Patrick Hickey.

The ads above the newspaper’s front-page banner laid out clever headlines, “Are you sick and tired of Smith’s Myths?” urging voters to vote for Mr. Olney. The ad for Mr. Hickey read “Don’t Let Smith Be Tricky Vote for Mr. Hickey.”

The ads made it clear they were “paid for by the committee to elect Cliff Olney” and “paid for by Prime LLC & Ives Hill Country Club Inc.” Mr. Simao paid $142 for each of the two political ads.

In defending himself about the bickering, the mayor said that it was Mr. Simao who started the latest round. He contends that Mr. Simao indicated who he was supporting in the council race as early as this past May, well before the mayor’s Sept. 17 appearance on the Hotline.

“They’re making the election about me,” Mayor Smith said. “I think it’s clear.”

The mayor insisted that Mr. Simao is backing candidates who support him on issues revolving around what has been called “Golfgate.”

“I’m not involved in the election,” the mayor said. “The candidates are running against me. I’m not up for election. I’m not on the ballot.”

If they are going to run against him, then the mayor said people should know what he’s accomplished since he was elected as mayor two years ago.

He’s gotten the city through some financial difficulties caused by the pandemic, got a budget approved with a no property tax increase and led a smooth transition with the firing of a city manager and the hiring of a new one.

As for what he said on the radio, Mayor Smith said he was just answering questions posed by the radio host. He also insisted that Mr. Olney has been a constant critic on social media about “Golfgate” and other city issues, so he and Mr. Simao were fair game to direct a response against them.

But Mr. Simao said that the mayor has attacked other council candidates — Mr. Hickey and incumbents Lisa A. Ruggiero and Leonard G. Spaziani.

The mayor said it’s well known in the community that Mr. Simao is supporting Mr. Olney, Councilwoman Ruggiero and Mr. Hickey in the council race. He’s got signs up for them on his properties, the mayor said.

During the past week, the mayor and Mr. Simao have gone at each other once again when the mayor accused Mr. Hickey of not reporting on his election financial disclosure that Mr. Simao paid for the ad looking for support for Mr. Hickey. He claimed Mr. Hickey was not being “transparent.”

Mr. Simao took exception to a press release that the mayor sent out about it and had his attorney, John Ciampoli, respond to the mayor’s statement claiming it included “falsehoods and distortions.”

According to a statememt, Mr. Ciampoli wrote that Mayor Smith was purposely misrepresenting the facts, which were designed “to injure” Mr. Simao, Ives Hill, Prime LLC “or all three.”

The mayor should have known that Mr. Hickey doesn’t have to file the financial disclosure statements with the state Board of Elections until 11 days before the election, Mr. Ciampoli wrote.

When the mayor ran two years ago, Mr. Simao made it known in a very public way that he was not happy with the mayoral candidate’s views on the Watertown Golf Club.

Mr. Simao used a billboard on Factory Square to criticize Mr. Smith about things he said about the lease that the golf club has with the city.

It was those comments that prompted Mr. Simao to place the message on the billboard, which he owns.

“It’s nothing personal,” Mr. Simao said two years ago. “I did not like his views on the golf club, and he knows that.”

As a council member, Mr. Smith voted to renew the lease in 2000 when he also was a member of the golf club and subsequently voted for renewing it again in 2006, Mr. Simao alleged.

I grew up less than ½ mile outside Watertown but currently live in Rochester. Between Newzjunky, the online version of the Watertown Daily times and a few Watertown related FB pages, I have been able to keep track of “what’s going on in Watertown” on a daily basis since I moved away many years ago. When I first became aware of Mr. Simao and his Watertown area dealings..via word of mouth and local media..I formed an unfavorable opinion of him. However that started to change when issues about the Watertown Golf Club arose. My now deceased Mother was a member for over 30 years, and I recall loving to have an occasional lunch there when growing up. I had expected to hold in favor any “positive” decisions the City made regarding this wonderful establishment. But I found myself believing that while helping the Watertown Golf Club unfair decisions were being made about Ives Hill. I have never met or had dealings with either Mayor Smith or Mr. Simao but based on what I have heard and read..including the above article..over the past few years, I am inclined to side with Mr. Simao and hope…for his unfair leverage regarding Mr. Simao, plus additional reasons, that Mayor Smith’s days are numbered.