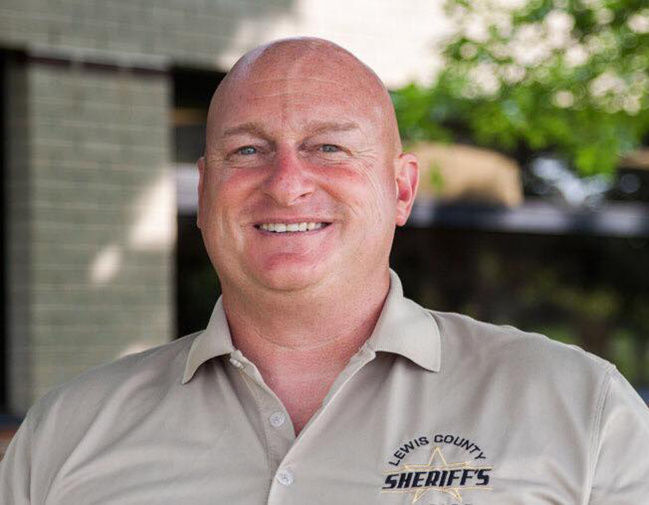 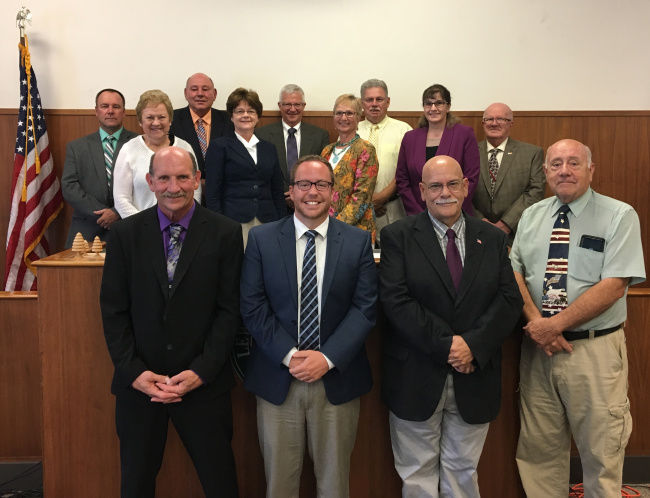 PHOTO PROVIDEDLewis County Board of Legislators

PHOTO PROVIDEDLewis County Board of Legislators

LOWVILLE — A two-and-a-half-hour meeting between the Lewis County Sheriff’s Office and representatives of the county legislature on Wednesday morning has led to forward movement in the budget vs. spending standoff which has transpired over the past month.

“We had a good meeting,” Mr. Carpinelli said, “It was a very productive discussion. They acknowledged that I’m not over budget yet.”

The sheriff, for his part, assured the legislators that he would keep an eye on his overall budget as the year progresses.

Mr. Carpinelli has reinstated the full patrol plan for Lewis County Fair coverage next week, including the parade, as a result of the meeting, he said.

A limited Recreation Patrol will also resume on the lakes and trails, involving a two-person team alternating between Lake Bonaparte, Brantingham Lake and ATV trails around the county.

“That’s what we’ve got for now, so we’re going to make it work as best we can,” Mr. Carpinelli said.

Mr. Piche and Mr. King declined comment on meeting specifics, noting they had agreed in the meeting to not continue having the discussion through the press.

“It was a productive meeting and we are looking forward to continuing the discussion in the [General Services] committee meeting on the 23rd,” Legislative Board Chairman Lawrence Dolhof said on behalf of the board.

The controversy erupted in the May General Services Committee meeting when Mr. Carpinelli confronted the board about being asked by Mr. Piche, who also serves as the county’s budget officer, to put discretionary spending on hold until the fourth quarter of the year.

The request was made because the sheriff’s overtime budget was 81 percent gone halfway through the year for patrols other than recreation, and the overtime budget for jail officers was over by 230 percent in the same time frame.

The sheriff reacted to the call to curb his department’s spending by pledging to stop all patrols that would lead to additional overtime including for the Fourth of July holiday, the Fair and Halloween.

He also suspended recreation patrol operations, although that patrol’s budget was on target, with half of the funds still available.

“Hopefully,” Mr. Dolhoff said, “we will resolve the issues in the committee meeting and be able to move on.”

well now carpienielli can patrol the trails and Leviker can hold daddy's hat.

Loser legislature shows how incompetent they are by caving in to his little tantrum? Dolhof is about as worthless as Carpinelli?

ATV patrols reinstated but there still will be no enforcement. Fake Sheriff!

Send his pompous butt to the street