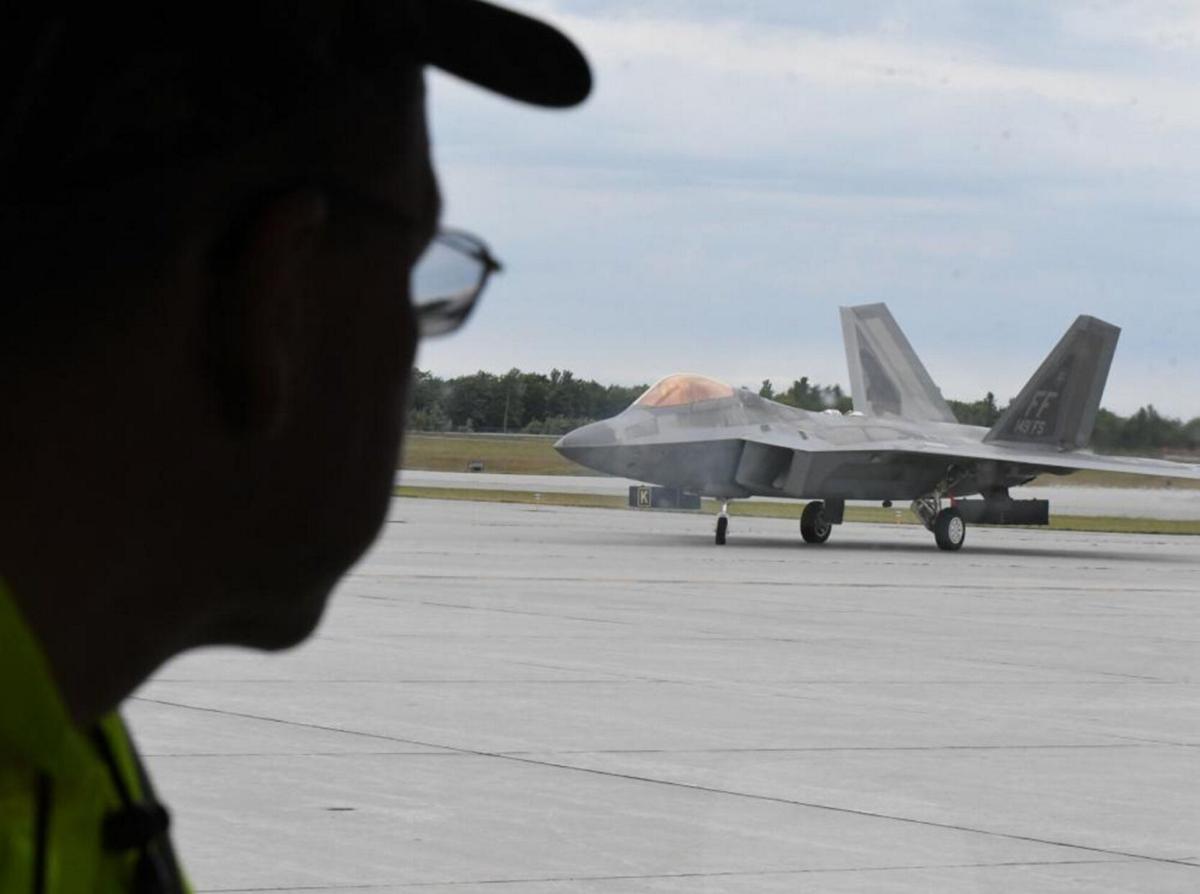 FORT DRUM — Two F-22 Raptors got a lot of attention when they made a brief stop at Wheeler-Sack Army Airfield on Tuesday.

The F-22 Raptors from Joint Base Langley-Eustis, Virginia, were the first stealth attack fighters ever to touch ground at the Army airfield at Fort Drum.

And roughly 30 minutes later, they were gone.

The brief visit demonstrated Fort Drum’s capabilities to expand its airfield operations to support different types of aircraft, according to a Fort Drum news release.

It also gave the 174th Maintenance Group Detachment 1 the opportunity to show off its rapid refueling and armament abilities for unit training missions.

The F-22s were in the region using military operating airspace for combat training with F-35 aircraft from the 158th Fighter Wing, located at Vermont Air National Guard Base in Burlington.

After their first engagement, the jets landed, refueled and were “back in the fight,” according to Air Force Maj. Christian Sturick, commander of the 174th Maintenance Group Detachment 1, Forward Operating Location.

“For the air crews of the F-35s and F-22s to be able to meet in the airspace to train, fight and practice their tactics is a huge capability,” he said. “What we are doing here is giving them ability to hot refuel, where they disengage from the fight and refuel very rapidly and get back in the fight immediately.”

He said that the refueling operation at Wheeler-Sack Army Airfield provided a longer training opportunity for the aviation units, which otherwise would have returned to their home stations for refueling.

The maintenance detachment has been operating at Fort Drum for 35 years and was permanently assigned at Wheeler-Sack Army Airfield in 1997.

While this is the first time that F-22s have landed on the tarmac, he said that Fort Drum has supported unit training from all branches of the armed forces and they continue to look for opportunities to support a wide variety of aircraft.