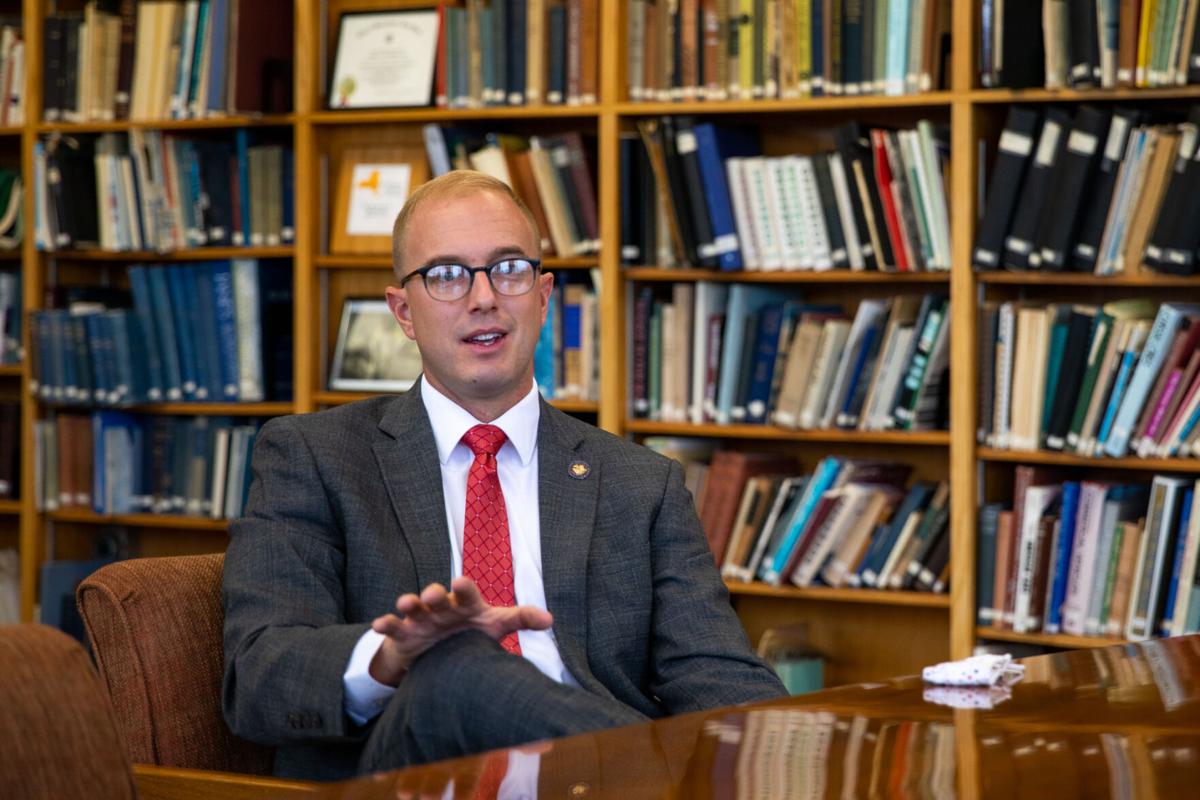 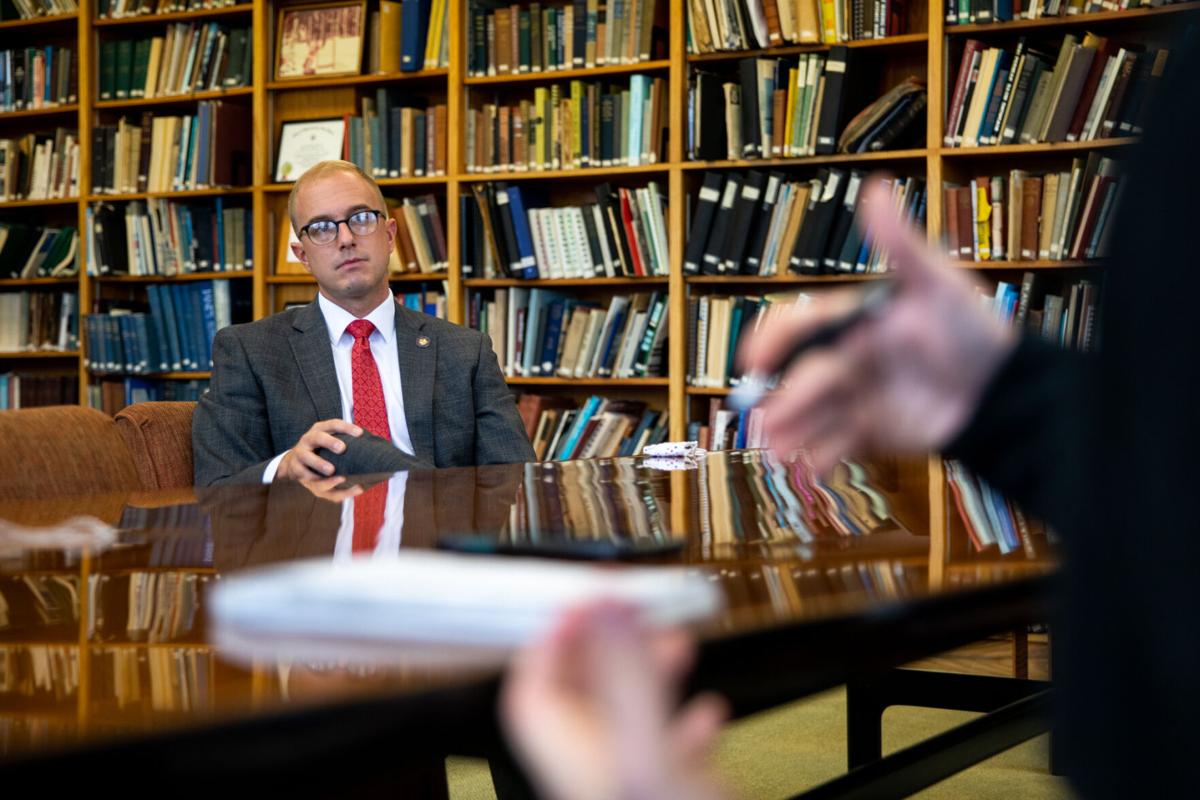 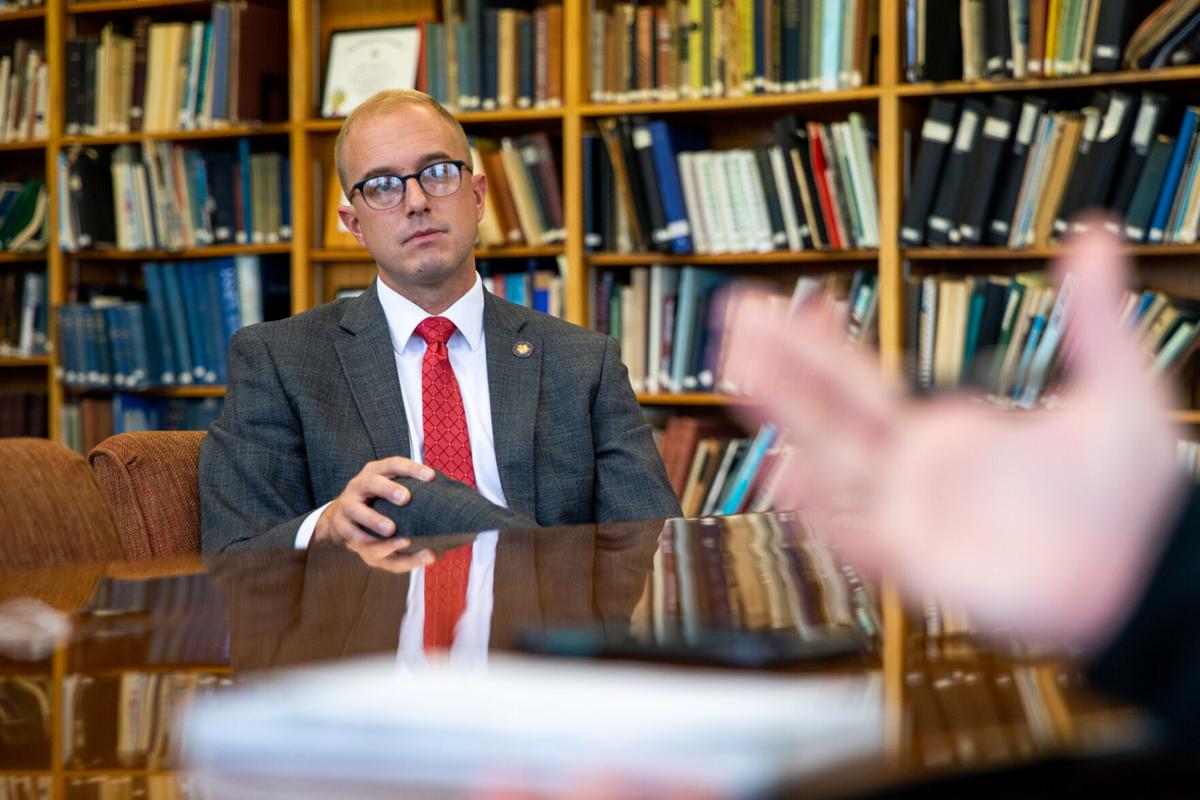 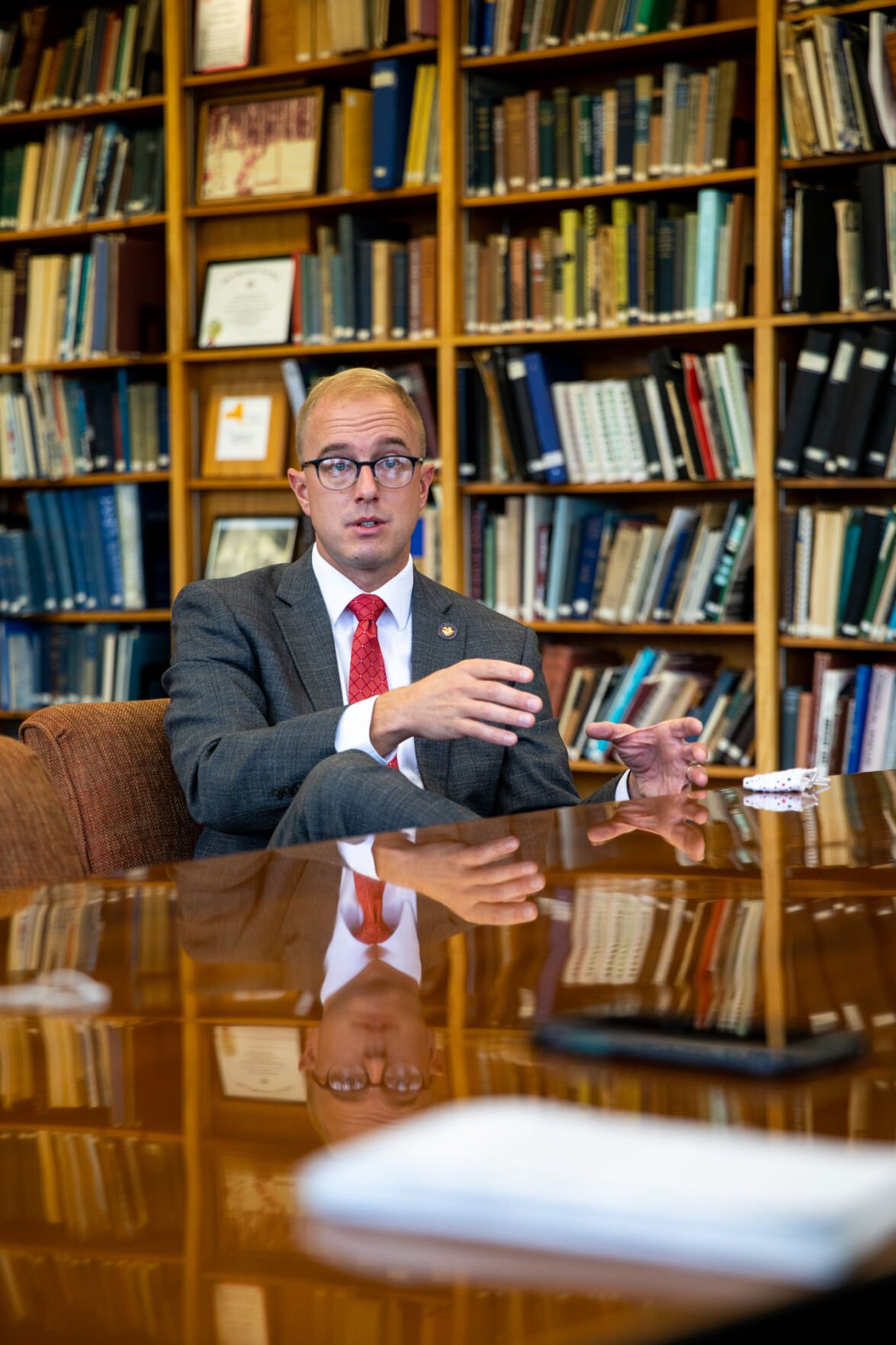 Mr. Walczyk was elected to his current seat on the Assembly in 2018 after unseating 10-year Democratic incumbent Addie A.E. Jenne. Before he won that election, Mr. Walczyk was a Watertown city councilman. He is also an officer in the U.S. Army Reserve.

While Mr. Walczyk was studying at SUNY Albany, he interned in the state Senate, and in 2010, became legislative director for state Sen. Patricia A. Ritchie, R-Heuvelton. In 2013, he was appointed district director for Sen. Ritchie.

Speaking with the Watertown Daily Times editorial board on Wednesday, Mr. Walczyk said campaigning this year has been very difficult, and he’s happy he kept up with visiting towns and cities across the district last year.

“I’m really glad I didn’t take my foot off the gas last summer,” he said. “After a tough year of campaigning in 2018, and knocking on 5,000 doors, going to every community event, we kept our foot right on the gas last summer and marched in every parade, went to every event.”

He said the one issue he’s kept his focus on during his first term is balance in the state government. Whether it be in spending, taxation, business regulations or even the structure of the state government, Mr. Walczyk said he’s constantly hearing how concerned his constituents are about how much power downstate New York exerts.

“People want to see a balance of power,” he said.

“If we take my and Sen. Griffo’s idea ... that means immediate balance for upstate New York,” he said. “That’s an immediate check.”

Mr. Walczyk said there are many other concerns constituents have brought up, and the issues change by the day and by town.

“There is a different issue every day,” he said. “Not to pick on parks, but it’s fresh in my mind, when the dock came out too early in the season, before Columbus Day at the Black Lake boat launch, I got a lot of phone calls about it, because people are concerned. Today, when I get back into the office, I’m sure there will be another issue.”

In 2018, Mr. Walczyk focused a significant amount of energy on campaigning around jobs, an issue he’s continued to press. He admitted on Wednesday he does not have a simple solution to the significant unemployment figures in the district, but he does see a path forward.

“New York state is a very difficult business climate,” he said. “I’m not going to sit here and pretend that as one person in a legislative body of 213 that I’m going to change it overnight, or propose a bill that will change it immediately. I think we need to continue to work together for a better balance of power.”

He said he’s opted to become more of a cheerleader for local leadership, in government and in business, to address the ongoing worries surrounding jobs. He said he does not believe government should be the ultimate jobs creator.

Mr. Walczyk used Clayton as an example of how local leadership can move things forward without overbearing state intervention. Where the town once had a major snowplow manufacturing plant, they have now built a four-star hotel that brings in hundreds of thousands of dollars for the tourism industry.

“(Clayton) has seen a revitalization ... and they did that through a lot of local leadership,” he said. “They made some tough decisions, and cracked some eggs to make the omelet, but they had a great vision for their village.”

He said some towns and villages still haven’t gotten the same vision that drove Clayton to work so hard to revitalize itself, although he believes he’s made some inroads to improving morale in local governments.

“Injecting hope can never be a bad thing. I’m spreading it around, it’s going somewhere; I think that’s good,” he said.

Mr. Walczyk said he believes the best solution to the ongoing exodus of businesses and residents from the state would be to elect a Republican governor. He said he and his Republican colleagues in the Legislature can only hold the line against further regulations.

“It’s tough to even push back,” he said. “When I say hold the line, it’s because Albany is always coming up with something new. That makes it even more difficult.”

“I think the easiest answer is to elect a Republican governor in two years. I think that would be a step in the right direction, he said. “Elect some leadership in the Senate or Assembly that is from upstate, Republican or Democrat.”

Mr. Walczyk said his last two years in Albany have made him realize that sitting back and listening is the best way to do his job. He said he’s built strong relationships with people who will give him the straight facts, and that’s been his greatest asset.

“I know that if I pick up the phone and call this group, or that individual, I’m going to get a straight answer that’s going to make me a better legislator and understand what the real issue on the ground is,” he said.

Mark, I applaud your apparent enthusiasm but leaving job creation to local leadership is the wrong strategy under current conditions. Most local leadership is comprised of career government employees who have never created a job and wouldn't know the first thing about it. The exodus from New York is primarily due to local tax burdens, created by those same local leaders. The proposal to increase state taxes and regulations will push the people on the fence over. Think of something else and better yet ask someone who may know how to create jobs.