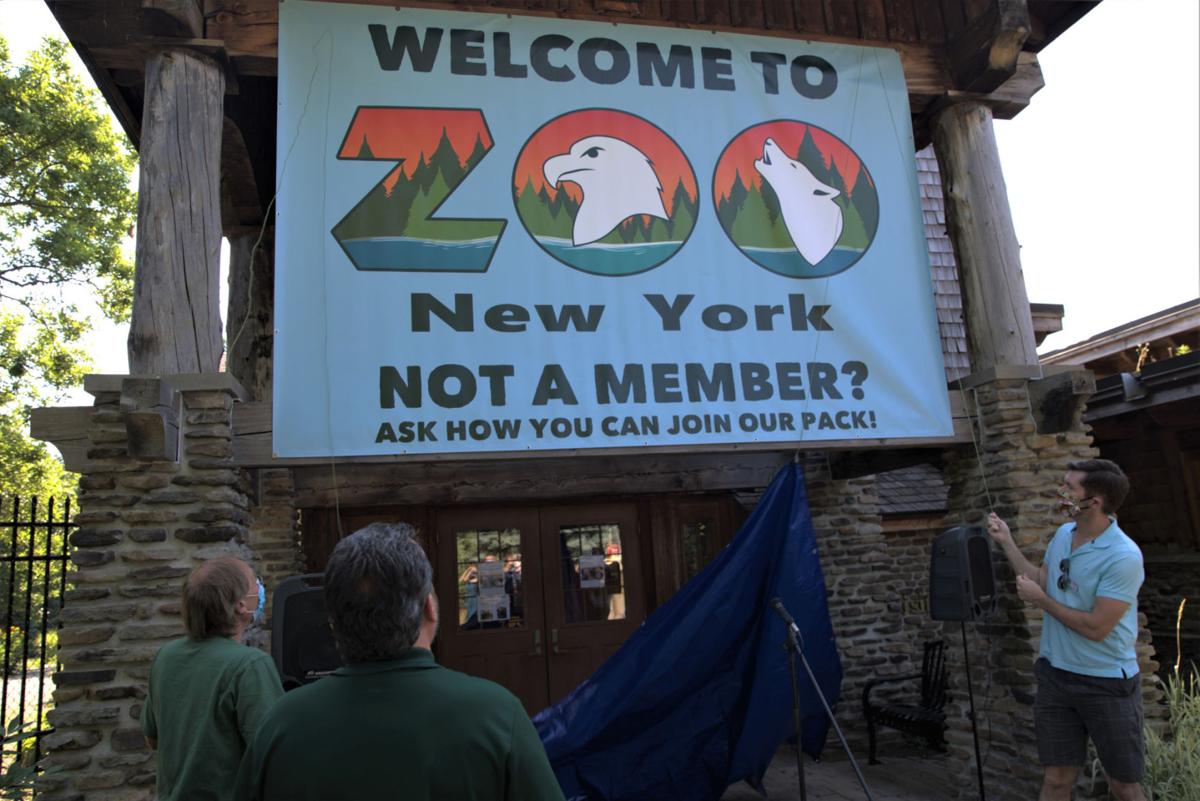 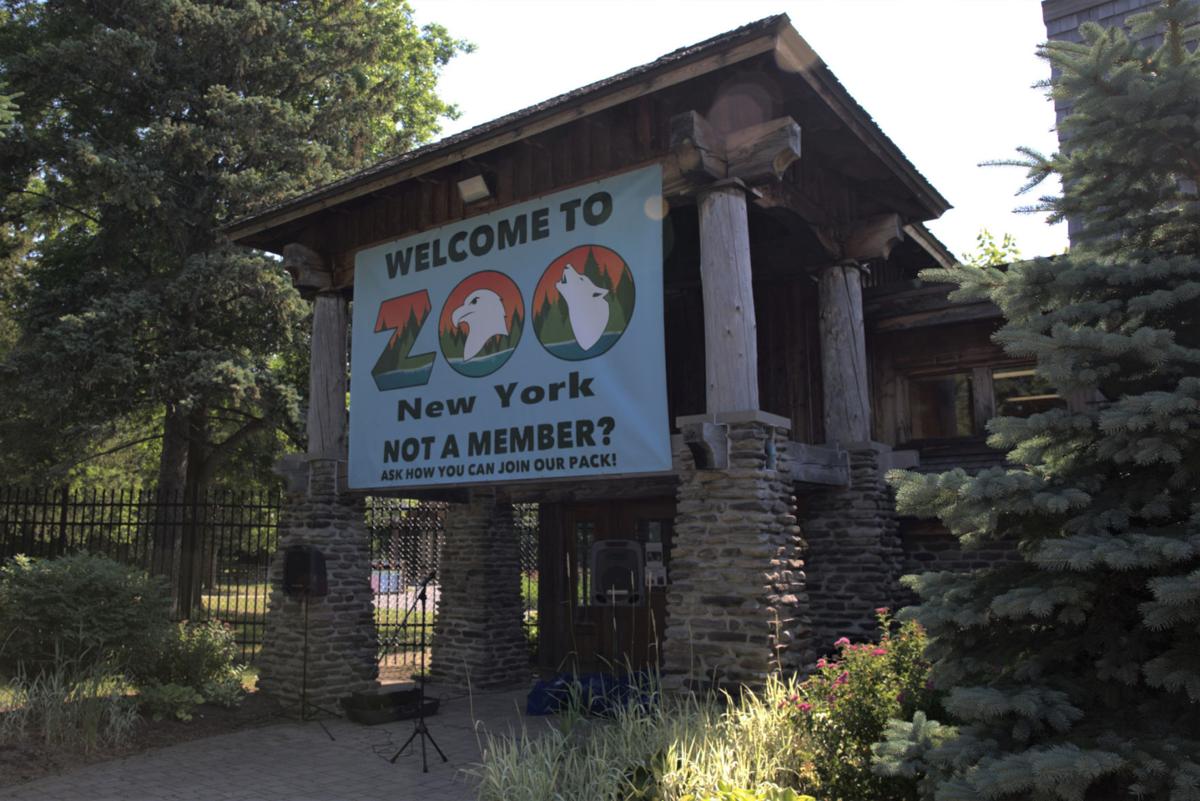 WATERTOWN — With its 100th anniversary coming next year, the New York State Zoo at Thompson Park has a new name and logo.

The new name, simply “Zoo New York,” which emphasizes that it exhibits animals native to the state, was unveiled during a news conference Thursday. The new logo features whitish silhouettes of an eagle and a wolf.

With the changes, CEO and executive director Larry Sorel thinks it will result in a new direction for the zoo as it moves forward into the future.

Mr. Sorel hoped to change the name ever since he came on board about two years ago because the old one was too long and confusing, and people thought it was funded by the state, he explained.

“We wanted something precise, enticing and shorter to remember,” he said.

The Thompson Conservancy, which operates the zoo, were joined by representatives from Jefferson County and staff Thursday. They watched as zoo officials lowered a blue tarp to unveil the new look.

The zoo board had hoped to debut the new name and logo at the zoo’s season opening this spring, but the coronavirus pandemic delayed that until now.

The zoo finally opened for the year Saturday when the state gave them the OK, with better than expected numbers, Mr. Sorel said. Between 400 and 500 people came through the gates over the first three days. The zoo will now be open daily from 10 a.m. to 5 p.m.

With no community fireworks and other events canceled for the Fourth of July weekend, the zoo will hold an event for guests, which features vendors and other activities before they can head off for family picnics later in the day, Mr. Sorel said.

For the first time in years, the zoo has a strategic plan in place to help it move forward into the future, Mr. Sorel said. The next step is putting a physical master plan together that will lay out capital improvements at the zoo and how it should improve programming.

Within two or three years, Mr. Sorel also hopes that “Zoo New York” can add a moose exhibit, considering the iconic animal is making a comeback in New York.

With the agreement that the city will contribute $50,000 to help the zoo through some lean times, Mr. Sorel said the zoo is on good financial footing heading into its second hundred years.

Board President Mark Irwin said the zoo will focus on education, conservation and connecting with the community. He likes the new name.

Working with a local graphic artist, the zoo board began the process of the new name and logo in 2019.

The zoo also has added two new staff members. Haley Sylvin was hired right before the pandemic hit in March as the zoo education coordinator and Joshua Baughn began his job as the zoo’s director of marketing and development three weeks ago.

He remembers coming to the zoo on school field trips when he was in second or third grade.