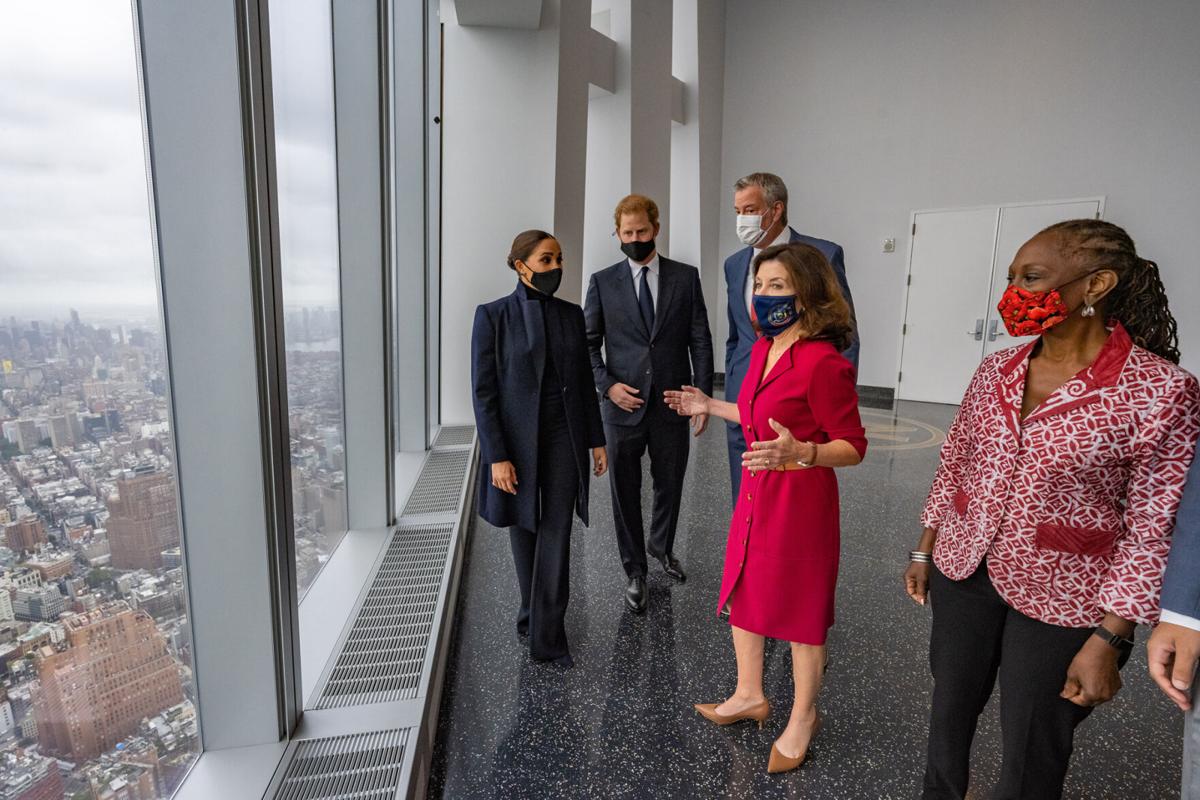 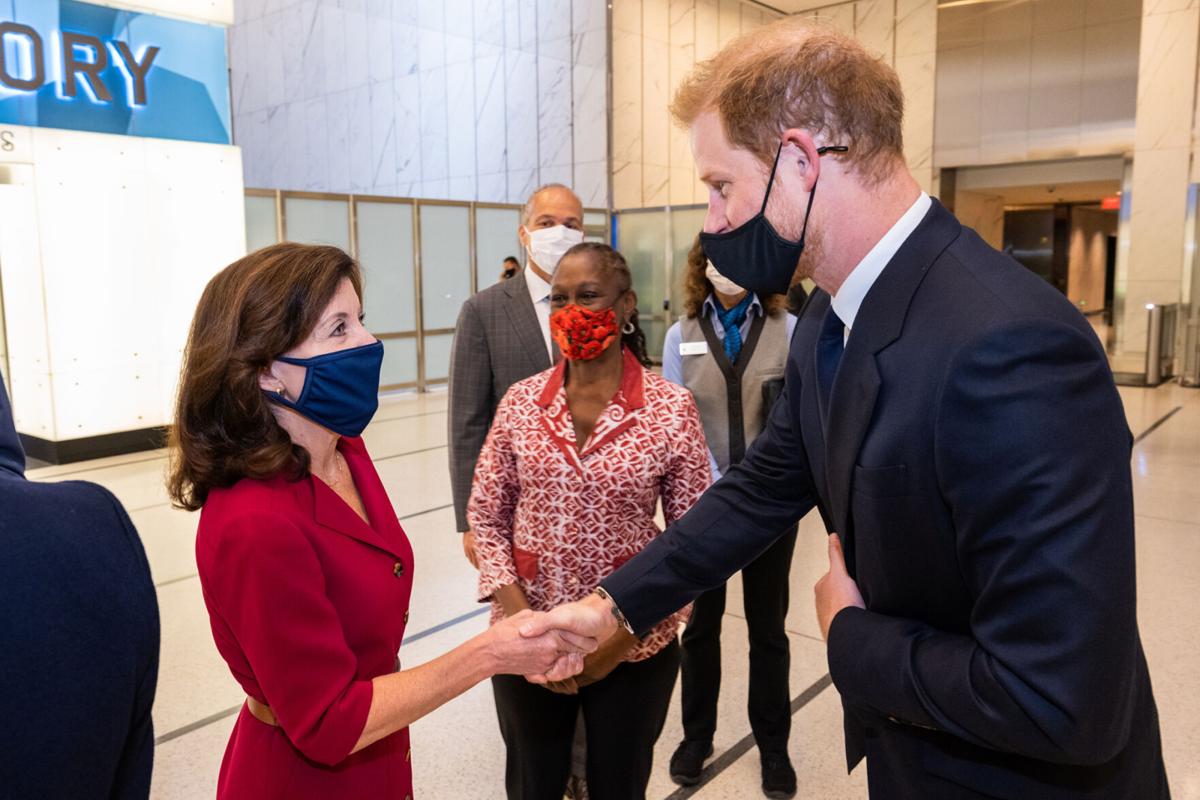 NEW YORK — When in the company of royals, face masks are apparently optional.

Prince Harry and Meghan Markle, the duke and duchess of Sussex, joined New York City Mayor Bill de Blasio and New York Gov. Kathy Hochul for a tour of the One World Observatory Thursday — and they all went maskless at one point despite strict coronavirus protocols inside the downtown Manhattan skyscraper.

“I don’t know if we’re allowed to, actually?” de Blasio admitted after a throng of photographers called for the dignitaries to remove their masks as they posed for pictures on the 102nd-floor observation deck.

But the quartet — as well as de Blasio’s wife, Chirlane McCray, and Dante de Blasio — obliged anyway, ripping off their face coverings to the appreciation of the shutterbugs.

Prince Harry and Meghan, in town for this weekend’s Global Citizen Live event in Central Park, seemed thrilled to be in the Big Apple for what marks their first work trip since officially quitting royal life in March and moving to the duchess’s native California.

“It’s wonderful to be back,” Meghan told reporters.

Before appearing in front of the cameras, Prince Harry, Meghan, de Blasio and Hochul were given a private tour of the building.

De Blasio told the Daily News that he got a “great vibe” from the royals during the tour, and said he spoke with them about “mental health,” the signature policy initiative for McCray during her tenure as the first lady.

“They’re good people and they’re really committed to the world,” de Blasio said. “I got a great vibe, particularly the work that they’re doing on mental health. ... I think the prince makes a great point when he says, ‘mental fitness,’ calling it ‘mental fitness’ as a positive, aspirational idea. That was one of the things we talked about. I really admire what they’re both doing on that.”