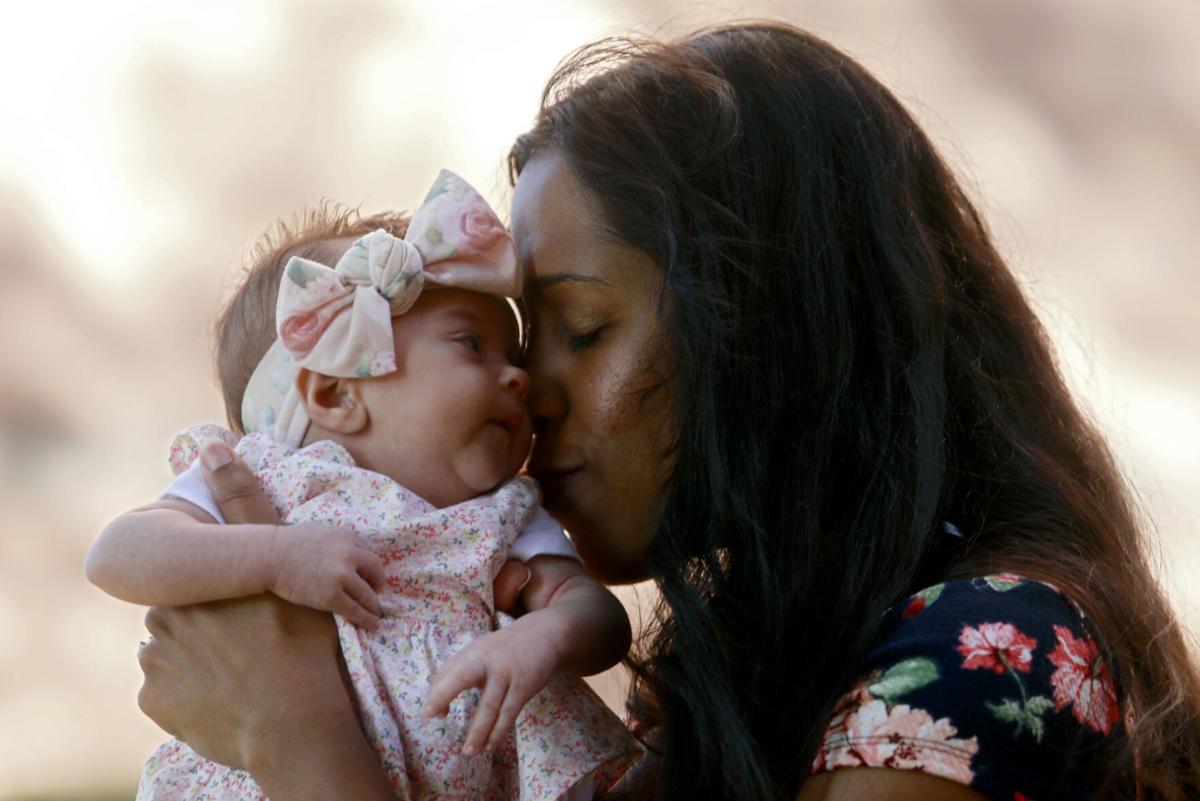 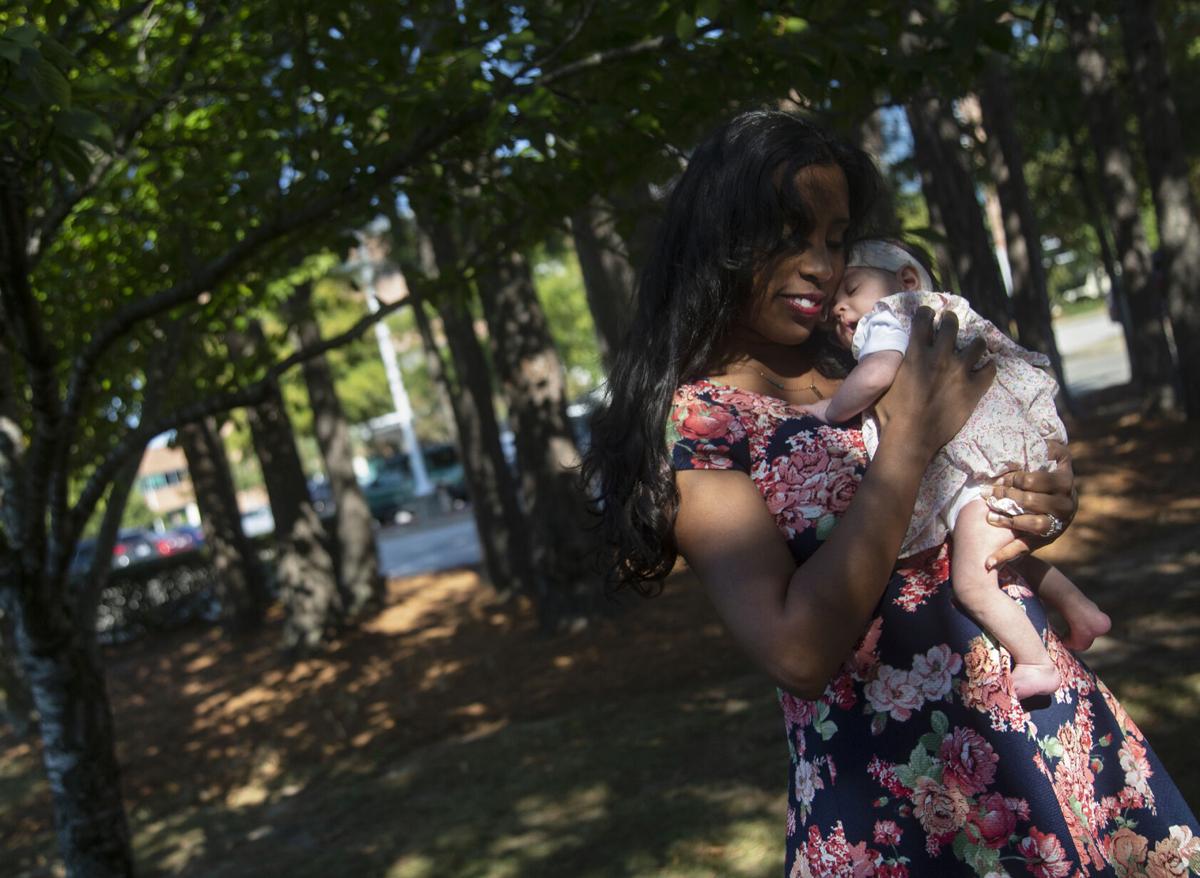 At least six pregnant Virginians have died of COVID-19, and 346 have been admitted to hospitals for serious illnesses.

It’s not known what happened to their babies — whether any were lost or if they got sick. Virginia Department of Health officials said they don’t have data on their outcomes.

Pregnant people are more likely to get severely ill if they contract the virus than those who aren’t, state epidemiologists said. If they have underlying health conditions, such as diabetes or obesity, they’re at even greater risk.

With the recent rise in cases, more pregnant patients ended up in the hospital earlier than planned. Lucy Vinson, a Sentara Norfolk General Hospital ICU nurse manager, said her team also has cared for a slew of pregnant coronavirus patients.

“More than we’ve ever treated in probably the history of our unit,” she said.

Virginia’s alarming rate of infections among pregnant people is a pattern throughout the country. The Centers for Disease Control and Prevention reported that COVID-19 deaths in pregnant individuals increased in August. The federal agency recommended urgent action Wednesday to increase vaccination among people who are pregnant, nursing or trying to get pregnant — stressing that data show the shots are safe and effective.

In general, pregnant people don’t fight off respiratory infections, such as the flu, as well as others, said Dr. Lea Porche, an assistant professor in maternal-fetal medicine at Eastern Virginia Medical School.

Doctors have had to resort to extreme measures. They might put patients on high-flow nasal cannulas to rocket oxygen up their noses or strap a mask over their faces to blow air into their lungs. Some even have to be put in medically-induced comas for breathing tubes.

“There are pregnant ladies whose lungs are so severely damaged that they have to have a machine attached to them, that basically oxygenates their blood,” she said. “And this is like a last-ditch effort.”

Many obstetricians say they’ve had difficulties persuading expectant patients to get vaccinated. Mothers-to-be often abstain from anything they think could harm their babies, be it eating a hunk of unpasteurized cheese, taking an over-the-counter pain reliever or even riding a roller coaster. Perhaps ironically, that wariness has also made it difficult to convince some that the shots, developed to end the worst pandemic in history, should go into their bodies.

Pregnant people have among the lowest vaccination rates in the United States. As of Sept. 18, about 31% were fully vaccinated, according to the CDC, significantly less than the most recent national average for adults, which is 67%.

That’s frustrating for medical experts who say getting the coronavirus while pregnant could have devastating consequences. Research has linked the disease to premature births and other adverse outcomes.

About 5,400 pregnant people have had confirmed cases of the disease statewide, with 9% diagnosed this August.

State epidemiologists, who conducted a search of Virginia’s pregnancy coronavirus cases about a week ago, said they couldn’t find any in which the person was vaccinated.

Meanwhile, no studies have found an increased risk of infertility or miscarriage linked to vaccination.

Though Dr. Gwendolyn Williams, a Sentara Careplex hospitalist, went on maternity leave a few weeks ago, she hasn’t stopped working. Two days before she gave birth to her daughter, Kira Seavey, The Hospitalist published an article she wrote on addressing vaccine hesitancy with patients.

She’s drawn on her experience to advocate to others. As a health care worker, she was among the first eligible to get a COVID-19 shot. She received her initial dose when she was five weeks pregnant.

“I was absolutely terrified because it’s something that you don’t know,” she said during a Sentara web event for expectant patients. “I’m a first-time mom, and I didn’t have the information that you all have (now) about the safety of the vaccine, so I had to make a decision based on as much truth as I could find and not based in fear.”

In retrospect, Williams, who is also vice president of the medical executive committee at the Hampton hospital, feels fortunate she made that decision. After she received her first dose, her husband got COVID-19.

“By the universe, by the grace of God, by whatever you want to call it — destiny — I did not get it, and I tested myself multiple times to make sure that I was negative,” she said.

Williams believes families and friends of a pregnant person can build a sort of invisible “cocoon” for the baby by getting vaccinated.

“When I get a vaccine for something, whether or not it’s even COVID, and everybody in my inner circle gets it, and people in their inner circle get it, can you imagine a circle forming and putting the baby at the center?” she said. “What did we just do for that baby? We just protected that baby.”

Dr. Adele Moser, a Sentara obstetrician-gynecologist in Elizabeth City, North Carolina, said the vaccines trigger the immune system to make antibodies that will fight off an infection from the virus. Some of those antibodies can even pass through the placenta to the fetus.

The placenta has the highest transmission of antibodies when the patient is 27 to 36 weeks pregnant. That’s why over the past decade or so, doctors have recommended their patients receive the diphtheria, tetanus and whooping cough vaccine, or T-dap, in that period.

“That being said, especially given the different variants that are emerging, I don’t think that benefit weighs on the waiting ‘til that time frame to get vaccinated,” Moser said.

A misconception perpetuated in social media is that if pregnant or breastfeeding people get a vaccine, the drug will pass through their bloodstream or milk into their babies. A common fear is that the baby could have an adverse reaction.

Doctors say that’s not how messenger RNA vaccines like Moderna and Pfizer work. The substance rapidly degrades and creates spike proteins on cells that help the body recognize the virus and attack it.

But the antibodies do appear to be reaching the babies. A small study of 84 vaccinated mothers and over 500 of their breast milk samples found that an antibody, known as Immunoglobulin A, increased significantly after the first dose. It continued to rise through the second dose before descending about three weeks later.

Immunoglobulin G, another antibody, was also found, with it showing up in almost all samples in the weeks right after the second dose.

Porche said research has already shown Immunoglobulin G in umbilical cord blood. It can offer protection to the fetus, but scientists aren’t sure how long it lasts, just as it’s unclear how long immunity lasts in all individuals.

As a hospitalist, Williams has seen firsthand how COVID-19 affects otherwise healthy people. For 38 weeks of her pregnancy, she was at work, treating them.

She did what she could to protect herself. She wore an N-95 respirator mask, a mask over that, goggles, a hair covering, scrubs and a gown.

She’d jot down what she wanted to say before entering to avoid spending more than 15 minutes in the room. But often she spent longer with infectious patients who didn’t have visitors.

She had some who never left the hospital. One man, a father of several children, was hospitalized for weeks before dying. Williams said she and the staff tried many things, but nothing worked.

“One of his children asked, ‘If this was your father, what would you do?’ I just sobbed,” she said, her voice quavering. “I said, ‘If this was my dad, I would not let him suffer.’”

“Think of that as a potential reality,” she said, “And then, you know, put it to the 10th power if you’re pregnant.”