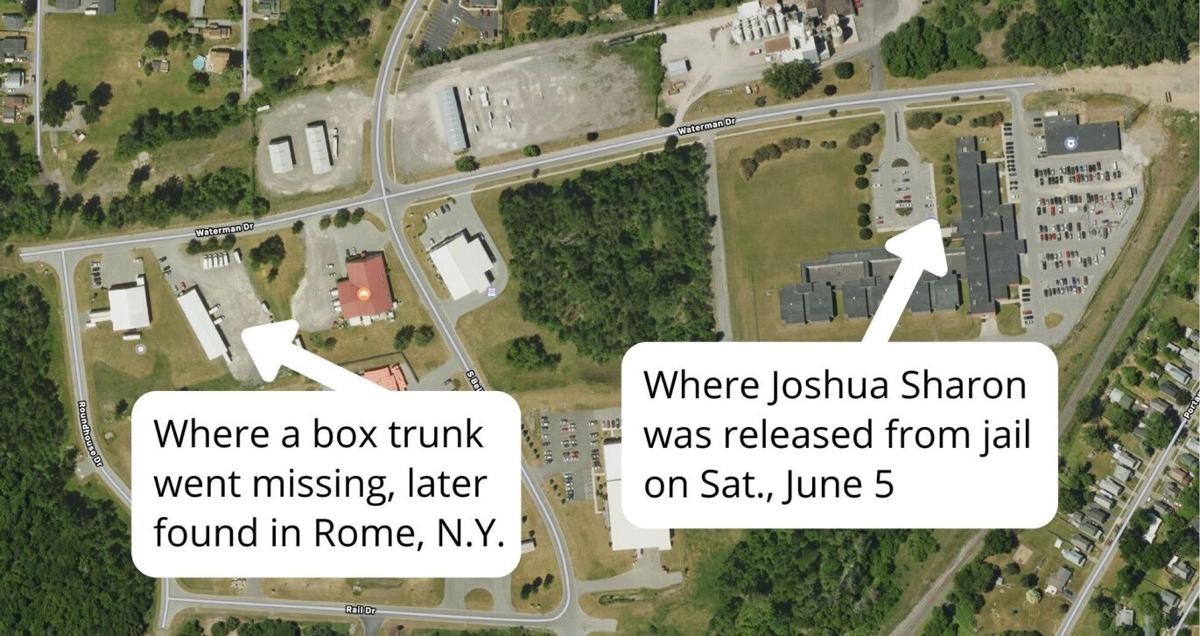 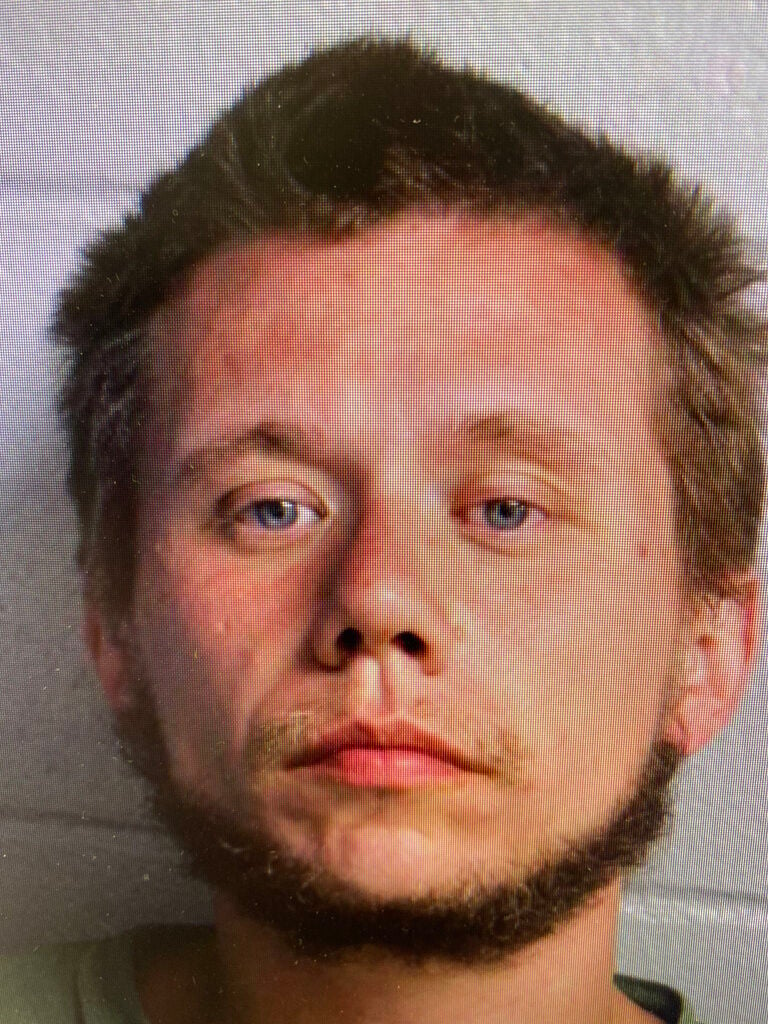 WATERTOWN — A man and a woman from Rome who appear to know each other were involved in separate misadventures in Watertown that allegedly involved a stolen horse, a stolen Frito-Lay truck and stolen Little Debbie brownies.

The woman allegedly stole a horse this week and then was ejected from it. The man walked out of jail and then allegedly stole a Frito-Lay delivery truck two blocks away. What started as separate cases in Jefferson County is quickly turning into one bizarre connection.

Brittany T. Ransier, of Rome, would tell police that she found a horse Tuesday on the Black River Trail in Watertown and decided to ride it, “in an attempt to return it to its owner.” Just a few days before, Joshua B. Sharon, also of Rome, allegedly began or continued his nearly 10-car stealing spree that spanned at least from Watertown to Madison County.

The sheriff’s office, state police and city police all share unique investigations into both incidents, and now it all seems connected.

It would turn out the two once lived together for a short time, although it appears to have been in an abandoned house.

It was Saturday evening when local law enforcement first came in contact with Mr. Sharon. In a vehicle that allegedly didn’t belong to him, he was driving down Interstate 81 in the town of Ellisburg when he ran out of gas. It was actually a Department of Environmental Conservation officer who responded first, likely just looking to assist Mr. Sharon. Once things became suspicious, more law enforcement arrived on scene. The car he was driving was being treated as a stolen vehicle until the owner decided he no longer wanted to press charges.

Meanwhile, a sheriff’s deputy who was investigating a petit larceny in Adams Center would end up connecting Mr. Sharon to the crime through surveillance cameras. It is alleged that Mr. Sharon stole Little Debbie brownies and beef jerky from the Adams Center Market on Saturday. He was arrested for petit larceny and transported to the Metro-Jefferson Public Safety Building.

Mr. Sharon was issued a ticket to appear in City Court; he allegedly told law enforcement he had no intention of appearing in court.

A detective with city police began looking at surveillance cameras from the moment Mr. Sharon was released from jail.

According to video surveillance, Mr. Sharon left the lobby of the public safety building at around 9:37 p.m. on Saturday. He was on camera walking down Waterman Drive toward United Auto Supply — a neighboring building to the jail — where he is seen looking into parked vehicles. He then continued down the street and was seen looking into more vehicles that were parked outside the former Alteri’s Bakery. He is then seen heading toward the Frito-Lay distributor before disappearing out of frame.

Within roughly 15 minutes, a 16-foot distribution box truck left Frito-Lay, which was closed at the time. The truck got back on Waterman Drive and began driving toward the public safety building, which indicated that the driver was now lost, since that would be a dead end.

It appears the driver figured this out and turned around, headed toward Interstate 81 and began driving south. The truck is equipped with a global positioning system, which showed that it made several stops on its way to Rome, where it would be abandoned. City police’s only suspect is Mr. Sharon; however, he has not been charged with stealing the truck. City police are still investigating.

But by Monday, Mr. Sharon allegedly began stealing again, in Oneida and Madison counties. He allegedly stole six cars in two days, during which he was arrested and released before allegedly stealing again, sparking officials in Madison County to criticize bail reform laws. Sheriff Todd Hood said Mr. Sharon told officers he was going to continue his crime spree as they were releasing him.

Mr. Sharon would ultimately be arrested again and held in jail. He was charged with fourth-degree criminal possession of stolen property, resisting arrest, obstruction of governmental administration, unauthorized use of a motor vehicle and fifth-degree criminal possession of stolen property. He was also charged with failing to register as a sex offender.

On Wednesday, state police were dispatched to a report of an injured woman who fell off a horse on the Black River Trail at Weaver Road in the town of Watertown.

According to a witness state police interviewed, Ms. Ransier was riding a horse on the trail and was approaching Weaver Road. When the horse got close to the crossing, where there are yellow warning pillars, the animal came to an abrupt stop. Ms. Ransier was ejected forward and came to rest in the middle of the road. She was being treated for a head laceration, as well as multiple bumps and bruises. She told police she found the horse walking down the trail and then decided to ride it before falling off. She was transported to Samaritan Medical Center for treatment of a head injury.

During their investigation, state police spoke with an Amish farmer who was operating a vegetable stand outside the Save A Lot grocery store off Eastern Boulevard in the city of Watertown, near the Black River Trail. The farmer told troopers he discovered his horse, which he had tied up near the tree line next to the building, was missing. State police say it appears that the horse was deliberately untied and stolen; however, the farmer did not want to pursue any criminal charges against Ms. Ransier. He did retrieve his horse, which was unharmed during the incident.

Both suspects were not forthcoming about who they were with while in Watertown; however, Mr. Sharon mentioned to sheriff’s deputies that he was looking for his girlfriend. He would not give law enforcement a name. Police could not confirm their connection or whether they were traveling together, mostly because the incidents were separate, but it appears Ms. Ransier and Mr. Sharon at least know each other.

In October 2020, Mr. Sharon and Ms. Ransier had lived together in an abandoned house. They were arrested for allegedly taking up residence in a vacant and for-sale building, where they had been staying for a few days, according to an account in the Rome Sentinel. They were both charged with second-degree criminal trespassing, after they told police they entered through an unsecured side door.

On Wednesday, a day after Ms. Ransier was injured falling off the horse, she was still in Watertown and still apparently injured from her fall. A helicopter nearly transported her to Syracuse, but ultimately she was transported to Lewis County General Hospital since Samaritan happened to be on medical diversion at the time. The address where the ambulance was sent for Ms. Ransier was 702 Washington St., which is vacant and abandoned with a lock on the door — roughly a block away from Samaritan Medical Center.