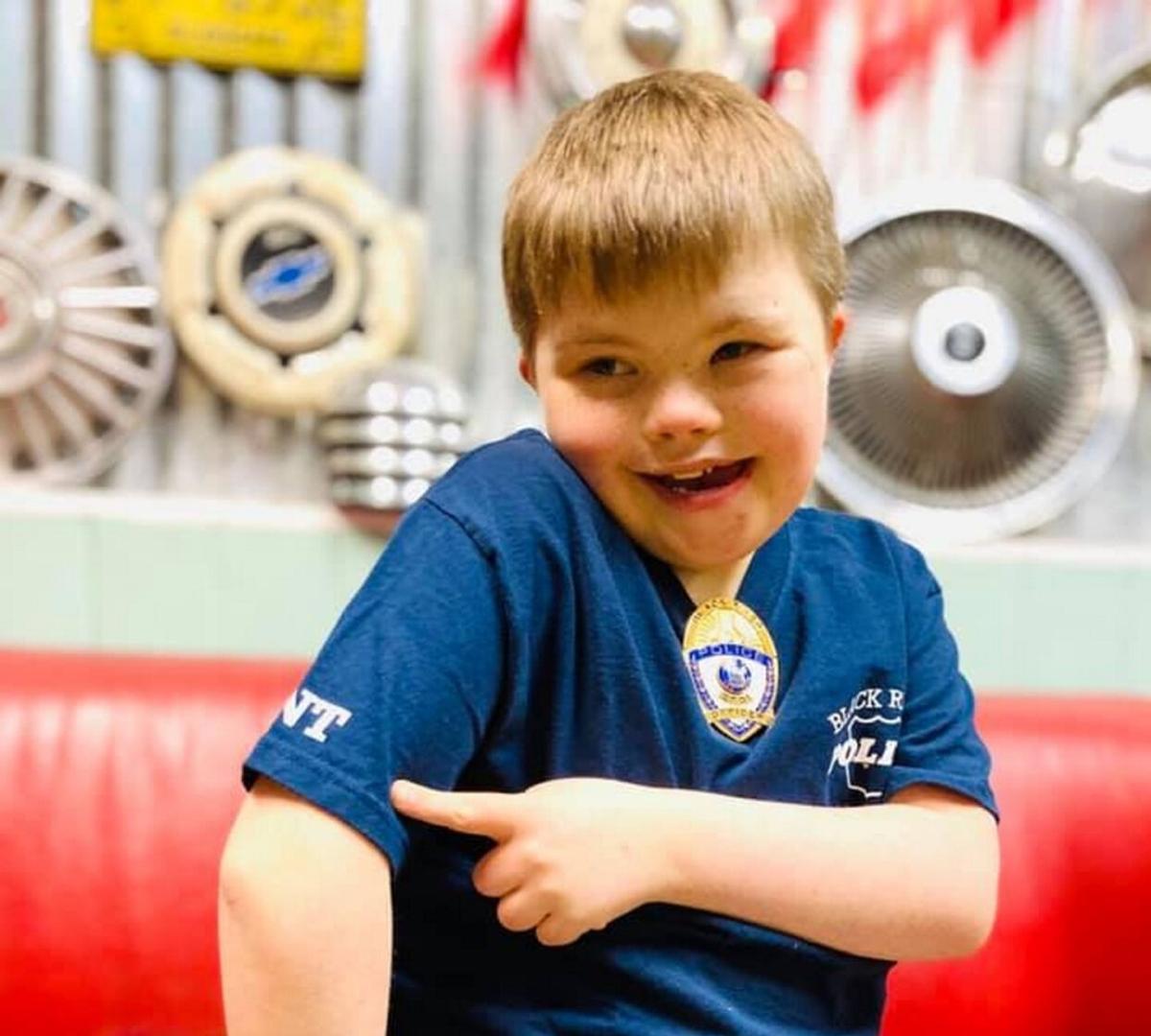 Ezra H. Hunt poses with his near gear from the Black River Police Department. Provided photo 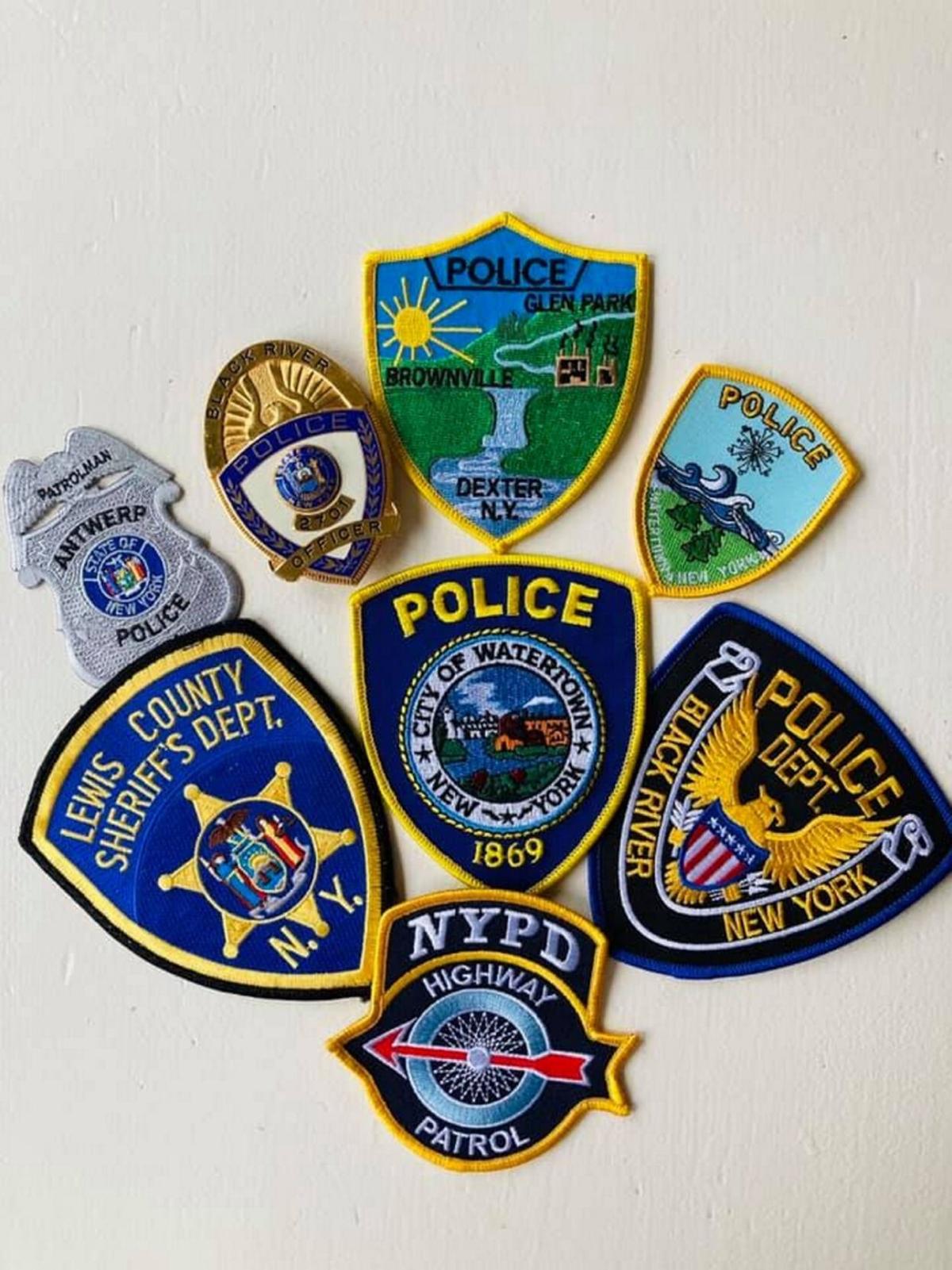 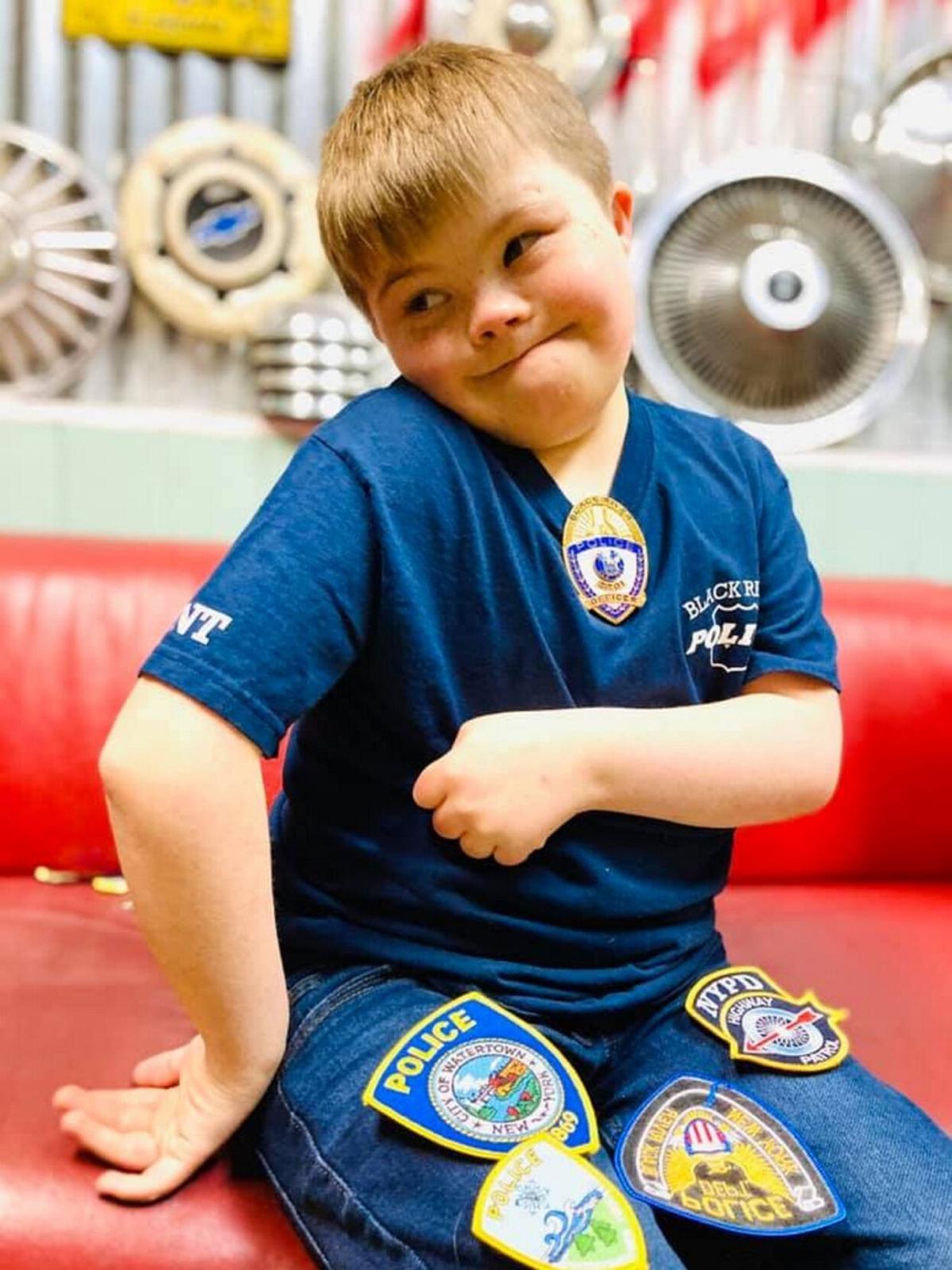 Ezra H. Hunt poses with his near gear from the Black River Police Department. Provided photo

An 11-year-old with Down syndrome who has logged three open heart surgeries got to return to school in Alabama as an honorary police officer, thanks to the chief in Black River.

No matter how unlikely, Ezra H. Hunt, who goes to Shelby Elementary School in Alabama, went back to school on Tuesday wearing a Black River T-shirt with his name on the sleeve. He also was issued a certificate that made him an honorary officer, along with, and certainly not lost on his father, the actual nickle and gold badge Chief Steven Wood used to carry in his wallet while on patrol.

“The fact is that I can see how special that is,” said Michael J. Hunt, his father. “I don’t know that Ezra can appreciate the significance of that yet.”

The 11-year-old is always talking about how much he likes officers. Mr. Wood found out about Ezra after he met his father through a mutual friend a few years ago.

Ezra has dressed as a police officer for each of the last two Halloweens. He’s constantly watching officers on YouTube doing lip sync challenges. He’s always pretending to arrest people, or asking for toy handcuffs or walking right up to them.

“Whenever we’re out and he sees a police officer,” Mr. Hunt said, “he runs up to them and asks them if they arrested any bad guys.”

“Ezra was of course tickled to death when he got it,” Mr. Hunt said. “People don’t just generally take out time to do something like that. It takes a special person.”

Mr. Wood keeps patches in his car for kids at scenes. Or he might have given out a few T-shirts over the years, but he’s never mailed his old badge, he said.

“I just thought ‘The more that I can give, the happier Ezra might be,” Mr. Wood said. “All you can do is try to make these kids’ lives a little better.”