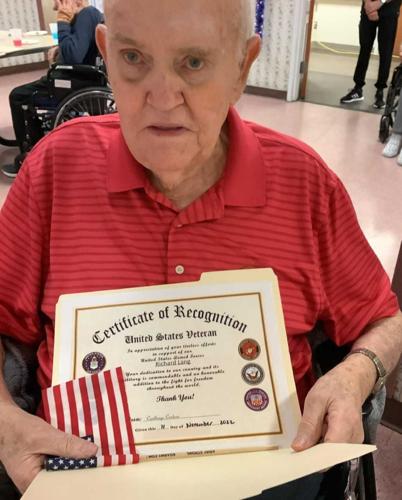 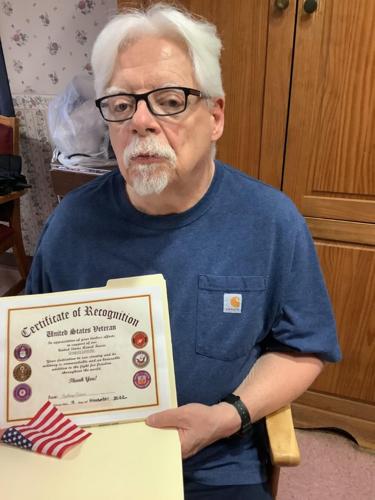 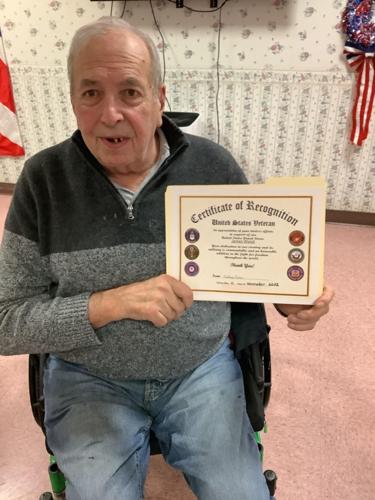 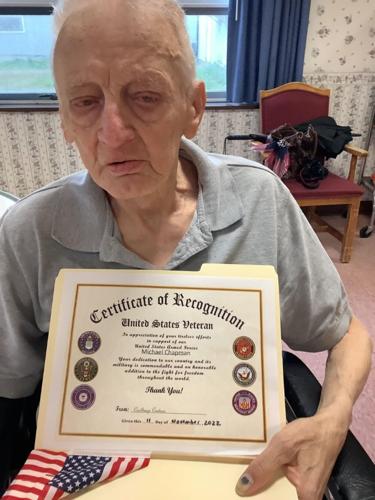 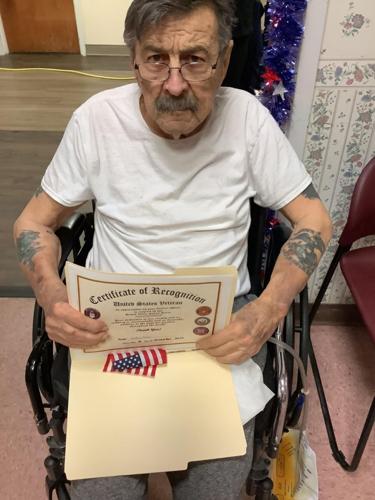 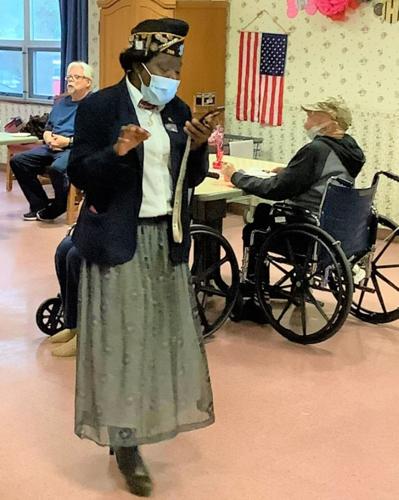 CARTHAGE — On Veterans Day, Carthage Center for Rehabilitation and Nursing honored its residents who served in the armed forces.

Janice Gravely, commander of American Legion Bassett-Baxter Post 789, was on hand to honor the veterans and provided entertainment.

The commander sang some patriotic and popular songs accompanied on guitar by Larry Stamatel, a traveling minstrel from Moravia who often performs at the nursing home.

The commander said it was important to visit the veterans.

“We may be the only people they see,” she said. “Every Veteran should know that their service is appreciated and we appreciate the foundation they paved for each of us. We definitely need to do this more often.”

The residents were served cherry cake decorated like an American Flag.