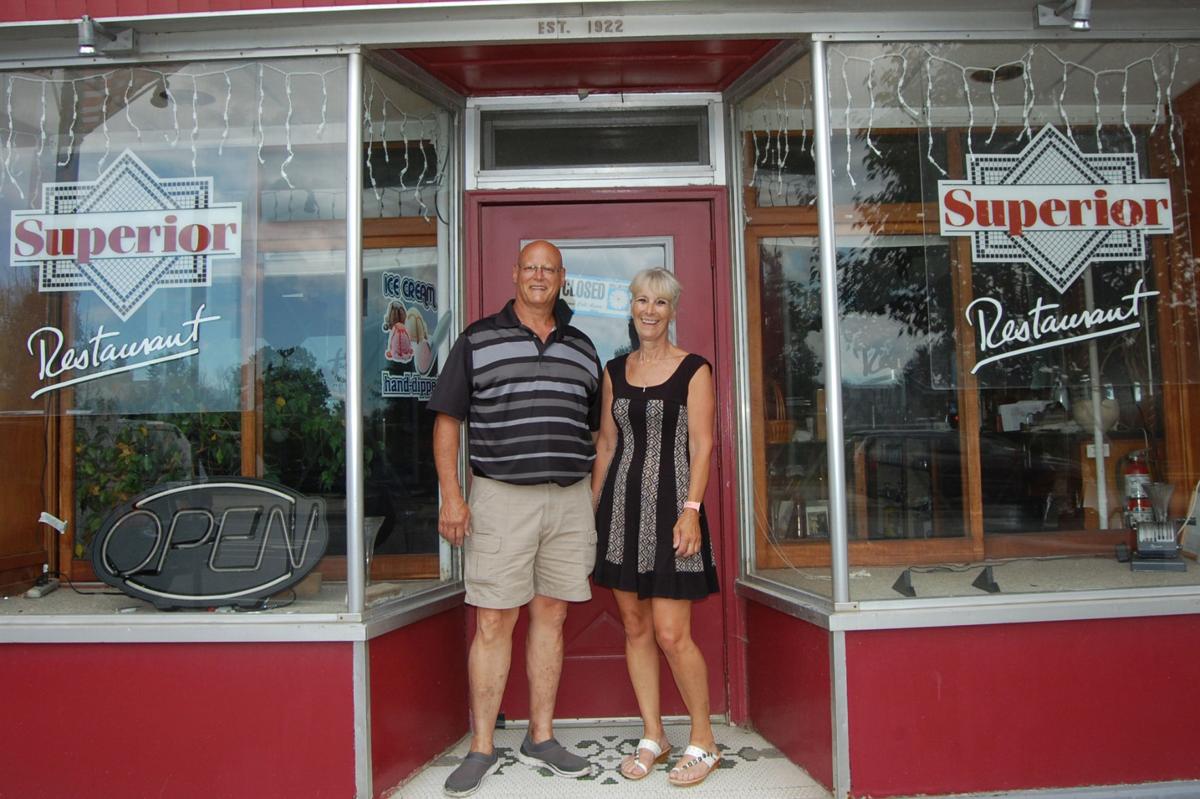 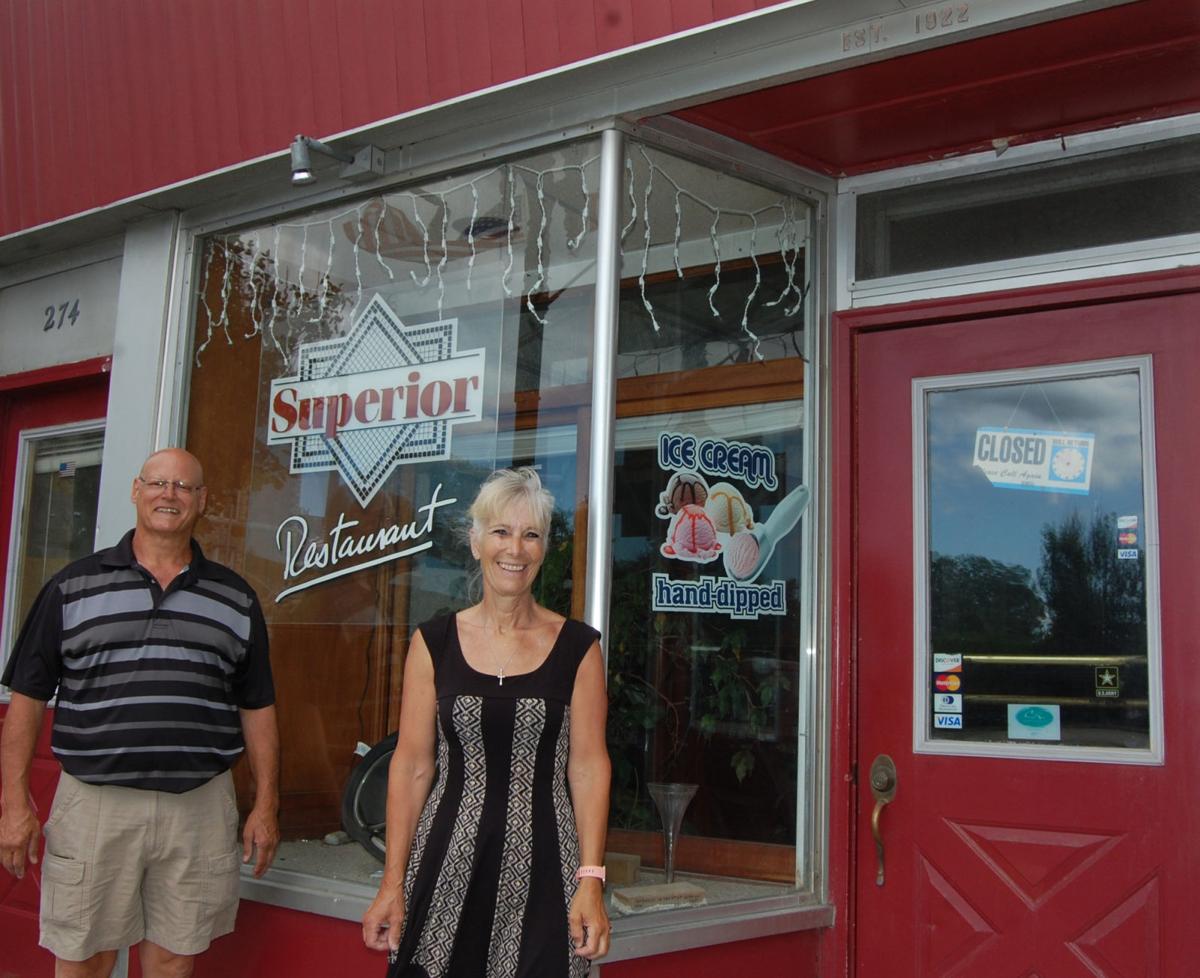 Another downtown business has closed in Carthage. Since Dominic Condinos Motors closed last year, Superior Restaurant was the oldest family business in the village. Owners James and Donna Costes have now decided to close the restaurant. Elaine M. Avallone/Johnson Newspapers 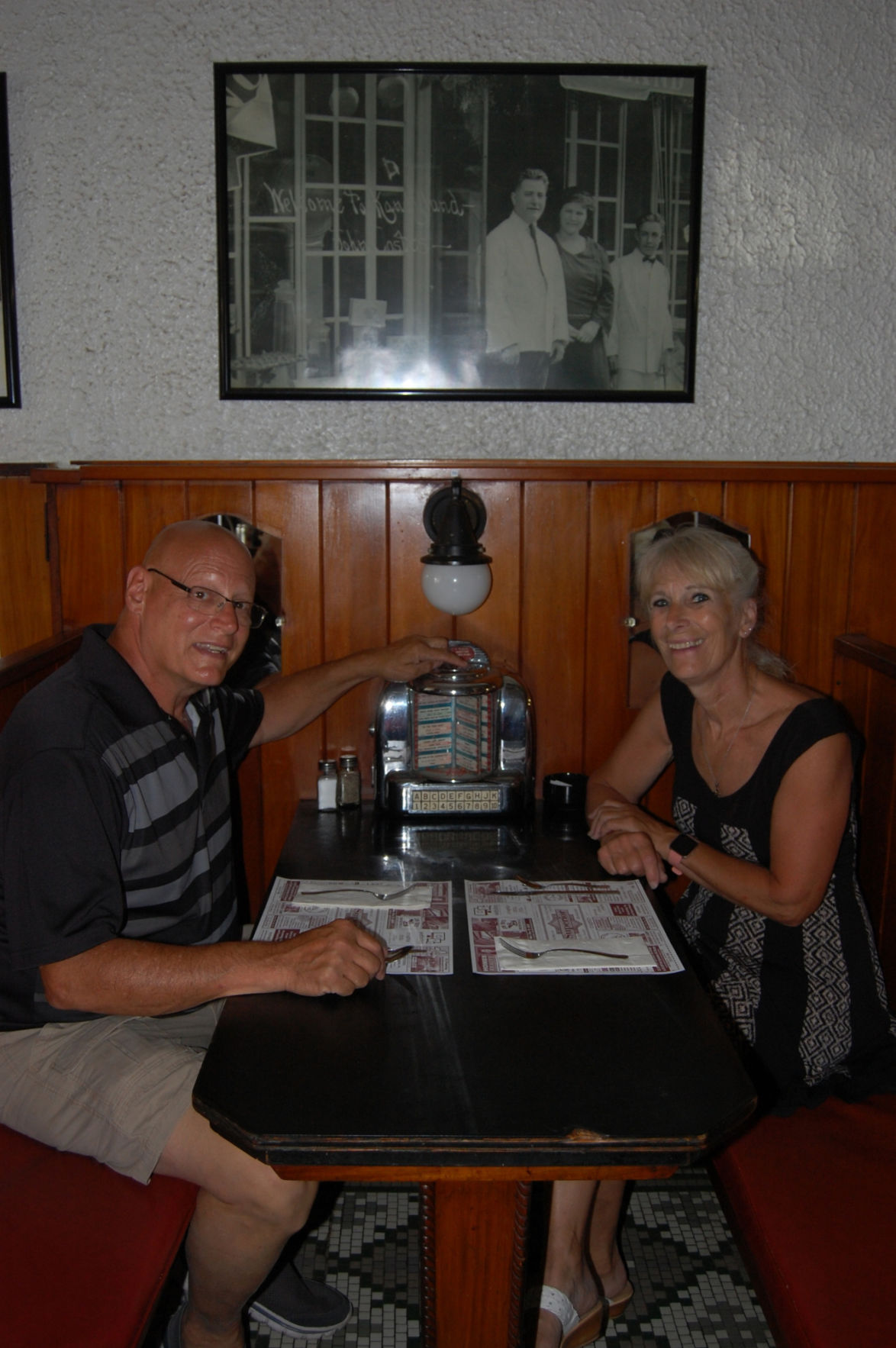 James and Donna Costes sit in one of the iconic Superior Restaurant booths beneath a photo of John and Mary Costes, who started the business as Kandyland in 1922. Elaine M. Avallone/Johnson Newspapers

Another downtown business has closed in Carthage. Since Dominic Condinos Motors closed last year, Superior Restaurant was the oldest family business in the village. Owners James and Donna Costes have now decided to close the restaurant. Elaine M. Avallone/Johnson Newspapers

James and Donna Costes sit in one of the iconic Superior Restaurant booths beneath a photo of John and Mary Costes, who started the business as Kandyland in 1922. Elaine M. Avallone/Johnson Newspapers

CARTHAGE — A family-owned restaurant that has been a cornerstone of the downtown business district for nearly 100 years will not be reopening following the New York State on PAUSE order.

James G. and Donna K. Costes, the third-generation owners of Superior Restaurant, 274 State St., have decided not to reopen after being closed for more than three months.

“I had planned to stay open two more years until the Superior turned a hundred years old, but when COVID-19 came along, Donna and I decided it was time to retire,” said the restaurateur.

Mr. Costes’ grandparents, John and Mary Costes, established Kandyland in 1922 at the State Street location. The senior Mr. Costes had been a traveling salesman hawking cigarettes and coffee. The tale on the back of the restaurant’s menu states, the salesman liked the area and the people so he decided to set down roots in Carthage. The sweet shop was known for its chocolates, taffy and ribbon candy that was a special holiday treat. The shop also offered sandwiches, which were popular with lumbermen and papermakers who worked in the area along with their families.

As the family business grew, the candy making was phased out. The building, circa 1915, was remodeled into a restaurant in 1936 and renamed The Superior Grill.

While growing up, sons George and Leo aided in the running of the restaurant.

Before World War II, the Superior became a popular spot for college students heading up to Potsdam and Clarkson. But with the war came shortages — beef, butter and coffee were scarce and in 1943, and the Superior temporarily closed down. Later that year, Mary Costes died. But when victory came closer, the Superior reopened.

After his military service discharge in 1945, George Costes entered the family business with his father and brother.

George and his wife, Kathryn “Kay,” assumed ownership of the grill in 1950. During that decade, the grill was renamed as a restaurant. The younger generation began coming for the soda fountain and jukebox. Some young patrons carved their names in the tables which can still be seen today. Many Carthage residents recall the small Seeburg remote jukebox selector which sat in each booth.

James Costes tells of when he and his brother John were young, the actual jukebox was in the basement. Unbeknown to the restaurant patrons, the boys could override the selections which were chosen when the quarters for three songs were put in the remote selector and listen to the music of their choosing.

After his father’s death, James left his job at Climax to help his mother at the family restaurant.

In 1989, the torch was passed to a third generation when the current owners took over.

With the closing of Superior Restaurant, the Costeses end a chapter of their lives.

“We are very sad,” Mr. Costes said. “So many people friends and family look forward to the Superior not only for the superior food but the memories growing up in Carthage and coming to the Superior. Growing up in the Superior there are so many memories — family dinners after hours, family coming from New England in bringing lobsters for family feast. Dad would steam them on his father’s candy stove downstairs. Not only my family but the Superior friends that are like family coming in from out of town. Local customers would celebrate birthdays and reunions. Sometimes when Donna and I could get out of the kitchen just to sit down with our friends that come in. Just like my mom and dad, George and Kay, did. A lot of people didn’t realize that after mom and dad passed on George and Kay still were at the restaurant — my middle name’s George and Donna’s middle name is Kay. We will miss this as a part of our family restaurant.”

Everyone who frequented Superior Restaurant has fond memories of the old-time family establishment with its tin-plate ceiling, mosaic-tile floors and high backed booths with mirrors on the wall.

“I have been going to the Superior since the 1970’s as a teen with friends,” Kelly A. Pacella said. “Then for lunches with my co-workers from Ames Department store from 1980 to 1990.”

Mrs. Pacella continued to frequent the eatery with new co-workers and friends, “enjoying the atmosphere, the people and the great food Jim and Donna have dished out time and time again.”

“We always feel like family when we used to go in,” Bruce Hazen said. “Sometimes we were there two or three times a week. They knew what we wanted for drinks and were always polite and welcoming.”

He noted, he and his wife, Marilyn celebrated their anniversary at the Superior.

“Back when I worked Slack Chemical I did the payroll for George Costes,” Margaret “Midge” Cleland said. “So many memories from high school down to the present. We always had our group birthday gatherings at the Superior. In fact my adopted son had his first meal in Carthage with me at Superior and loved their fish fries.”

Ms. Cleland recalled James Costes created the “Midge Sandwich” — a Philly Steak made with chicken instead of beef — for her.

“Whenever I could, I took visitors, who were here on historic research, to the Superior Grill for lunch or dinner,” said town of Champion historian Lynn M. Thornton, who helped the Costeses with the display of historical photographs which were added to the restaurant decor a few years ago. “It was wonderful to be able to converse surrounded by our local history. I was pleased to be able to help Jim a d Donna when they wanted to have pictures of the past on display. I was able to put together a collection of scenes with a brief description of each for them. I will miss ‘The Grill’ and the marvelous food, atmosphere and people.”

The Costeses recalled several loyal customers and employees, including waitresses Viola Farmer and Cassie Mono, whom they spoke of as though they were members of their family.

“Fred Gleason, he was an UPS man, he came in everyday for lunch,” said Mr. Costes. “His wife Joan worked at bank. They came all the time and even after they stopped working.”

The people is what they will most miss about not operating the restaurant.

“To our customers thank you for all your kind words and thank you, for letting us know how much the Superior meant to so many people,” said Mr. Costes. “With a heavy heart it’s time to move on with our lives.”

The couple is now living in the Adirondacks and plan to be winter snowbirds. Other than that, Mr. Costes who has not ruled out returning to work, has no set plans.

“It is so unfortunate that yet another well-known, popular, land mark is closing its doors for good,” Mrs. Pacella said. “The Superior Restaurant will be sorely missed.”