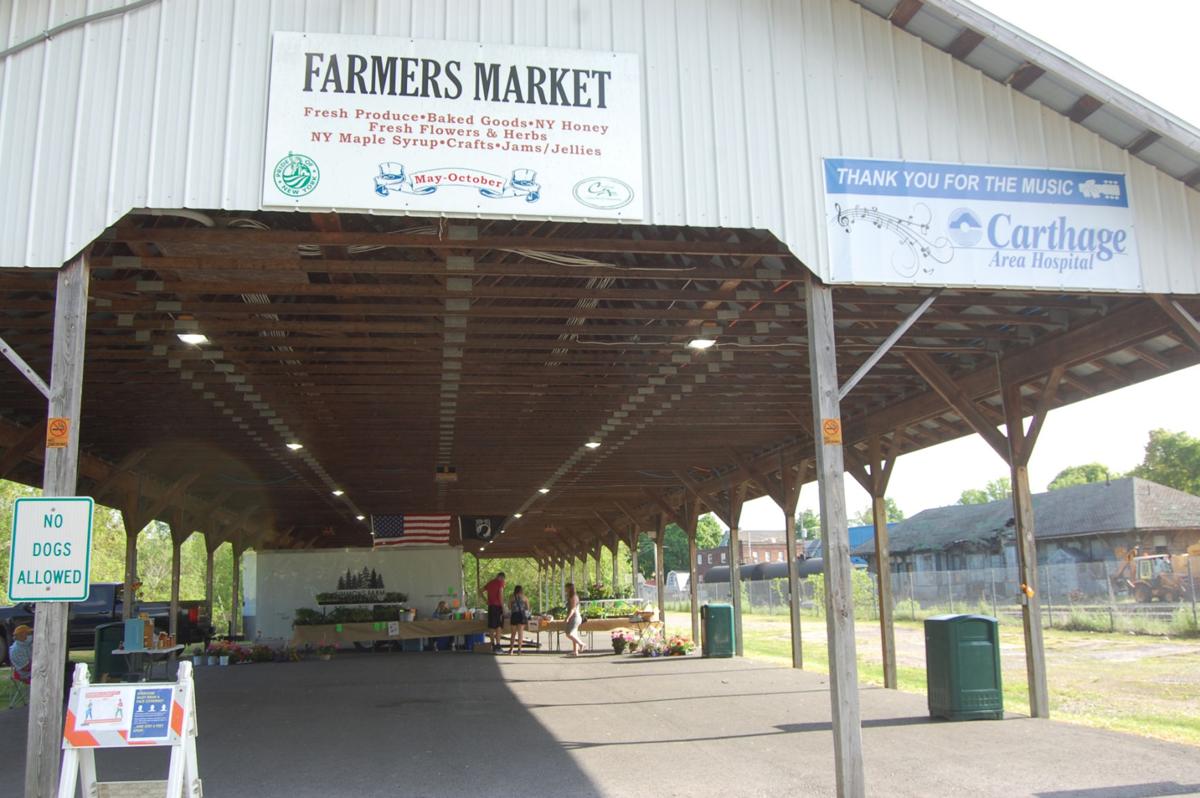 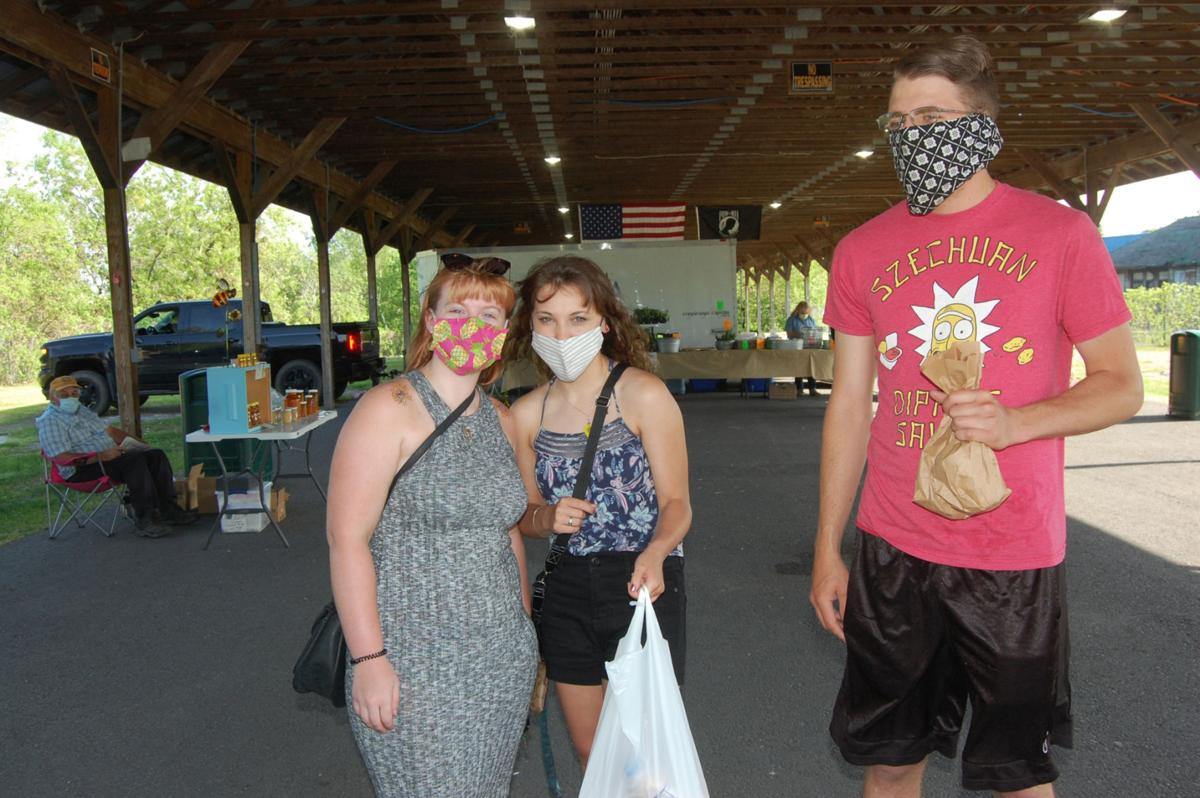 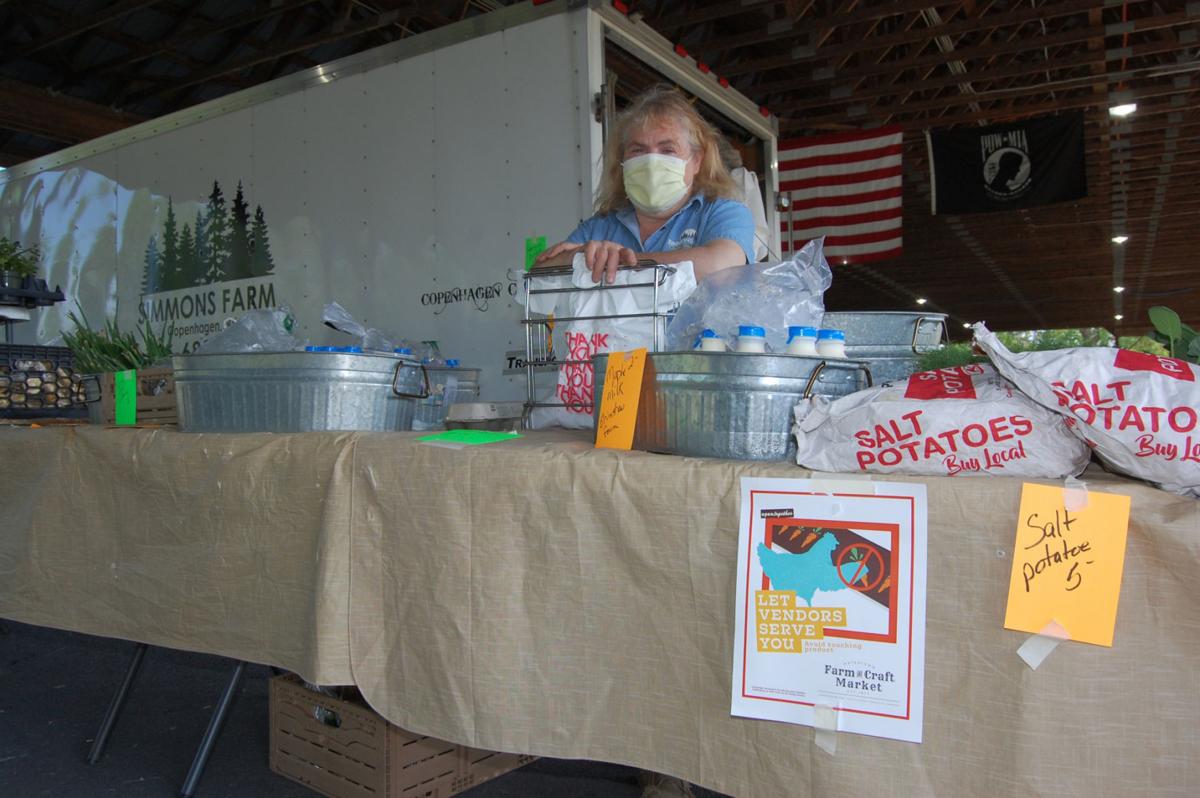 Shari Simmons was one of two vendors at the opening day of the Carthage Farmers Market. Elaine M. Avallone/Johnson Newspapers

Shari Simmons was one of two vendors at the opening day of the Carthage Farmers Market. Elaine M. Avallone/Johnson Newspapers

CARTHAGE — The sentiment was sad but hopeful as the Carthage Farmers Market opened Friday.

Market manager Jeanette A. Turner was expecting five or six vendors on opening day, but due to illness and staff issues, only two — Simmons Farms and Swartzentruber Honey Farm — showed.

The manager and vendors were hopeful that the market would improve.

Mrs. Turner said she fielded a lot of phone calls about the opening of the market, and two hours into opening day there had been a steady, but light stream of patrons. By day’s end she said 125 patrons had visited the market.

“I am looking for clarification from the state if with Phase II we can allow crafters at the market,” she said, noting early in the season crafters draw in patrons.

By Friday afternoon Mrs. Turner announced the state had approved the north country moving into phase two and that she had confirmation that now the “farmers market has been given the go ahead to allow all vendors including craft vendors to return to the market in accordance with the guidelines set under Phase 2.”

Craft vendors or others interested in being part of the Carthage Farmers Market should call the chamber at 315-493-3590 to obtain an application and more information.

Shari Simmons of Simmons Farm said despite having a farmstand at her business on Route 12, Copenhagen, she will continue at the Carthage Farmers Market to support Mrs. Turner and the chamber.

“It will all come together, it always does,” she said.

Vegetable plants and flowers were big sellers on the opening day at the Simmons booth, which is now located under the pavilion instead of down by the river.

Honey vendor Marvin Swartzentruber said he had made a few sales, but it was early.

Most patrons did not leave empty-handed.

Memorie Nix of Carthage brought her boyfriend William Snow to the market in celebration of his birthday.

“He hasn’t been to the farmers market since he’s been here,” Ms. Nix said.

Mr. Snow, a Fort Drum soldier, said he had been to markets elsewhere.

Ms. Nix said it was sad that there weren’t more vendors.

“It will get there,” she said, noting she has often visited the market over the past two years.

“These coronavirus times are taking a toll on everything,” Mr. Snow said.

Mr. Snow purchased some honey, and his sister Alexandra Rockafellow bought some of the A2A2 milk.

“It is sad but it will get better,” Ms. Rockafellow said. “It’s better like this than crowded. If we rush into opening, things will get worse.”

Mr. Snow said he would return to the market.

A trio of Carthage Area Rescue Squad members came to the market from across the parking lot.

“We come down every Friday,” CARS chief Amanda Henry said. “It’s sad, we are used to seeing it full but we understand we have to keep everyone safe. It’s a beautiful area down here by the river.”

The market is held each Friday through October at the Farmers Market Pavilion on Riverside Drive from 7 a.m. to 2 p.m.

With the state’s current mandates, the market will see changes as follows:

— Only essential businesses will be allowed, excluding craft vendors and entertainment

— All patrons and vendors must wear masks or face coverings

— Produce will be bagged by vendor, and patrons will have limited access to product until purchased

— Social distancing will be enforced; patrons will be asked to not congregate

— There will be a food vendor, but meals will not be allowed to be consumed at the market.

— There will not be restrooms available to the public

— All vendors will be in the pavilion area