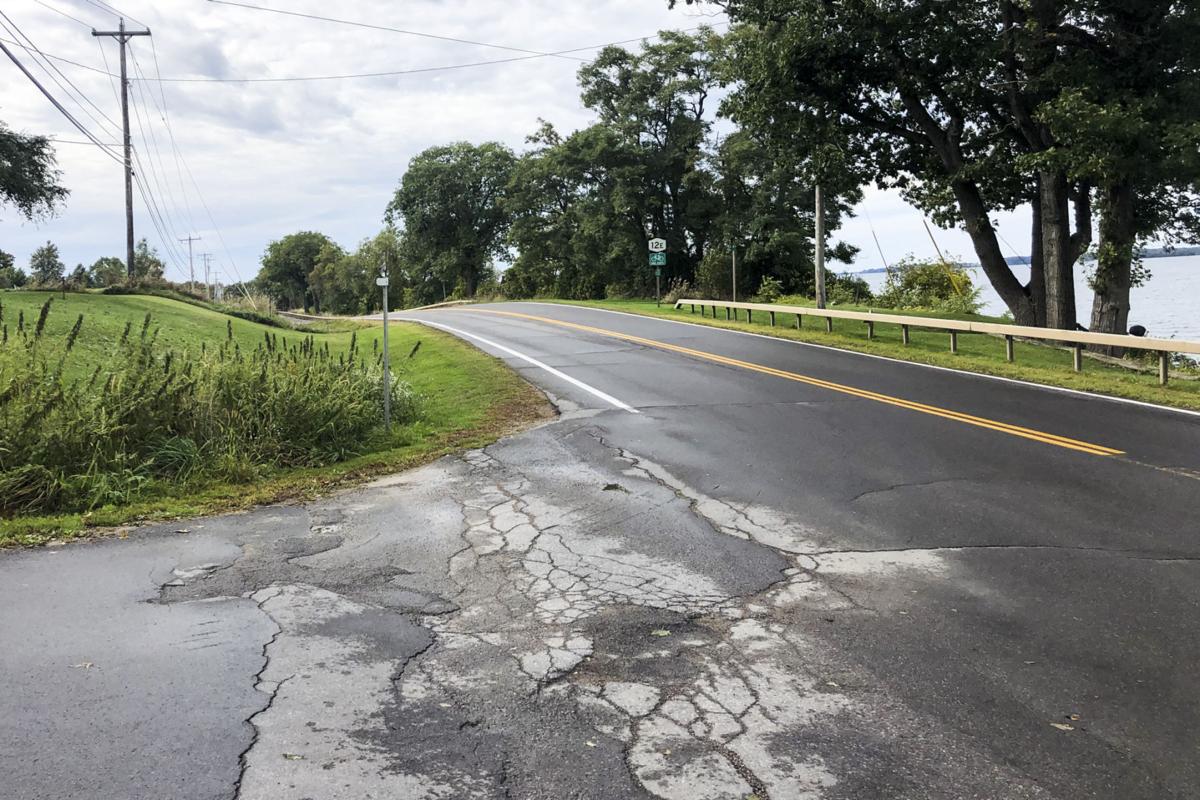 The curve at the end of the slope on Route 12E and Branche Road has been hindering motorists’ visibility when they try to turn onto Route 12E from Branche Road, according to Ernie Passaro. He contends the state DOT must level the road. Marcus Wolf/Watertown Daily Times 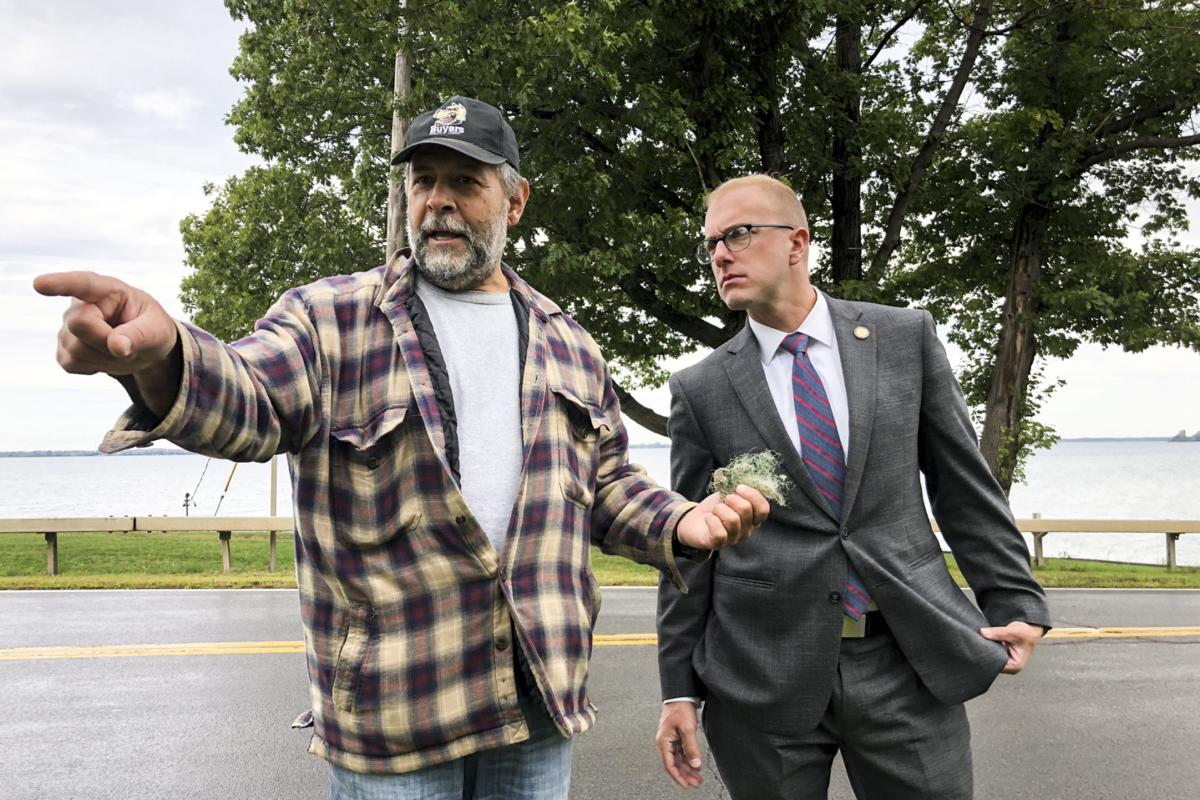 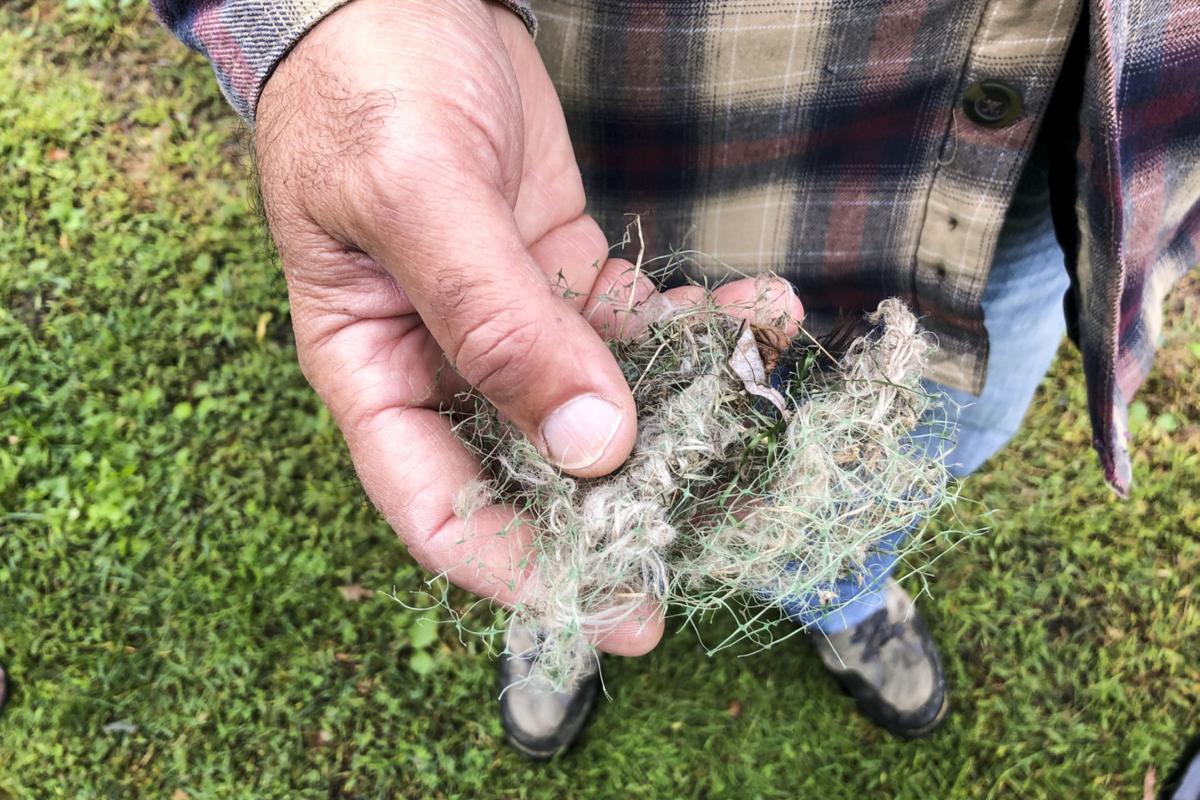 Ernie Passaro holds a piece of ecomat from the slope on his property. The state Department of Transportation has yet to replace the ecomat, which ruins the beauty of his property and has trapped animals, with grass and topsoil. The roadwork began in 2016. Marcus Wolf/Watertown Daily Times 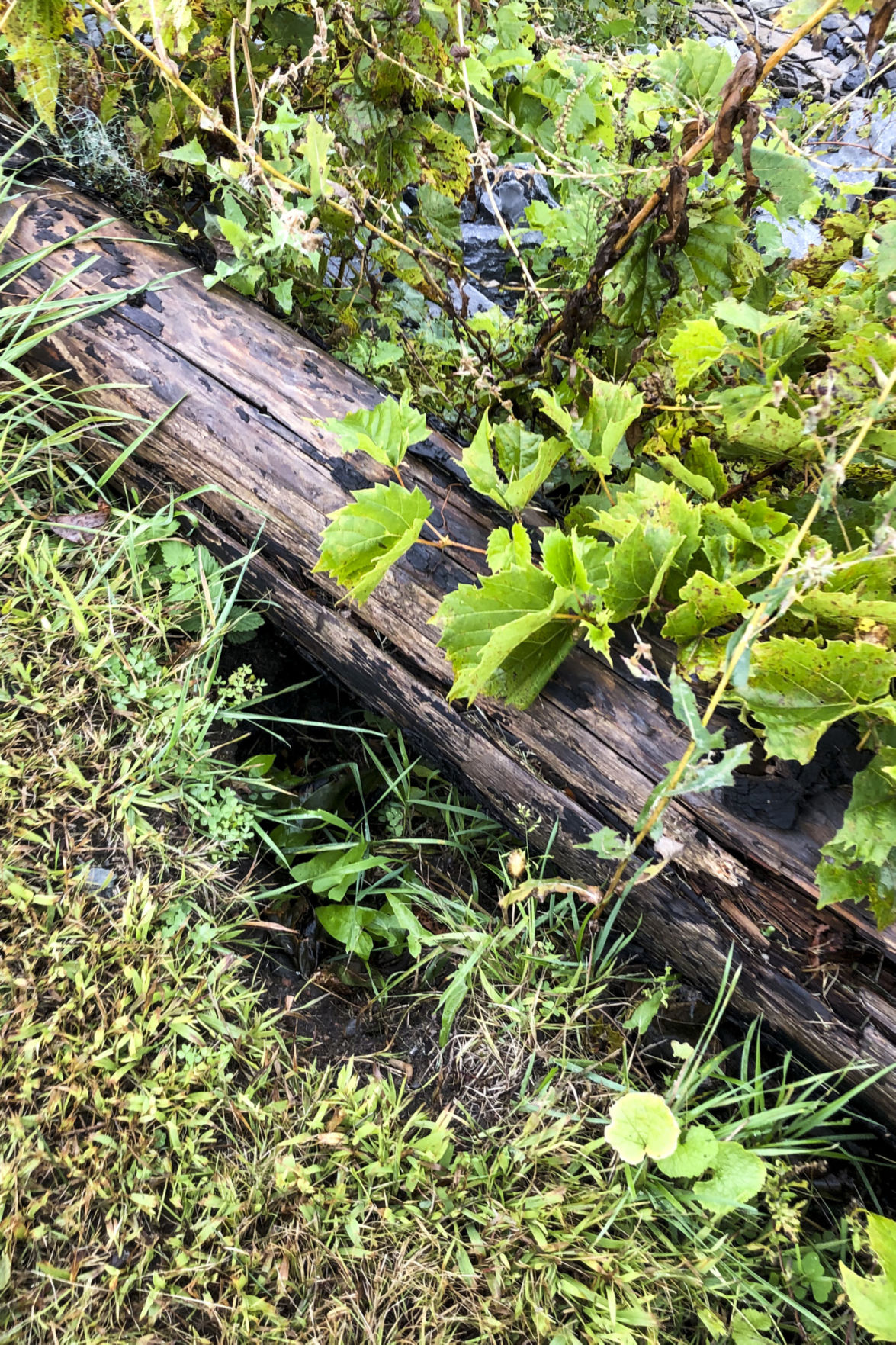 The curve at the end of the slope on Route 12E and Branche Road has been hindering motorists’ visibility when they try to turn onto Route 12E from Branche Road, according to Ernie Passaro. He contends the state DOT must level the road. Marcus Wolf/Watertown Daily Times

CAPE VINCENT — A couple with short-term rental homes at Route 12E and Branche Road claim the state failed to address safety and aesthetic issues by not completing a three-year-old project and maintaining a portion of the intersection.

Mr. Passaro, however, said the department has not leveled out part of the slope adjacent to the Cape House, 3128 Branche Road, and the stretch of Route 12E along it, meaning travelers exiting Branche Road still struggle to see cars without entering the roadway first.

Overgrown brush along the roadway that the DOT has not trimmed also has reduced visibility, Mr. Passaro said.

The department also has not replaced the ecomat on the slopes, which has trapped a couple of animals, with grass and topsoil to beautify the property, which is part of the project, Mr. Passaro said.

“I want to make this safe for vacationers,” Mrs. Passaro said.

The Cape House and Branche House, 3129 Branche Road, have welcomed about 200 guests combined per summer.

Not finishing the slope and a lack of maintenance on the roadway also has presented drainage issues. Runoff gathers in the crevice between the slope and hill. With three non-functioning culverts at the bottom of both slopes and both homes, Mr. Passaro said runoff travels across the road and down a grassy slope into the St. Lawrence River.

The runoff across Route 12E froze last winter, coating a portion of the highway with ice, he said. The runoff also has partially eroded the land across the road abutting the river, creating small sink holes the couple said could cause people to trip and fall.

The couple has engaged with the department on several occasions, but Mr. Passaro said the department has always experienced issues with scheduling and equipment.

“We will continue to work with Mr. Passaro in an effort to reconcile what issues we can at the Branche Road intersection,” wrote DOT regional spokesman Michael R. Flick in an emailed statement.

The couple, who live part-time in Cape Vincent and Victor, have alleged the owner of the neighboring property, former county legislator Michael J. Docteur, and his family are partially at fault.

Mr. Passaro said he heard from workers that Mr. Docteur’s father, Robert, threatened them for working within the DOT’s 33-foot right of way, claiming they were infringing on his property. He also said the Docteurs refuse to mow the grass along the edge of their property, claiming they do not have to because they reside in an agricultural district, not a riverfront district like the Passaros.

Michael Docteur, who leases the land adjacent to the Passaros to farmers for hay and crop harvesting, rejected the accusations, saying no one has threatened department workers from performing necessary road maintenance.

The DOT also is responsible for mowing the grass along the roadway, not them, Mr. Docteur said. He also said the land has always served as farmland, and no laws govern harvesting for farmers. He also said he has never experienced issues involving runoff or faulty culverts.

“The New York State DOT has done an admirable job as well as the town of Cape Vincent,” he said. “The road is in very good shape. ... The culverts are maintained satisfactorily.”

Assemblyman Mark C. Walczyk, R-Watertown, visited the Passaros last week to hear their concerns. He said his office will look into the matter, including into the arguments involving what zoning district Mr. Docteur’s property lies in, and urge the DOT to address their concerns.

“We’re happy to continue to press the issue,” he said. “We’ll continue to converse with the DOT.”