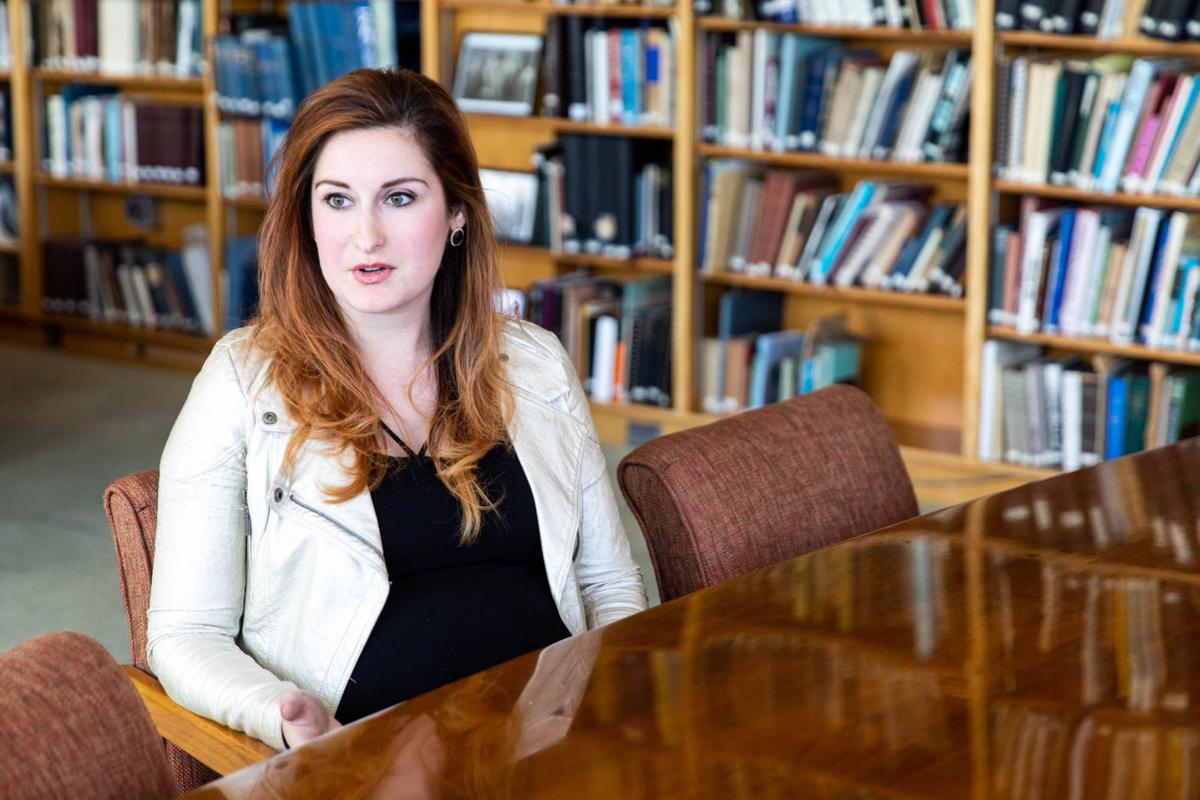 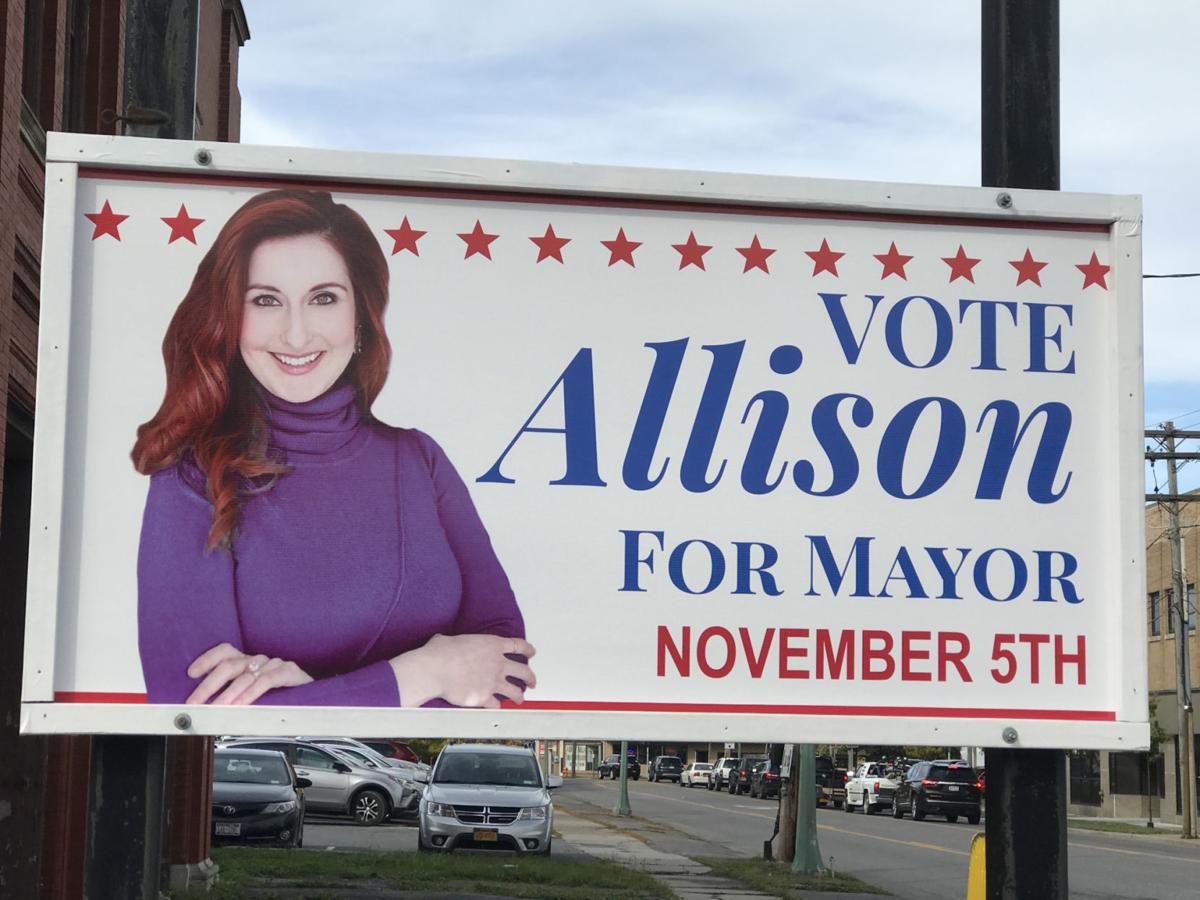 The controversy over the record of mayoral candidate Allison I. Crossman continues with accusations of bias against her campaign. Jerry Moore/Watertown Daily Times

The controversy over the record of mayoral candidate Allison I. Crossman continues with accusations of bias against her campaign. Jerry Moore/Watertown Daily Times

WATERTOWN — Accusing the local political apparatus and media of bias, mayoral candidate Allison I. Crossman says she will seek to have Nov. 5 Election Day’s voting ballots impounded, which would require a judicial order.

In a news release over the weekend, Crossman responded to criticism from her two opponents that she’s never voted in city elections before running for mayor this year.

One of her opponents, former Councilman Jeffrey M. Smith, on Friday released Mrs. Crossman’s voting records for the past six years that shows she voted in congressional and presidential elections but not for mayor or City Council.

“It is true that I have not voted in every election. Frankly, I absolutely should have,” she said in the news release. “My recollection is that I did vote in 2017.”

The controversy over her voting record was prompted by a Facebook posting she made in response to a question from a local voter.

She also told The Times on Friday that she recalled voting for council candidates Lisa A. Ruggiero and Stephen A. Jennings after becoming interested in the council race that year.

In an interview with Channel 7 on Monday, she apologized for the confusion over her voting record and wondered why her opponents were not focused on more important issues, she said.

“So from this point forward, I hope that we can really tackle the real issues in the city of Watertown,” Mrs. Crossman said.

Mrs. Crossman did not return a Times reporter’s phone call.

The Times has requested, but not yet received, voting records of Mr. Smith and the third mayoral candidate, Councilman Cody Horbacz.

In her statement, Mrs. Crossman is accusing Jefferson County Republican Elections Commissioner Jude Seymour of saying on the record that he “unabashedly” supports Mr. Smith for mayor.

Mr. Seymour tried to keep Mrs. Crossman and Mr. Horbacz off the ballot when the two candidates ended up in a second-place tie in the June 25 mayoral primary, she said. Mr. Smith finished first.

In August, a state Supreme Court judge ruled that the two candidates should continue to run in the Nov. 5 election.

Party politics is not supposed to play a role in the nonpartisan mayoral race, she said.

Mrs. Crossman also said in her statement that “the media is not an honest broker,” saying that the local political establishment opposes what she calls “a strong, independent mayor.”

“The integrity of this election is in doubt due to the corruption that undeniably exists. I am seeking impoundment of the ballots as a result,” she said.

Mrs. Crossman would have to request a state Supreme Court judge to order the impoundment of the election results.

All of the ballots, including the memory stick from each voting machine and paper, absentee and affidavit ballots, would be secured until they are counted on a later date, according to the New York State Board of Elections.

She vowed she will continue to fight for her supporters in the election.

“I am aware of how nasty politics can be, but I assure you that I will continue to prove my fortitude as I proceed with tenacity,” she said in the statement.

While he said he was not “shopping around” the story to the media, Mr. Smith acknowledged that he brought up his opponent’s voting record on former Mayor Jeffrey E. Graham’s show on Oct. 16. However, he stressed on Friday that it was the media that was going after the story and asked him about it.

He submitted a Freedom of Information request with the county Board of Elections six days later on Oct. 22, the day of the Community Broadcasters’ mayoral debate. He asked a question about it but, she did not answer it.

The fact that she “made up an elaborate story” and she’s never voted in a city election “is hypocritical” when she’s asking voters for their support is the issue, Mr. Smith said.

Both Democratic Elections Commissioner Babette M. Hall and Mr. Seymour denied they have a bias against Mrs. Crossman in her election bid in the nonpartisan election.

Mr. Seymour said on Monday that he has a right to voice his preference in the election because he’s a resident of the city.

Mr. Seymour said he would never risk his job or going to jail by doing something unethical to get Mr. Smith elected. Mrs. Crossman should take responsibility for what she said about her voting record, Mr. Seymour said.

“She wants to make us out as the bad guys and I’m not going to allow us to be the bad guys,” he said.

Democratic Commissioner Hall said she didn’t know anything about Mrs. Crossman’s voting record until last week when the issue came up.

Stacy Zimmerman Spaziani was the voter who asked Mrs. Crossman last week on Facebook about Mr. Crossman’s voting record. She insisted it was “innocent question” as a voter and that she has not decided who she’s supporting in the mayoral election, denying that she was a supporter of Mr. Smith.

She also expressed disappointment that she’s been dragged into the controversy.