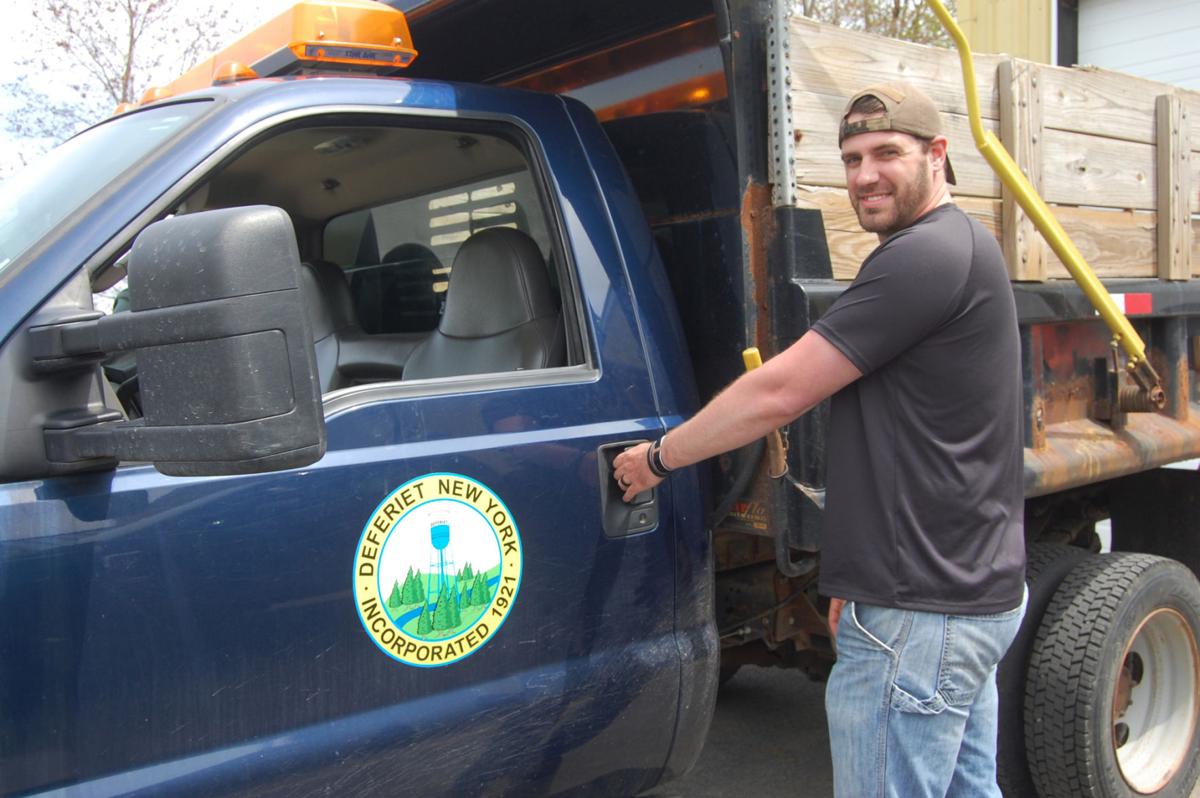 Sgt. Corey Benedict has been working with the Deferiet Department of Public Works as part of his transition out of the Army. Elaine M. Avallone/Watertown Daily Times 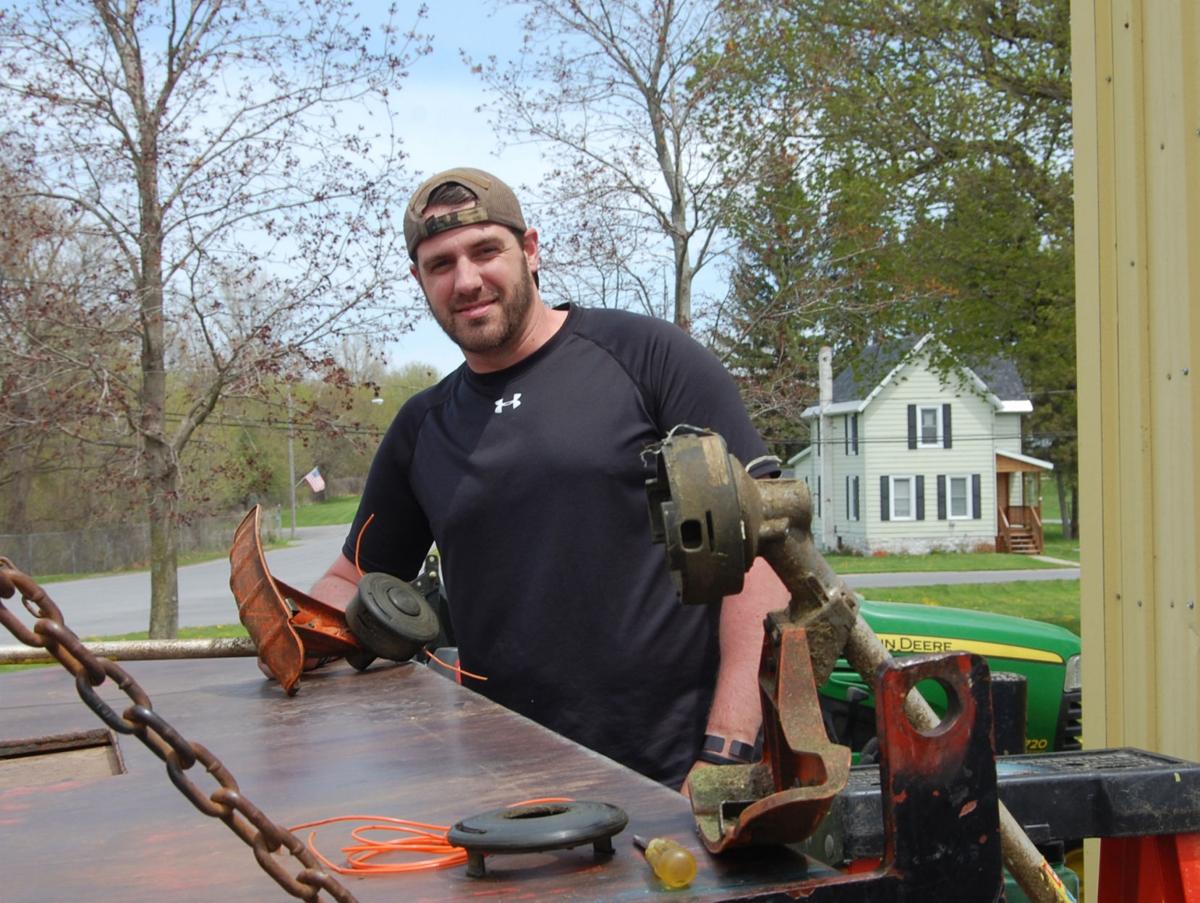 Sgt. Corey Benedict has been working with the Deferiet Department of Public Works as part of his transition out of the Army. Elaine M. Avallone/Watertown Daily Times

DEFERIET — In a win-win situation, the village received extra help, and a soldier received some civilian work experience.

Through the Career Skills Program, Fort Drum’s Sgt. Corey Benedict has been interning with the Deferiet Department of Public Works.

The military transition program matches soldiers preparing to separate from the service with employers in their fields of interest.

Established by Department of Defense Instruction in 2014, the program is for service members in the last 180 days of their military career. The internship focuses on providing education, training, experience and networking. In some cases the internship leads to employment.

Since the internship occurs while the service member is still active duty there are no costs to the employer.

“There is no liability to the company for workmen’s compensation because the soldier’s place of duty is the internship and therefore any injury would be considered in line of duty,” states a document on the program.

According to the village mayor, Deferiet was the first municipality to take advantage of this program, which was presented during a River Area Council of Governments meeting last year.

“We are so fortunate in this area to have a great relationship with Fort Drum,” village mayor Janet Zando said. “Corey is a hard worker with tremendous work ethic. By participating in this program, the village of Deferiet does not have to hire summer help. And, honestly, it will be hard when he leaves the service in August and goes back home.”

Sgt. Benedict, a Maryland native, joined the Army in 2015. When he completes his service in November, he and his family plan to relocate to Delaware.

He said he chose the DPW internship because it was work he knew, and he feels the experience would be useful in seeking a civilian career.

“I knew many of the tasks performed would be things I grew up doing so it would come naturally to me,” he said. “My experience so far has been very positive. I started with them prior to the virus shutting everything down and was able to start learning about water and waste treatment. Now that the weather has warmed up we’ve spent a good bit of time cleaning up the village and making repairs from damage caused by the winter weather and plowing.”

Pausing work to have his picture taken, the soldier joked it was fine to be shown working alone since “I’m the one who does all the work around here.”

His boss, DPW superintendent Keith Heames, noted how well the intern fit in with the three-man crew.

“It has been great having Corey here to work,” Mr. Heames said. “He has gone above and beyond our expectations as a helper for the DPW and has caught on very quick to our daily routine. I am also proud that we are the first municipality to participate in this program and encourage others to look into it.”

The superintendent noted that the soldier required less instruction and oversight than the college interns have in the past.

Sgt. Benedict worked side-by-side with the DPW crew doing the routine maintenance and cleanup in the village as well as trash collection.

“The best parts of the job is the physical labor, outdoor work and being able to make a difference daily throughout the village as well as the individuals I work closely with,” Sgt. Benedict said. “Keith and Troy (Babcock) have been very attentive in helping me get acclimated to their day-to-day life as the village DPW and Janet (Zando) has been very warm and welcoming.”

Returning to civilian life, Sgt. Benedict said he might seek a job with a municipal DPW.

“It’s blue collar work that suits my personality and interests,” he said. “The best part is that every town, city and municipality around the country has a DPW so there’s a need for that type of labor everywhere.”

During his internship, Sgt. Benedict learned some about operating the water and sewer treatment plants.

“Understanding that alone can land you a good-paying career,” he said. “The internship has given me the opportunity to learn new skills that I didn’t have originally, and has given me a better understanding of what types of tasks I could encounter on the job no matter where I go.”

The Tug Hill Commission also had an intern last year through the Fort Drum program.

To learn more about the Career Skills Program visit http://wdt.me/career_skills_program.