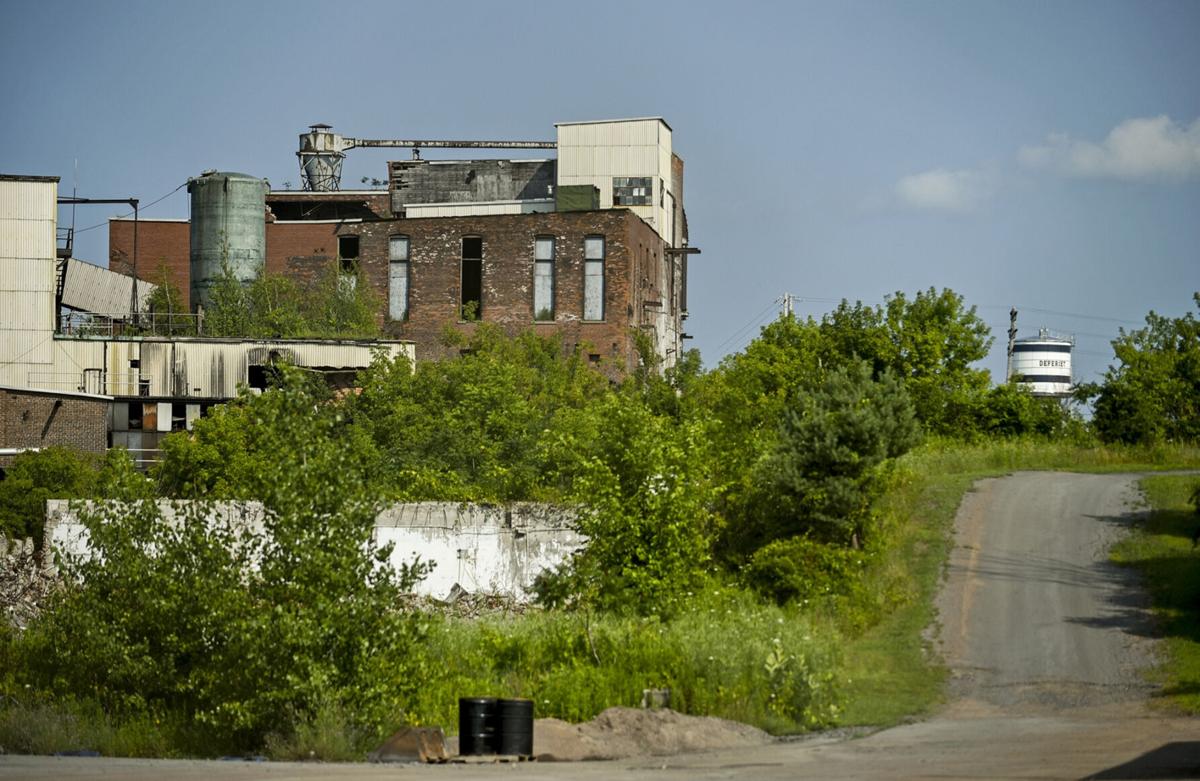 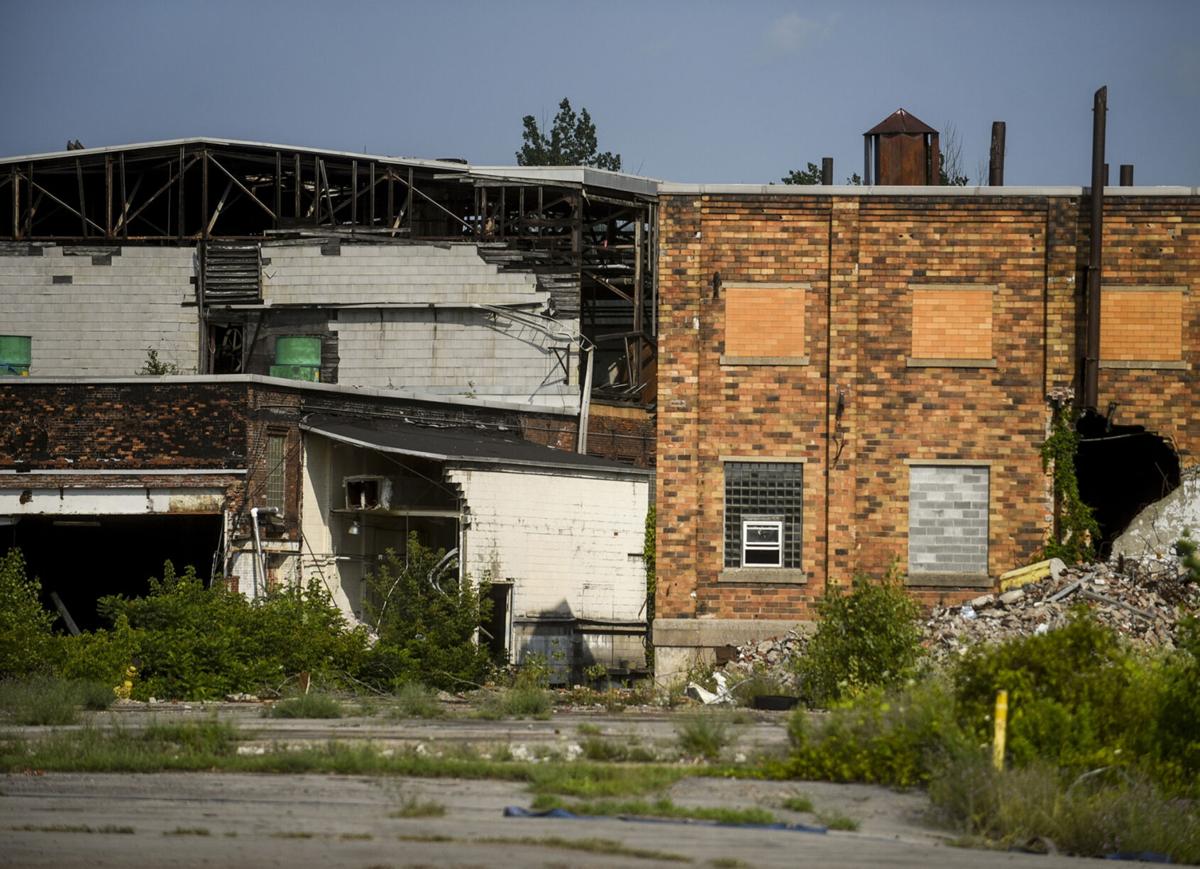 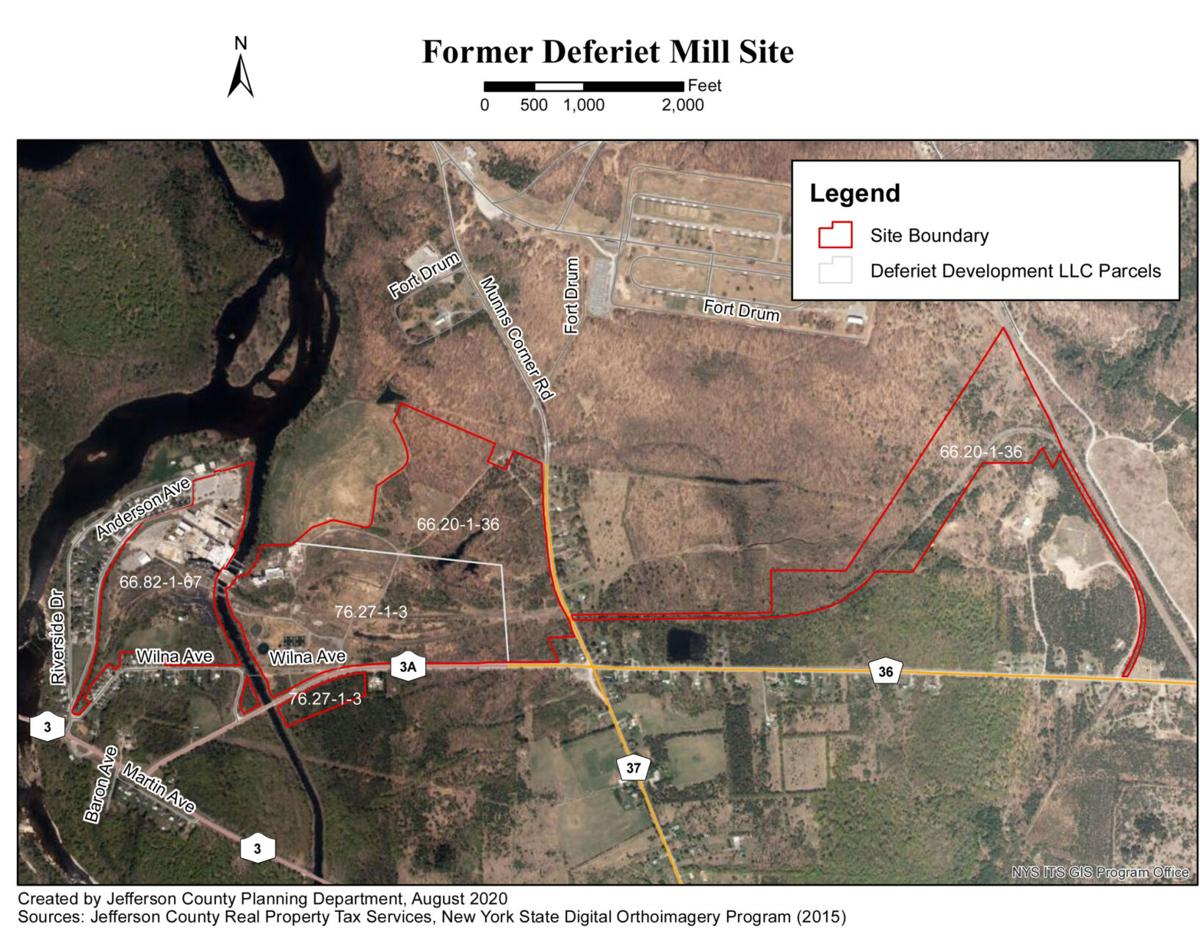 DEFERIET — Once a thriving industry, employing hundreds, the former paper mill in the village has fallen into disrepair and has become an eyesore.

However, Jefferson County Economic Development sees potential in the property and has nominated the site to possibly be used for a large-scale renewable energy project.

According to a press release, NYSERDA will prioritize sites that are located on dormant electric generating sites, former industrial sites, existing or abandoned commercial sites, brownfields and landfills, are 65 acres or larger and have flat or gently sloped terrain. Environmental site conditions, the ability to interconnect to the electrical grid, and whether the site is physically suited to host a large-scale renewable energy project will also be taken into consideration.

The former mill site is 239 acres and regulatively flat.

Mr. Zembiec pointed out that an added bonus is that Brookfield Renewable Power LLC owns a hydroelectric power plant on the former paper mill property and National Grid has a transmission line in place.

The paper manufacturing plant, which was owned by St. Regis, Champion, Newstech and finally Deferiet Paper, closed in 2004. The 400 Anderson Ave. property was sold at auction to Deferiet Development LLC in 2006, and according to Jefferson County records, taxes have not been paid since the property was purchased.

The United States Environmental Protection Agency initiated an emergency response action in 2016 at the request of Brookfield employees concerned about potential exposure to friable asbestos as they passed by the decaying mill en route to the power plant. Due to safety concerns around the deteriorating buildings, the EPA only sealed the exposed asbestos with polymer.

“I would be more than thrilled if something were to come from this,” she said. “Not only because it is an eyesore but that piece of land could be viable again. All those who worked there, pouring out sweat and tears, would be very proud to see something come of the mill property instead of letting it decay.”

She noted there has not been much interest in the property since the mill shut down. Years ago, the Army considered it for training purposes but it was found to be too dangerous due to the deterioration.

The statewide search for viable sites will continue until July 2021. Once suitable sites and renewable energy projects are identified, legislation is in place to fast-track construction to enable the state to meet its Climate Leadership and Community Protection Act mandates by 2030.