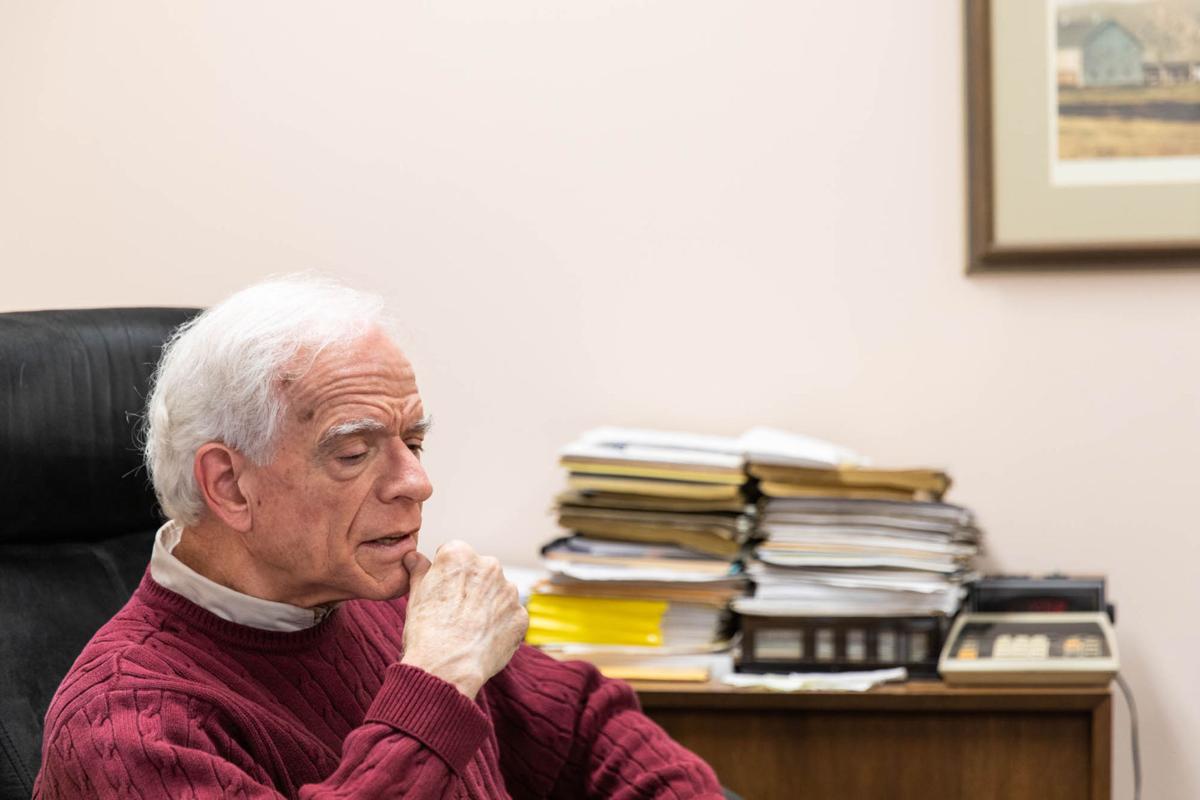 Tony Keating reflects on his 24-year career as Civilian Aide to the Secretary of the Army for New York during an interview Friday. Sydney Schaefer/Watertown Daily Times 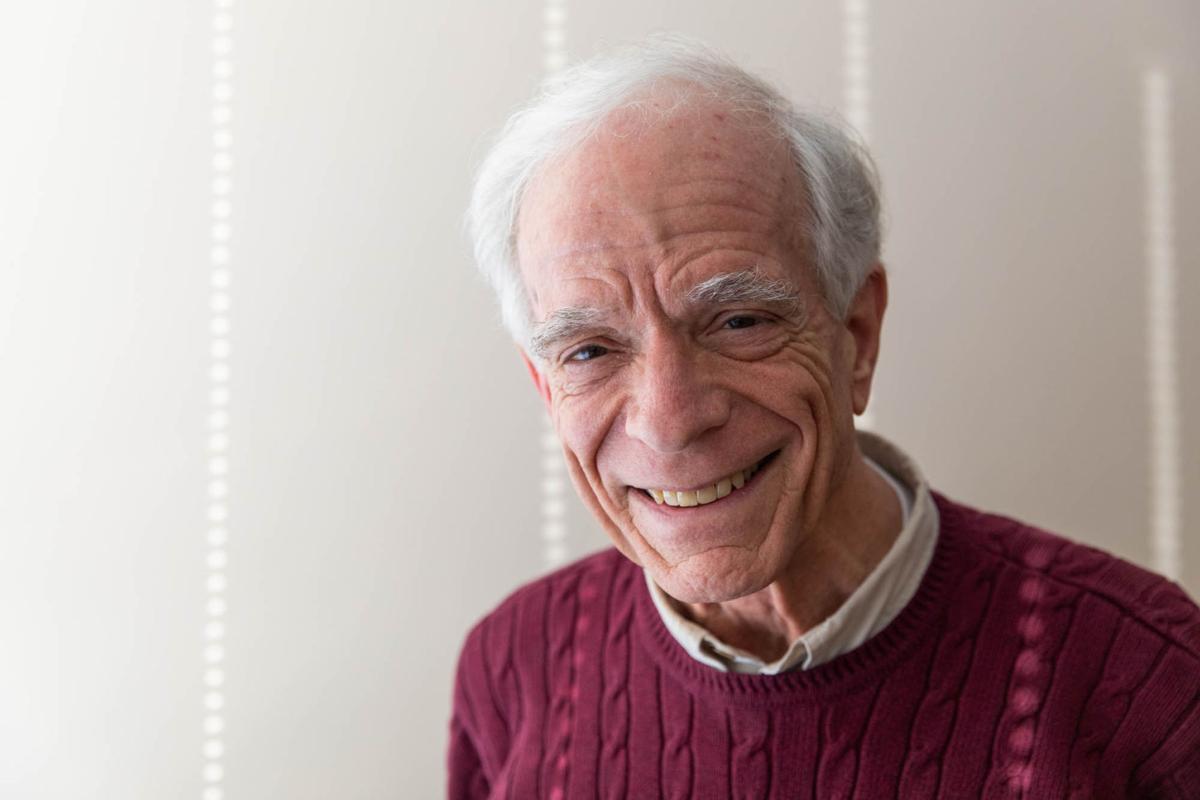 Tony Keating reflects on his 24-year career as Civilian Aide to the Secretary of the Army for New York in the north country. Sydney Schaefer/Watertown Daily Times 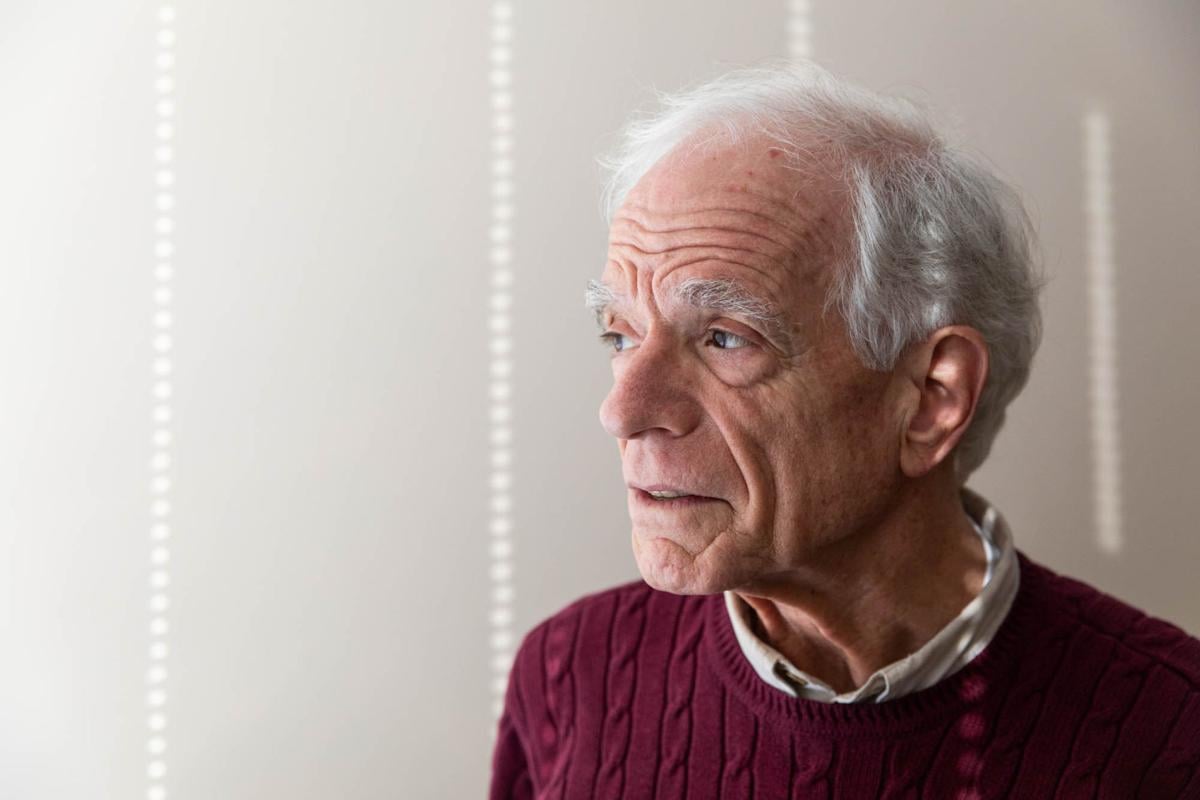 Tony Keating reflects on his 24-year career as Civilian Aide to the Secretary of the Army for New York in the north country. Joseph M. Butler Jr., former mayor of Watertown, replaced Mr. Keating in this role. He was sworn in as the new Civilian Aide earlier this month. Sydney Schaefer/Watertown Daily Times 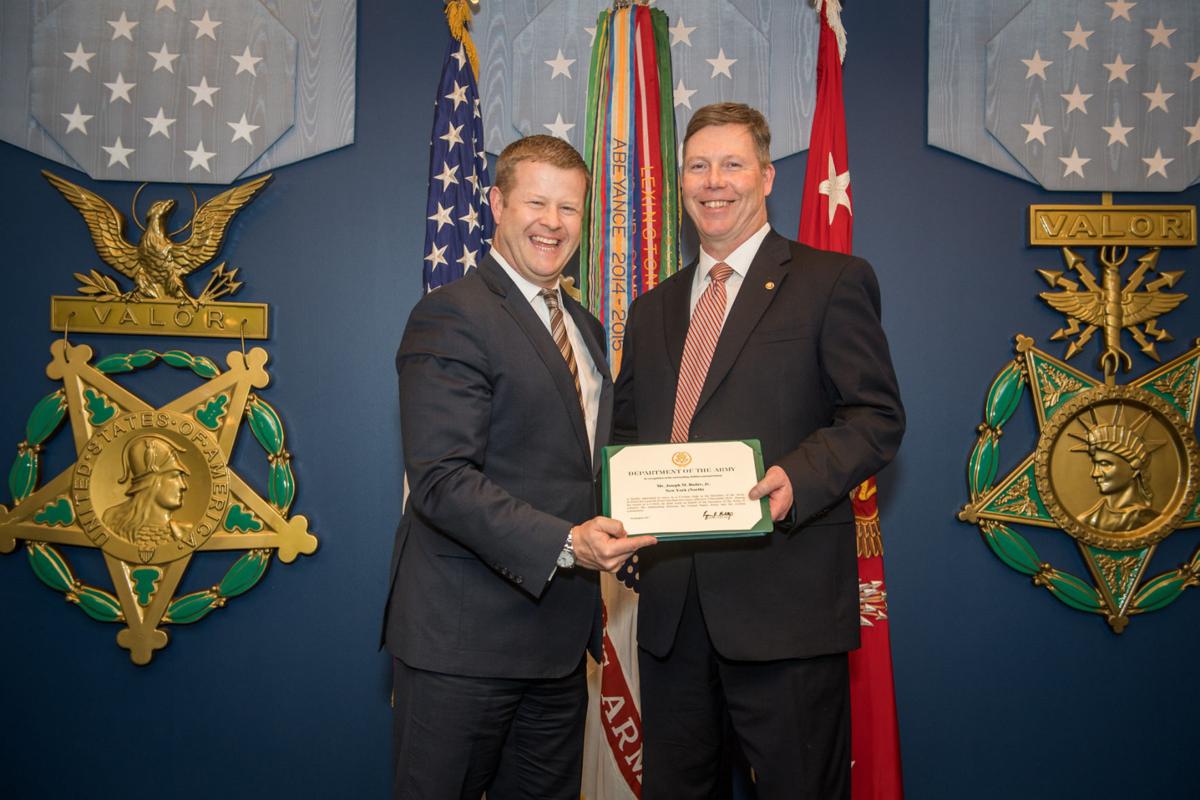 Tony Keating reflects on his 24-year career as Civilian Aide to the Secretary of the Army for New York during an interview Friday. Sydney Schaefer/Watertown Daily Times

Tony Keating reflects on his 24-year career as Civilian Aide to the Secretary of the Army for New York in the north country. Sydney Schaefer/Watertown Daily Times

Tony Keating reflects on his 24-year career as Civilian Aide to the Secretary of the Army for New York in the north country. Joseph M. Butler Jr., former mayor of Watertown, replaced Mr. Keating in this role. He was sworn in as the new Civilian Aide earlier this month. Sydney Schaefer/Watertown Daily Times

FORT DRUM — Twenty years after he left the Army, F. Anthony Keating got the call to serve once again.

In 1995, Maj. Gen. David C. Meade, commander of the 10th Mountain Division, nominated the Vietnam veteran to serve as Civilian Aide to the Secretary of the Army of New York, North.

Mr. Keating, who recently retired as the civilian aide after 24 years, was appointed to the volunteer position by Secretary of the Army Togo D. West at a difficult time in Fort Drum’s history.

The military installation was facing closure during a round of Base Realignment and Closure, or BRAC.

It didn’t look good. Local folks heard that Fort Drum was going to be on the list to close.

“I was scared as hell,” Mr. Keating said. “I had no idea of what to do. I didn’t want to be the guy responsible for its closure.”

And Mr. Keating ended up witnessing Fort Drum’s massive growth ever since.

Over the next 24 years, Mr. Keating, 77, was appointed for 12 terms by a series of other Army secretaries, some he got to know well.

During his long career at Fort Drum, the Watertown native served with about a dozen generals, with almost all of them moving up the ranks to later serve in higher positions as generals.

At the time of the BRAC process in 2005. Watertown native John McHugh, a former staff aide for Sen. H. Douglas Barclay, served as the congressman for the north country. He later became Secretary of the Army under President Barack Obama.

“I knew him very well and got to know him when he was an aide with Sen. Barclay,” Mr. Keating recalled.

Mr. Keating was impressed with Gen. Mark A. Milley, now chairman of the Joint Chiefs of Staff, when the general was the 10th Mountain Commander at Fort Drum before his appointment as the Army secretary.

While he got to know the big brass in the Army, representing the Secretary of the Army was his primary responsibility as the civilian aide, or CASA.

CASAs are a vital part of the Army, promoting good relations between the Army and the public and advising the secretary about regional issues.

“I did exactly what I was needed to do to represent the Secretary of the Army,” he said, stressing that he just kind of reacted almost automatically to each situation as the secretary would have done.

“You just know what is needed of you,” he said.

As the civilian aide, he was not only responsible for Fort Drum, but the National Guard, the Reserves and recruitment for almost all of New York state.

Over those 24 years and eight months, Mr. Keating attended hundreds — if not more — remembrances, graduations for non-commission officers and other types of ceremonies held at Fort Drum and throughout the state.

Stressing it was his “most important and difficult responsibility” as the civilian aide, he represented the Army secretary at many ceremonies held for fallen soldiers, as many as four or five a year at the height of the Iraqi and Afghan wars. In recent years, fortunately, those solemn occasions have been much less frequent.

“I don’t know how many of them there were. It was far too many times,” he said.

He was there to express condolences to the families and honor the ultimate sacrifice that each soldier made to his country, just as the Army secretary would have done if he was able to attend the ceremony.

There were a handful of times that he was called on to help a soldier or a family when a unique situation arose.

He remembered several years ago a wife of a soldier asked for his assistance in keeping her husband from being reassigned to another military installation in another state.

She wanted to stay in Jefferson County for their children to remain in the school district in which they were attending. The woman made the request to Fort Drum officials, but they were not too understanding of the situation.

While he knew it was going to be difficult to change their minds, he did what he could do.

He couldn’t recall the outcome of the situation, but he remembered how grateful the woman was that he tried to help — when no one else seemed to have done so, Mr. Keating said.

“It was because of those special people like her that made it so worthwhile,” he said.

In another instance, he helped a soldier who didn’t want to retire but had a minor domestic incident in his past that was preventing him to remain in the Army.

Mr. Keating said the issue was so slight that he had no qualms helping the soldier. He asked a local prosecutor, who also was in disbelief that the Army was making it an issue, to write a letter to the Fort Drum command explaining the situation.

The soldier was able to stay in the Army and didn’t have to retire, he recalled.

“Those kinds of things only happened three or four times,” Mr. Keating said.

His love for Fort Drum began years before he became the CASA. Previously, he worked as the leader of Fort Drum Regional Liaison Organization, so he saw Fort Drum grow from a summer training installation with a small contingent of permanent personnel to the massive military complex that it is today.

Mr. Keating spent nine years in the Army, joining when he was 23 and coming from the ROTC program at Notre Dame in 1966. He served in Vietnam for a year, part of that time at the Port of Saigon and in Cat Lai working in an armory.

After he got out of the Army with a rank of captain, he came home and bought his grandfather’s insurance business, H.D. Goodale Co., because he knew that he wanted to be in business for himself.

His tiny office in a Clinton Street office building contains a few Fort Drum mementos. A painting of a scene of soldiers serving in Afghanistan is proudly displayed on one wall.

Former Mayor Joseph M. Butler Jr. was named to succeed him as the new CASA. Secretary of the Army Ryan D. McCarthy appointed Mr. Butler to the position during an investiture ceremony on Tuesday at the Pentagon.

“You are the first handshake into the city and the last handshake...,” Secretary McCarthy told Mr. Butler. “The Army is open for business and we’re looking for the best of the best. I am counting on our CASAs to lead the way.”

“You can never replace Tony Keating,” he said. “He’s the quintessential civilian aide in every way.”

And Mr. Keating is pleased that Secretary McCarthy decided to appoint the former mayor to the position.

As for advice to the new CASA?

He’s positive that Mr. Butler doesn’t need any, Mr. Keating said. He’ll find his way. Just like he did 24 years ago.