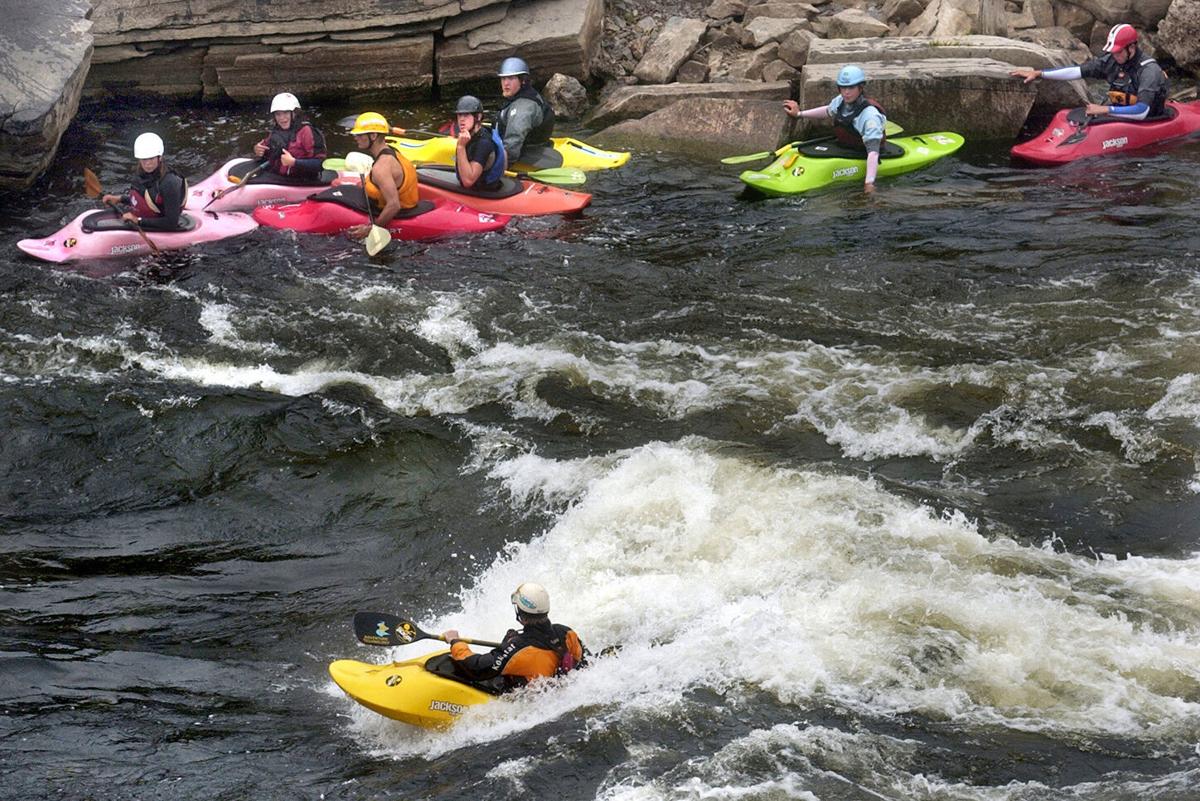 Kayakers wait their turn to practice on the Route 3 Wave of the Black River in Watertown in 2007. Watertown Daily Times 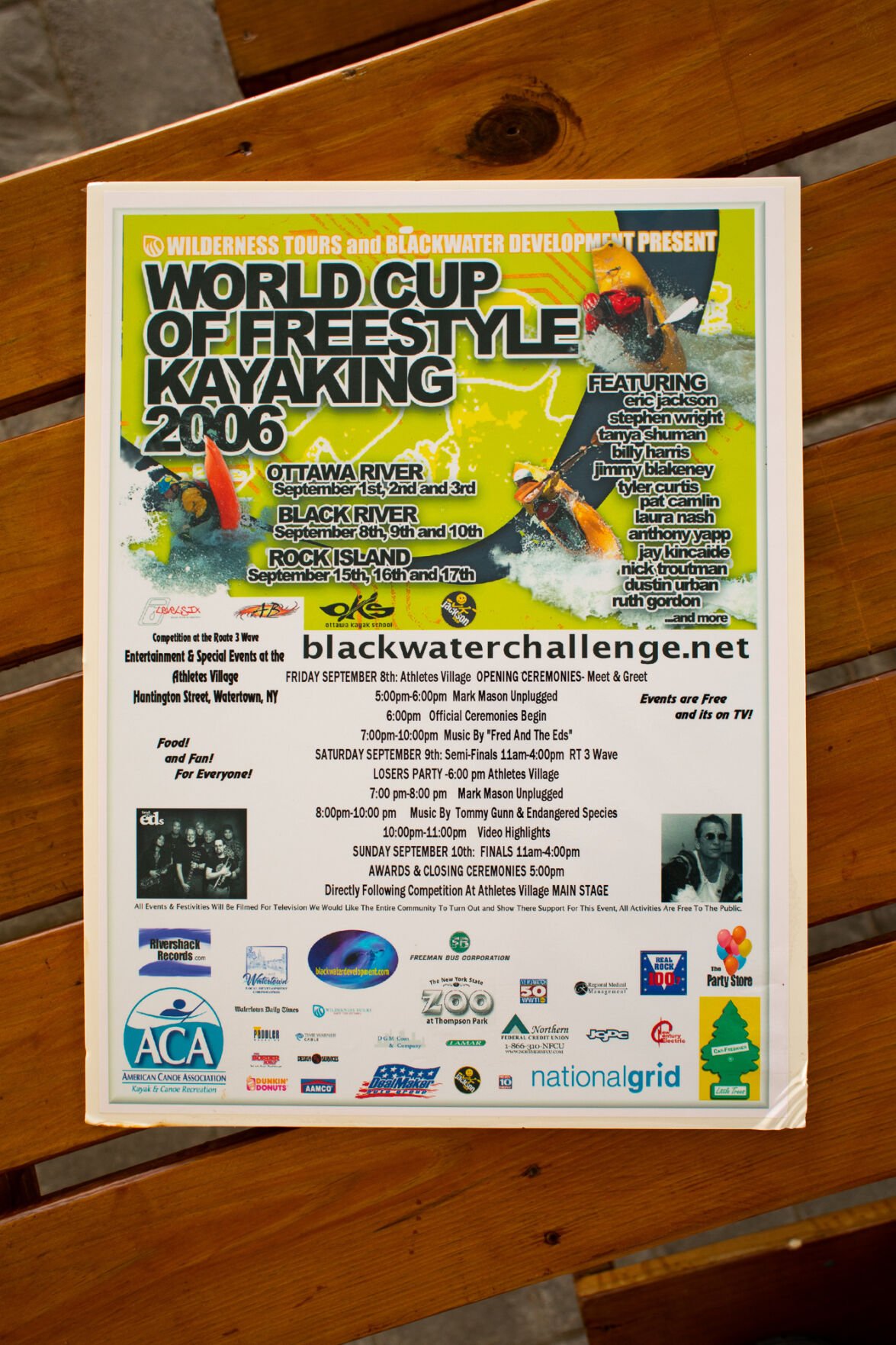 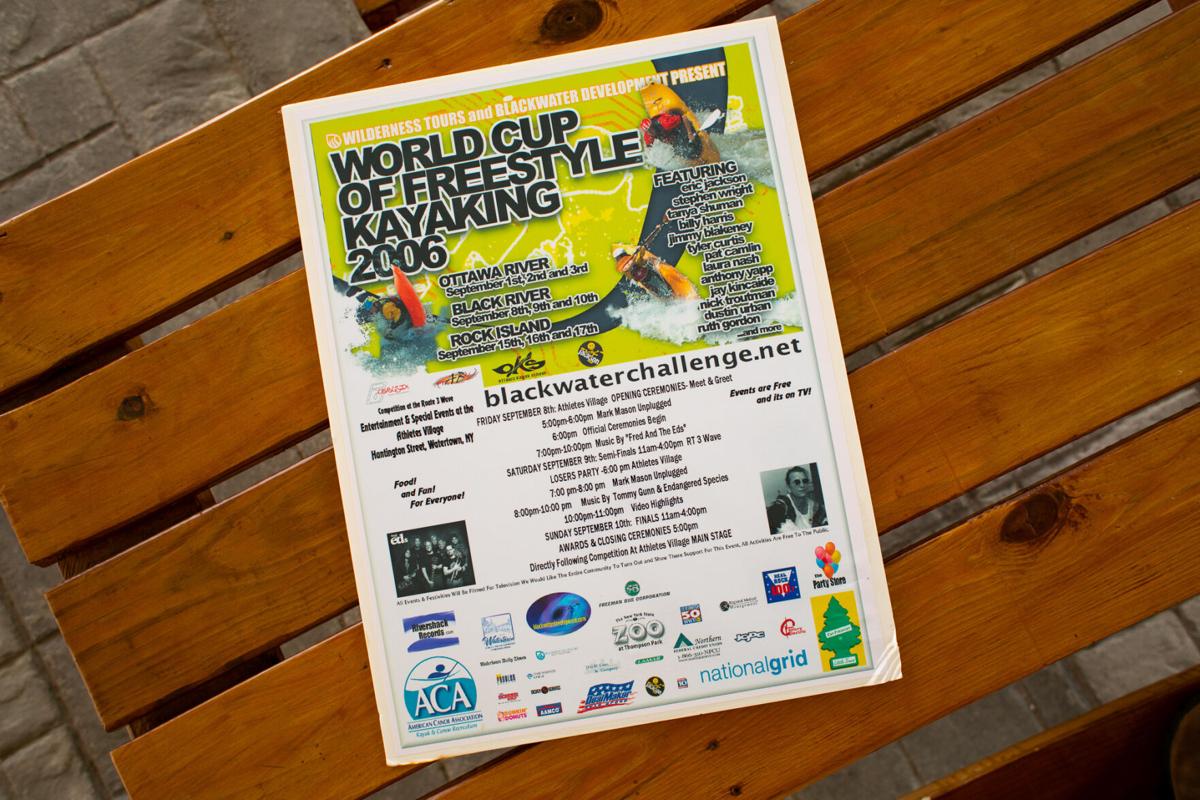 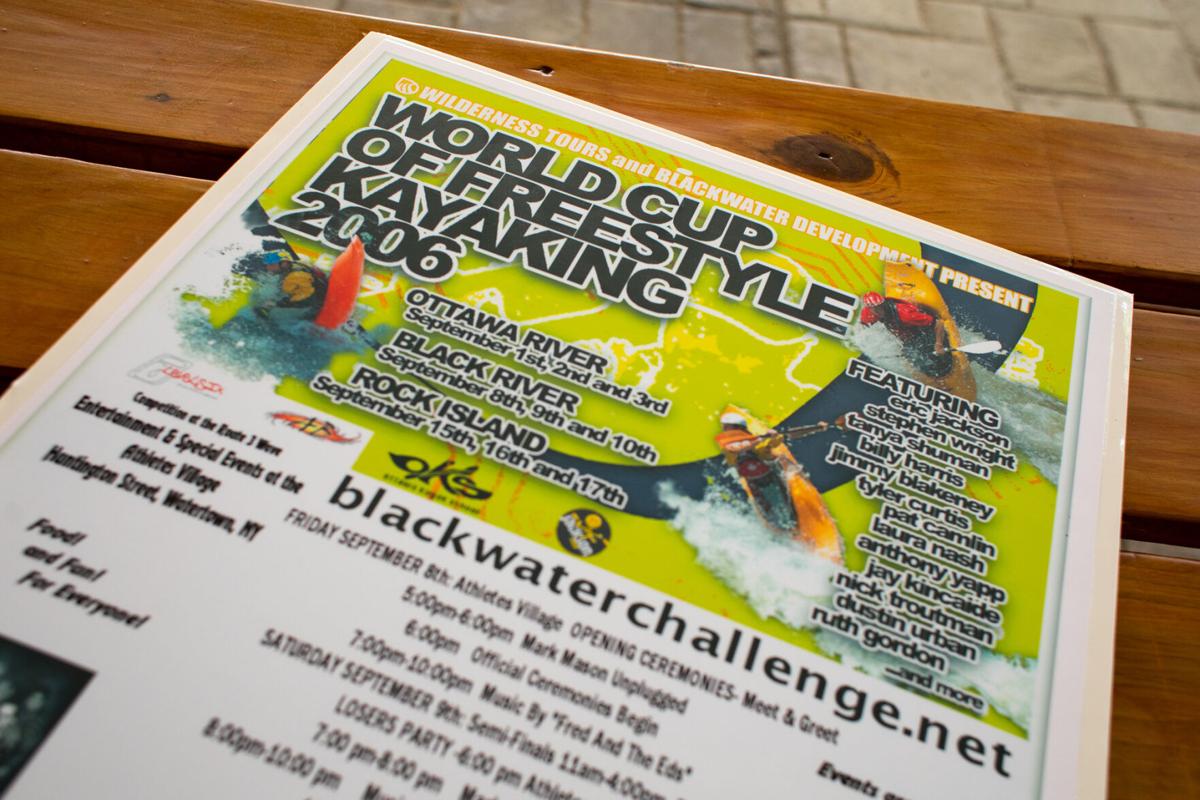 Kayakers wait their turn to practice on the Route 3 Wave of the Black River in Watertown in 2007. Watertown Daily Times

WATERTOWN — A poster in the city Planning Department office has spurred new efforts to revive a section of the Black River that was once popular with kayakers 15 years ago.

Several weeks ago, Mayor Jeffrey M. Smith noticed the poster from an international competition and asked Michael A. Lumbis, the city planning and community development director, about how the city could revive the river’s fast-moving waters known as the Route 3 Wave.

That conversation led to the City Council appropriating $75,000 in the 2021-22 city budget and plans to restore the popular kayaking spot to the days when dozens of kayakers would navigate the Black River every weekend to ride a wave that had year-round staying power.

“He looked at the poster and we just started talking about what it would take to bring it back,” Mr. Lumbis said.

During their conversation, the mayor recalled how Watertown and the Route 3 Wave played host to the World Cup of Kayaking, attracting spectators who filled the river banks in 2006.

But then Mother Nature pushed a large rock literally into its way, blocking the natural wave, and interest in kayaking on the Black River faded.

But now the mayor brought up the subject prior to this spring’s budget deliberations.

The mayor hopes the city can do something about fixing the problem with the rocks that resulted in the world-class kayaking spot to disappear. In 2008, spring flooding pushed a boulder into the Route 3 Wave section, altering the hydraulics that attracted kayakers to it.

When the river is low this summer, the city will have someone complete a survey of the river’s bottom to see what could be done to revive the Route 3 Wave, with the hopes of removing the rock debris next summer.

Three years ago, John D. McLean, a former professional kayaker who grew up on the river, approached the city to talk about restoring interest in kayaking on the river. The city was interested in doing something but nothing ever materialized.

On many weekends during the summer, a small group of kayakers can still be found surfing along Hole Bros., a set of rapids near Newell Street.

During the first wave of kayaking interest 20 years ago, the city had high hopes of luring tourists to the river.

In 2006, the Black River hosted a North American freestyle kayaking World Cup event that attracted competitors from more than 25 countries.

That year, high water levels forced the competition from the Route 3 Wave to Hole Bros., where it was held for two more years before the city’s kayak craze dried up.

That poster that sits on the floor in Mr. Lumbis’ office is the only clue that Watertown played a big role in an international kayaking competition.

Mayor Smith now hopes the city can turn the Route 3 Wave into a spot where world-class kayakers can compete once again.