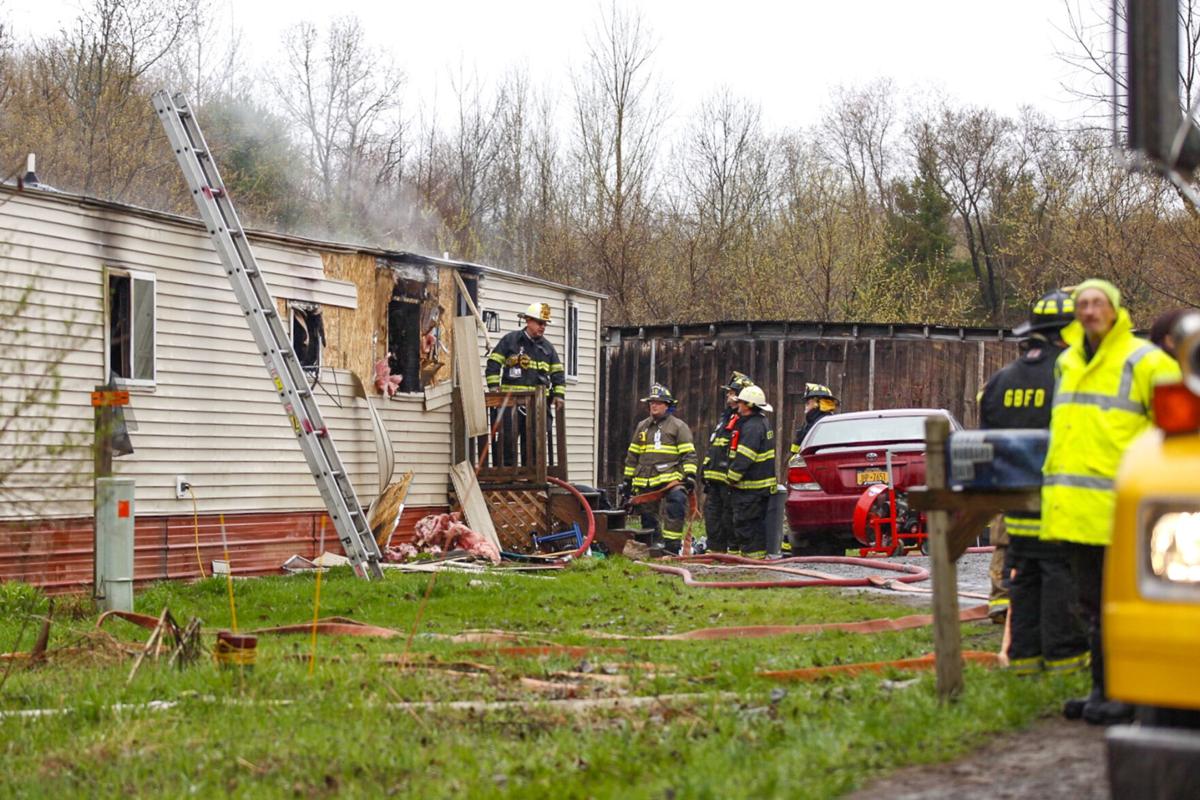 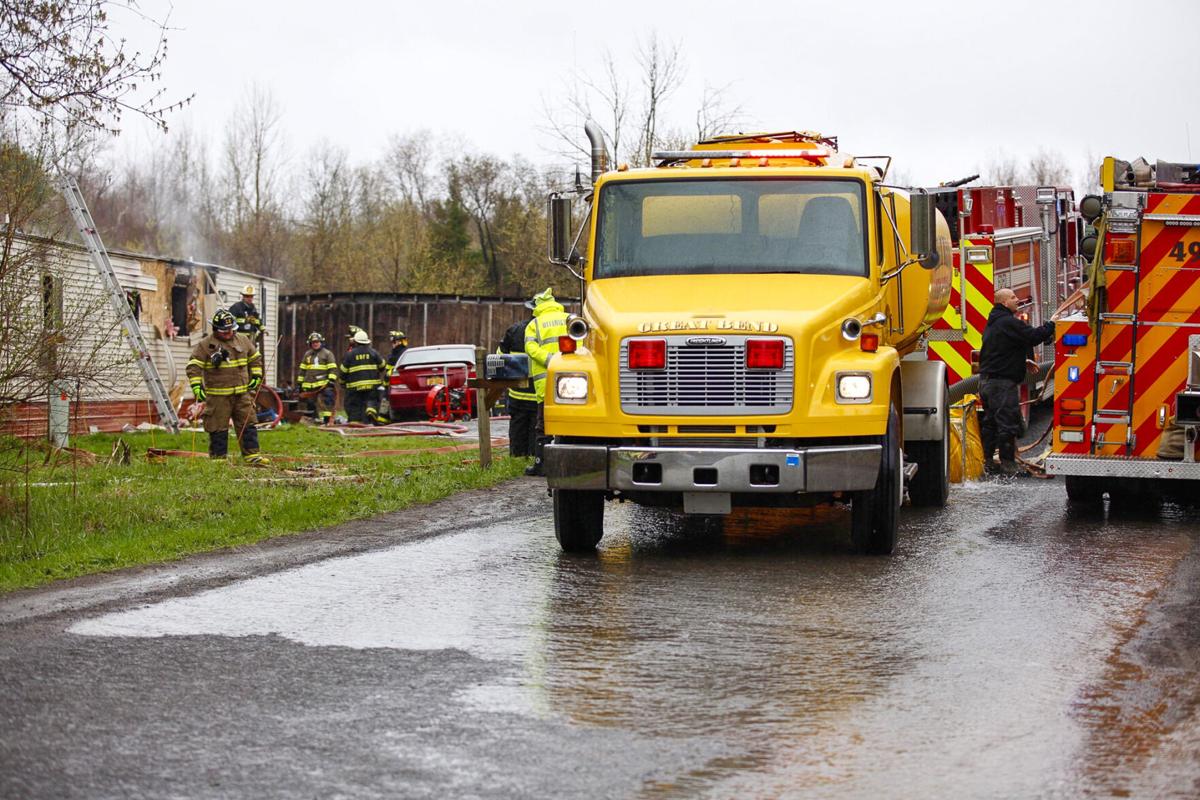 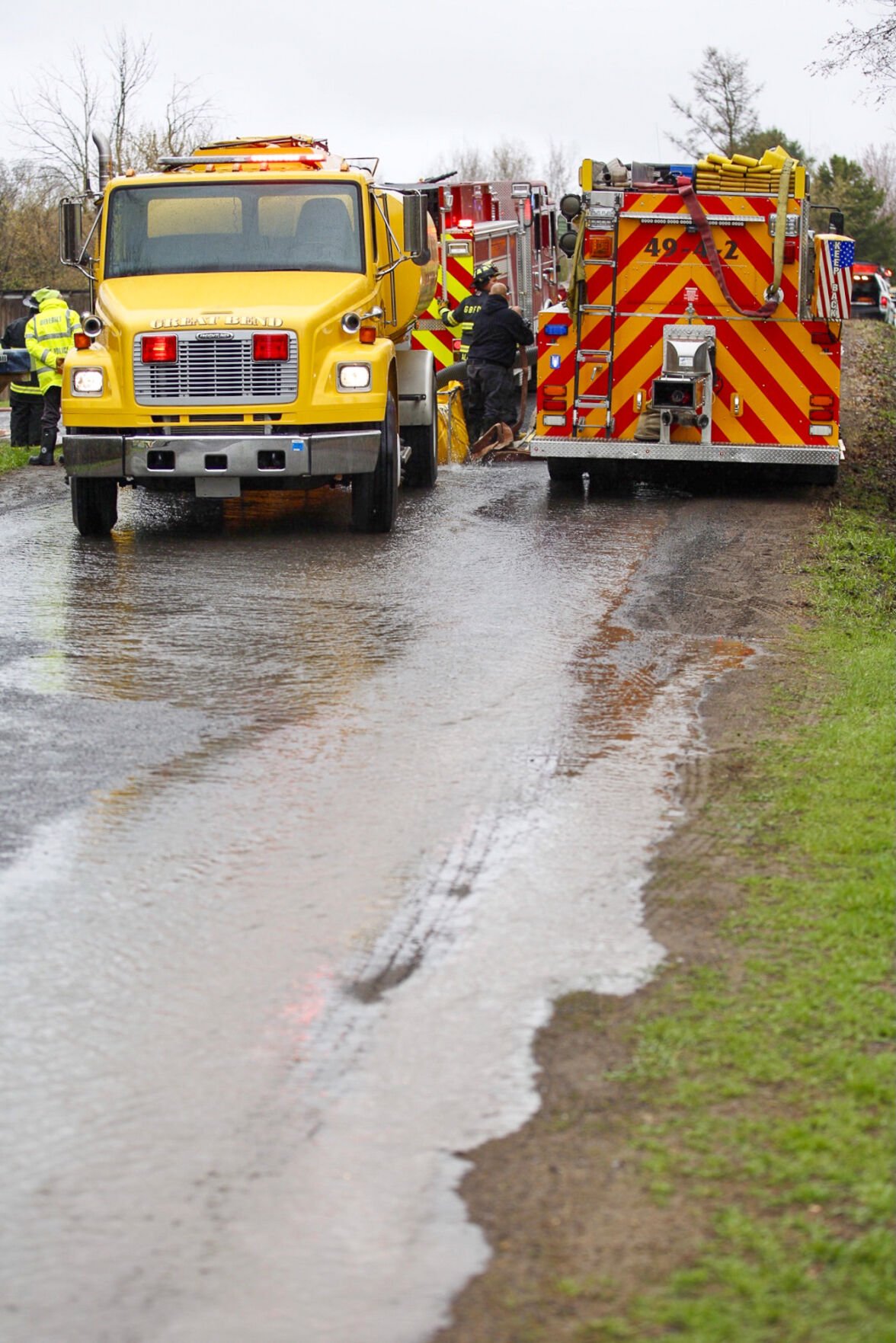 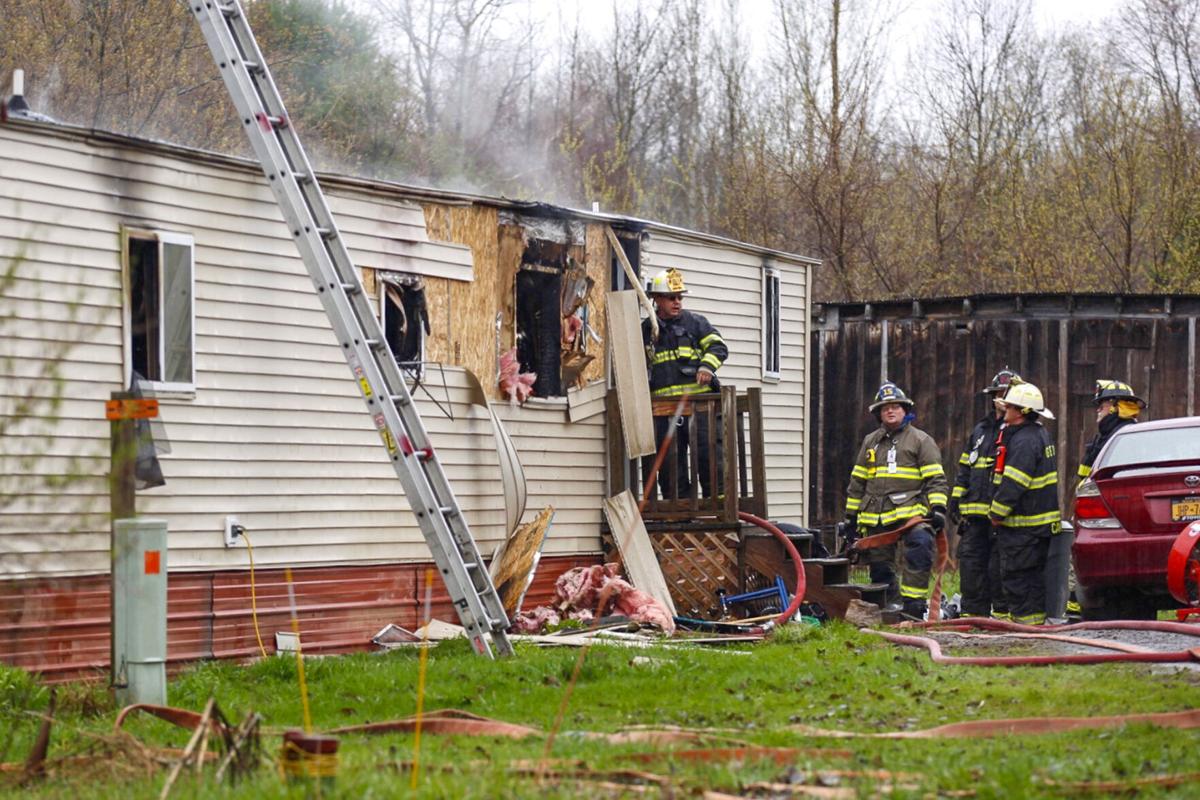 GREAT BEND — One person inside a trailer that was engulfed in flames Friday morning escaped through his bedroom window, and first responders later saved two dogs.

Great Bend Fire Chief Mark Pomerville said there were flames coming from the front and back windows by the time they arrived on scene. Crews were able to make a rather quick hit on the flames, saving much of the exterior.

He said two people live there but only one person was inside at the time of the blaze. The man inside escaped from his bedroom window. He was evaluated in an ambulance shortly after. It was unclear if he was taken to a hospital.

Firefighters were able to pull two dogs from the trailer, and both are alive, Mr. Pomerville said. Two cats are missing, and he said it appears there was also a snake inside.

The fire’s origin and cause is still undetermined as three investigators were on scene looking into it at about 9 a.m.