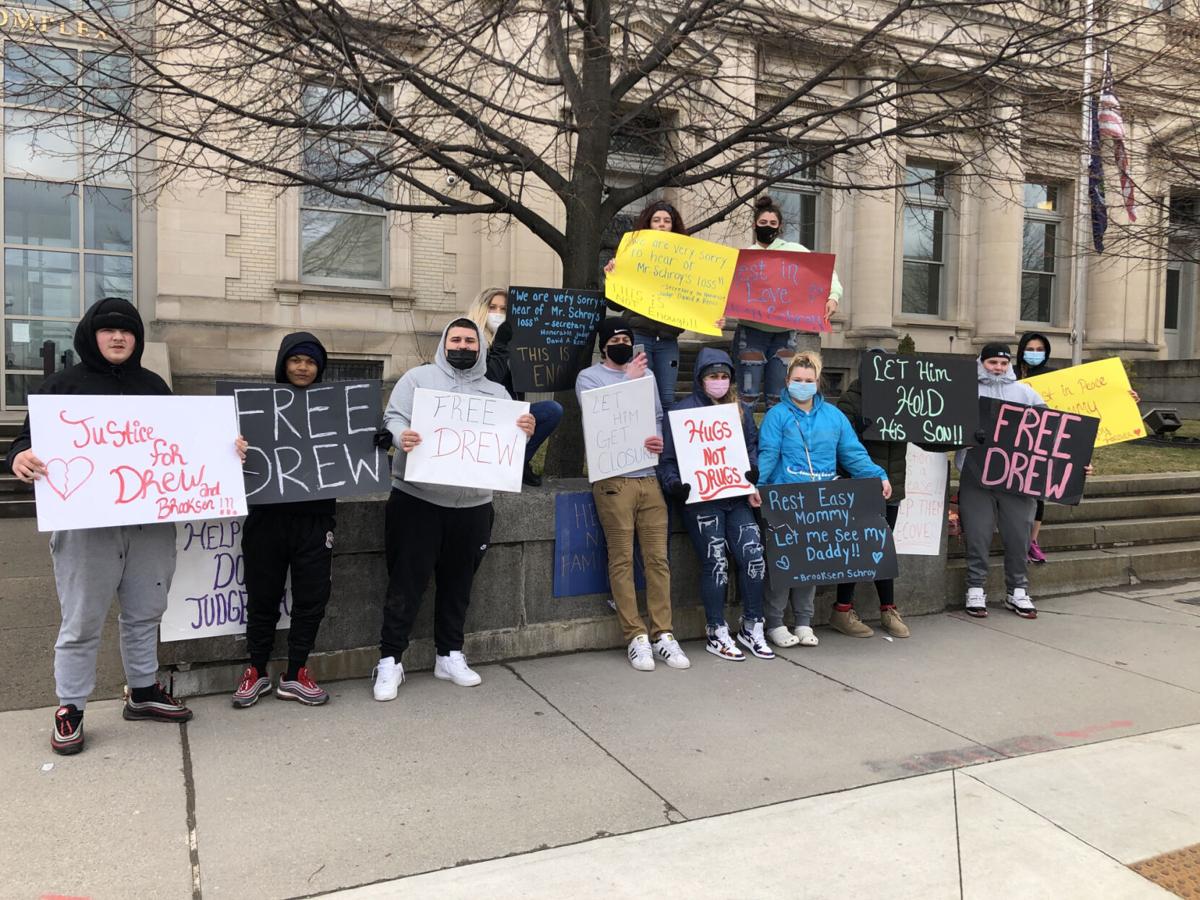 A group protests outside the Jefferson County Court Complex on Arsenal Street in Watertown on Thursday. Ben Muir/Watertown Daily Times 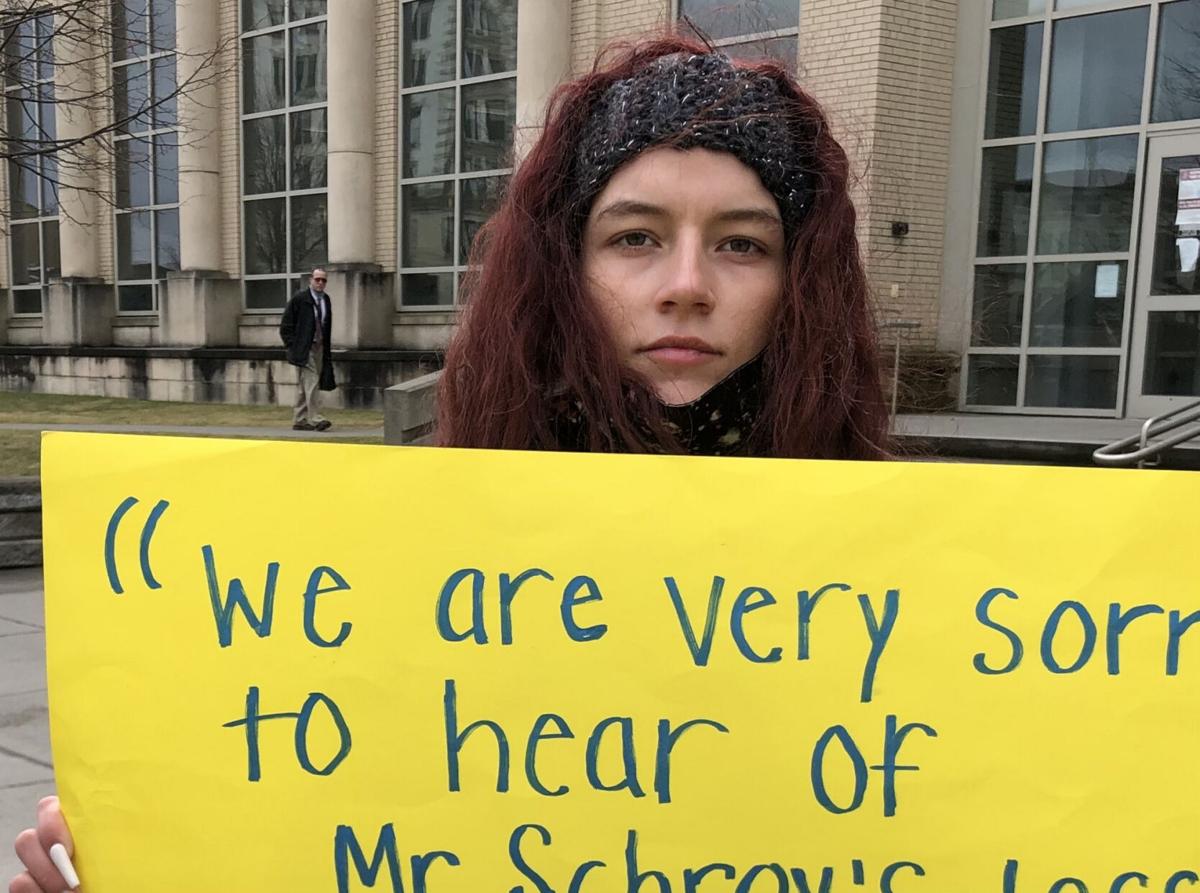 A group protests outside the Jefferson County Court Complex on Arsenal Street in Watertown on Thursday. Ben Muir/Watertown Daily Times

WATERTOWN — The woman who was among the first to get married virtually in the region last year died Monday while her husband was in jail, sparking his friends and family to rally outside the Jefferson County Court Complex in hopes he can hug his son at the funeral.

Roughly a dozen of Drew Schroy’s friends and family members were holding signs outside of the courthouse along Arsenal Street near Public Square on Thursday afternoon. Mr. Schroy was arrested in November 2020 after Operation Heat Wave, which indicted dozens of alleged drug dealers in Jefferson County and was led by the Metro-Jeff Drug Task Force, Jefferson County Sheriff’s Office, city police and state police.

Mr. Schroy had gotten married to Kelsey Schroy a few months before his arrest. They were among the first to do it virtually through City Hall, and then they welcomed a baby boy in May.

“The world is in chaos,” Mrs. Schroy was quoted as saying after her wedding last year. “But we’ve got a lot of nice things going for us.”

She was right, according to her husband’s friends and family. They sat outside the courthouse and said Mr. Schroy was trying his best to turn his life around when he was indicted.

“That’s my brother,” said Isacc Gebo, who grew up in Watertown and is a close friend of Mr. Schroy. “We’re trying to get him home so we can grieve with his family.”

She died Monday, March 29, from a reported blood infection. She was 29, the same age as Mr. Schroy’s mother when she died. She’s set to be laid to rest Monday, April 5.

It appears Mr. Schroy is currently being held in jail in Watertown. Kadi Schroy, his sister, said he will be able to go to the calling hours for his wife. He’ll be supervised by corrections officers, but they’re worried he might be transported early, visit her body alone and won’t be able to see his son, family and watch her be buried at the funeral.

“He lost his mother at a young age,” said Kim Pound, a family friend who was at the protest. “He’s reliving that all over again. I feel like he could be able to use some closure to be able to move on.”

Undersheriff Brian McDermott said funeral visits from inmates are fluid and depend on several factors, making it a case-by-case approach. He couldn’t comment on Mr. Schroy’s case, saying he didn’t want to put the inmate, officers or the public at risk. He did say that while much of the decision process is left to facilities, the Metro-Jefferson Public Safety Building follows state Commission of Corrections Minimum Standards.

The policy states that inmates may be allowed to go to the wake, funeral, interment or all three. It also states that the inmate may be able to meet with family members for a minimum of 30 minutes as long as it doesn’t threaten the safety or welfare of the inmate, facility staff or any member of the public. But still, all cases are fluid and there could be risk factors associated with the decision. All of this has to be approved by officials at the jail. It’s possible Mr. Schroy will be allowed to attend most of the services anyway, but it remains unclear and only his family has given their side, not law enforcement.

“I am devastated,” Kadi Schroy said. “This might traumatize him and make it ten times worse for him.”

What a load of bull, this is one of the things you suffer when you commit crimes, you don't get to live a normal life. Suck it up and quit whining.