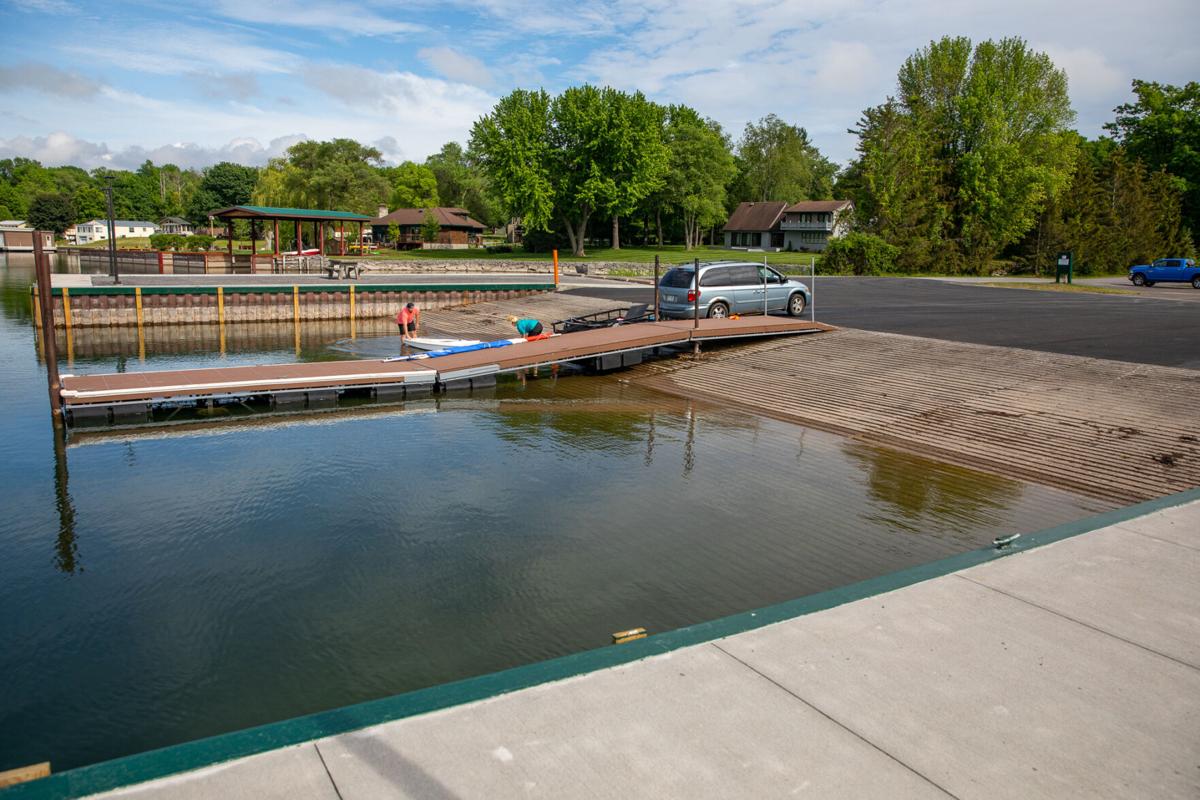 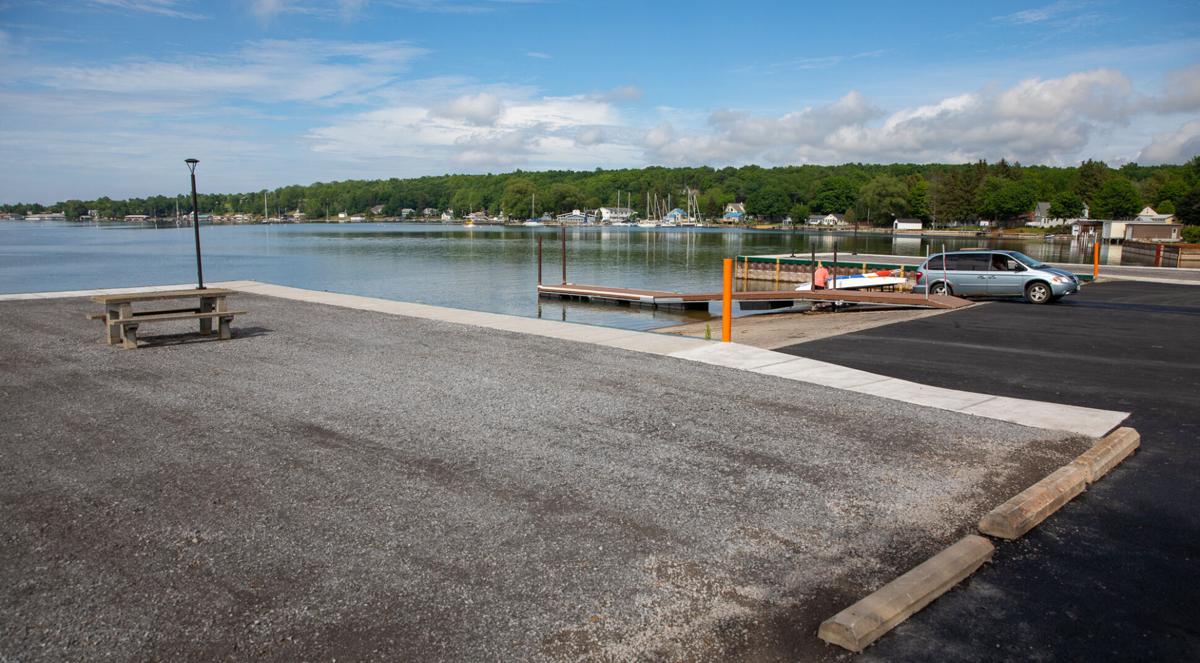 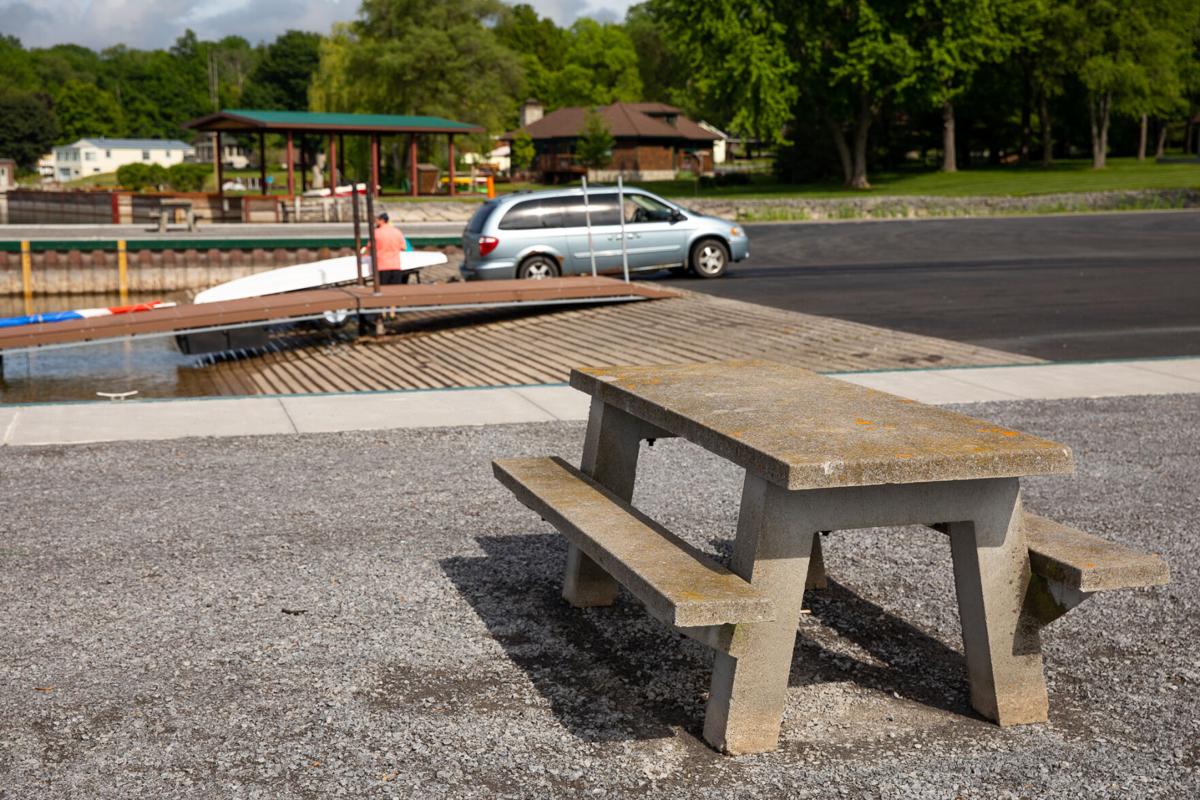 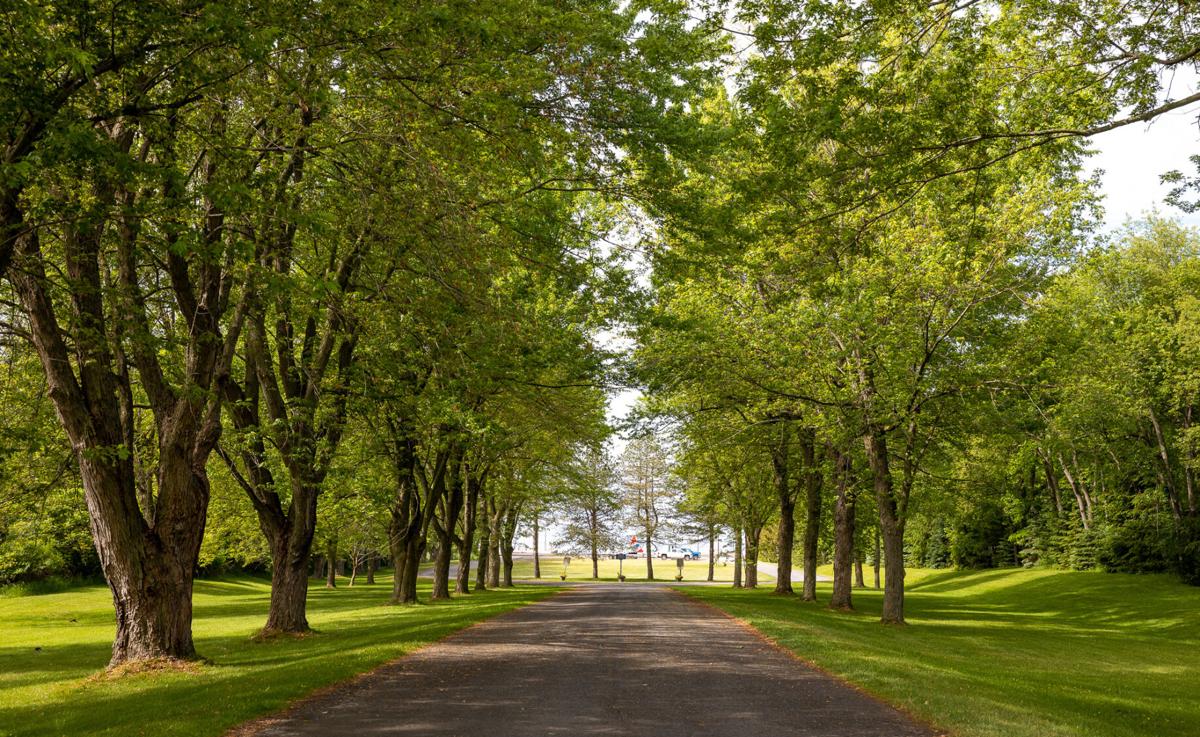 HENDERSON — Following years of wear and tear due to both weather and past high water levels in the area, the Henderson Town Boat Launch has received a needed facelift.

Town records show that the launch was built in 1966, making it 55 years old this year. Since it was built, the years have not been kind, causing cracking and partial collapse, which made for safety hazards in spots.

Much of the old launch was torn out to allow for new stone and new sidewalks were installed around the area. Lighting has also been added around the launch for safety, said Stanley L. Hall, highway superintendent.

“I just want to thank the guys that did the work down there and especially my crew because they gave 100 percent as far as I’m concerned,” Mr. Hall said. I’ve got six people under me, plus our part-time people.”

Mr. Hall has held the position for two years and is currently up for re-election. With his team working on the launch doing things like prep and excavation work, among other things, the town was able to save some money when it comes to the total project cost. The town also contracted with cement, paving and construction companies to complete the project.

The project was started last fall and completed early this week. This is the same boat launch that the Henderson Harbor Sprint Triathlon will begin at next month, so work needed to be finished before the event and before crowds flock to the picturesque summer tourist town.

Town Supervisor Edwin Glaser estimates that the total project cost will be about $100,000 when all is said and done, as opposed to the $140,000 it was estimated at during the most recent round of bids for the project.

Along with money saved thanks to the Highway Department, the Federal Emergency Management Agency helped with a grant of about $70,000, according to Mr. Glaser.

A lot of the erosion problems at the launch started because of the high water Henderson experienced in the past, which caused the cement to cave down from underneath, he said. Now, it’s been redesigned so that can’t happen anymore. Mr. Glaser said the launch should be good for another 20 to 30 years or more now.

“The whole ramp was raised another six inches to tolerate future high water, and the area that’s paved now is three inches higher than what it normally was so if we ever — and we hope we don’t — get high water again, that ramp shouldn’t be compromised this time,” Mr. Glaser said. “Of course it’s turned out a lot nicer now. It’s a nice project.”