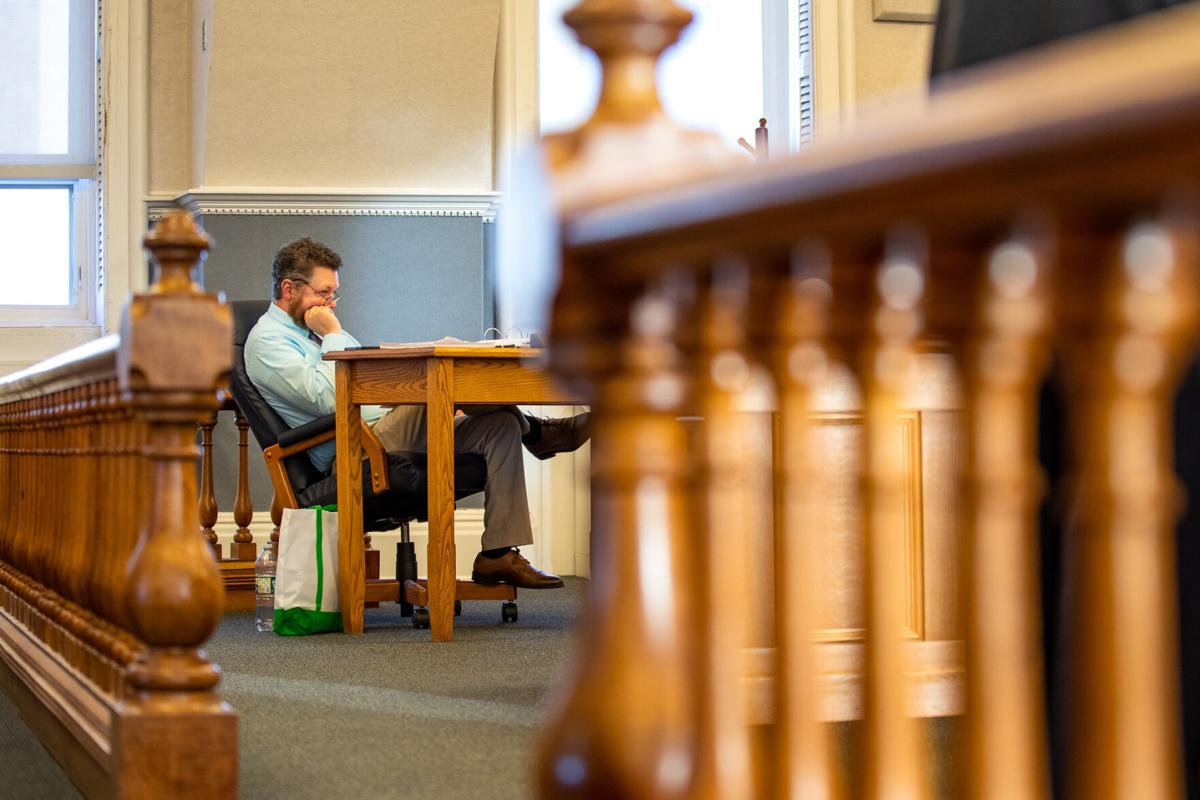 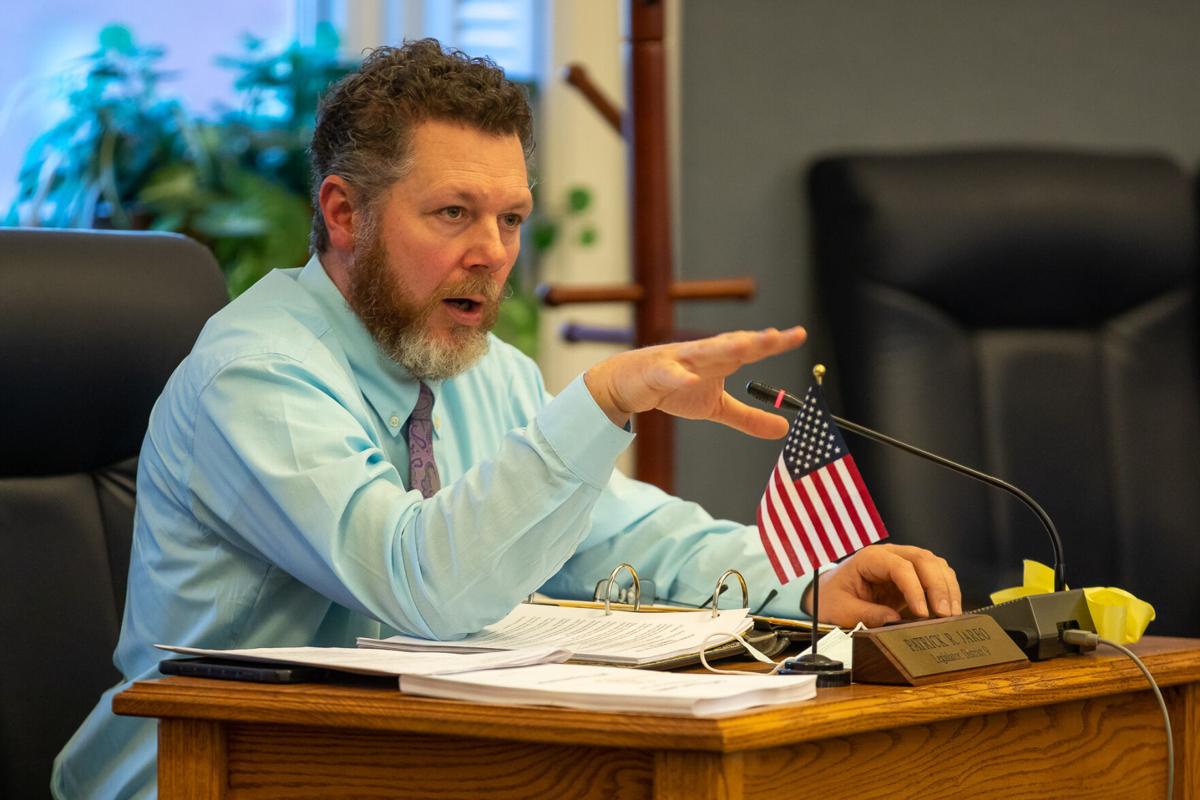 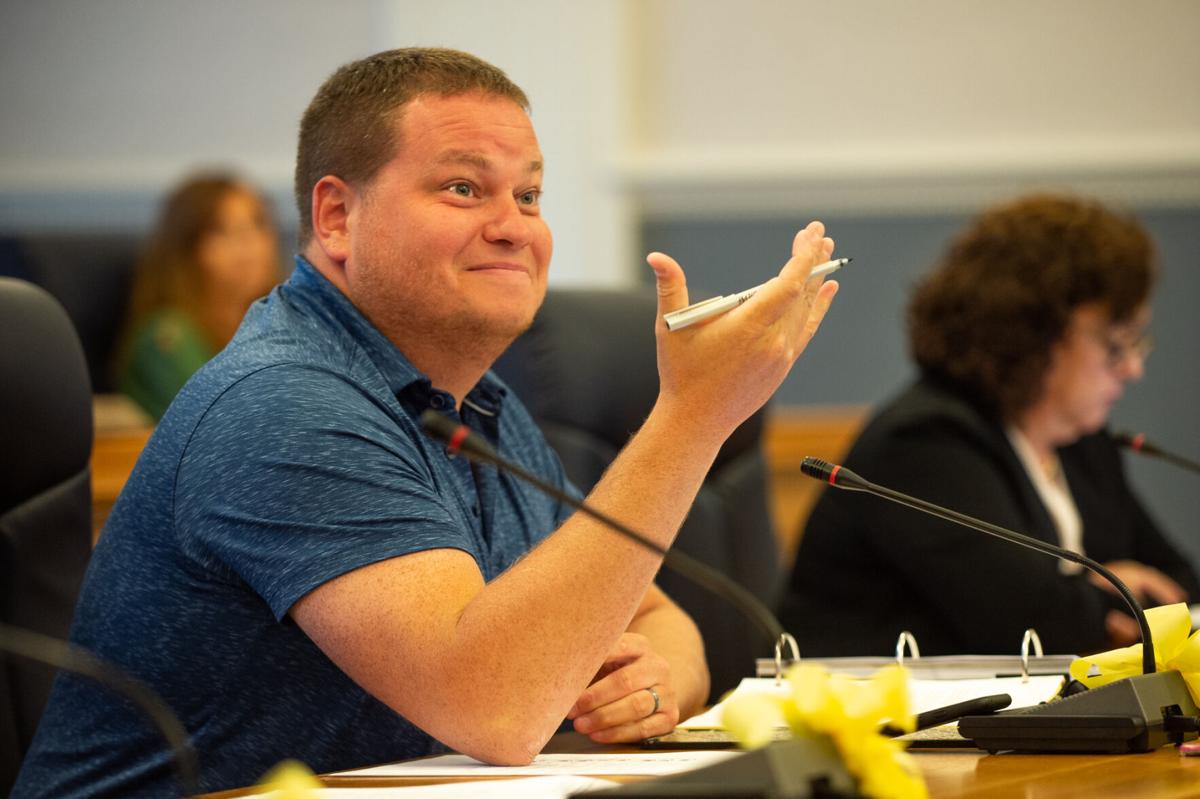 WATERTOWN — Jefferson County legislators on Tuesday accepted an altered version of a resolution that caused some controversy last year.

At Tuesday’s meeting of the county Board of Legislators Finance and Rules Committee, legislators voted to accept the fiscal year 2019 Operation Stonegarden grant. The Stonegarden program gives federal grant money to police departments, via county sheriff’s offices, along the U.S.’s national borders, to enhance their abilities and ultimately strengthen border security.

It’s a controversial program for the Jefferson County Board of Legislators. In July of 2020, the Board of Legislators voted 10 to 5 to reject the 2019 Stonegarden award of $113,832.50, primarily because it included over $64,000 for license plate reader technology.

Legislator Jeremiah J. Maxon, R-Adams, convinced the board to vote against the measure because of the license plate readers, which he said only criminalize poor people who commit minor traffic infractions or allow their vehicle’s documents to lapse.

The plan approved Tuesday has been reworked. Rather than purchasing license plate readers with the grant, the sheriff will use the grant to purchase a fleet of new utility task vehicles, or UTVs.

At the meeting, Undersheriff Brian R. McDermott said the new UTVs were the second choice for the sheriff’s office, and they would have preferred the license plate readers in the original program.

At Tuesday’s meeting, Undersheriff McDermott said he would like to bring the issue of license plate readers back before the board, in a different program at a different time.

Last year, when the board rejected the initial grant proposal, Sheriff Colleen M. O’Neill wrote a letter to the editor in the Watertown Daily Times blasting the decision. She said license plate readers are not used the way Legislator Maxon described, and have proven law enforcement benefits that have saved lives in the past.

On Tuesday, Undersheriff McDermott said he would be happy to answer the board’s questions on license plate readers in the future should the situation arise.

Legislator Patrick R. Jareo, R-Adams, said he believes the issue should not be brought back up.

“The board gave it’s opinion on license plate readers, and once something’s been considered, it’s settled, we don’t keep bringing things back up,” he said.

The UTVs were chosen as an acceptable alternative by the administrators of the grant, after the board rejected the initial grant. Undersheriff McDermott said the sheriff’s office has to work with various federal agencies, including Customs and Border Patrol, as well as local and state officials to develop a plan for how to use the Stonegarden grant each year.

“We all agreed that the license plate readers would have been a good expenditure, but the board chose at this point in time not to approve the use of LPRs, and I respect that decision,” he said.

He said, if future grants touch on the subject of license plate readers, he would be happy to advocate for them before the board at the next opportunity.

The original UTVs were purchased in 2009, also with Operation Stonegarden grant money. The Undersheriff said they’ve been used about 24 times a year since they were first purchased, often in the woods and other inaccessible areas. Earlier Tuesday, the Undersheriff said deputies had used the UTVs to get to a suicidal person on a remote stretch of train tracks near Watertown.

Board members had expressed concern about passing a new version of the grant without hearing from the sheriff’s office about the UTVs. The resolution passed with some concern at the board’s General Services committee meeting July 20, and legislators asked the Undersheriff for more information Tuesday.

Undersheriff McDermott informed the committee that each UTV in use today has between 900 and 1,200 miles on its engine, but that’s not a true representation of how much they’ve been used.

“When we’re deployed with these, oftentimes they will just sit on until needed,” he said.

The Undersheriff said the sheriff’s office plans to purchase four UTVs to replace their current fleet of four.

The current stock the sheriff’s office has can be sold through the county’s usual equipment auction processes and the funds can be added to the general fund for whichever purpose the county deems appropriate.

The remainder of the grant remains largely unchanged, with $29,950 in overtime pay for officers, $4,000 for maintenance and repairs and over $9,000 for retirement, social security and workers compensation. They money is to be split between the Jefferson County Sheriff’s Office and the village police departments in Clayton and Alexandria Bay.

At the General Services committee meeting July 20, Mr. Maxon, who had driven the initial opposition to the Stonegarden grant last year, commended the sheriff’s office for their work re-tooling their grant proposal to fit the board’s decision.

“They’ve done their due diligence, and I think they should be rewarded,” he said. “They heard the concerns that the board raised and they did work to meet those concerns.”

Legislator Maxon voted to pass the resolution at that meeting.

The measure approved Tuesday will still have to go before the full board for final approval, but it passed the Finance and Rules committee without a single no vote, indicating it’s likely to pass.

Law abiding citizens have nothing to fear from license plate readers. The readers help law enforcement capture law breaker faster and assist in locating vulnerable individuals who need their help. I find the stance of some legislators questionable as to their concerns. Is it for others or for themselves?