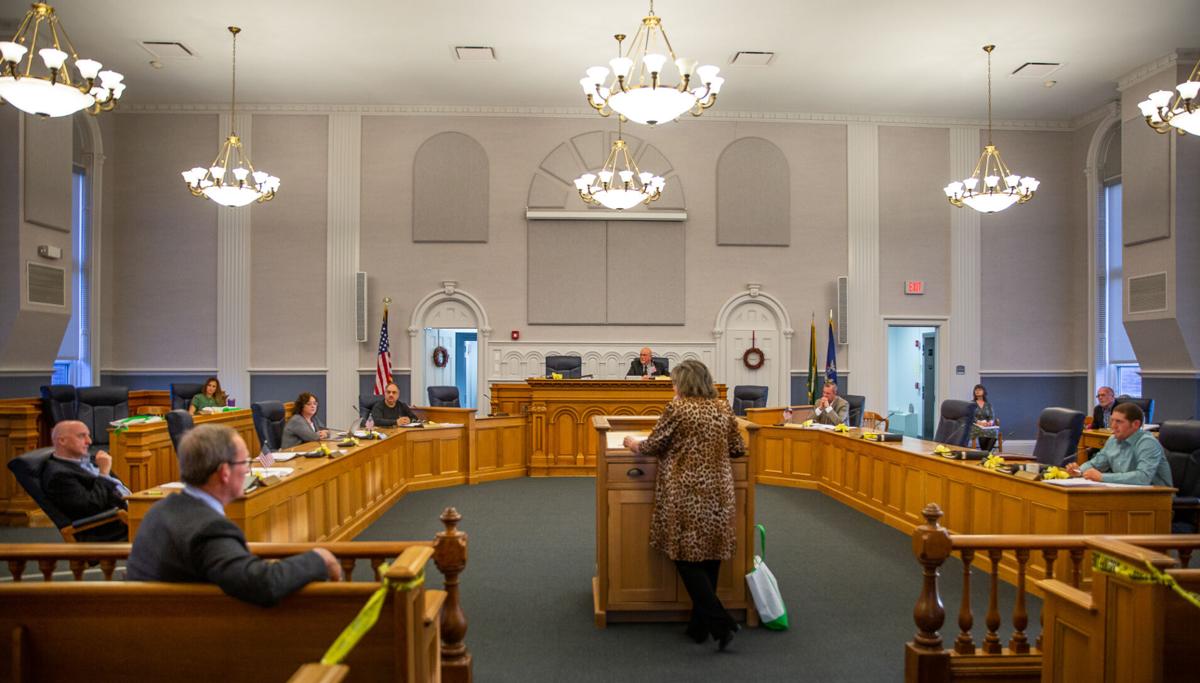 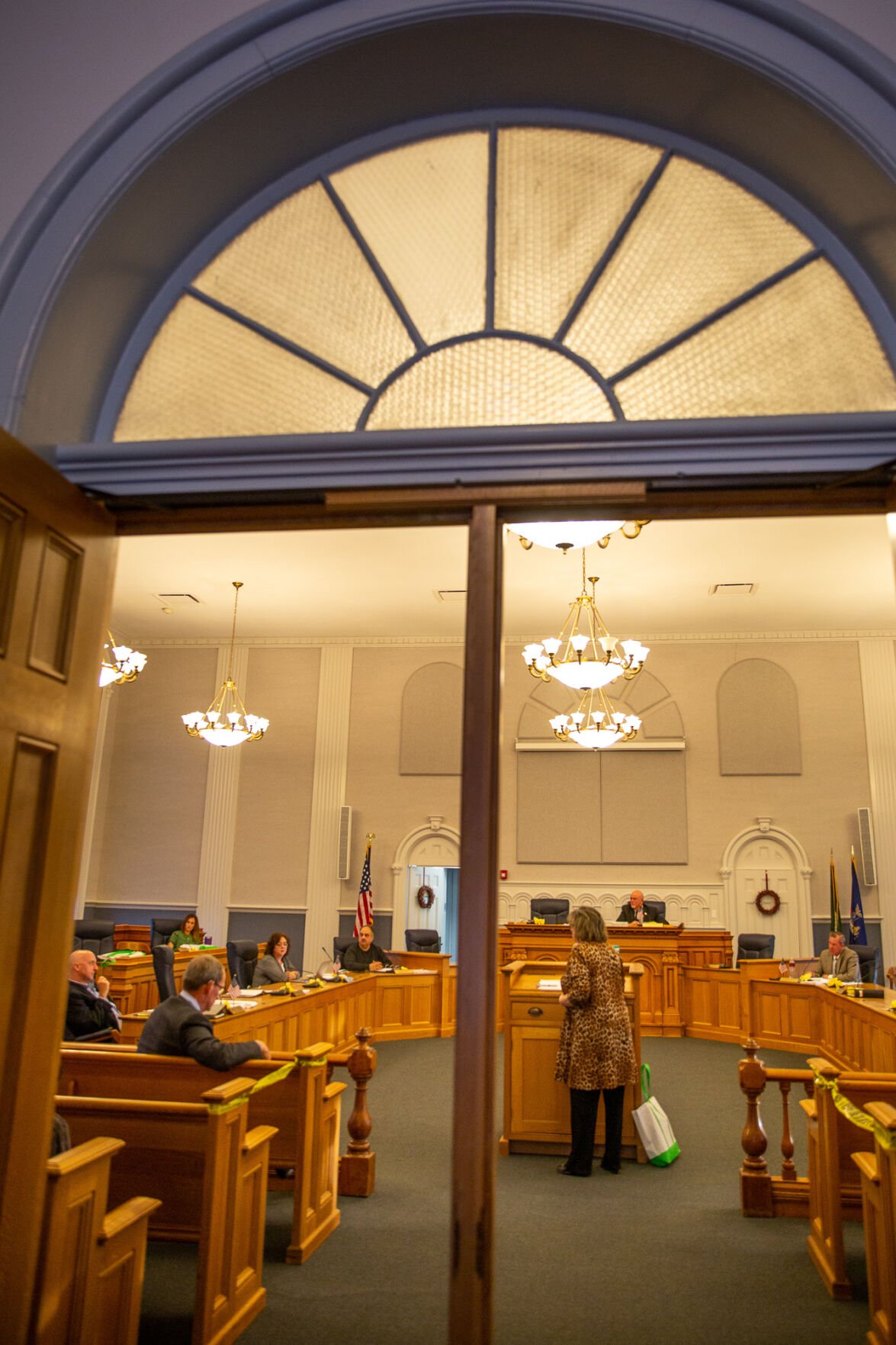 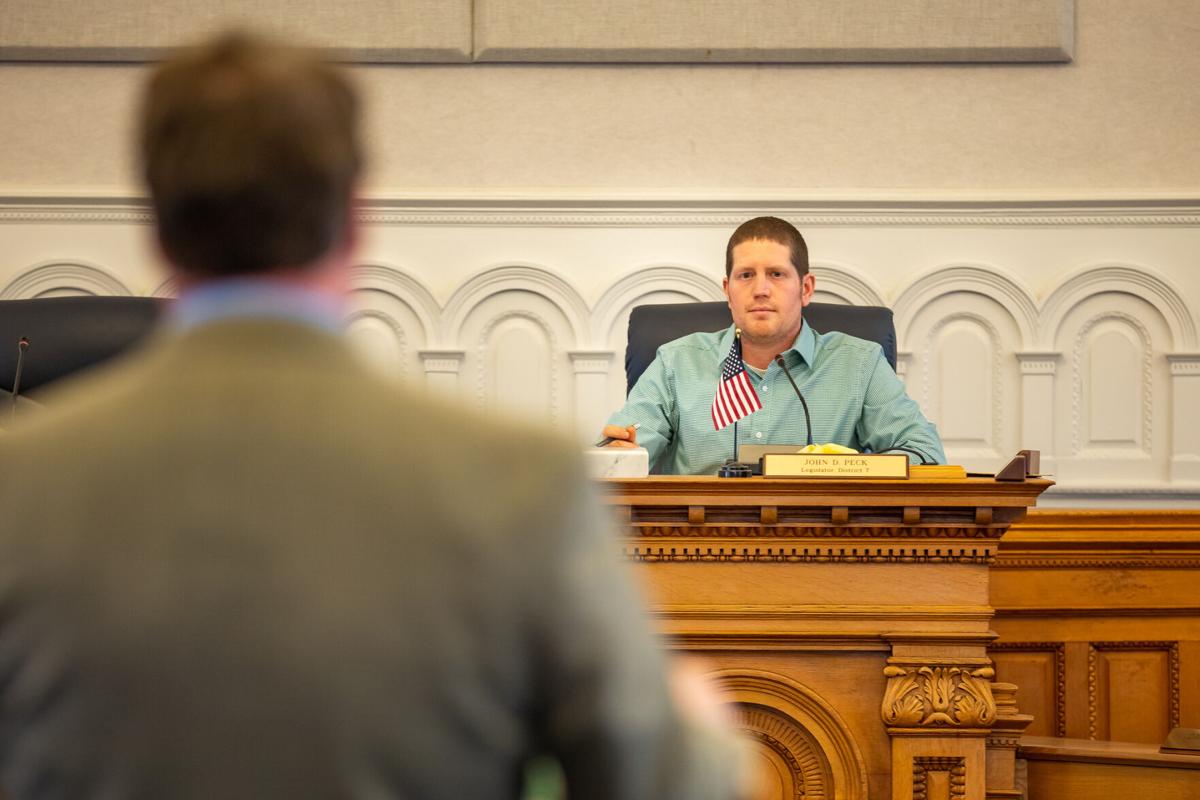 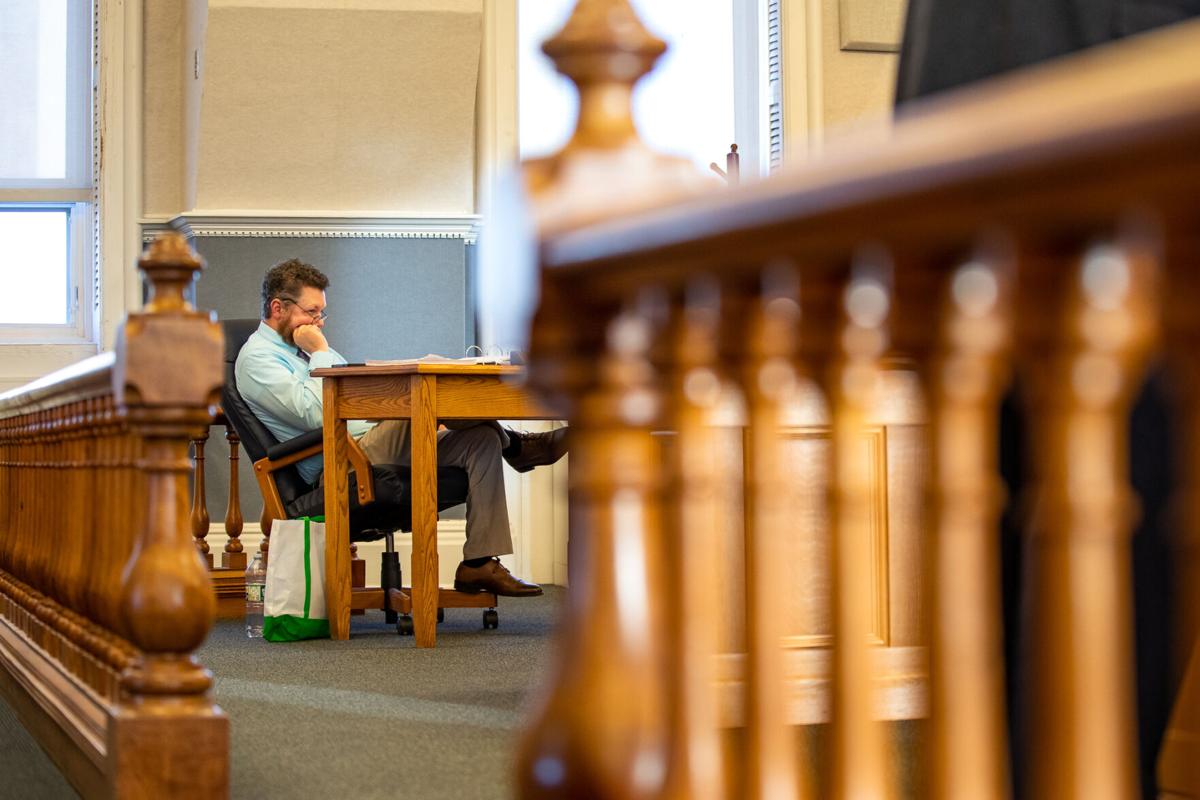 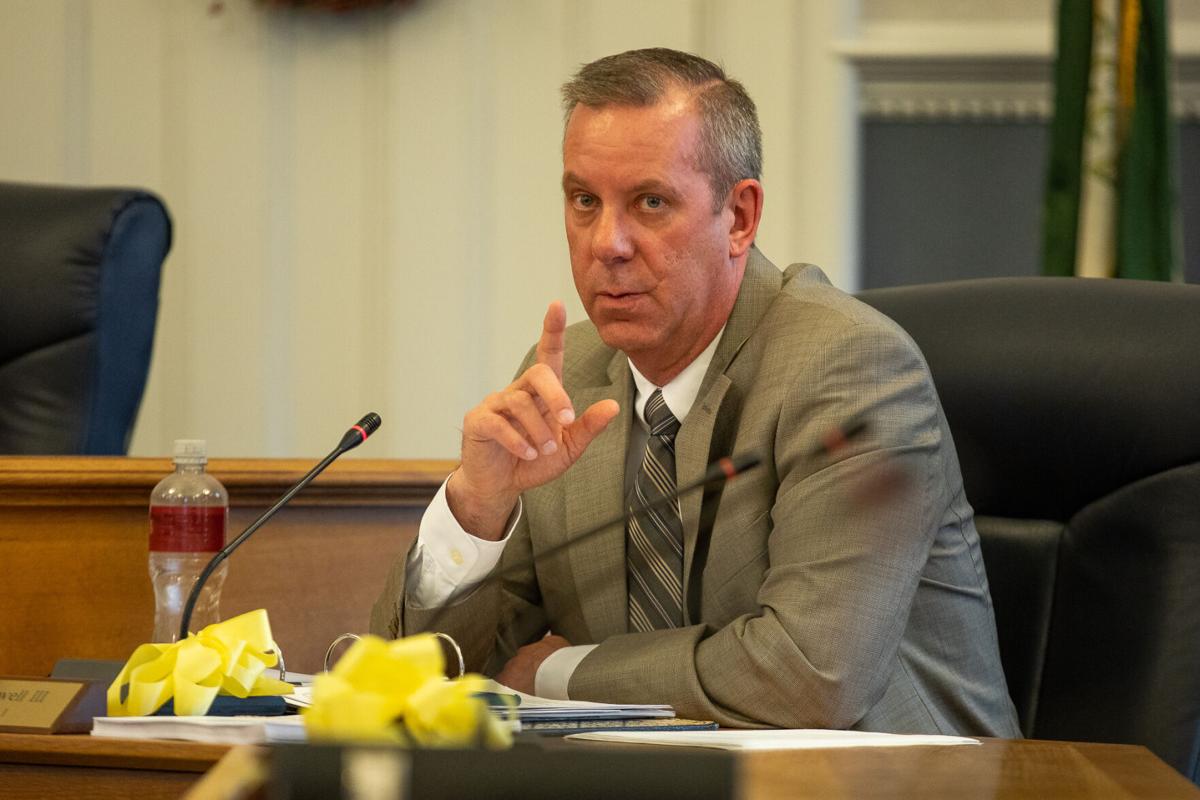 WATERTOWN — The Jefferson County Board of Legislators passed the county’s police reform plan at a special session Tuesday, which marked the board’s first in-person meeting in about four months.

“We think the wicked witch is almost dead, and so we’re back,” said Board of Legislators Chairman Scott A. Gray, referencing the drop in local cases of COVID-19, as he gaveled in Tuesday’s meeting.

The atmosphere was bright as the legislators exchanged lighthearted jokes while discussing the day’s business. Many had not been in the same room with each other in months, as the county Legislature moved to remote meetings in November when local COVID-19 cases skyrocketed.

The police reform plan passed quickly and unanimously at Tuesday’s meeting, without much comment from legislators. Mr. Gray thanked Jefferson County Sheriff Colleen M. O’Neill, who he said took on most of the burden of putting together the reform plan.

“The task was made much easier by the work of the sheriff,” he said. “She put a lot of time and effort, carried most of the weight of the whole project on her shoulders and brought it to a successful conclusion.”

The plan was required by executive order of Gov. Andrew M. Cuomo, who called on every local government in New York state with an active police department to draft, adopt and submit a reform plan to the state Budget Division by April 1, or lose out on state financial support for their departments.

County Administrator Robert F. Hagemann III noted that the county had 48 hours after Tuesday’s meeting to submit the plan to the state Budget Division in Albany.

Also on the agenda for Tuesday’s meeting was the county public health emergency operations plan, which establishes the way the county government and all its departments will operate in the event another health emergency is declared in New York state due to a communicable disease.

According to Mr. Gray, the operations plan essentially puts what the county has learned throughout the COVID-19 pandemic into a document to follow in the future.

“It’s a lot of thing’s we’ve already done, but it had to be reduced to writing and solidified in a plan,” he said.

According to the operations plan, in the event that another public health emergency is declared and concerns over disease transmission in the workplace arise, Jefferson County will be able to determine which employees will be deemed essential, and therefore have to come into work every day. The plan also determines those who are nonessential and can perform their work duties from home.

According to the plan, the county Clerk’s Office, Department of Motor Vehicles, Department of Social Services and county Highway Department can all operate with reduced in-office density, but must maintain some staff presence in their offices.

In the event of another communicable disease-related emergency, the county will need to stock up on personal protective equipment including cloth face masks, N95 respirators, face shields and goggles, as well as disposable gloves and gowns. These pieces of equipment were hard to come by in the early days of the coronavirus pandemic, and prices quickly soared as demand outpaced supply.

According to the operations plan, the county will purchase future stocks of PPE as needed after the county director of Fire and Emergency Management Services identifies what departments need equipment and how much they require.

The plan also stipulates that if emergency housing is required for county essential workers to contain the spread of a disease, the county and public health leaders will identify local gymnasiums and hotels that can accommodate the staffers.

Mr. Gray said the local public sector employees union was given the opportunity to provide feedback on the plan and recommend any alterations, but none were provided.

“It’s about making sure services are maintained,” Mr. Gray said. “It’s about ensuring that people can work from home, but we can still maintain central, essential services.”