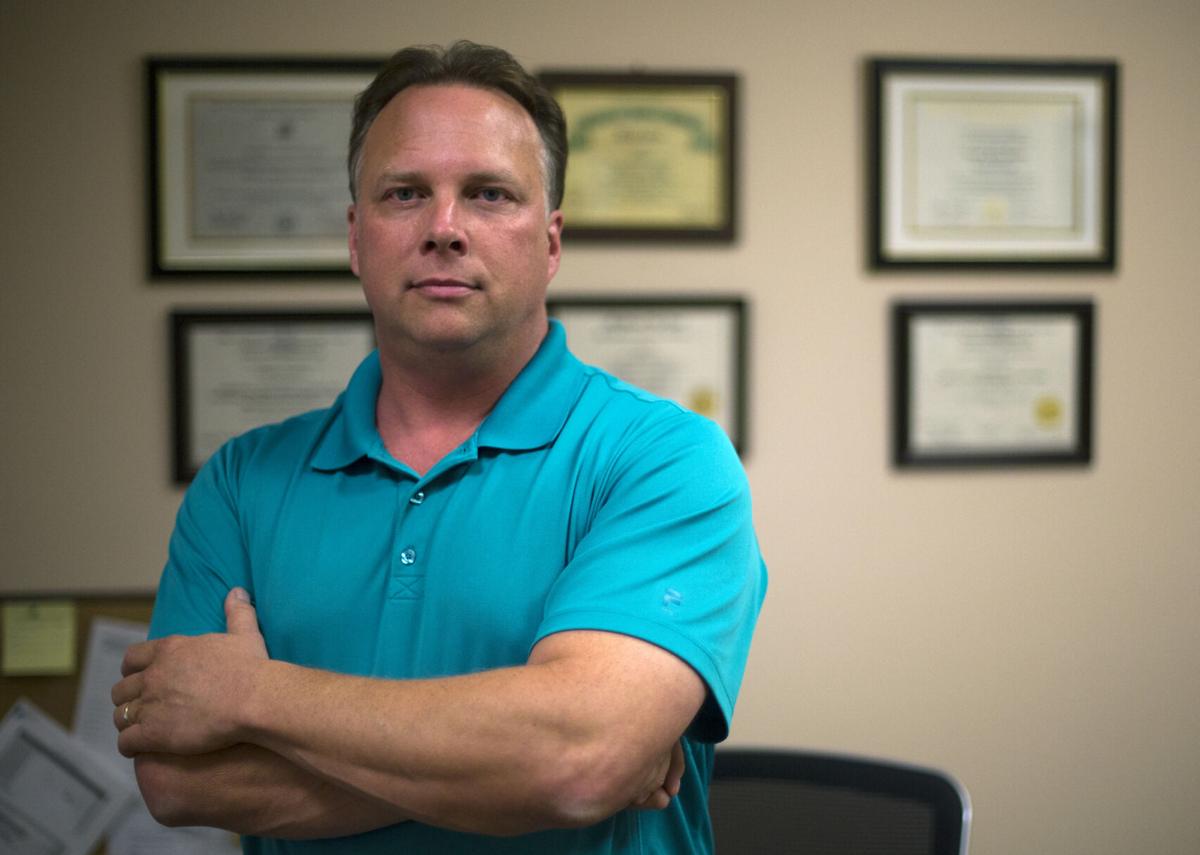 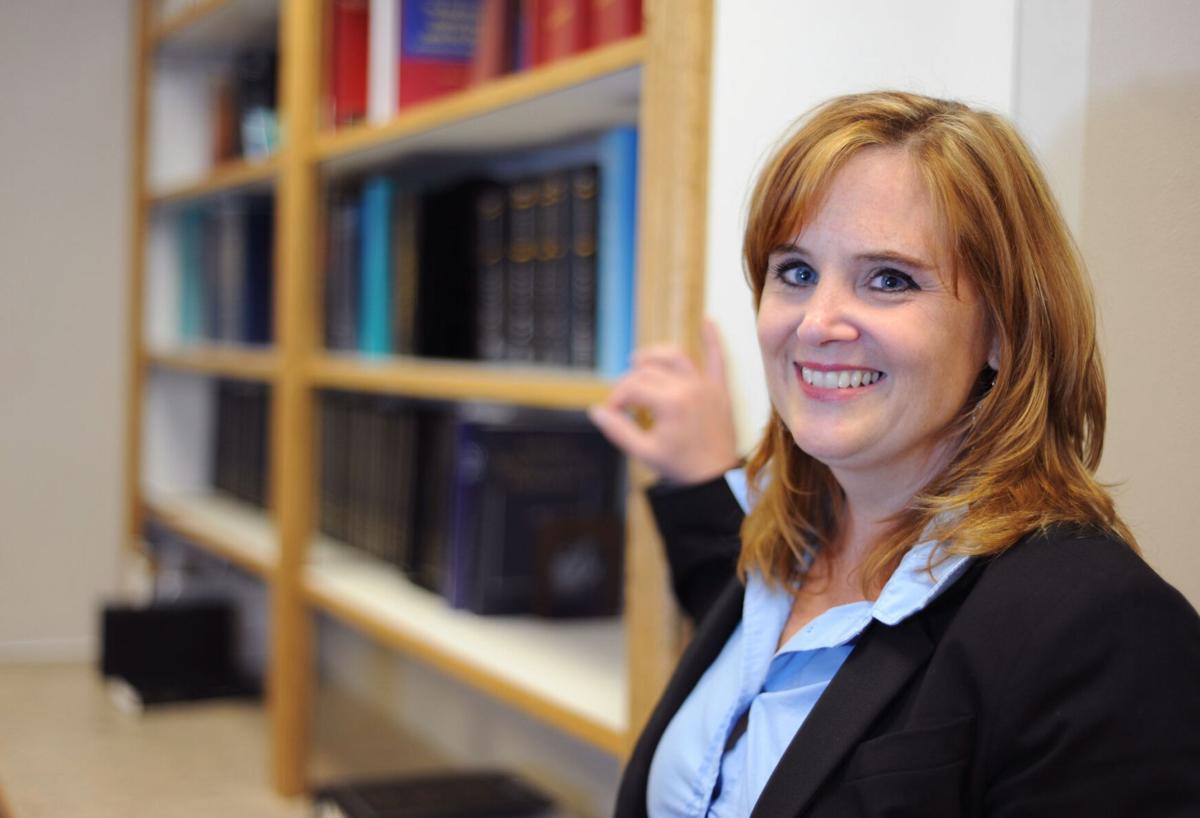 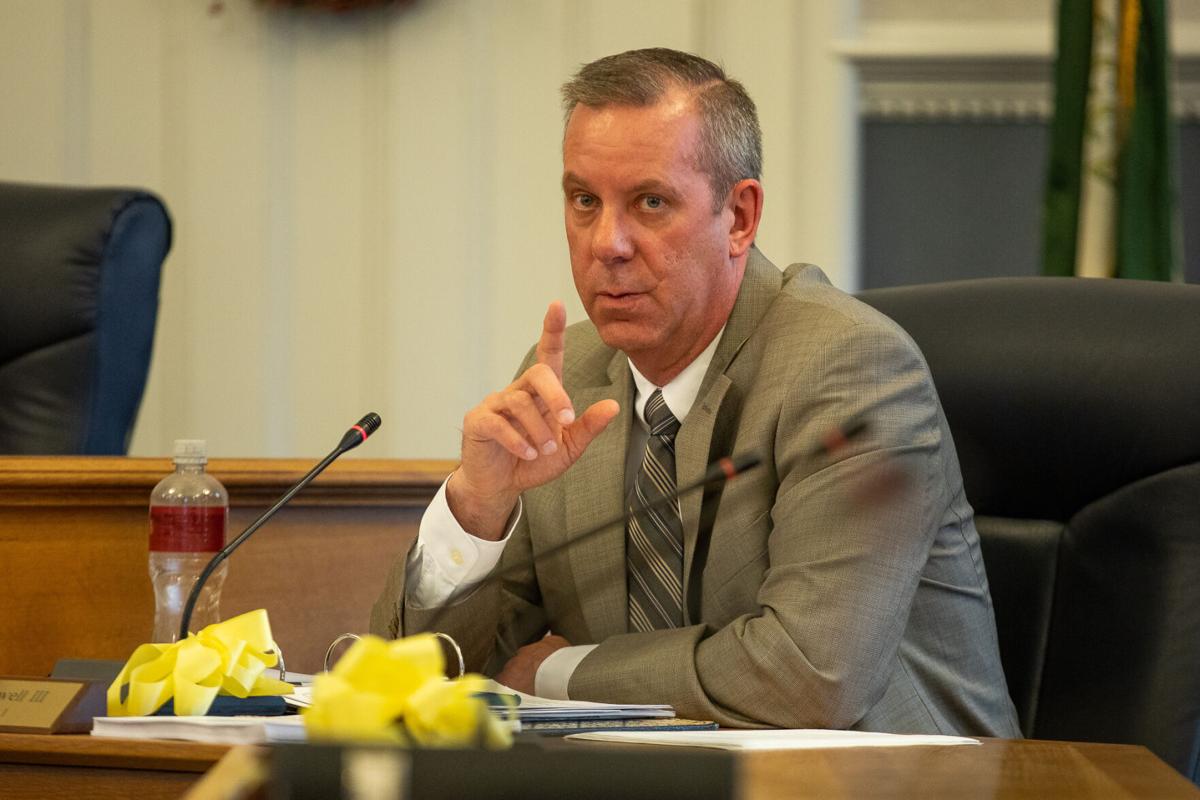 Jefferson County Board of Legislators Chairman Scott A. Gray at a Legislature meeting in March. Kara Dry/Watertown Daily Times

Jefferson County Board of Legislators Chairman Scott A. Gray at a Legislature meeting in March. Kara Dry/Watertown Daily Times

The bill, from the state Office of Mental Health, was for competency restoration services. It’s a New York state program for criminal defendants who are determined unable to understand the court proceedings against them because of mental disease or defect, that restores their competency through medical treatment at state-run mental health care centers.

He said it’s one of the most expensive things his office is responsible for, and the county has absolutely no say in any aspect of the program.

“Imagine you were responsible for paying a bill, you had no say in any of the process of accumulating those costs, you weren’t made aware of any of the work that was done to warrant the bill, and you weren’t even told when the work was done,” he said. “That’s what this is.”

The state’s competency restoration program is established by Article 730 in New York state’s criminal code. It’s meant to ensure that all criminal defendants receive a fair trial by establishing a way to determine if a defendant is able to understand the facts and court procedures used in the case against them. In felony cases, when the prosecution, defense and judge all agree the defendant may not be able to understand court proceedings, the judge can order a competency evaluation.

The county department in charge of overseeing mental health care is then tasked with coordinating the exams, which are administered by two separate psychiatrists.

“All this time, the person is incarcerated in the Jefferson County jail, because they’re suspected of a serious crime,” Mr. Ruetten said. “They’re under psychiatric evaluation, so it is deemed acceptable to have them incarcerated.”

She said that in part because of the time and expense associated with putting a defendant through restorative services, her office will review their case before proceeding with the prosecution.

“We ask ourselves, ‘If this person were competent, do we have a good case?’” she said. “We ask if it’s something we could prove, or if it’s something that the ends of justice demand that we go with prosecution.”

She said that moving forward, she would like to work more closely with Mr. Ruetten and Jefferson County Community Services to establish which defendants may need restorative services.

“We’re going to have to work more closely with Community Services to determine what cases we really need to dig our heels in on and which cases we can let go,” Mrs. Mills said.

If the person is determined to be incompetent to stand trial and is sent to restorative services, they are held at the local jail until a bed opens up at one of the four facilities that offer competency restoration, run by the state Office of Mental Health: Mid-Hudson Forensic Psychiatric Center in New Hampton, Kirby Forensic Psychiatric Center in New York City, Central New York Psychiatric Center in Marcy and the Rochester Regional Forensic Unit. Together, the facilities have a combined bed count of 781, split between the criminally insane, those deemed unable to be held responsible for their crimes due to mental illness, and those deemed incompetent to stand trial.

According to James Plastiras, spokesman for the state Office of Mental Health, there are currently 257 patients undergoing competency restoration.

Once a person is admitted to one of these facilities, the county loses all contact with them.

“We don’t know where this person is, or if there is any idea when competency may be restored,” Mr. Ruetten said.

In years past, Jefferson County was responsible for half of the cost of treatment. But in 2020, the state abruptly changed the rules, making the counties totally responsible for the cost of treatment. As a part of negotiations after that change, the Office of Mental Health is required to send the counties monthly reports on people undergoing restorative services treatment, including their names, medications and diagnoses.

Mr. Ruetten said those reports haven’t been coming in a timely manner; they typically show up once every three months.

The costs of this program aren’t predictable — some years nobody undergoes restorative services, other years multiple people do. The state charges different amounts for treatment depending on which hospital the individual is sent to, and rarely is that rate communicated to the counties before a bill is sent.

According to Mr. Plastiras, the average rate of treatment for a patient being held for competency restoration is $1,145 a day. Those rates are equal to what Medicaid-eligible patients in those facilities are charged.

Mr. Plastiras said those costs have increased in recent years, as have costs for all other mental health-related treatments at state facilities.

Mr. Ruetten said the county has historically budgeted $50,000 for competency restoration, and he would request additional funds when necessary. It’s always been expensive, but with the county now responsible for 100% of the costs, the bills are quickly stacking up.

“One year of this, and you’ve got 1 percent of the entire county property tax levy right there,” Scott A. Gray, chairman of the Jefferson County Board of Legislators, said at the meeting where Mr. Ruetten presented the bill to legislators.

Mr. Ruetten said that during his tenure at Community Services, the longest amount of time he’s seen anyone from Jefferson County spend in restorative services was about 310 days, but he’s heard of cases that took more than five years to resolve.

According to the law establishing the competency restoration program, an individual in the program can be held for treatment for up to two-thirds of the maximum amount of time they would be sentenced to jail if they were found guilty.

Another issue is the quality of treatment these people receive. Mr. Ruetten said people sent to restorative services are not necessarily receiving treatment for their mental health issues, whether that be illness or defect. He said competency restoration and actual treatment of illness are vastly different processes, and improving competency does not equal improving mental health status.

“We’re paying $1,200 a day to have the state restore a person so they can stand trial and most likely be incarcerated for a long time after that,” he said. “And they don’t receive mental health treatment.”

Mrs. Mills said roughly half of all defendants who go through competency restoration are able to stand trial after treatment, and there are many cases where the person is so traumatized by the crime they committed they are unable to be returned to full competency. She brought up the case of the 1987 murders of Vincent J. Pietrowski and Dexter Police Chief Samuel A. Johnson Sr. Both men were killed in Dexter by a former coworker of Mr. Pietrowski’s, Stuart R. Moss. As Mr. Moss fled the scene of the murders, he was shot five times by law enforcement, including once in the head. The brain damage rendered him unable to stand trial.

“Stuart Moss is one of the people who was never been restored to competency,” she said. “He’s been in a facility for years and years, and he’ll never be able to stand trial.”

Mr. Moss underwent competency restoration, but it was unsuccessful, and he was transferred from a criminal psychiatric hold to a civil one, according to Mrs. Mills. In 2009, the state Office of Mental Health was considering releasing Mr. Moss, but that never happened either. It is unclear where Mr. Moss is today, or if he’s still alive.

Mr. Gray said that from his perspective, competency restoration isn’t worth the money, which makes the exorbitant bill all the worse.

“If there was an alternative program that could address some of their needs or something along that line, that would actually be beneficial for the person and beneficial for the community, it would be money well spent,” he said. “This is not that.”

Mr. Acquario said the program is an example of what he calls “blank check syndrome” by the state, where state departments see counties and local governments as endless sources of funding for the programs the state can’t or won’t support itself.

He said there are a number of alternative methods to restore someone to competency for a criminal trial, or at least a few options for how to adjust the state’s current program. Firstly, Mr. Acquario said the state must improve communication with counties about the patients they are caring for.

As for reforming the program, Mr. Acquario said state Assemblywoman Aileen M. Gunther, D-Forestburgh, has proposed legislation that would require the state to pick up 100% of the cost. Assemblyman John T. McDonald, D-Cohoes, has introduced a bill that would create a three-year pilot program for five New York state counties to undertake jail-based competency restoration, where all treatment would be administered at the local county jail. Mr. Acquario said that method would cut costs for counties by 60% to 90%, but it’s a contentious issue.

“The sheriffs are generally not supportive of jail-based restoration, because they feel that the jail is not a mental health or psychiatric care center and they don’t necessarily want it to become one,” he said.

Mr. Ruetten said that based on conversations he has had with other county mental health directors across the state, it seems that the Office of Mental Health is dedicated to running this program as it is currently structured. He said it’s another example of an apparent disconnect between the decisions made in Albany and the reality in local communities.

“People making decisions in Albany aren’t necessarily thinking about Jefferson County when they’re making a decision” he said, “and this is the sort of thing that could really devastate a community financially if left unchecked.”

Mr. Gray; county Health and Human Services Committee Chairman John D. Peck, R-Carthage; and county Finance and Rules Committee Chairman Michael Montigelli, R-Black River; all signed onto a letter addressed to the Office of Mental Health commissioner asking that the state reverse course on asking the counties to pick up 100% of the costs associated with restorative services.

“The cost of this service is outrageous for the county taxpayers, and an injustice to the incapacitated individual who receives no treatment while committed for restoration,” the letter reads. “On behalf of our county residents, we are advocating for a re-examination of this excessive burden.”

The legislators advocated for at least a return to the 50% split that was previously used to finance restorative treatment “at the very least,” but Mr. Gray also proposed that the state implement an annual cap on county charges.

“You could arrive at that cap by looking at, historically, what we spent, and that way we would have lower risks, because we know what the total cost would be,” he said.

Mr. Acquario said this issue continues to be a priority for NYSAC, and he intends to continue pushing the state government to come up with a better solution to restoring criminal defendants to competency so they can stand trial.

“We will continue to work with the governor and state legislature and the Office of Court Administration to bring some improvements to this program,” he said.