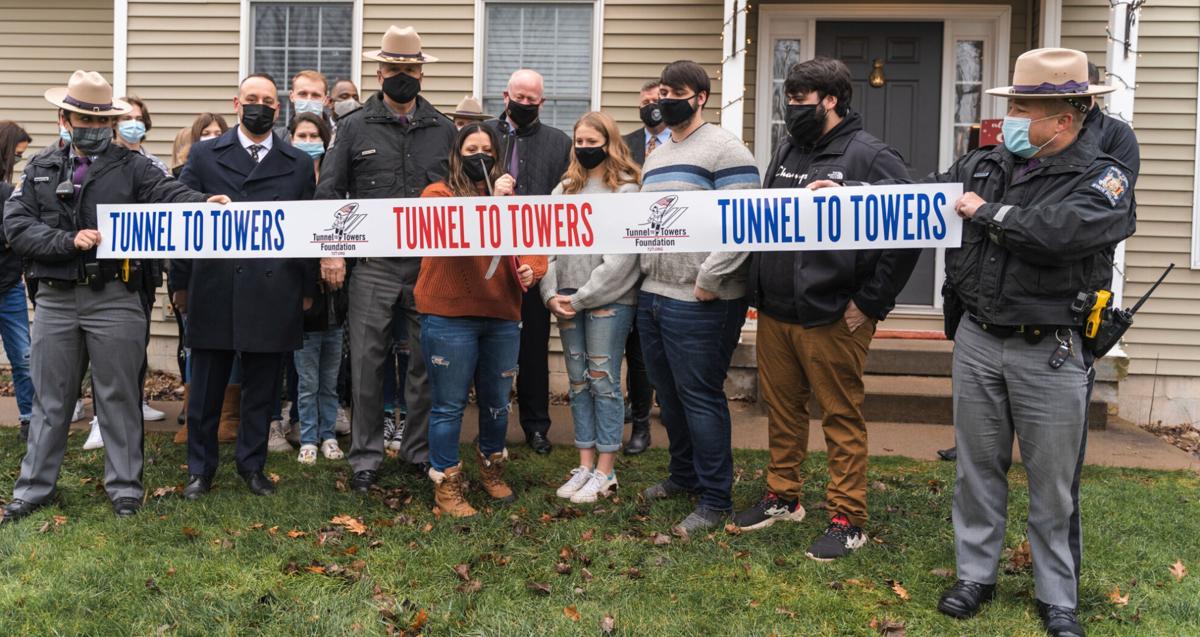 Suzanne Davis cuts the Tunnel to Towers ribbon at her home on Spindle Lane on Tuesday, signifying the nonprofit’s paying off the mortgage on the home. To her left are the three children of Suzanne and the late Trooper Joel R. Davis. Photo courtesy of Tunnel to Towers 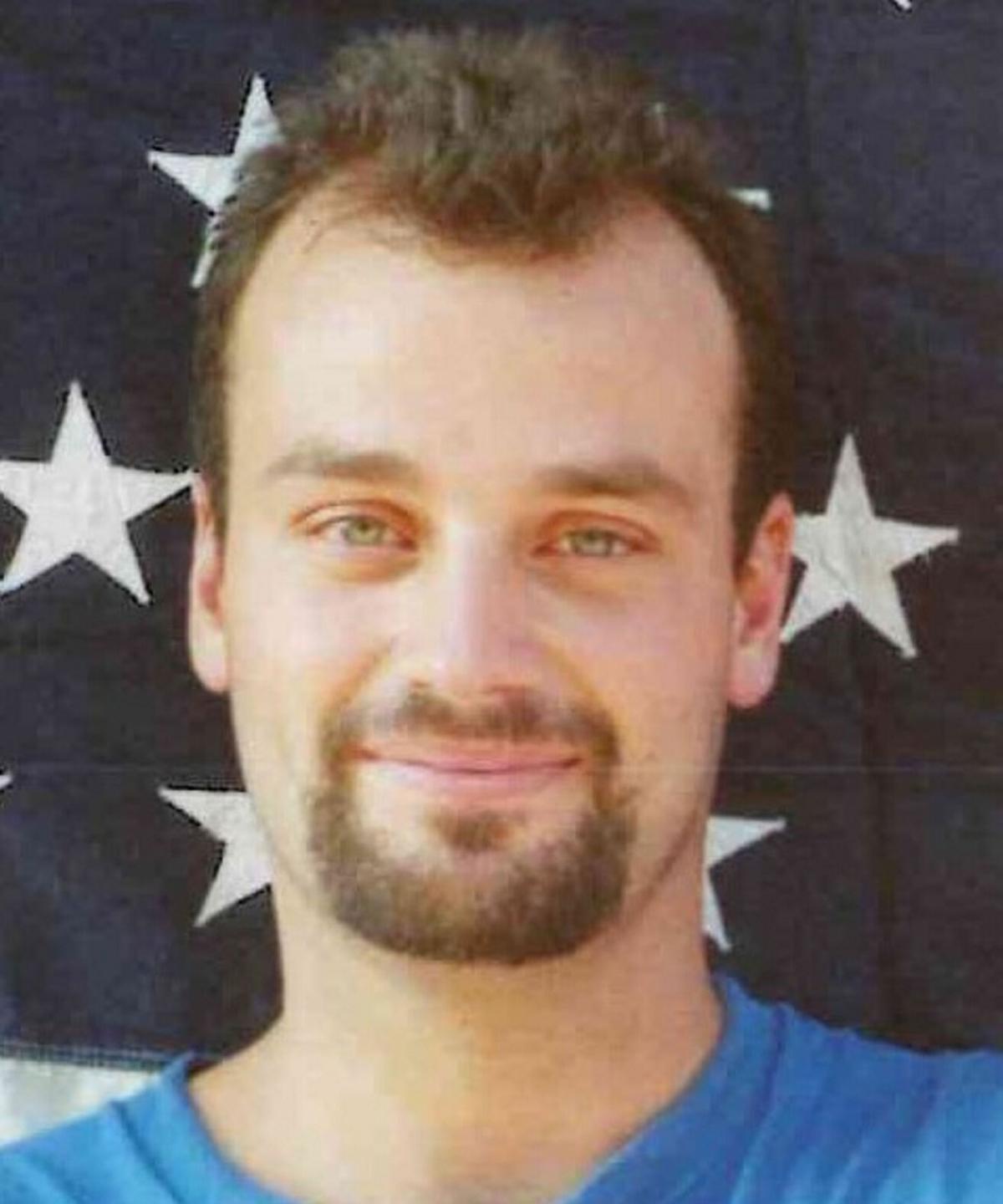 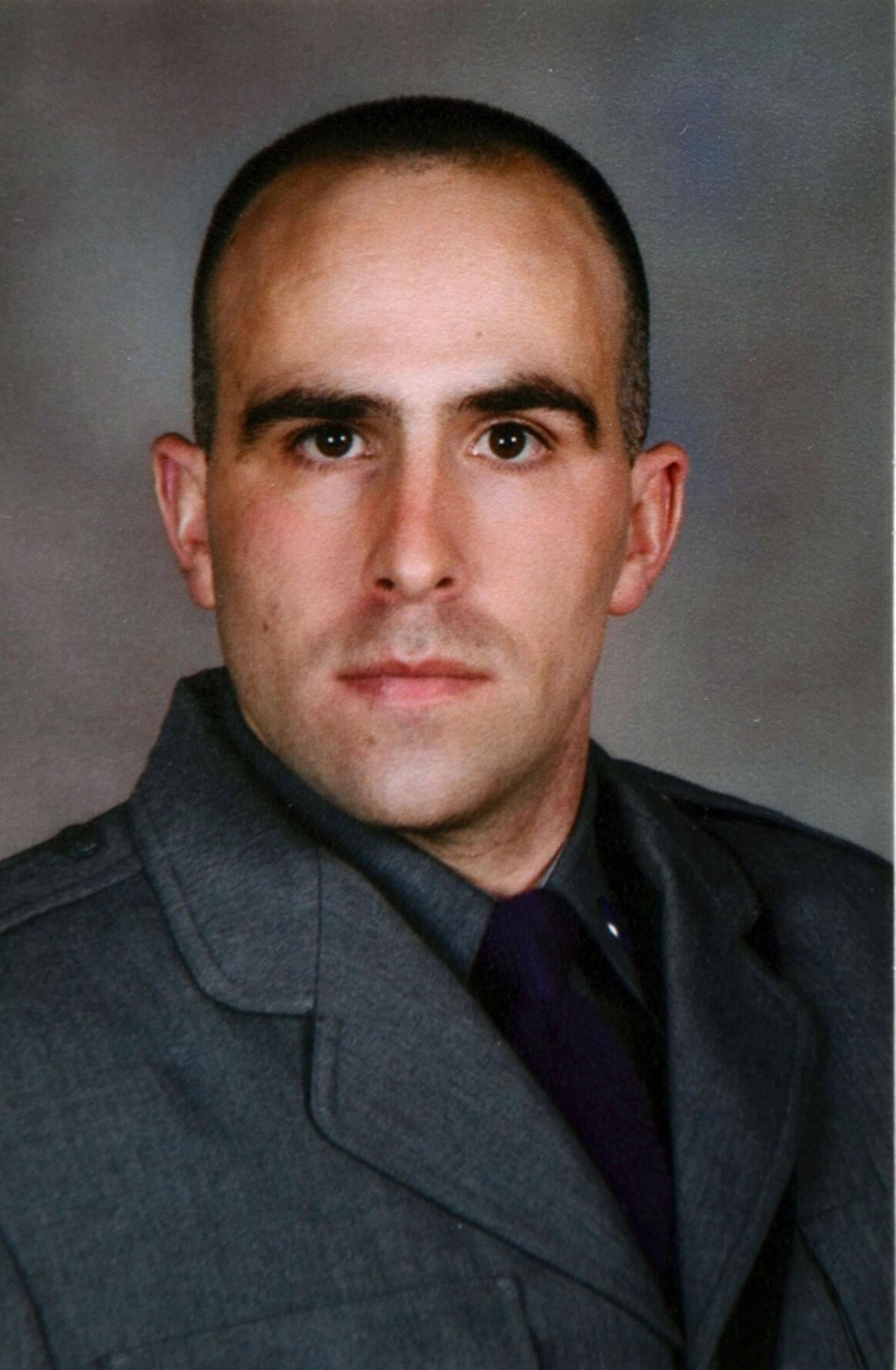 Suzanne Davis cuts the Tunnel to Towers ribbon at her home on Spindle Lane on Tuesday, signifying the nonprofit’s paying off the mortgage on the home. To her left are the three children of Suzanne and the late Trooper Joel R. Davis. Photo courtesy of Tunnel to Towers

WATERTOWN — Echoes of valor that originated from two fallen first responders intersected on a quiet lane in this city three days before Christmas, bringing joy not only to those receiving a gift, but to those giving it.

Tuesday’s generous act and its private ceremony can be traced back to the tragedy of Sept. 11, 2001, when Islamic terrorists attacked the United States, killing nearly 3,000 innocent Americans and altering this country’s course of history. Victims are still dying due to 9-11 related illnesses.

Firefighter Stephen Gerard Siller of Brooklyn’s Squad 1 had just completed his shift on 9-11 and was looking forward to a beautiful day off and golf with his brothers. On his way to the links, he received word over his scanner of a plane hitting the North Tower of the World Trade Center. He called his wife, Sally, and asked her to tell his brothers he would catch up with them later. He returned to Squad 1 to get his gear.

Mr. Siller drove his truck to the entrance of the Brooklyn Battery Tunnel, but it had been closed for security purposes. Still determined, he strapped 60 pounds of gear to his back and raced on foot through the tunnel to the Twin Towers, where he gave up his life while saving others.

In addition to Sally, Mr. Siller, 34, left behind five children.

The firefighter’s parents, lay Franciscans, had always shared the guiding philosophy of St. Francis of Assisi, whose motivational phrase, “While we have time, let us do good,” were words that Stephen lived by.

From the tragedy, the nonprofit Tunnel to Towers Foundation was created, honoring soldiers and first responders who make the supreme sacrifice of life and limb for our country.

One of its missions is its Fallen First Responder program.

On July 9, 2017, state trooper Joel R. Davis, 36, of Philadelphia, was shot and killed in Theresa while responding to a domestic disturbance.

He left behind his wife, Suzanne, and their children Trenton, Caden and Jaila.

Trooper Davis, a 1998 graduate of Indian River Central, was a four-year veteran of the state police force and had previously served with the Jefferson County Sheriff’s Office.

On Tuesday, the Davis family became the first beneficiaries in Northern New York of Tunnel to Towers’ Fallen First Responder program. The Davis residence at 433 Spindle Lane, became the 27th home in Tunnel to Towers 2020 “Season of Hope,” which is providing 36 mortgage-free homes in the span of 36 days — from Thanksgiving to New Year’s Eve. The foundation bought out the mortgage on the home, which Ms. Davis purchased in October.

To date, the Tunnel to Towers Foundation, founded in 2001, has spent more than $250 million to honor and support our first responders and veterans and their families.

“Trooper Davis lost his life three years ago and his family still deals with the loss every day,” Frank Siller, chairman and chief executive officer of Tunnel to Towers and Stephen’s younger brother, said in a news release issued by the foundation. “We hope this gift shows Suzanne and their children that we have not forgotten him and the sacrifice he made to keep us safe.”

For Ms. Davis, the gift brings comfort and serenity.

“You aren’t just paying off a home, you are giving us security and peace of mind that will allow us to grow burden free,” Ms. Davis said in the news release. “The ripples that this will cause for myself and my children are endless.”

She thanked the foundation “for the possibilities you have given my family for our future.”

She added, “After Joel’s death, our home was our hideout, our escape, our place to grieve in peace, and our place to learn to love life again.”

In the Smart Home Program, Tunnel to Towers builds mortgage-free smart homes for the most catastrophically injured veterans and first responders. Each home is designed to address the unique needs of each individual.

The Gold Star Family Home Program honors the legacy of those who made the ultimate sacrifice while serving our country. The foundation can provide a mortgage-free home to surviving spouses with young children.

“It’s tough gathering this information of guys killed in the line of duty or serving their country overseas,” Mr. Hulvane said in a phone interview Wednesday from his home in Brooklyn. “But when you make that call and the process is almost complete and tell them that they’ve been accepted into the program, it’s the greatest feeling you can have — to know that you are helping a family. It’s an expense they have in their lives, and now they can concentrate on taking care of their kids.”

Mr. Hulvane said the foundation’s $11 a month donation program has been especially successful, which resulted in Frank Siller deciding to look for more families the organization could help.

Mr. Huvane, who as a New York City detective often worked with state troopers, said he was impressed by the community support shown for Joel Davis’s family following his murder.

“I made a point to go up there yesterday because Trooper Davis is the first New York state trooper that we’ve taken care of, paying off the mortgage, who was killed in the line of duty,” Mr. Hulvane said. “But we’ve done troopers throughout the whole country. I thought it was important that I was up there for that and to see the family in person and the wonderful support the troops had that were there. As a former cop, it’s great to see that support in the community.”

He said the foundation’s “Season of Hope” program is made possible by generous donations.

“Season of Hope is a great thing because it’s the hardest time of year for families — navigating through the holidays and missing their loved ones,” he said. “Their loved ones are looking down at us and shepherding us through, to help them out and to give them a little something to be hopeful and happy about.”

He also experienced that joy Tuesday on Spindle Lane.

“It’s a beautiful family and it’s important for them to know that three years later, that when people say, ‘You don’t forget,’ that the community doesn’t forget and the Siller Foundation will do as much as we can for as many people we can through our program and 11 dollars a month,” he added.