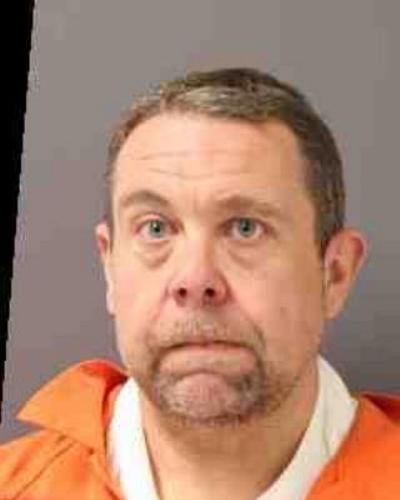 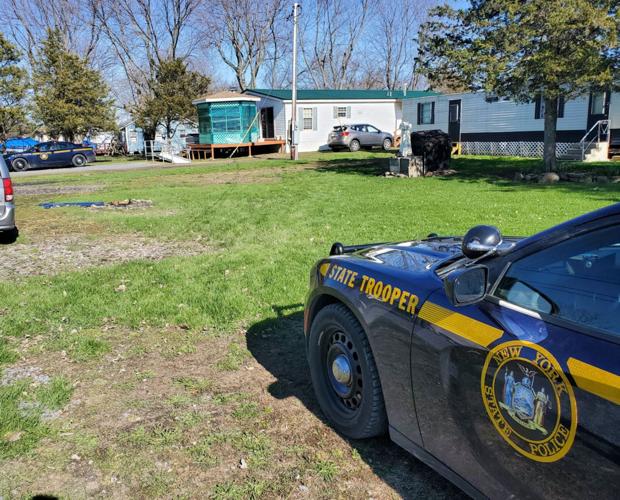 Troopers set up outside of 6782 Failing Shores Lane on Point Peninsula on Thursday in the town of Lyme. Photo courtesy of state police 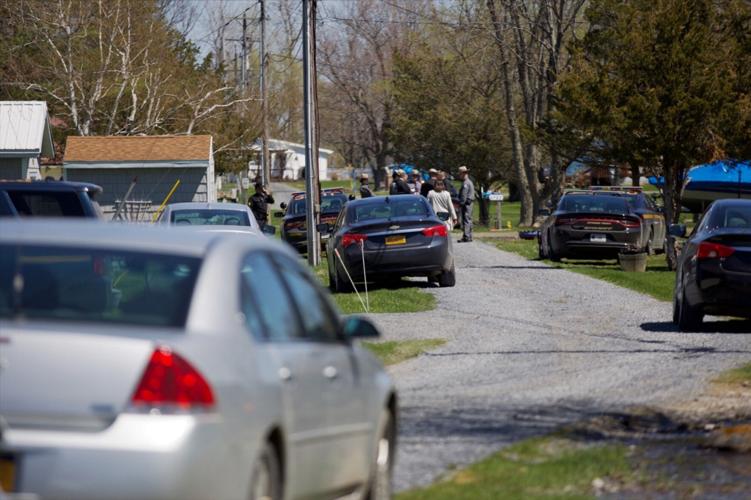 State police set up outside of 6782 Failing Shores Lane, right, the scene of a fatal stabbing, on Point Peninsula on Thursday afternoon in the town of Lyme. Kara Dry/Watertown Daily Times

State police set up outside of 6782 Failing Shores Lane, right, the scene of a fatal stabbing, on Point Peninsula on Thursday afternoon in the town of Lyme. Kara Dry/Watertown Daily Times

CHAUMONT — Anthony R. Dibella, who is charged with murder after allegedly stabbing his sister on Thursday, told police he was “done with her witchcraft” and that he did it because she was “getting in the way of me communicating to God,” court records say.

Dibella, 51, was charged Thursday evening with second-degree murder and two counts of fourth-degree criminal possession of a weapon. He was arraigned in centralized court in Watertown and held in jail without bail.

He is accused of killing his 67-year-old sister, Wanda T. Paoli, at their home on Failing Shores Lane, where they lived with their mother, 89-year-old Rosemary Dibella. According to court records, Dibella allegedly stabbed Ms. Paoli in the head, neck and face repeatedly with a bayonet blade and a woodworking tool known as an awl, which is a small pointed tool used to pierce holes in materials.

State police said there was some sort of domestic incident before the stabbing. Then Dibella reported shortly after 11 a.m. that he had killed his sister, “because she was a witch,” according to court documents.

When the first trooper arrived on scene, he found Dibella standing on a wheelchair ramp at the front of the residence. When the trooper asked him what was going on, Dibella said, “Take a look, she’s right over there.”

Troopers then found Ms. Paoli lying on a side porch with several stab wounds and no signs of life. She was later pronounced dead at the scene.

Another officer checked inside the residence and found the siblings’ mother locked in a back bedroom. The officer broke the hinges off the door to get to her, and she was unharmed and unaware of what had happened.

Officers placed Dibella in handcuffs and were able to speak with him briefly, according to court documents. During this, Dibella said that people are “worshiping rocks and dirt instead of God.” He also told police, “I had to do what I did to her because she was getting in the way of me communicating with God.”

Dibella also asked officers if they were able to find the murder weapons. They said no, so he told them they were stuck to a table inside the gazebo. An officer later went in and found the weapons.

Dibella also spoke to officers about religious beliefs, Bible verses and other issues in the world, court documents say.

“I was done with her witchcraft,” he said, according to the documents. “My mother is a born-again Christian. I tried my whole life, but with her in the house it’s hard.”

According to court documents, Dibella also admitted to his brother, Russell, that he had killed their sister. Russell Dibella, who lives in Texas, provided police with a statement indicating he had heard a call on a police scanner regarding an incident at the family’s Failing Shores Lane residence.

He said he called his mother’s home phone number and she told him, “Let me call you back.”

About a minute later, he received a call from his brother’s phone and Dibella allegedly said, something similar to “She’s gone and I killed her.” As Russell Dibella attempted to obtain a phone number to send medical attention for his sister, Dibella called back about 10 minutes later and said he had already called police.

During that conversation, Dibella allegedly said “I killed her” and “I stabbed her in the head,” according to court documents.

A neighbor in the area, Callie Wilkinson, said Thursday that Dibella cared for his mother full time and that Ms. Paoli had come to help somewhat recently. She said that it didn’t appear that the siblings got along too well.

“I hope he gets the help that he needs,” Ms. Wilkinson said. “It’s a shame also because they have to figure out what to do with his mother, and I assume she’s down there by herself.”