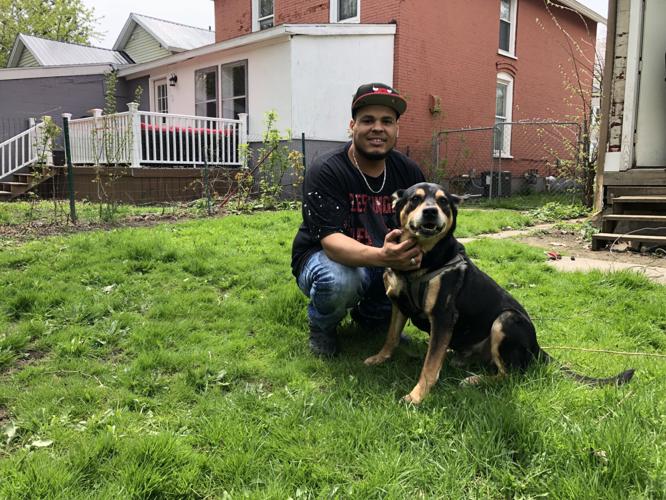 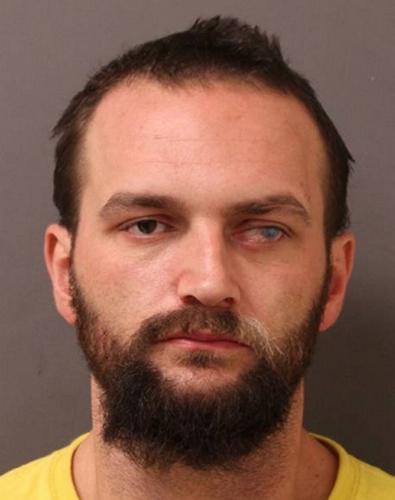 WATERTOWN — Jonathan Fisher opened his basement door shortly after midnight Friday and saw a man on the stairs. He held the man at gunpoint with his dog until police arrived.

Mr. Fisher, who lives on Mill Street, is still a bit shaken after the incident as his wife and kids were in the house, too. It’s highly possible that the man had been in his basement for hours.

The incident led to the arrest of James R. Jarrett, 31, of Creekwood Drive. Mr. Jarrett was charged with second-degree burglary, fourth-degree criminal mischief and violating probation after he allegedly broke into Mr. Fisher’s home at 544 Mill St.

According to city police, shortly after midnight, Mr. Fisher was in his bedroom when he heard some noises downstairs. He checked the front door, but no one was knocking, so he opened the door to his basement and saw Mr. Jarrett standing there. Mr. Fisher, according to city police, then slammed the basement door, locked it and dialed 911. Police said Mr. Jarrett “banged on the door until it broke open,” and was confronted by Mr. Fisher.

Mr. Fisher then waited in his kitchen with his rifle and dog until police arrived. When they did, Mr. Fisher put his gun down, kennelled his dog and let officers into the house to arrest Mr. Jarrett, police said.

Hours earlier, shortly after 8 p.m., Mr. Fisher’s wife, Rose, was home with their two kids. Mr. Fisher was at practice for the Watertown Red and Black semi-pro football team, for which he plays defensive tackle.

Rose said that shortly after 8 p.m., she was in the living room when she noticed some police activity out her window, but she didn’t pay much attention to it. Shortly after, Brosco, their dog, started barking toward the back of the house.

When she went back to look, she noticed the door to their enclosed patio was open, but the second door to the outside was closed. She said she noticed that the basement door, which has a padlock on it and locks from the outside, was open as well. Both open doors seemed odd, but she convinced herself that she was just being paranoid and decided to close the back door and lock the basement door.

It turns out, at about 8:08 p.m. a city patrol officer driving down Mill Street recognized Mr. Jarrett and was going to interview him for an unrelated situation. When the officer started to pull over to stop and talk with Mr. Jarrett, the alleged burglar fled into the backyards of houses next to Mr. Fisher’s.

As a result, the Fishers said it seems clear to them that Mr. Jarrett was fleeing from the officer and went into their back door and then hid in the basement. City police say that is a possible explanation.

When midnight came around, Mr. Fisher said he had put his two kids to sleep and was sitting in bed when he heard the banging.

He grabbed his rifle, went downstairs and began looking around. His wife had mentioned the odd occurrences of the doors being opened, so he decided to open the basement door.

“I opened it and his face was right there,” Mr. Fisher said.

He said he shut the door and locked it on Mr. Jarrett quickly. That’s when he said Mr. Jarrett began begging him not to dial 911.

Mr. Fisher dialed 911 and told the dispatcher he had a gun on a man who had broken into his home, and he asked if dispatch could send someone over. Mr. Jarrett eventually broke the door open, but Mr. Fisher sicced his dog Brosco on him. Brosco barked at the door to the basement until Mr. Jarrett backed up and began crying, Mr. Fisher said.

“He deserves a lot of love,” Mr. Fisher said of Brosco.

Police arrived shortly after and took Mr. Jarrett into custody.

“I never put my finger on the trigger, and I never put a bullet in the chamber,” Mr. Fisher said. “I was never intending on shooting him.”

Mr. Fisher then called his wife and let her know what happened.

“My heart sank to my stomach,” Mrs. Fisher said. “I was freaking out. I was alone in my house with my children with this guy down in my basement.”

The Fishers are happy that the incident didn’t turn out worse than it could have, but the situation overall was frightening for their family.

“I’m still shaken about it,” Mr. Fisher said. “It’s unsettling that someone was in my house when I have my kids and my wife in there.”