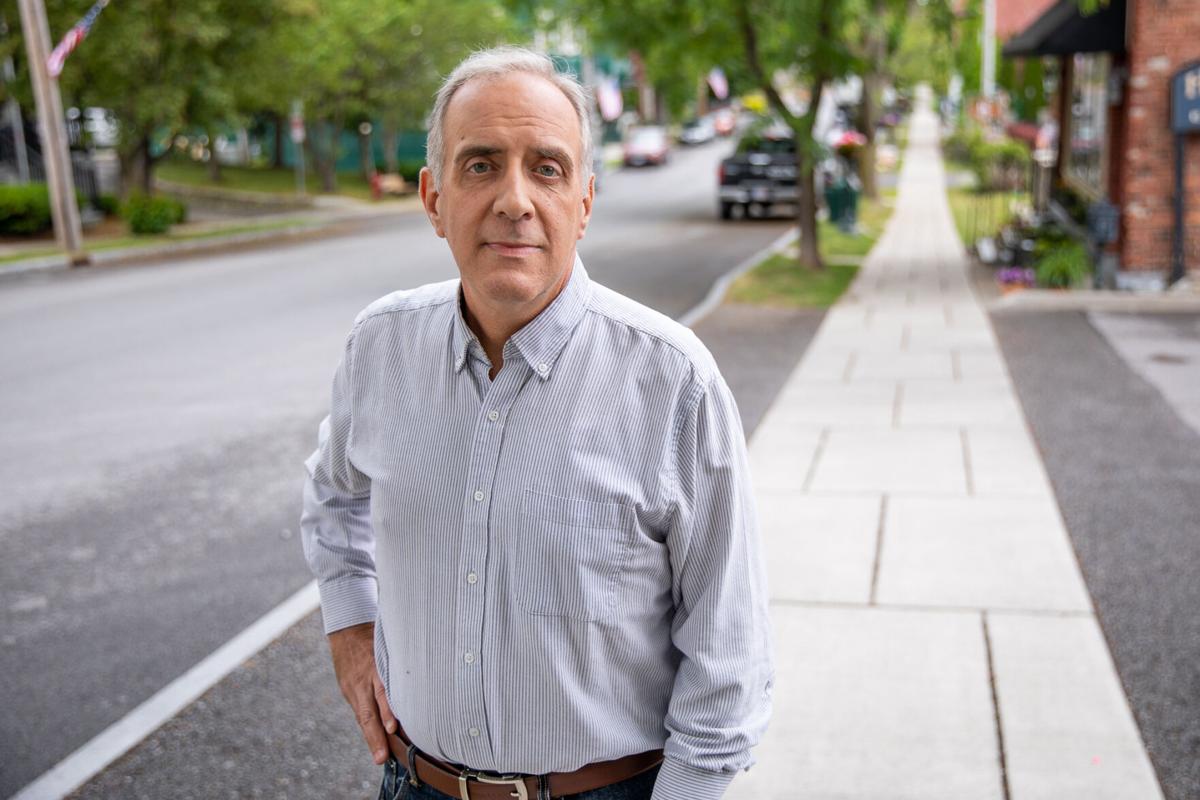 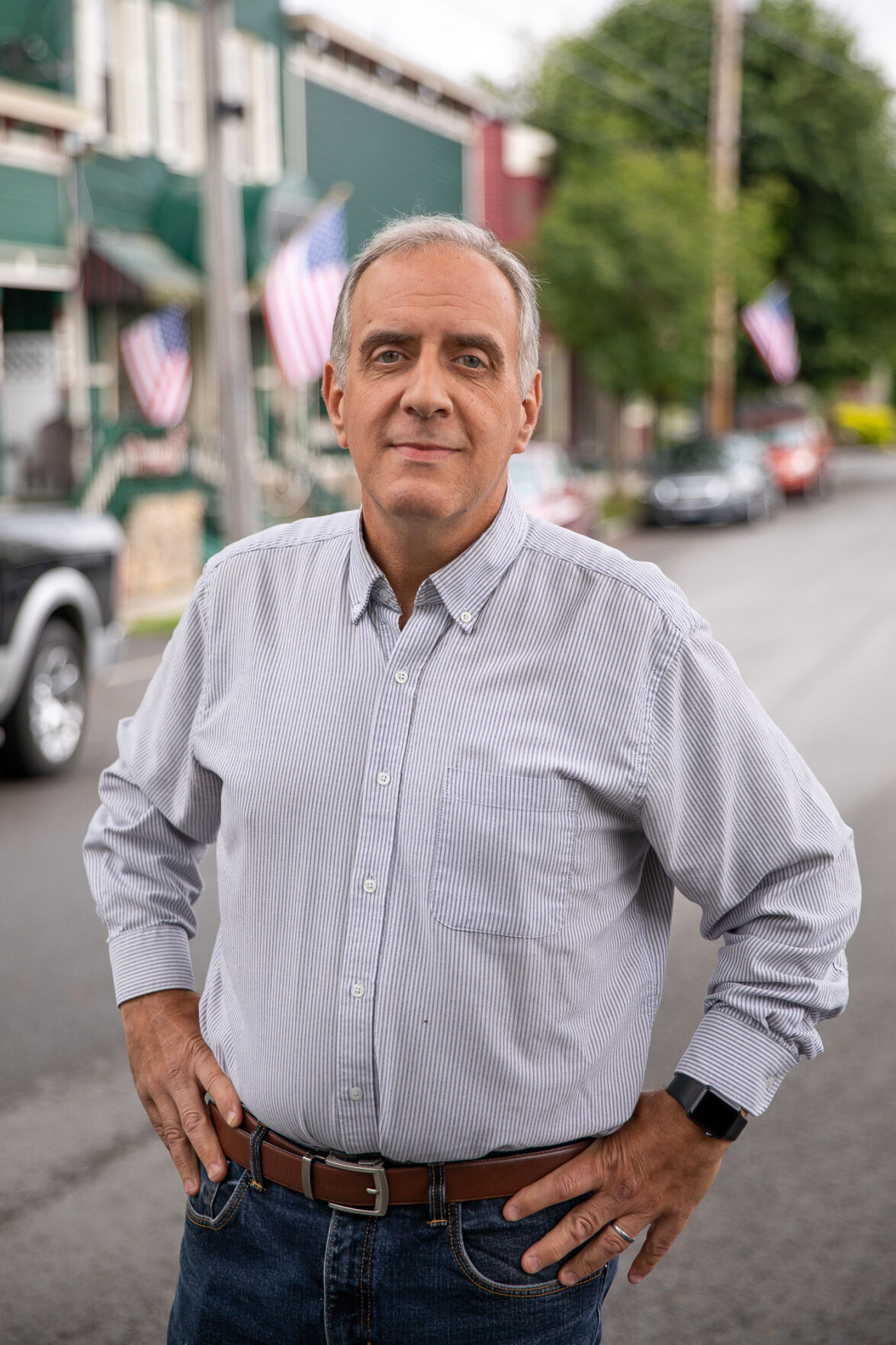 SACKETS HARBOR — Mark A. Pacilio says he knows this village, and he knows its government. That’s why he wants to serve as its next mayor.

Mr. Pacilio, a current village trustee who has been in and out of local politics since 1999, said he has seen the value and potential that can be achieved when a local government works in the best interests of its constituents. He wants to bring that spirit to the forefront in Sackets Harbor.

The 57-year-old has a long history in the north country. Originally from Utica, he moved to Sackets Harbor in 1999 to work as the executive director of the American Red Cross NNY chapter, and simultaneously became president of the Sackets Harbor Chamber of Commerce.

He ran a number of businesses in the village with his wife, and in 2003 was elected as a village trustee for the first time. After two terms, including one as deputy mayor, he went on to become former Assemblywoman Addie Jenne’s chief of staff.

After the Assemblywoman was voted out of office in 2016, Mr. Pacilio returned to Sackets Harbor and in 2020 made good on a promise he’d made when he went to Albany in 2008 — to return to the village government. He was elected back to the village Board of Trustees in 2020, and in early 2021 announced his plan to run for mayor.

Alongside his work as a trustee, Mr. Pacilio is also an adjunct professor of political science at Jefferson Community College in Watertown.

Mr. Pacilio said his experience, here at home and in Albany, has prepared him to work with the proper people to get things done for Sackets Harbor.

“I was proud, as a senior staff member with Addie Jenne, we were noted in the Assembly for having great constituent and local government work,” he said. “Constituent-level work, a key piece of it is understanding the area.”

In his run for mayor, Mr. Pacilio said he has a few key points where he would like to focus the village government’s attention. Firstly, he said he wants to see the village continue to support its tourist economy and facilitate coordinated efforts among downtown businesses.

He also said he wants to see Sackets Harbor’s housing stock continue to grow and said the village should push to market itself as an attractive place to start a family.

“There are two active neighborhoods building houses, and two more are on the rise,” he said. “Altogether there are four developments opening their doors soon, and we need to market that the residential community is growing.”

He said there’s no problem with the village being a bedroom community for nearby Watertown or Fort Drum, because any residential growth will still help to develop the village’s economy.

He pledged transparency from the village government, and said his administration would keep in touch with Sackets Harbor residents about what is being done.

“I can tell you right now, you’re going to get regular releases from us, from the mayor, on things going on in this community,” he said. “There’s a lot to be told, and we just don’t do that right now.”

Mr. Pacilio also wants to devote some time to village infrastructure. He said the village has done a generally fine job maintaining its facilities, streets, lights and water systems thus far, but it’s important that they start saving now for big projects in the future, namely the main water intake in Lake Ontario.

“We get our water from the lake, and that’s key because it gives us high-quality water relatively easily,” he said, “but while we have that luxury, we have to make sure we maintain it.”

He said the water intake is nearing the end of its useful life, and the village wastewater treatment plant will require attention in the future as well.

Mr. Pacilio said he views maintaining the village’s infrastructure as an integral part of the mayor’s job.

“Being mayor, it’s not just having these grand, big ideas for increased traffic downtown, it’s also managing every bit of our public works,” he said.

Mr. Pacilio said his long history in state politics, working in Albany, has given him a leg up on managing intergovernmental affairs. With the wide breadth of state investments coming into Sackets Harbor, like the Market Square Park renovation project funded by the REDI Commission, he said the next mayor of the village is going to need to have a good understanding of how to work with state government.

Mr. Pacilio also has some ideas for how the village’s public safety mission can be better achieved. Sackets Harbor has a small police force, and Mr. Pacilio said while they don’t have the fundamental problems that some larger cities and towns have had with their officers, it’s important for the village to be thinking about the future of policing.

While some people in the village may suggest the police department can be done away with entirely, Mr. Pacilio said he thinks it’s important to have a local police force, staffed by people who live and work in Sackets Harbor and know their neighbors.

“The idea of having a relationship with your local public safety officers, it allows them to better understand the root of whatever issue there might be and truly solve it,” he said. “We have to have a responsible public safety department, responsible in its size and its actions.”

Mr. Pacilio won the Democratic Party’s support in his run for mayor at the June caucus. He will appear under two party lines on the Nov. 2 general election ballot — Democrat and Sackets Strong.