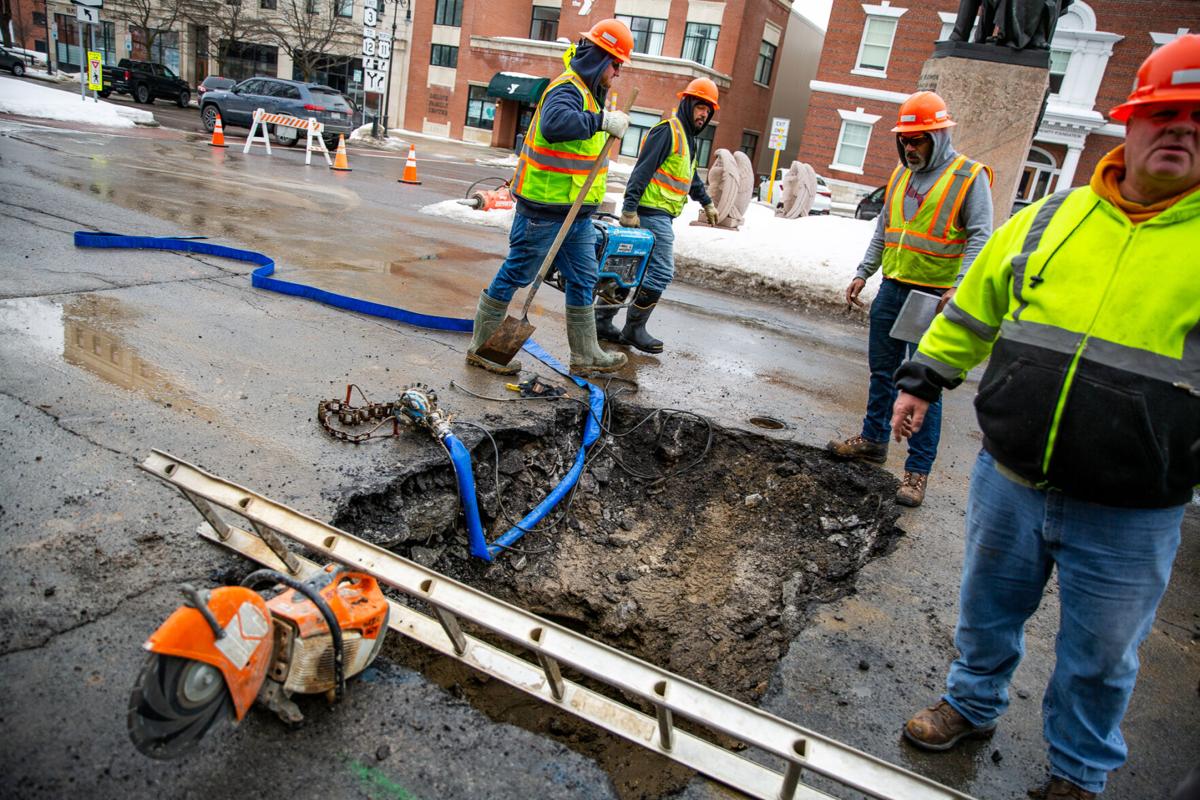 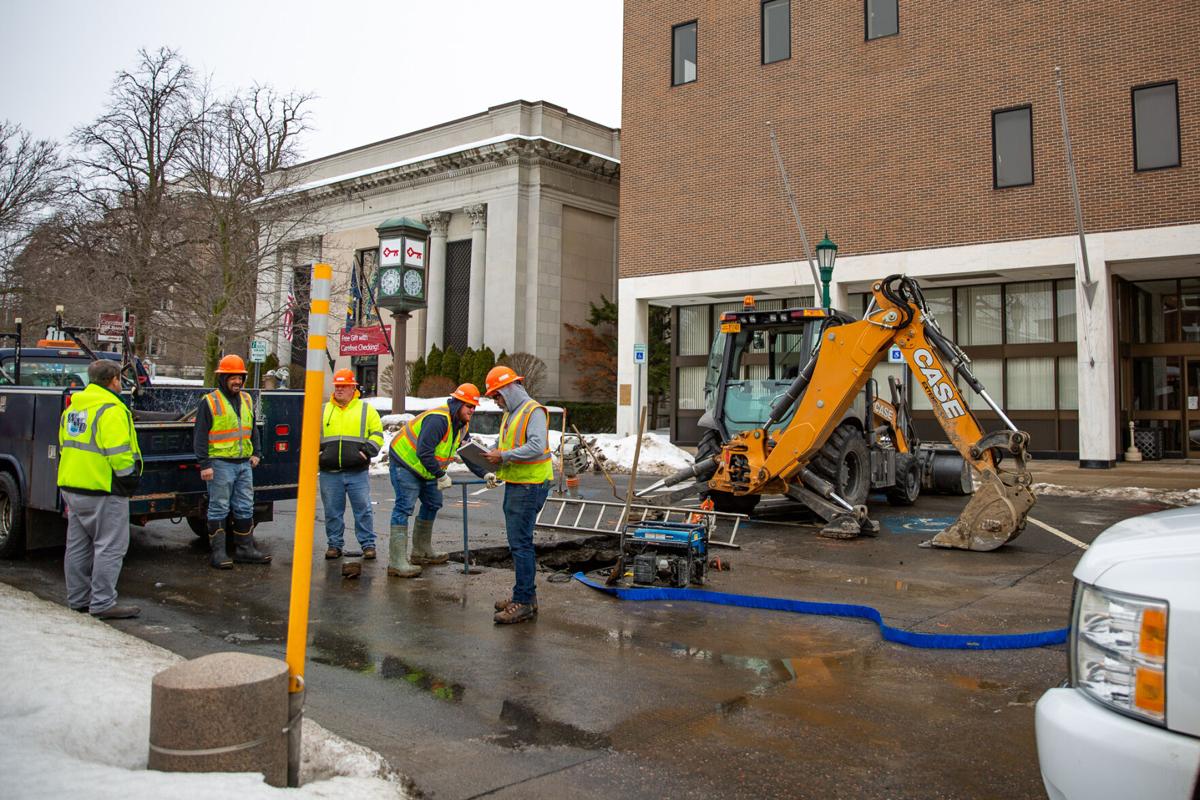 WATERTOWN — A water line on Washington Street broke at some point late Tuesday night, resulting in the road being closed and water shut off to a nearby bank. The water has since been turned back on.

Part of the northbound lane of Washington Street near Public Square was closed Wednesday morning as a city Water Department crew worked the scene. Detour signs point drivers to turn right on Stone Street and go around the block using Sherman Street.

It appears a service line running to KeyBank broke, which took away the water from the building.

The break had been fixed by about 9:30 a.m. Wednesday and water was turned back on to the building, crew members said.

The crew on the scene said the road would be reopened by noon as they were waiting for the roughly six-foot hole in the road to come be filled.