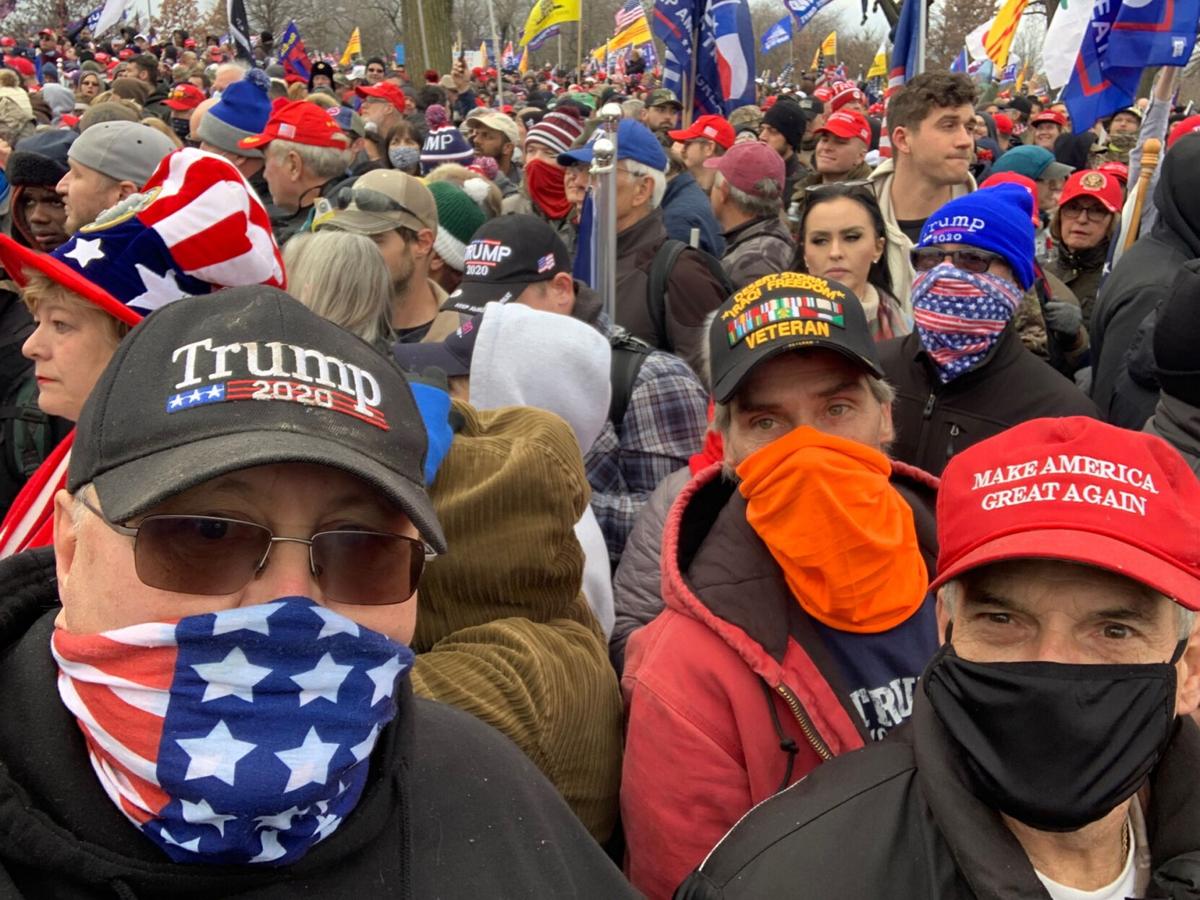 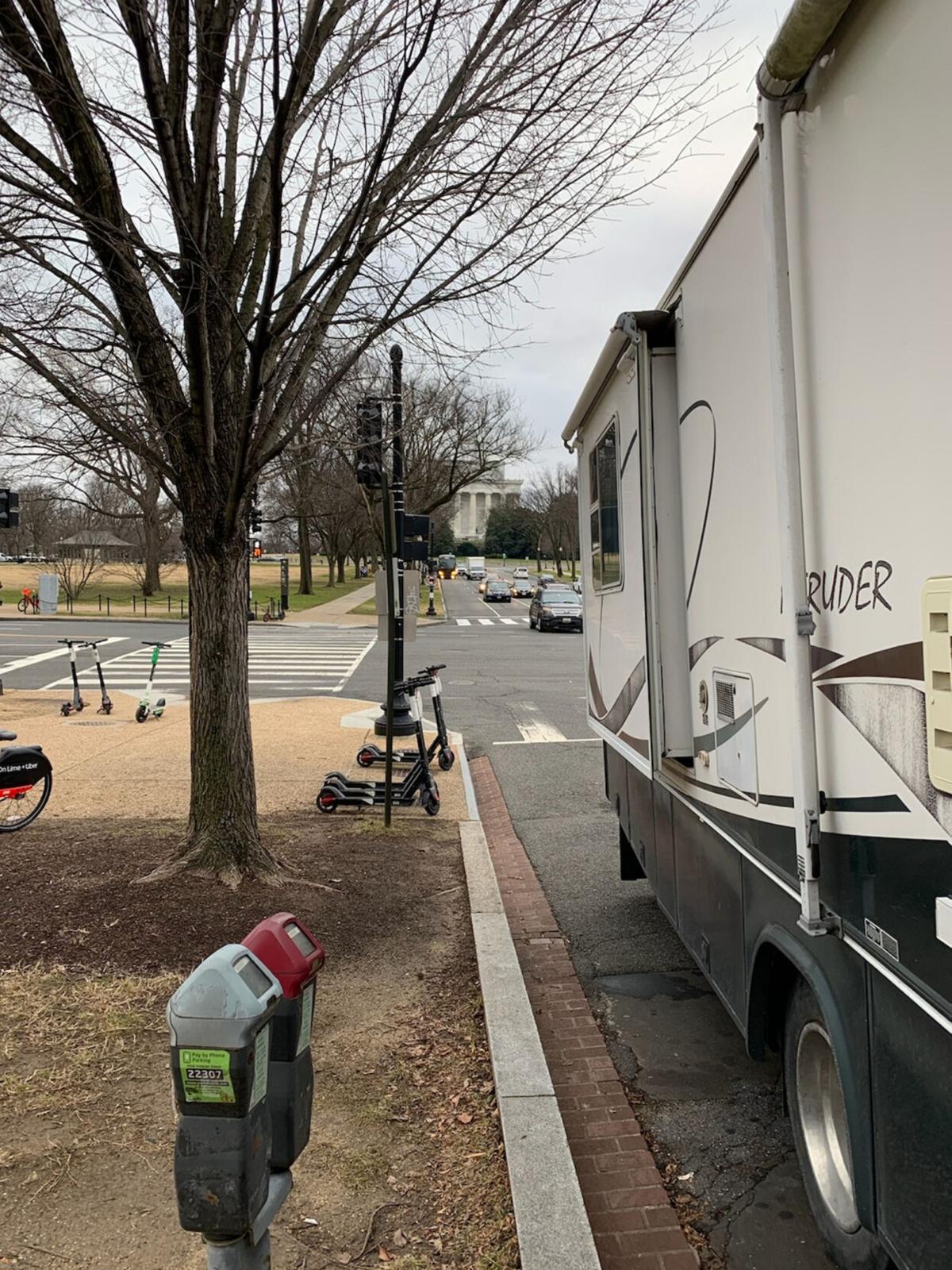 SACKETS HARBOR — With a few friends and his RV, Don Pitcher left for Washington, D.C., at about 8:30 p.m. Tuesday and drove through the night to watch the president speak publicly for what could be the last time while in office.

It was supposed to be a final chance to make his voice heard peacefully, but the ensuing chaos turned into what the Sackets Harbor man considers to be a tragedy beyond belief.

Five people are dead as a result of a group breaching the Capitol on Wednesday. It also left teachers everywhere, like at Indian River Central School District, with another giant task of helping students process the rapid and evolving flood of information.

At about 4:30 a.m. Wednesday, Mr. Pitcher, a registered Democrat who has lived most of his life in Jefferson County, parked his RV in Washington with a clear view of the Lincoln Memorial.

It was hours ahead of President Donald J. Trump’s rally to thousands of his supporters, during which the president would voice what they call the “stop the steal” of the election. Mr. Pitcher and his friends made ham sandwiches and grilled cheese sandwiches as they sipped coffee and passed some cups out to people walking by. The atmosphere was upbeat and energetic, he said.

“This, in my opinion, was just a last chance to see our president and support our president,” he said. “I’m still going to support whoever is in power, but I wanted my voice to be heard.”

He doesn’t like how Mr. Trump addresses people all the time, but he is happy with his results — namely the economy, peace deals and Mr. Pitcher’s overall view that the president put America first. As he watched him speak at the rally, Mr. Pitcher said his interpretation of the call from the president to march to the Capitol was to do it in a peaceful way and with respect for the authorities.

He said he could tell there was some frustration among the group as they walked toward the Capitol, but he still thought it was the best way to further their voices. Mr. Pitcher said he and his friends eventually broke away from the crowd, before a minority among the thousands stormed the Capitol. He and his friends went back to their RV, and it wasn’t until they were driving home later that day that they heard about the breach. It was something he would never condone, he said.

That there was never a real chance the election could be overturned was disappointing to Mr. Pitcher.

“It’s a done deal,” he said. “I don’t have to sign on to all his (President-elect Joseph R. Biden’s) policies. I hope that he does the right thing going forward with the country.”

Meanwhile, back home at Indian River schools, Vicki L. McCullouch, the instructional coach for K-12 social studies, was scrambling to make a plan for the department she heads. She spent Wednesday night into early Thursday on educational Twitter and online social studies groups. What she kept coming back to was it isn’t the time to have a debate, especially with the students.

The information is raw and scary for some, especially since many of the students have a military background.

“Some of them are thinking, ‘What is going to happen to mom and dad,’” Ms. McCullouch said. “If they were paying attention, that was probably the first thing that went through their mind.”

As a result, she put out a notice to her teachers saying the events on Wednesday would likely charge some emotion into some students, and to not broach the issue unless the kids ask.

If they do, then teachers were asked — without pushing their own beliefs — to examine what they know or show images, but to ultimately help students think critically.

“Really our approach came down to a lot of listening and taking our lead from the kids, knowing that information right now may be raw,” she said. “And generally speaking, at this point in the year, we know how students are going to react.”

and to heck funding for teachers we have struggled for 10 months to home school our kids because the school said " it will be safe" lol last memo we got 8 staff are Covid Positive at South Jeff....and yet they still have doors open because South Jeff Is Corrupt all the way to the Mayor Chatterton who only cares about Funding from GOVERNMENT and the fire dept....walk through Adams NY its a disaster...but they have brand new fire trucks and cop cars

Quisling had a booming economy, cut a peace deal with the Germans and sold Norway down the tube. He is vilified as a yellow twit.

I wonder how often he and his fellow attendees claimed every protester at Black Lives Matter were destroying cities, burning down hundreds of businesses, and the police just letting it all go on?

Take a long hard look in the mirror, at the facts, and wise up. Donald Trump has always told us exactly who he is. So many people got divided from facts, drowning in a pool of conservative propaganda, and fell for a grifter and liar.

I see polling that said 45% of Republicans are cool with what happened on Wednesday. Who knows how accurate that is, but there are a few coming to this forum and trying to write it off.

It’s nice to hear Mr. Pitcher is pro-police and pro-America and maybe he is or believes he is. You know who isn’t? All those Trump supporters who entered the Capitol. They’re pro-Trump just like Trump is. They like the symbols of America like the flag and national anthem because they can use them to attack people they disagree with like Colin Kaepernick. They’re pro-police when they think the police are pro-Trump. They weren’t too pro-police on Wednesday though, were they?

He doesn’t like how Mr. Trump addresses people all the time, but he is happy with his results — namely the economy, peace deals and Mr. Pitcher’s overall view that the president put America first.

Mr. Pitcher said his interpretation of the call from the president to march to the Capitol was to do it in a peaceful way and with respect for the authorities.

Right. Because that’s what mobs always do. The pitchforks and tiki torches are just for show.

And on “the Democratic Party leaving him.” So, he signed onto the party led by an obviously immoral conman liar. Who, even now, is the leader of the Republican Party because otherwise they have no leader at all. I’m good with it either way. If the GOP goes to the political graveyard with the Whigs it’s for the best.

The reason we have philosophies is so we don't need much time to process. We have the wisdom of experience, past events distilled into multipurpose concepts. Not a teacher, but I can suggest you might not have to be topical to address the background of current events without being specific about them. For instance, should caring a whole lot count extra? Or should everybody have an equal vote, even people for whom their preference is just that, a mild preference rather than fanatical, reality warping fixation?

I certainly support Pitcher's right to attend the rally... I agree with him on some of Trumps policies... he was naive on many others... obvious Trumps lies...I suspect believing the election was rigged...ignoring 50+ court cases... never wondering why qualified members of his staff quit then trashed Trump... Bolton, Mathis ...etc.. There comes a point where you either hang with him, or alone... Hey party line GOPers.... Are we great again yet????

You're a social studies teacher and you don't discuss with your students the gravest assault on the legislative branch of the American democracy in our time and arguably all of the nation's history? It's a perfect missed opportunity for a living education in the nature of society, political and social revolution, presidential power and its exercise and abuse -- to suggest just a few vital subjects dodged at Indian River...and how many other schools? The position taken at Indian River is a craven abdication of the teaching profession's fundamental responsibility.

I agree. Help them to learn that difficult subjects can be discussed peacefully. Show them that emotions can and should be controlled. Show them that discipline is possible and expected in a civilized society.

You're a social studies teacher and you don't discuss with your students the gravest assault on the legislative branch of the American democracy in our time and arguably all of the nation's history?

Ask those students how many think Trump would leave at the end of another 4 years. The Republicans were supporting President For Life Trump just like a Roman emperor.