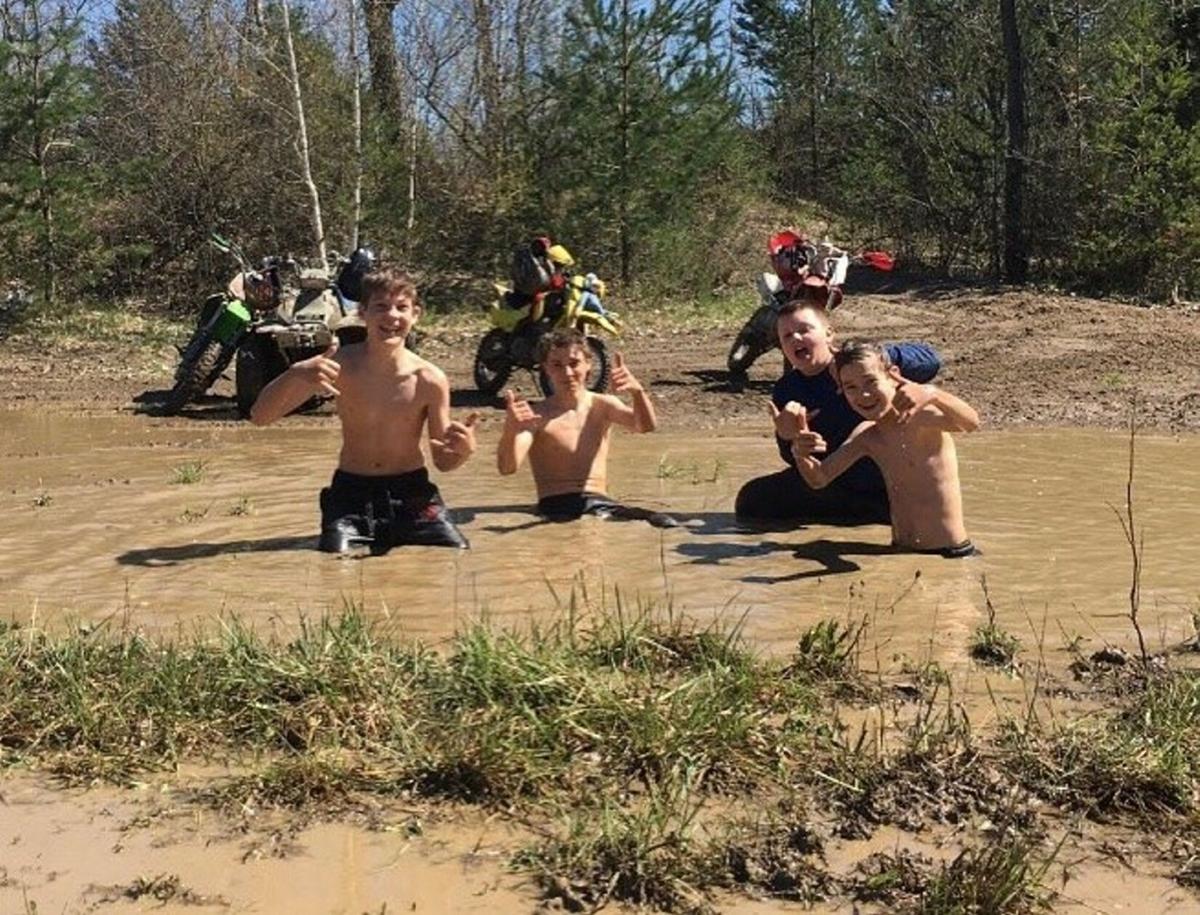 From left to right: Mason Boire, a friend, Zach Matla and Maddox Boire in 2017. The photo was taken days before Zach died from injuries in an ATV accident. Provided photo 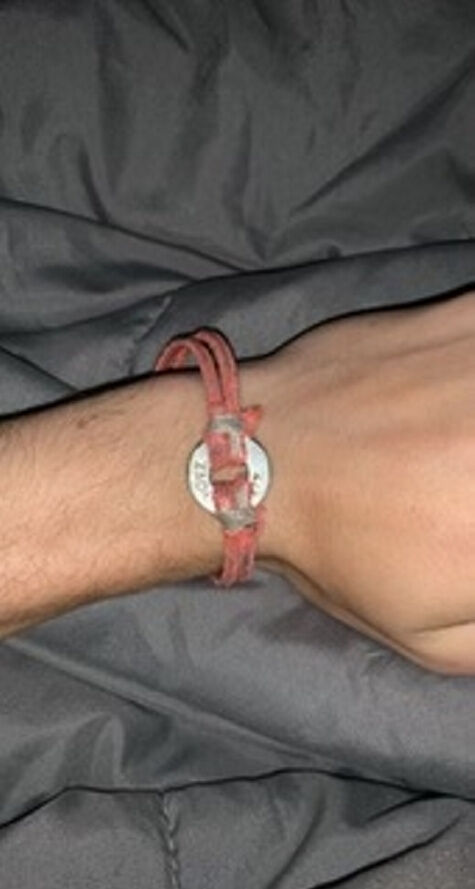 One of the memorial bracelets in honor of Zach Matla, who died following an ATV accident in 2017. Provided photo

From left to right: Mason Boire, a friend, Zach Matla and Maddox Boire in 2017. The photo was taken days before Zach died from injuries in an ATV accident. Provided photo

One of the memorial bracelets in honor of Zach Matla, who died following an ATV accident in 2017. Provided photo

SACKETS HARBOR — The search is on for a memorial bracelet lost on the village polo fields during the 1812 Shootout lacrosse tournament last weekend in Madison Barracks.

The bracelet, a metal ring engraved with “Zach 4/29/17,” now features a bright orange cord after being replaced. It was given to Maddox Boire, now 15, at his best friend Zachary Matla’s funeral following a tragic ATV accident in 2017.

The Boire family is from Elma, a town east of Buffalo, about three hours and 20 minutes away from Sackets Harbor. Both Maddox and his older brother Mason, 17, received bracelets at Zach’s funeral, along with two other close friends.

Maddox and Zach had known each other since before kindergarten, when Zach moved to the Elma area from New Jersey. Fast friends, they were always doing things together, along with Mason, and loved to be outdoors.

“Zach was a very nice kid, very polite when he was around us,” said Jason M. Boire, Maddox and Mason’s dad. “They lived to ride their four wheelers and dirt bikes together.”

He went on to describe Zach as a creative young man who was very outgoing and always brightened everyone’s day.

Though he was wearing his helmet, Zach died after severely injuring his head when the ATV he was riding overturned and he was pinned. He was 12 years old.

He and four friends were riding their ATVs at about 5:30 p.m. on April 26, 2017 trying to scale a hill in Elma when the accident occurred. Both Maddox and Mason were among the group, and all tried to help as best they could when their friend went down.

Their actions at the scene of the accident allowed his family to have a few more days with him to say goodbye and get closure, so the four were presented with the keepsake bracelets in memory of their fallen friend.

“The accident was very gruesome, for lack of a better term, the injuries that he sustained that day — his chances of survival were less than one percent,” Mr. Boire said. “They saved his life long enough for his family to have some time with him. If they weren’t there, or if they didn’t do what they had done, he would have succumbed right on the spot.”

According to Mr. Boire, his sons wear the bracelets all the time and have since they received them. A typical 15-year-old, he said Maddox doesn’t show his emotions, but as a parent he knows his son is upset by the loss.

Maddox played a bit of lacrosse when he was younger and had just started up again this year for high school, which brought him all the way to Sackets for the tournament last weekend.

“He wore the bracelet to the tournament and then realized on the ride home that he had lost it,” Mr. Boire said. “The gravity of it really didn’t hit me and my wife until the next day and we decided to try and do something. No matter how slim the odds are, we’ve got to try and find it.”

Sunday afternoon, Mr. Boire called the hotel where the family stayed in Watertown to see if maybe they had found it, and he emailed someone from the tournament and copied Maddox’s coach, which was about all the family could do short of driving back to Sackets to start looking themselves.

Members of the Facebook group “Lockdown in Sackets Harbor,” alerted to the loss by the parents of someone else who was involved in the tournament, have been out searching, but to no avail. While nothing has turned up yet, messages of support have been sent to the Boire family from those out looking and hoping for the best.

“I’ve gotten some good, heartfelt texts from folks that are looking and doing what they can, I did not expect that,” Mr. Boire said. “Every time I get a text or something with a 315 area code, I get excitement like maybe this is the one where they found it. But then when I read to text, they explain they haven’t found it yet, but the emotional support and the genuine caring that is expressed through each text leaves me not disappointed in one bit that it hasn’t been found.”

He and his family have been blown away by the fact that those in another community they don’t know have been out searching for the bracelet. In speaking with his wife the other day, he said even if the bracelet isn’t found, the support received will help to fill the void.

Maddox played on fields 1, 2 and 4 in the Barracks. The community is asked to call 716-796-5297 with any information regarding the bracelet and its whereabouts. There is a cash reward of $100 for whoever returns the bracelet.

“We want to thank everybody that has offered their support in helping us find this bracelet,” Mr. Boire said. “Obviously, my hope is that we’ll find it; the support and caring outreaches that we’ve received, that’s just as good or even better. Knowing not only we tried but everybody at that tournament tried, it goes a long way — that’s priceless.”