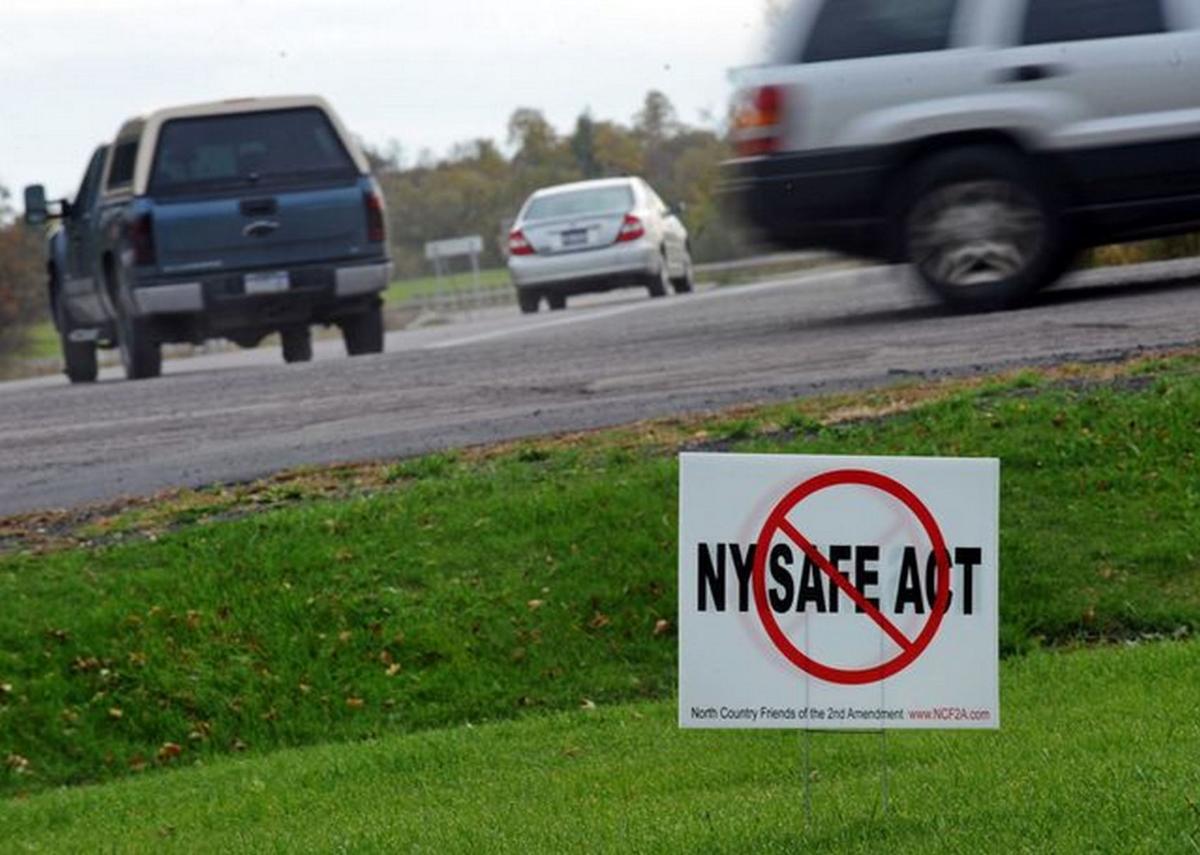 The 2013 New York Safe Act was the “major catalyst” for the local law to turn Lewis County into a “Second Amendment Sanctuary County,” in which “unconstitutional” state laws would not be enforced by county officials. Watertown Daily Times 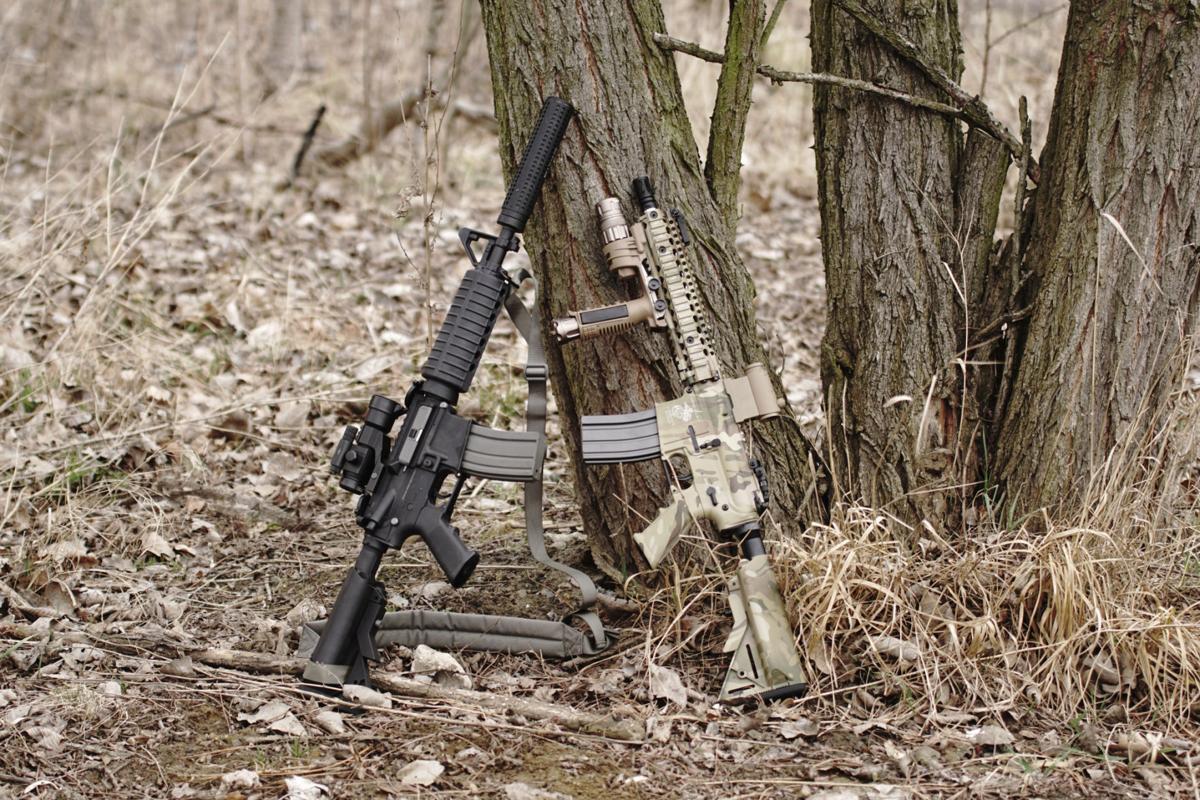 The 2013 New York Safe Act was the “major catalyst” for the local law to turn Lewis County into a “Second Amendment Sanctuary County,” in which “unconstitutional” state laws would not be enforced by county officials. Watertown Daily Times

WATERTOWN — A group of residents have begun pushing to make Jefferson County a Second Amendment sanctuary, mirroring efforts under way in Lewis and St. Lawrence counties.

Noah Latham, a soldier who has been stationed at Fort Drum for three years, created an online petition at Change.Org two weeks ago urging the Jefferson County Board of Legislators to establish a sanctuary. The petition has garnered more 2,035 signatures as of Wednesday afternoon, nearing Mr. Latham’s goal of 2,500. He said he has also left print petitions at about a dozen local businesses.

Recent gun regulation proposals from state lawmakers and inspiration from similar movements in neighboring counties and other areas of the country prompted Mr. Latham and his friends to seek a Second Amendment sanctuary for Jefferson County, he said. A few examples of proposed gun legislation that Mr. Latham said worries him include a state Senate bill requiring gun owners to obtain no less than $1 million in liability insurance and a state Assembly bill that would limit the sale of ammunition for assault weapons.

“Some of them are a bit draconian and are really overreaching,” he said.

While lawsuits have been filed to abolish the SAFE ACT, Mr. Latham said progress toward any conclusion has been too slow. He said he felt his friends could better address their concerns at the county level.

Mr. Latham said he plans to present all petitions and a proposed ordinance to the Jefferson County Legislature at its next meeting March 3.

Jefferson County Sheriff Colleen M. O’Neill released a statement about the effort to create a Second Amendment sanctuary on Wednesday.

She wrote that “eliminating or ignoring laws is not a luxury we enjoy,” referring to the state Secure Ammunition and Firearms Enforcement Act of 2013, or SAFE Act. Any request to alter state laws should be presented to state lawmakers, who have the sole power to amend them, she wrote.

“We, here at the Jefferson County Sheriff’s Office, support all aspects of the United States Constitution including, of course, the 2nd Amendment,” she wrote, but added that, “It is our duty to enforce the laws of New York State, as written.”

I'm trying to better understand how the safe act affects current gun owners. From what I have read, it only affects people who are known criminals and/or mentally ill. I've asked for answers but so far no one has responded If you are a gun owner, please help me and others understand why you are against it. Thank you.

BB - you'll wait a long time for a response... I'm a life long gun owner and hunter...50+ years..and the Safe Act hasn't had any affect on my life or enjoyment of firearms... I don't own, or need an AR...and never understood why anyone felt they couldn't hunt or protect themselves without one...there's plenty of self protection weapons available... My issue with this topic is how a small bunch of people try to decide that the rest of us have to abide by THEIR interpretation of the 2nd A..... frankly that's waaaaaay above their paid grade... and how would they feel if another group, with a counter demand wanted to ban all guns...would they comply, of course not... That's why we have laws...judges and court cases to interpret them.... I don't need some Saturday AM diner group interpreting law for me...

Remember when Republicans got all triggered because Obama said they “cling to guns and religion”? Why would he say that (ha ha)

Ever seen a Sheriff’s vehicle driving the speed limit? Just curious about them saying they can’t ignore laws.

Lewis County has 26,000 residents. More people live in college dorms at many colleges. However the college students will get jobs that pay taxes someday. Lewis County will continue to get older and the percentage of people on Welfare will only go up.

A person has to question the leadership behind the sanctuary efforts in Jefferson, Lewis and St. Lawrence counties. It seems leadership believes that their concerns are best addressed at the county level. They are correct-- county committee members will listen. Is that good enough for leadership? You want to spend the next several months vocalizing your concerns to county committee members? Or do you want results? Real leaders want results. They possess the skills to obtain them. Put on your thinking caps, collaborate with experts, prepare an impeccably strong defense, and take it to Albany. Spare us the ineffectual and useless drama at the country level. If you can't take the heat, get out of the kitchen.

ha ha ha "leadership." this stuff is all about a primal scream and nothing more.

The SAFE act is a great law, the model for gun laws. It doesn't violate second amendment rights. The courts have said so, other than one little part that was struck down. The liability law sounds disproportionate. How much do we require for cars and how many litigatable deaths and injuries do they cause, compared to guns? Most gun deaths are suicides, who is going to collect the insurance? Make me get a bunch of insurance for my one gun that I never use and I'll take it out of state and sell it. And that will suck, but I still think the SAFE act is fine.