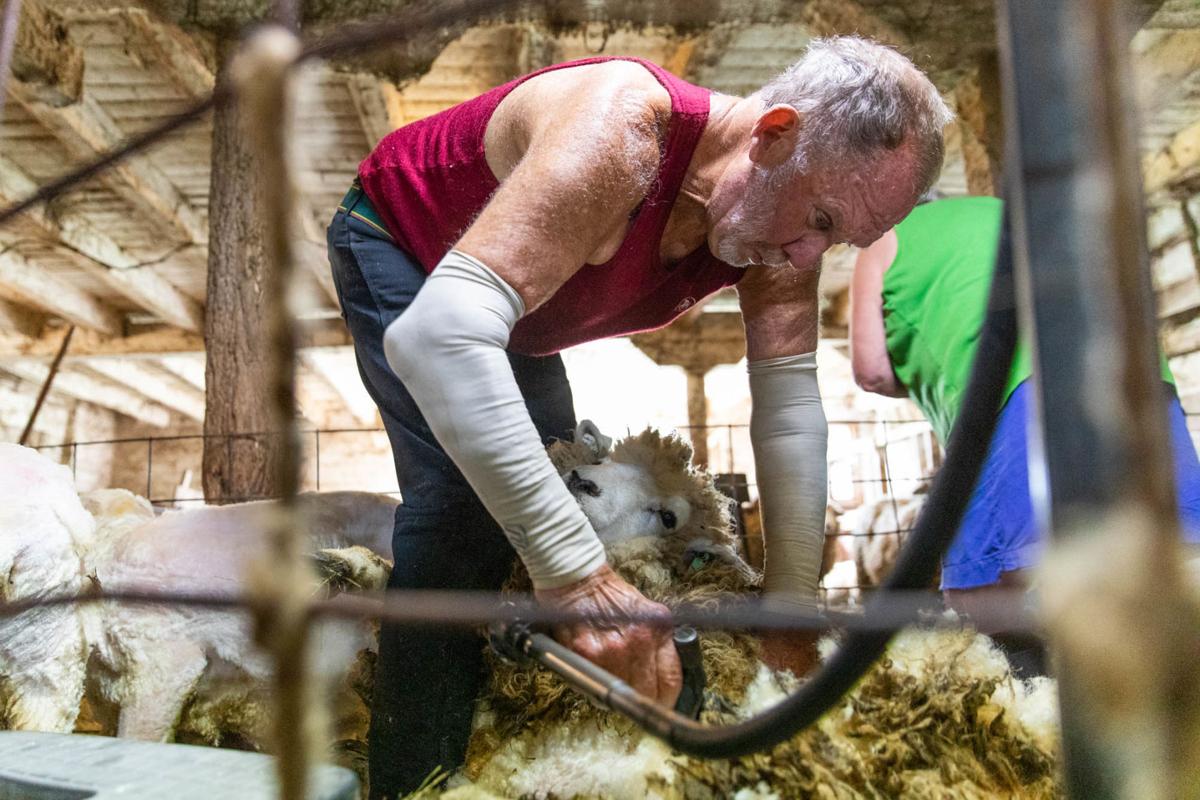 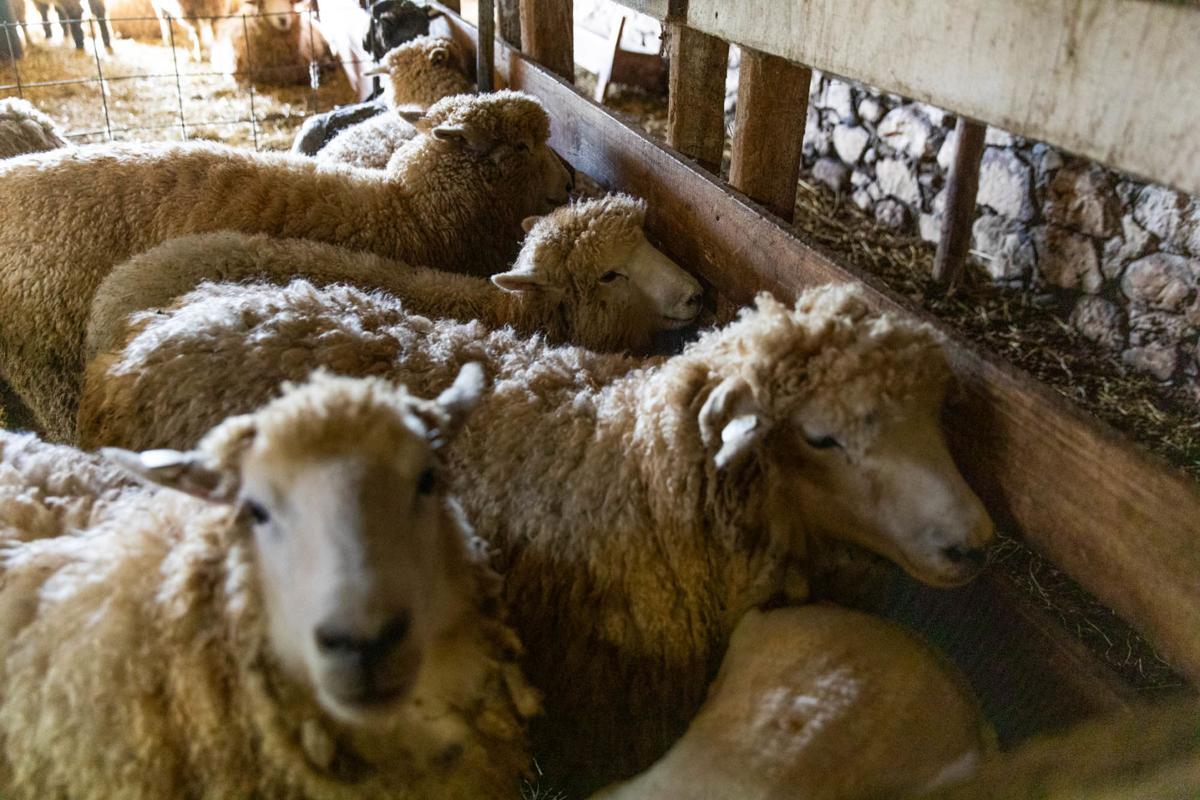 Janet Schrader's Romney sheep huddle together in their pen before being sheared on Saturday at her farm in Rodman. Sydney Schaefer/Watertown Daily Times 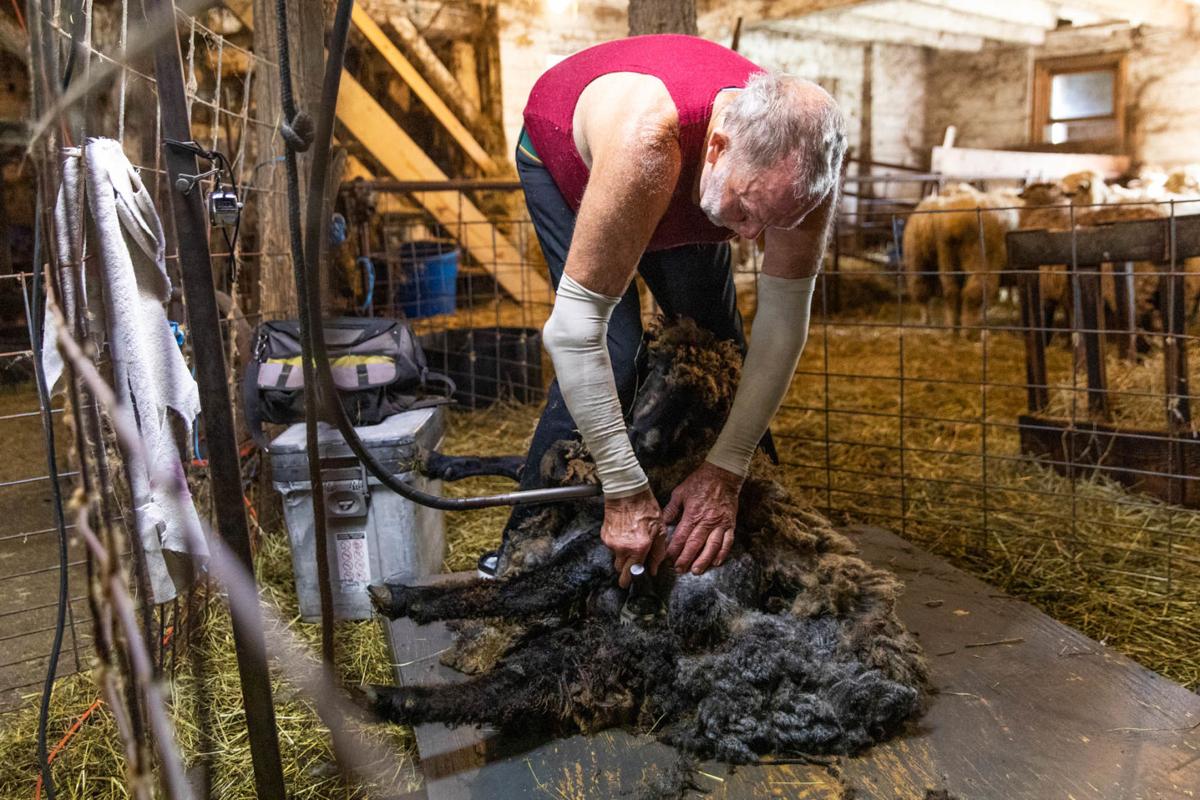 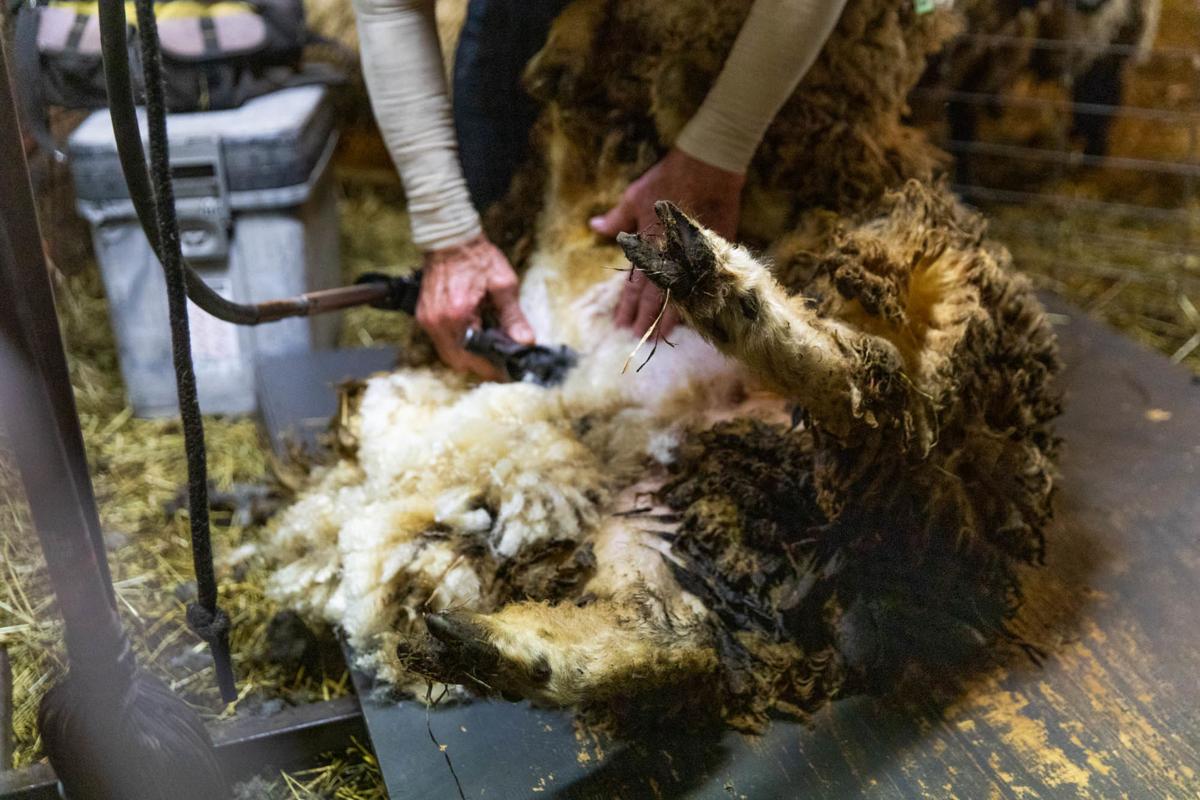 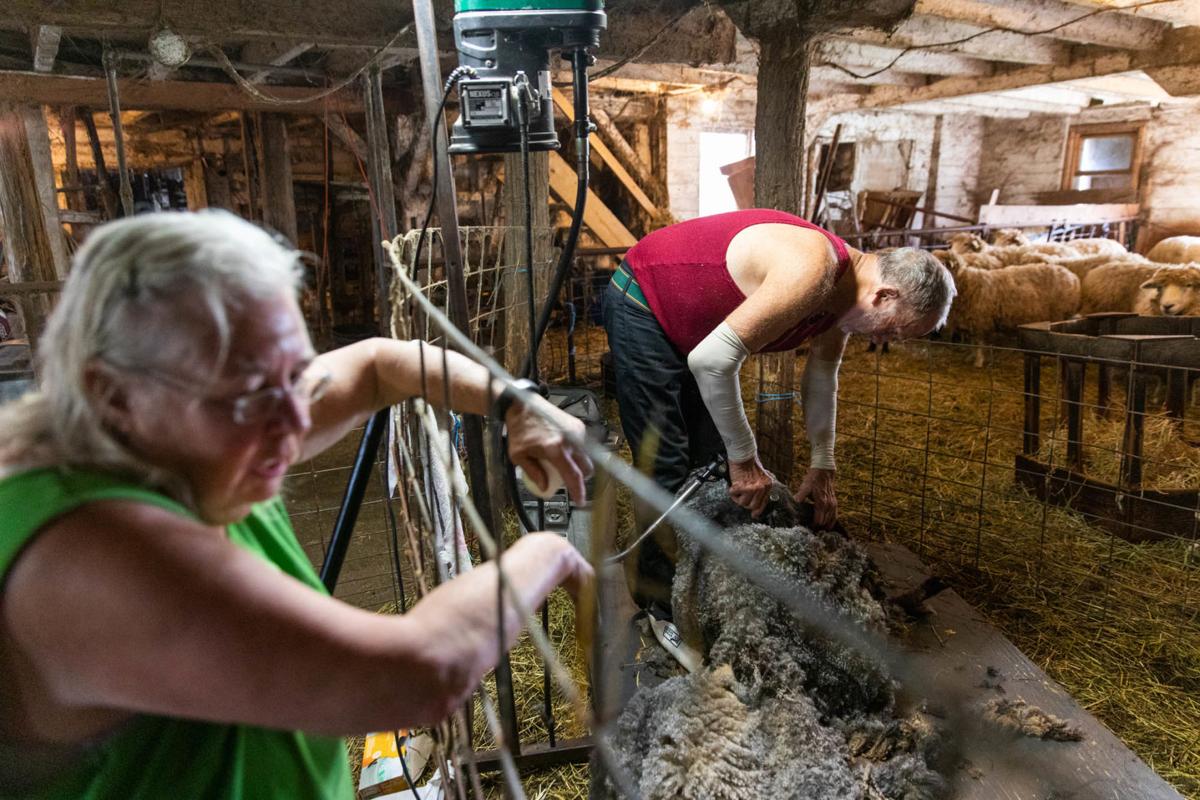 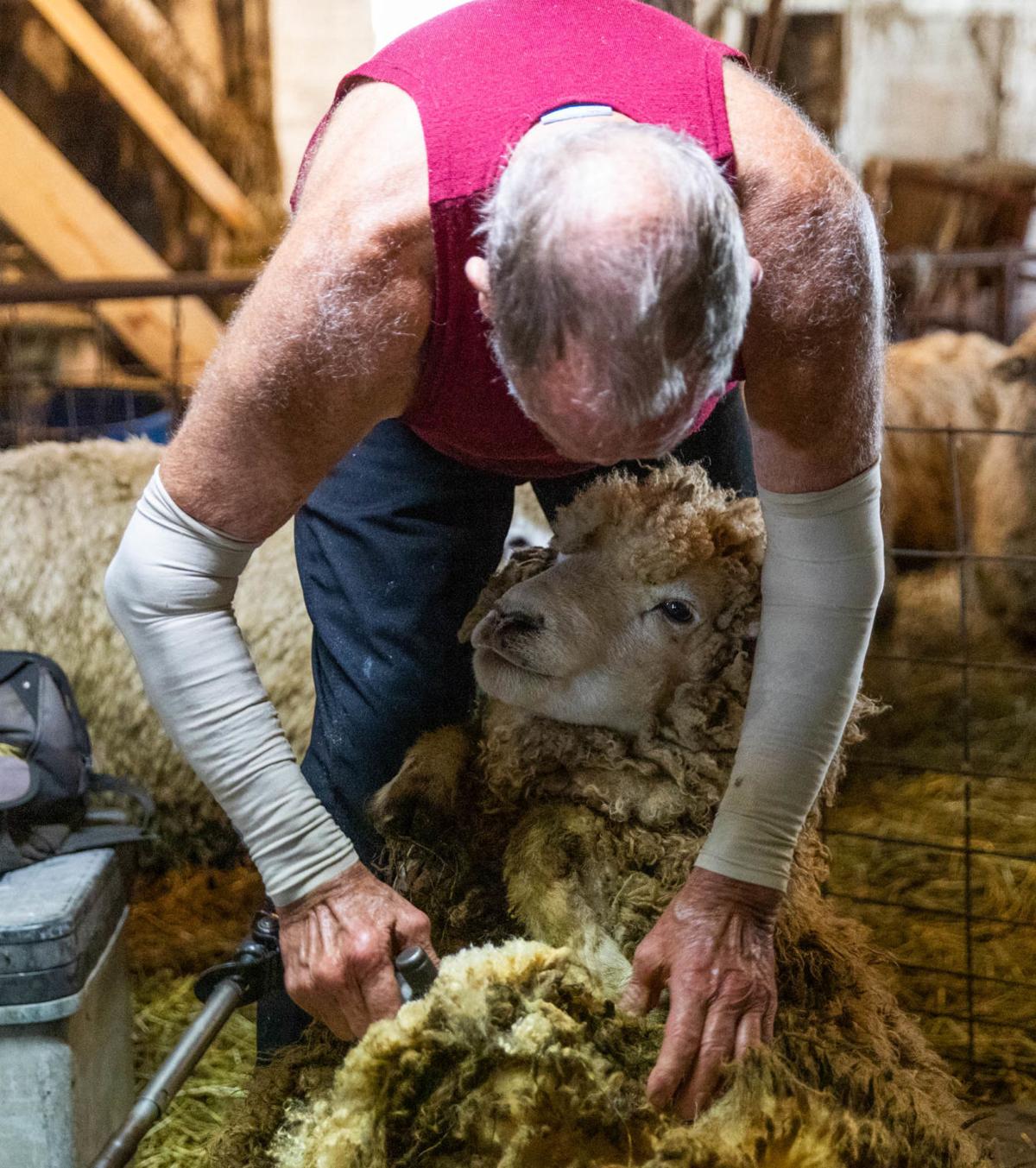 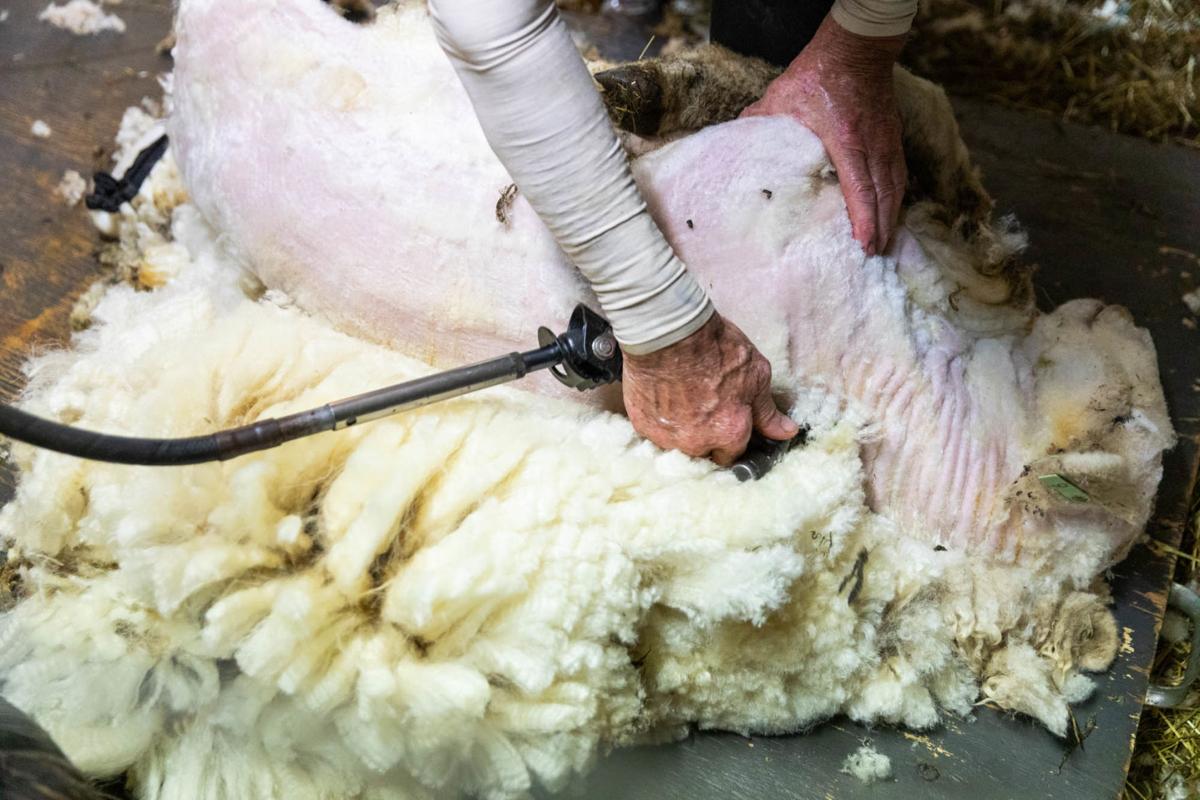 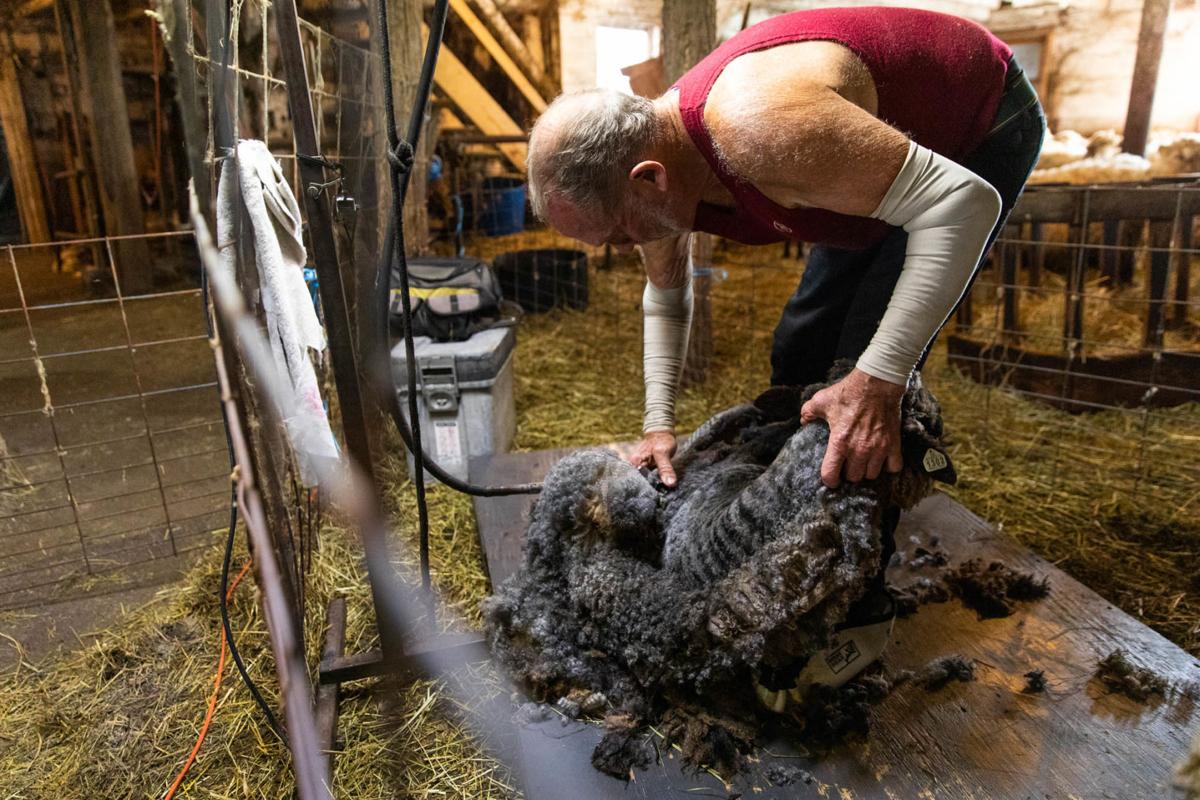 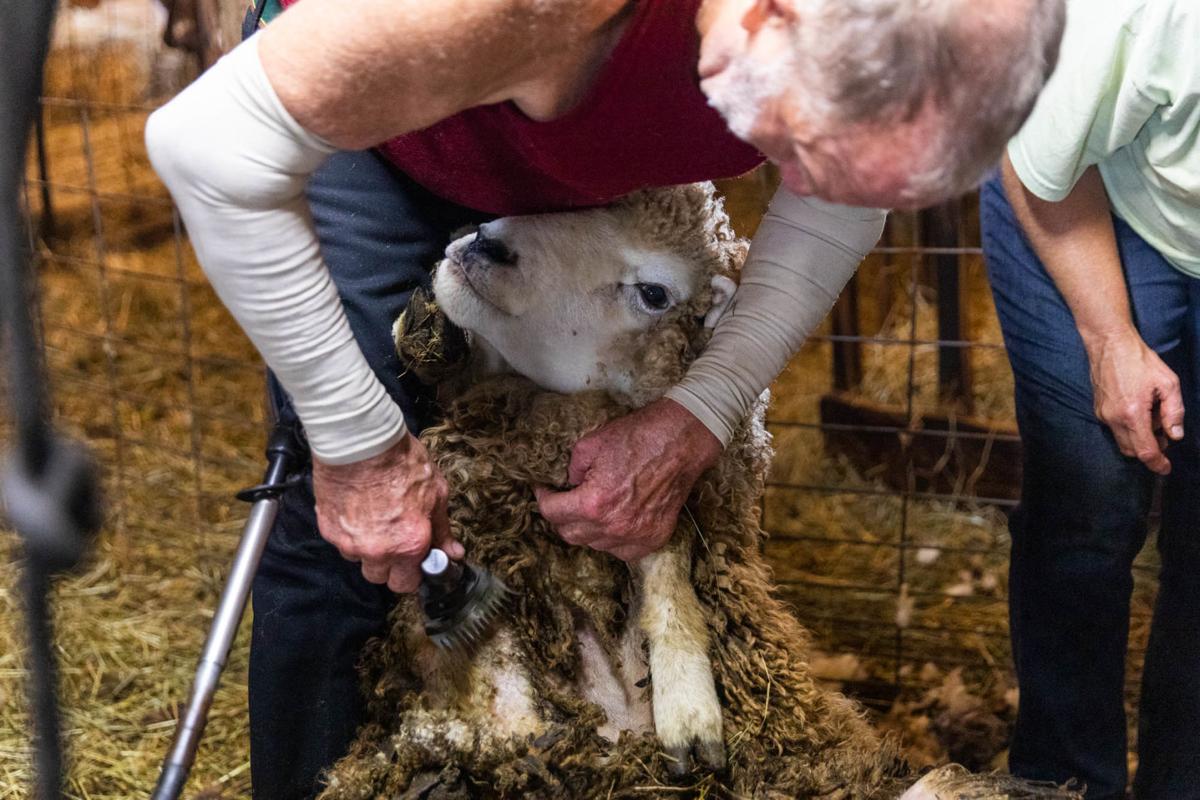 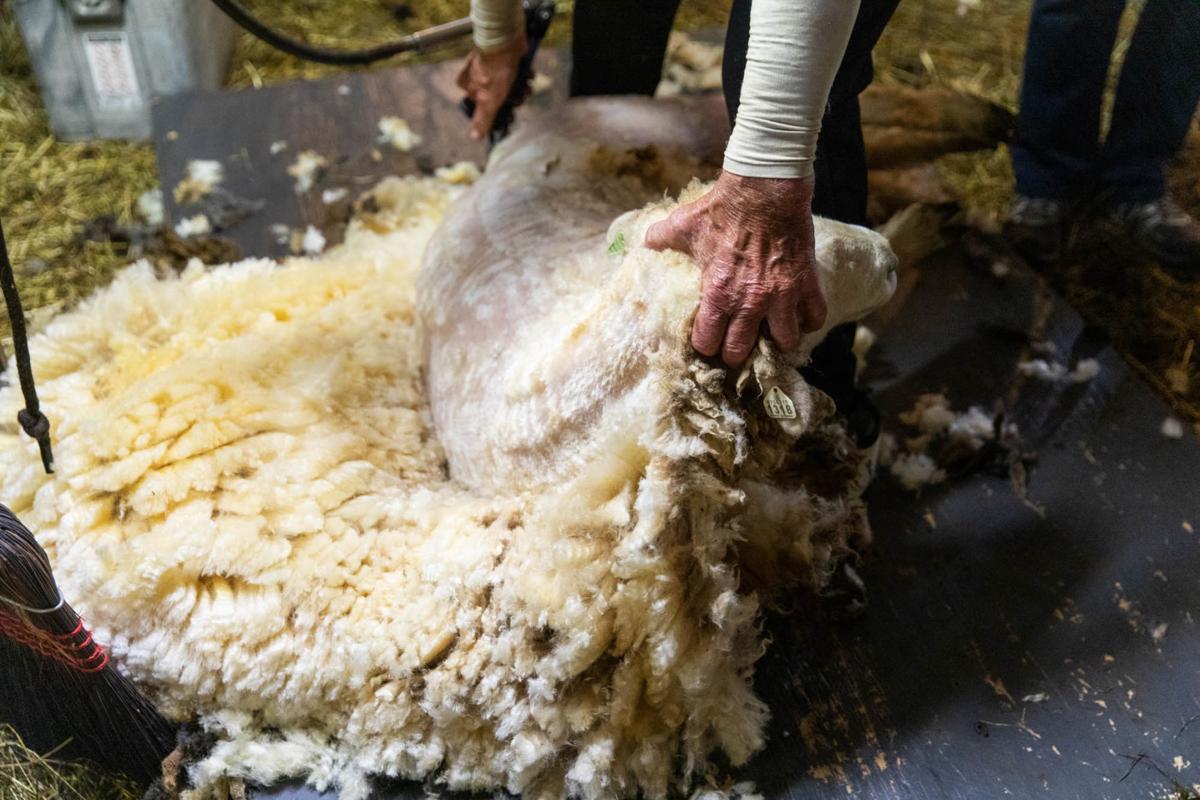 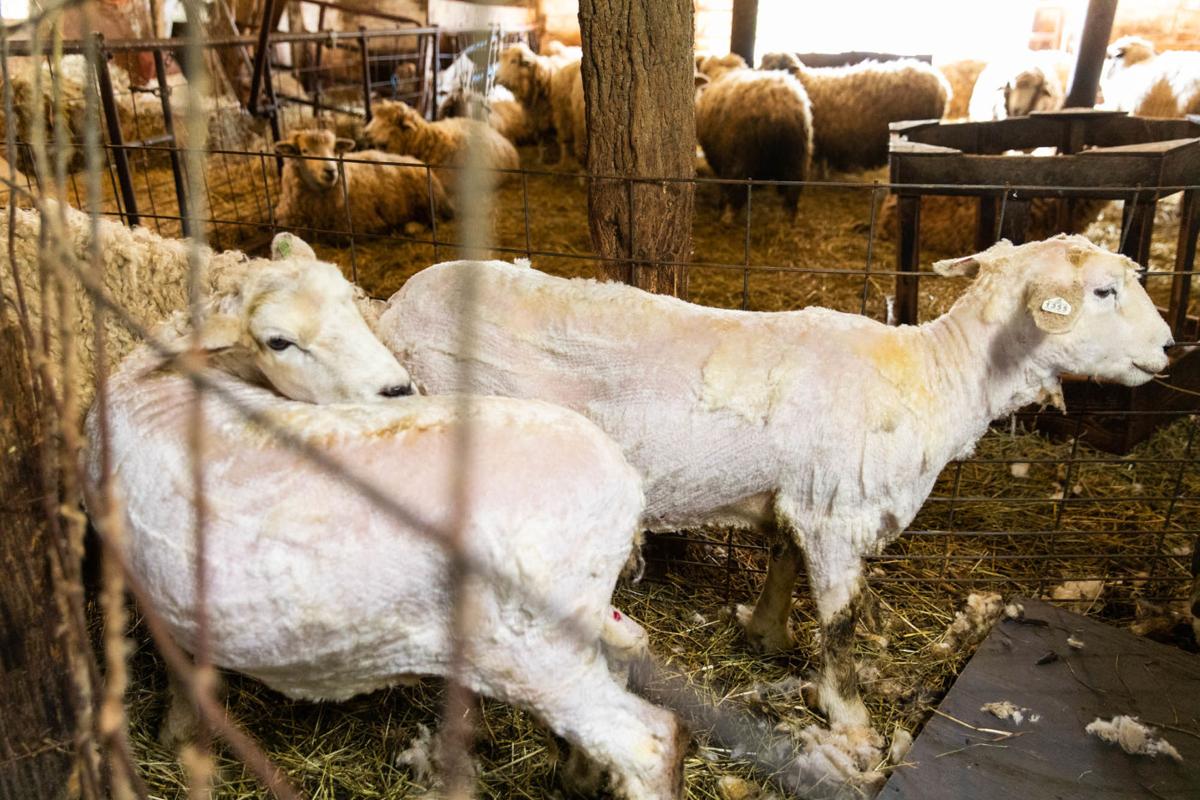 Janet Schrader's Romney sheep after they've been sheared on Saturday at her farm in Rodman. Sydney Schaefer/Watertown Daily Times 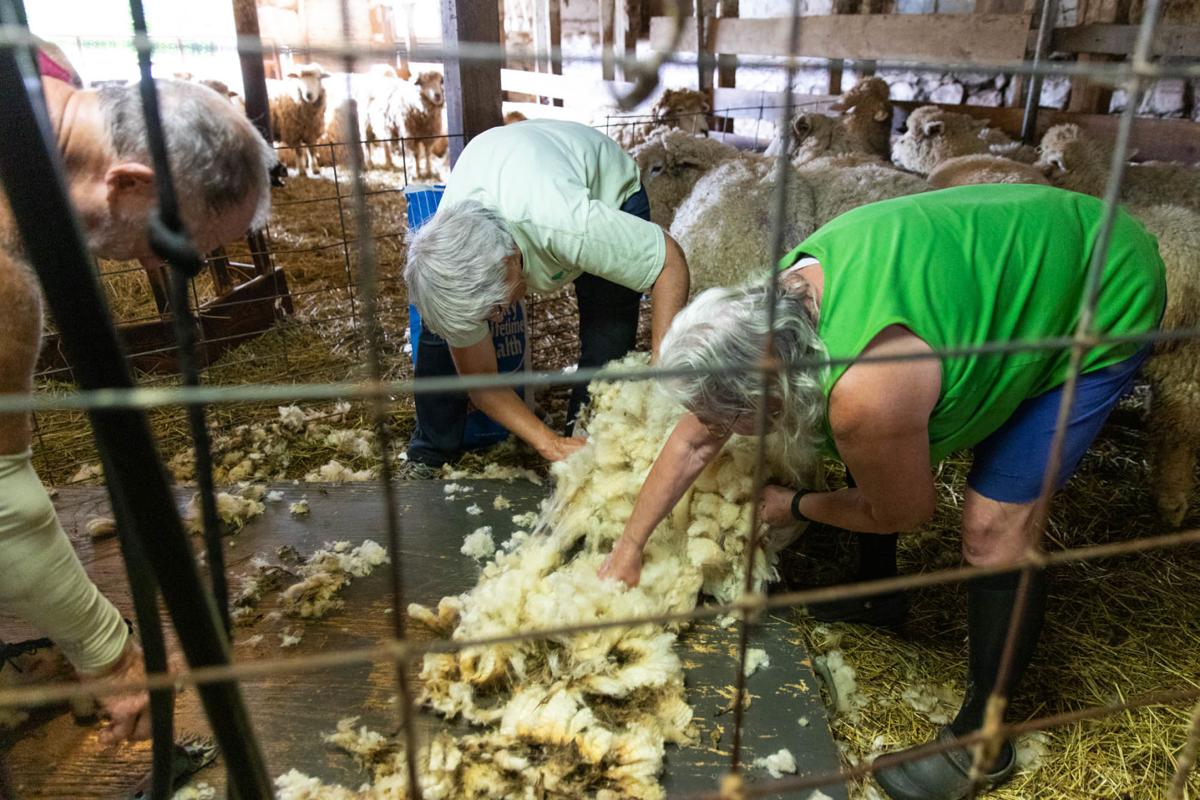 Janet Schrader's, center, gets help loading the wool from one of her Romney sheep into a plastic bag on Saturday at her farm in Rodman. Sydney Schaefer/Watertown Daily Times

RODMAN — Inside Janet Schrader’s barn, the distant sound of buzzing quickly grows louder as you walk deeper into the structure. Her 50 or so adult Romney sheep come into view after walking through a short hallway.

On this late September Saturday, Jim Baldwin, a seventy-something-year-old professional shearer from the Ithaca area, is hunched over a sheep, shearing a year’s worth of wool of its body.

To shear all her sheep, it takes nearly an entire day.

Baldwin arrived at Schrader’s home on Williams Road at around 9 a.m. They won’t be done until close to 5 p.m., and they don’t stop for lunch.

Baldwin’s been shearing sheep since the early ‘90s, he said. For about 10 of those years, he’s been making the roughly two hour trip north to Schrader’s farm to shear her sheep.

When asked why she doesn’t shear her own sheep, Schrader’s responded, “I’d rather have a professional do it.”

Schrader’s one of the few sheep farmers in the area, but she wasn’t always.

22 years ago, before she became a sheep farmer, she was a dairy farmer with her father prior to his retirement.

“I think they're nice animals for retired dairy farmers,” Schrader said. “They're my children.”

Sydney is the multimedia manager for Northern New York Newspapers. She handles all things photo, video and digital content related. Originally from the suburbs of Philadelphia, Pennsylvania, she has made the north country her home away from home.

I have a high regard for Janet Schrader. She is a farmer to admire.