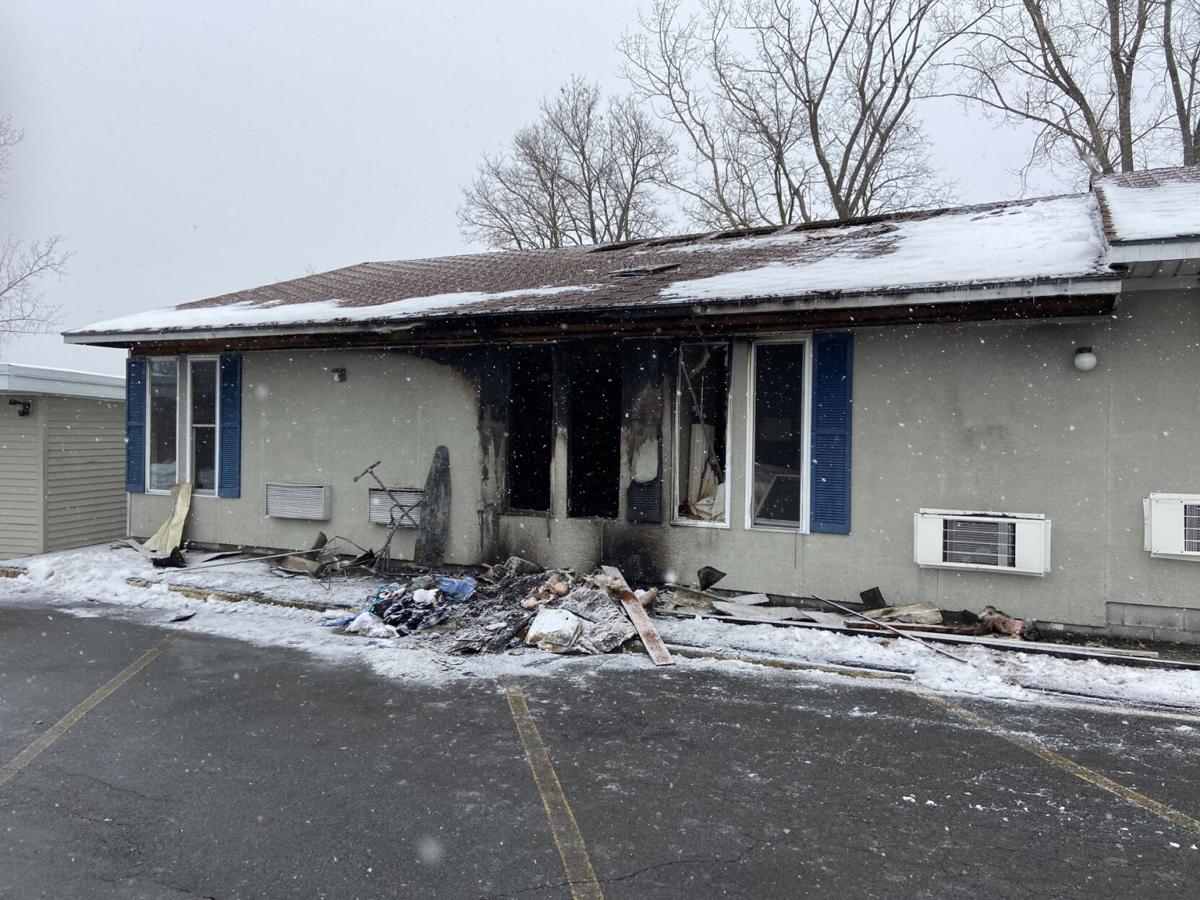 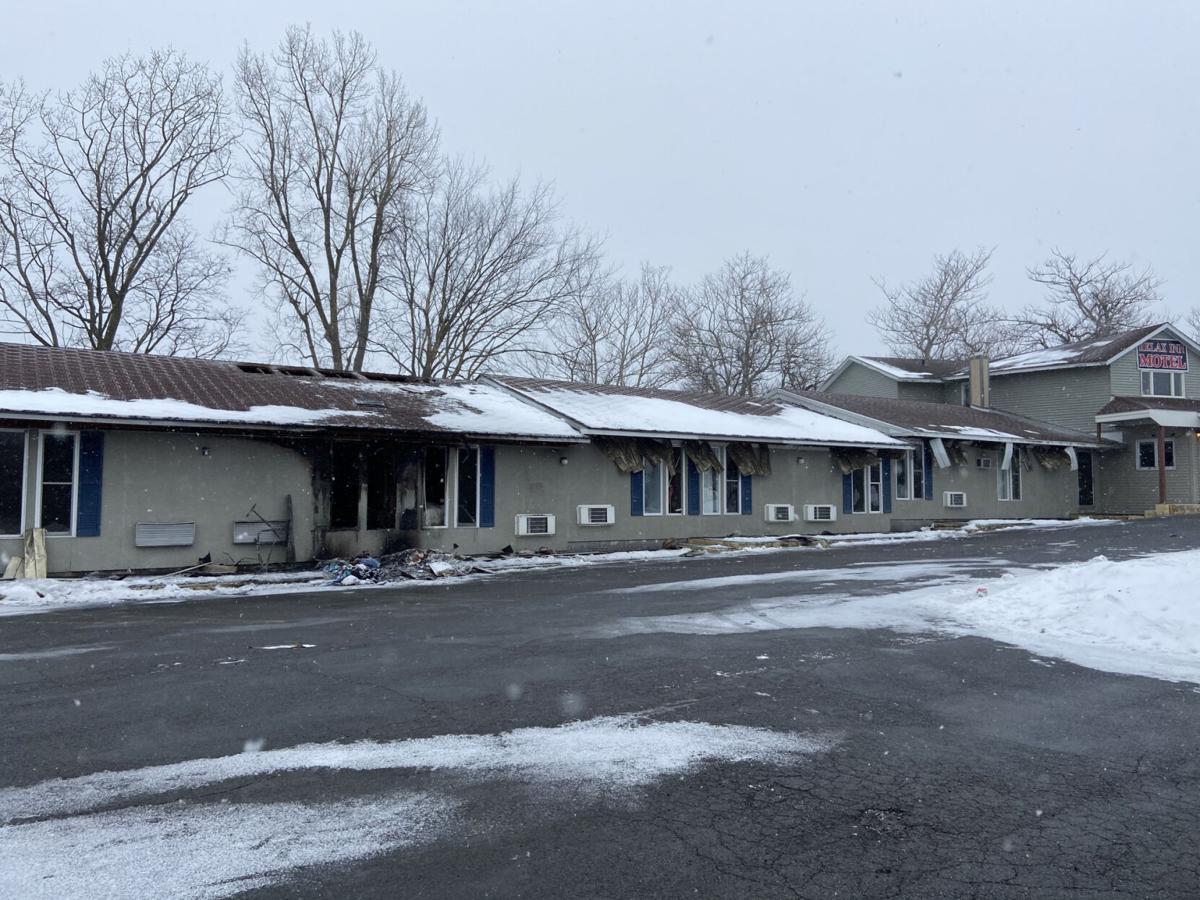 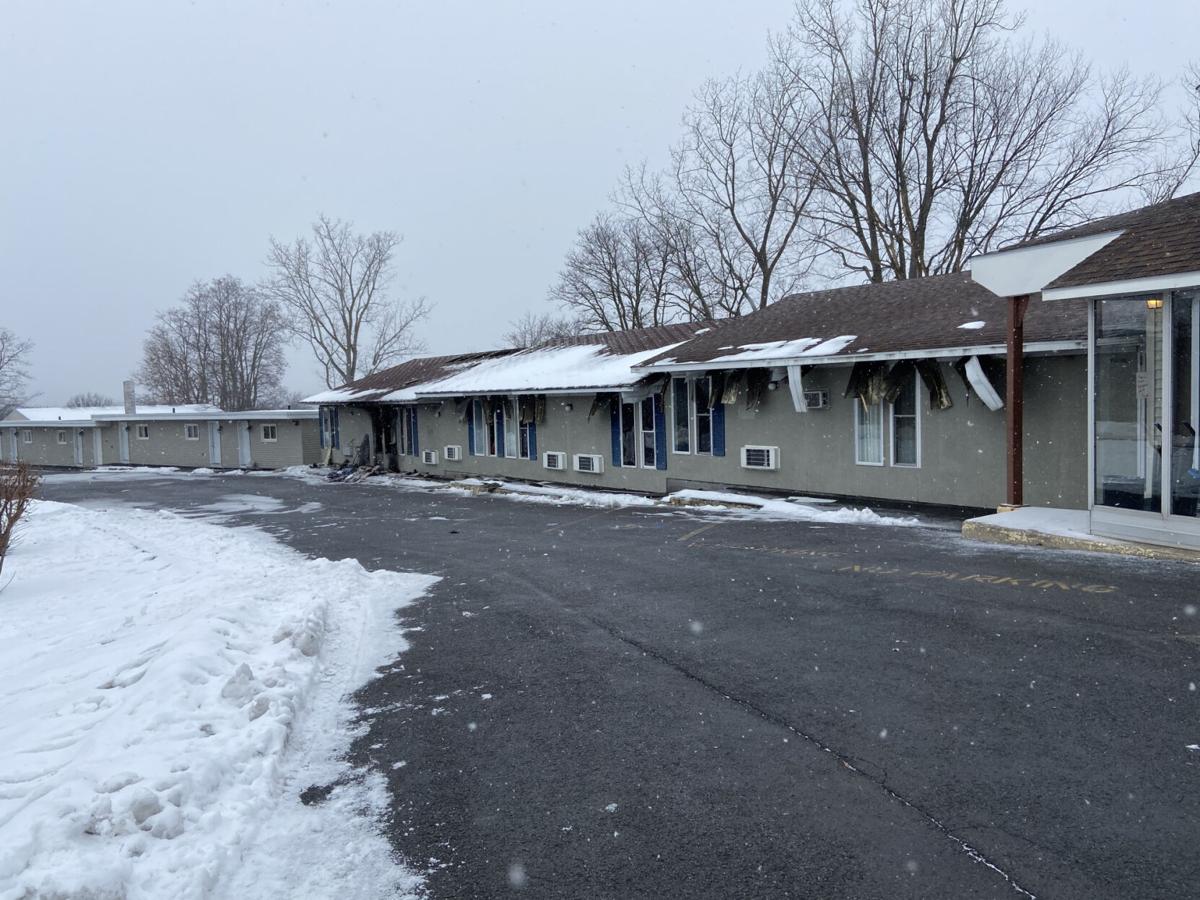 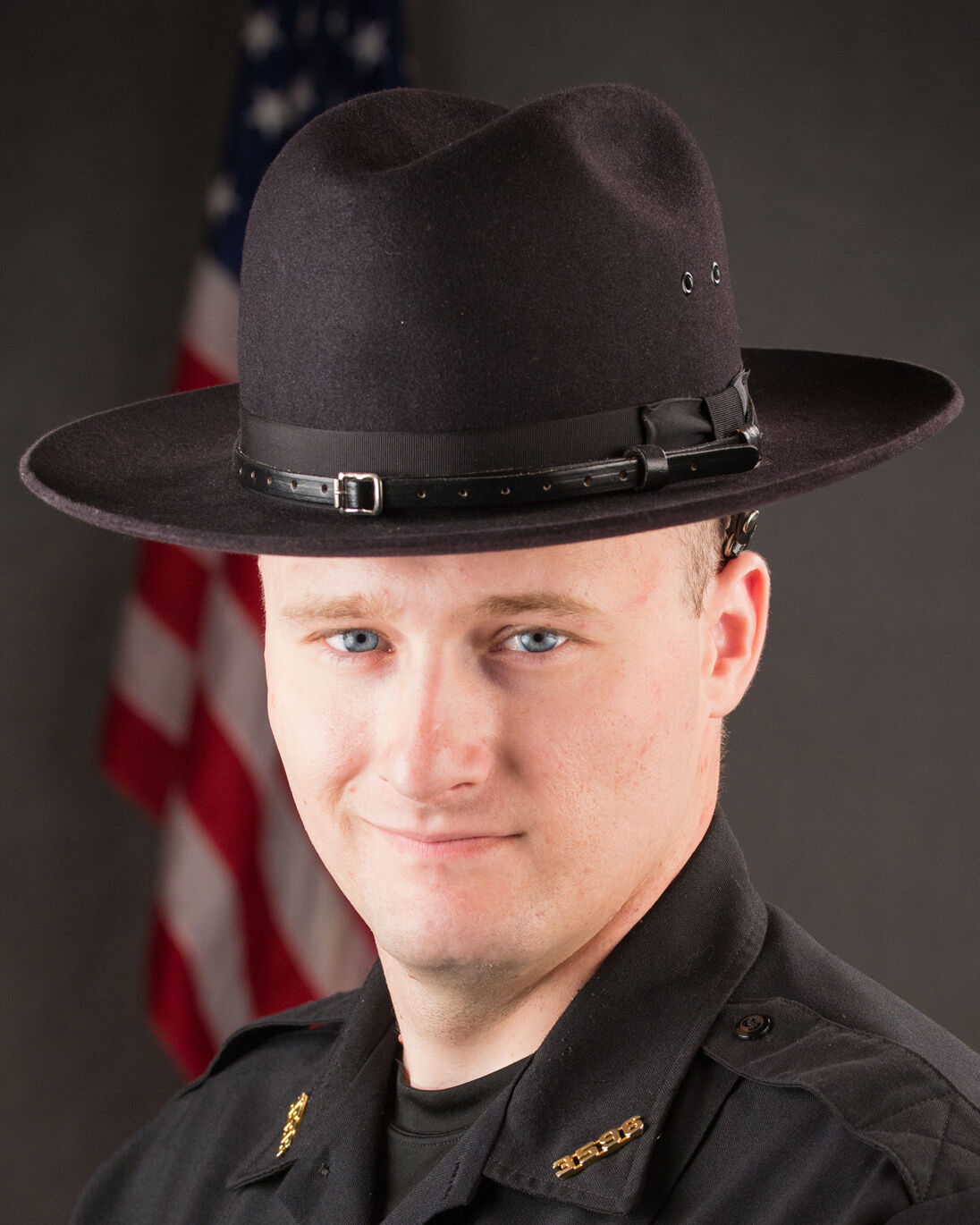 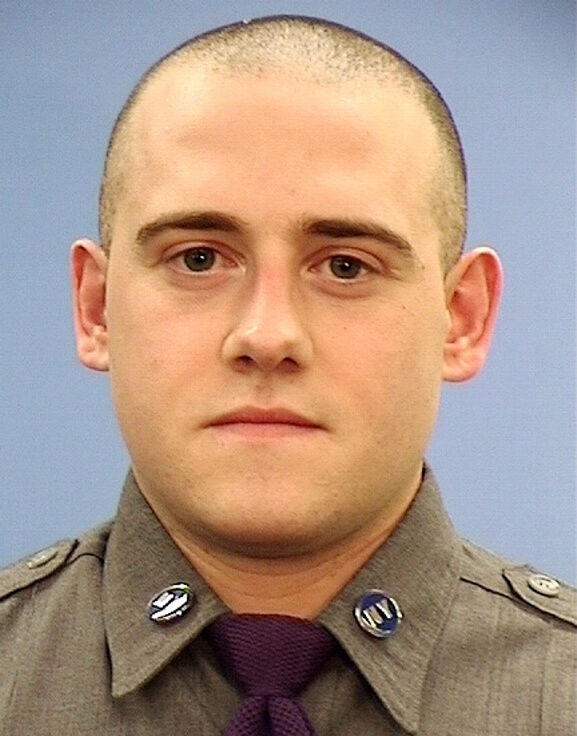 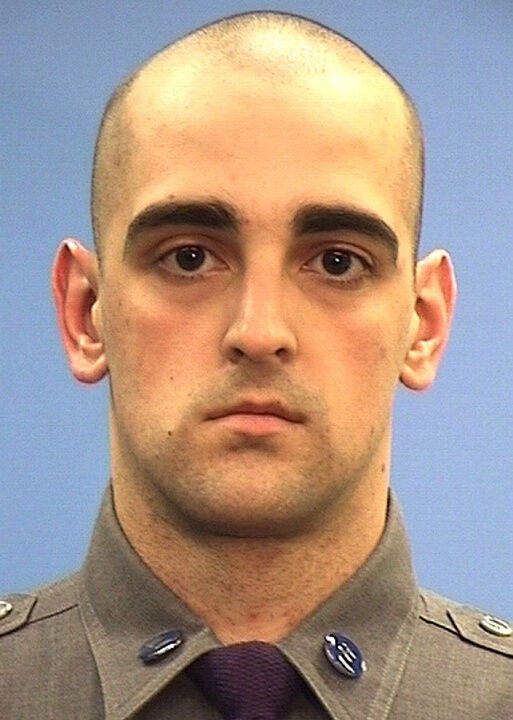 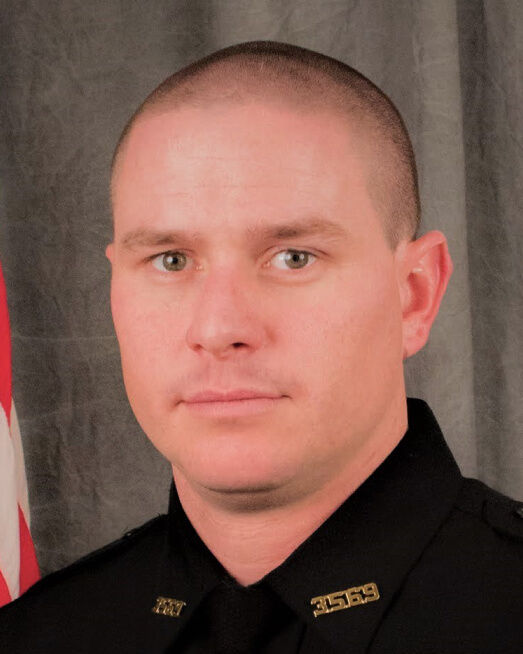 WATERTOWN — Three police officers were injured Monday morning rescuing a man from a fire that broke out in a room at the Relax Inn Motel.

An employee of the motel, which is on Route 11 just outside of the city near Sundance Leisure, said Monday morning that the first indication of a problem came about at roughly 12:45 a.m. when shouting could be heard from inside room 112.

Police were called to handle what was described as a noise issue, which is not out of the ordinary, according to Jefferson County Director of Fire and Emergency Management Joseph D. Plummer.

A review of police records shows that state police and Jefferson County sheriff’s deputies are frequently called to the motel — at least once per day over the last week.

The motel is made up of two buildings. The main building contains a number of motel rooms, with an office and lounge separating two wings. A third wing of rooms stands separate from the rest of the motel. Most of the damage was contained to the left side of the main building, but a motel employee said as of Monday morning that all rooms were closed and nothing was available for rent. The oldest portion of the motel was built in 1949, with additions in 1951 and 1969.

Jefferson County property records show the motel is owned by Pramukh Raj Inc., of Pulaski. The company purchased the motel for $451,000 in March 2019 from Punita Patel, according to the records.

According to Mr. Plummer, Jefferson County sheriff’s deputies and state police arrived at the motel at about 1 a.m. to respond to the noise complaint.

According to the Jefferson County Sheriff’s Office, deputies briefly spoke with someone through the door of room 112, but the person stopped responding. With the help of the property manager, they got the door open and found the room was filled with smoke.

Deputy Hughes and Deputy Nick Curtiss, alongside state troopers Joseph Fay and Sean Iles, worked together to pull Mr. Murphy from the smoke. They then went to clear the remaining rooms in the motel.

Mr. Plummer said the motel’s occupants were all taken to a nearby fire station, which was used as a warming station, then connected with assistance from the Red Cross.

Three officers — Deputy Hughes and troopers Fay and Iles — inhaled a significant amount of smoke and were taken to Samaritan Medical Center. Mr. Murphy was also taken to Samaritan to be treated primarily for smoke inhalation, according to the sheriff’s office.

According to the sheriff’s office, Deputy Hughes and the two state troopers were treated for smoke inhalation and later released. Mr. Murphy was airlifted to Upstate Medical University, Syracuse. He is in critical, but stable, condition.

Mr. Plummer said the building was only partially damaged because fire crews were able to keep the blaze contained to the room where it ignited. Firefighters were on scene until about 6 a.m.

Mr. Plummer said the cause of the fire is under investigation by Jefferson County fire investigators, and teams were assisted by the state Office of Fire Prevention and Control.