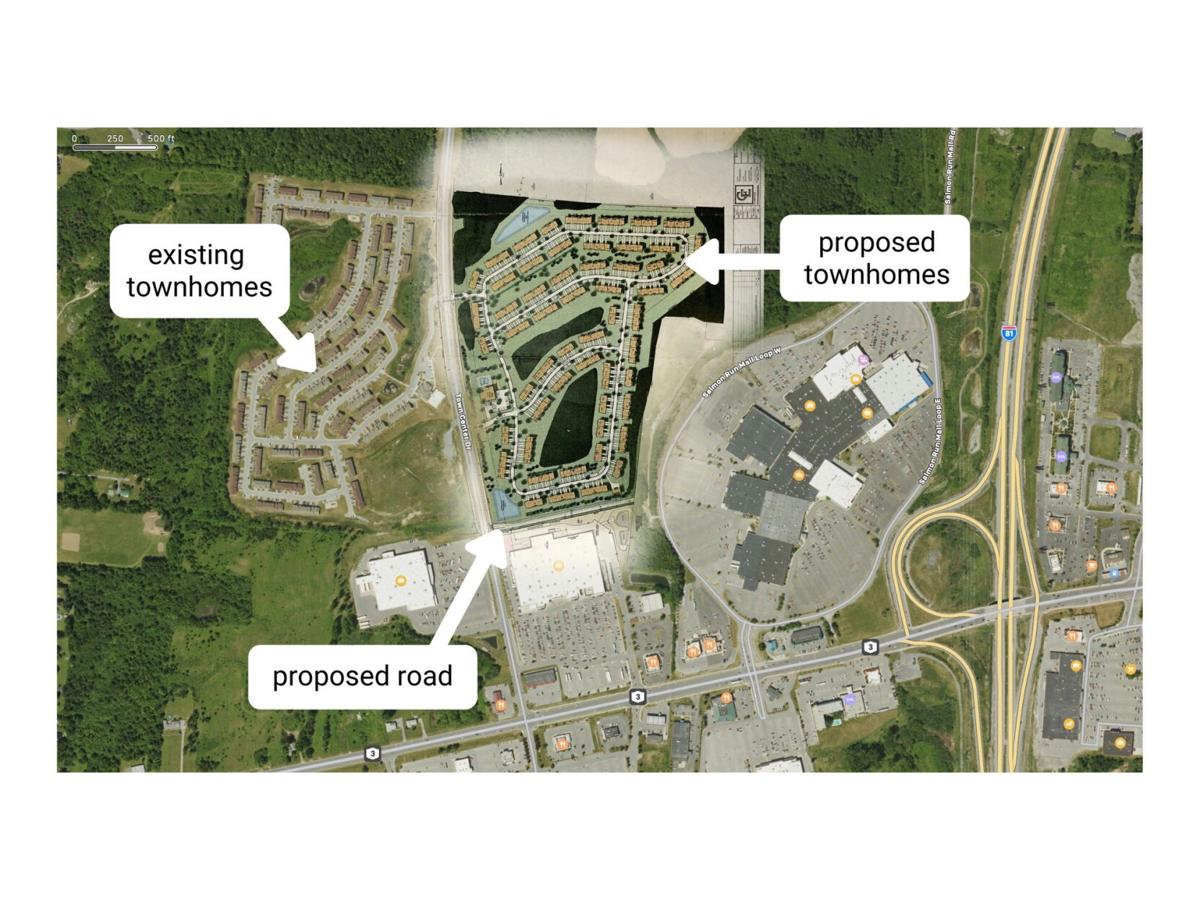 Map of Watertown with an overlay of the proposed townhome complex along Route 202. Photo illustration Kara Dry/Watertown Daily Times 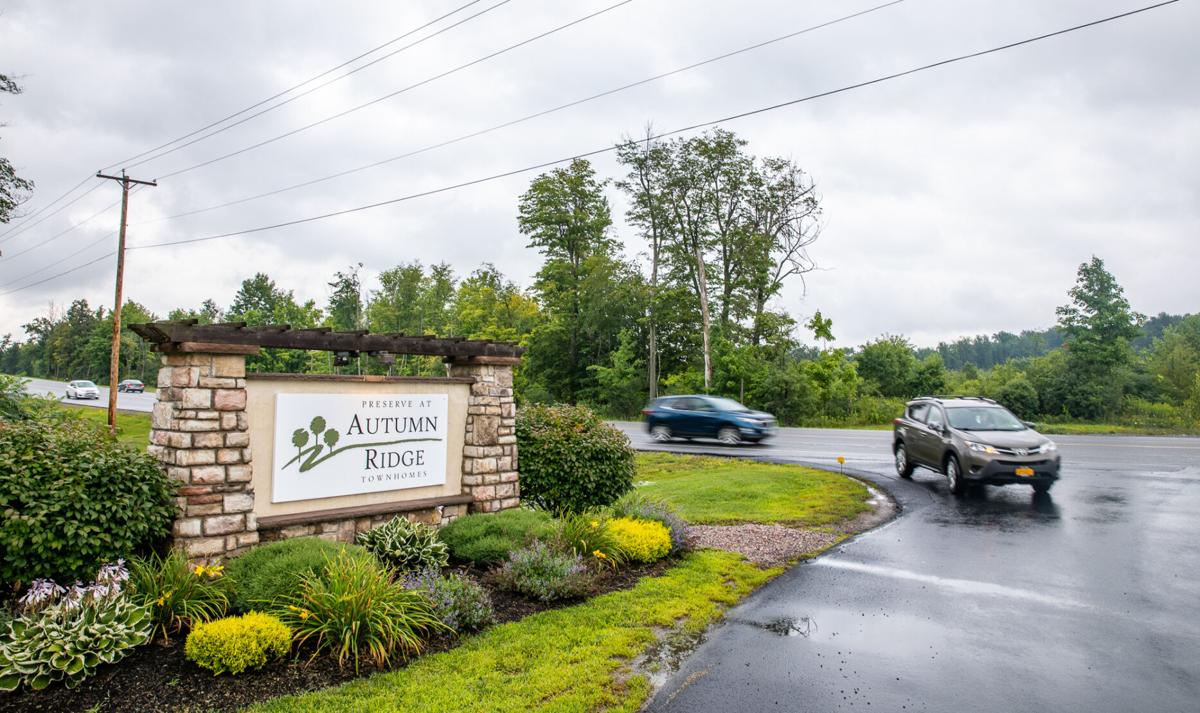 The Preserve at Autumn Ridge, 14630 Autumn Ridge Lane, is looking to expand east, crossing County Route 202 for housing development in Watertown. Cars are seen at the entrance on Wednesday. Kara Dry/Watertown Daily Times

Map of Watertown with an overlay of the proposed townhome complex along Route 202. Photo illustration Kara Dry/Watertown Daily Times

The Preserve at Autumn Ridge, 14630 Autumn Ridge Lane, is looking to expand east, crossing County Route 202 for housing development in Watertown. Cars are seen at the entrance on Wednesday. Kara Dry/Watertown Daily Times

WATERTOWN — A proposed road that would connect Route 12F to Route 3, across from the Target plaza, hit a dead end seven years ago when a Pittsford developer pulled out of a townhouse project.

But now the 357-unit townhouse project behind Walmart is back on the drawing board and so is the connector road.

Town Supervisor Joel R. Bartlett is back working on getting the connector road built, while addressing several aspects of the project.

If built, motorists would no longer have to drive on outer Arsenal Street to go between the mall and Walmart, Mr. Bartlett said.

The majority of the connector road would be built on vacant land between the new Morgan development and Walmart.

The town would pay for the construction of the connector road.

Its cost has not been established, Mr. Bartlett said, adding the plan would be to use funding from the town’s American Rescue Plan Act and other town funds. The town received $428,000 in ARPA money.

The major hurdle to get the road project back on track occurred with Morgan Management coming forward last month with plans to build the 357-unit townhouse off Route 202 and across the road from the 394-unit townhouse development that was built eight years ago.

“It fell apart when Morgan didn’t do their project,” Town clerk and planning board co-chair Pamela D. DeSormo said, adding it’s back on track because the project is proceeding again.

When the connector road was first proposed, the town, Morgan Management and Pyramid Management Group were all in agreement to complete the new road, she said.

The town Planning Board approved the site plans for the 357-unit townhouse development on Tuesday.

The vacant land where the connector road would be built has already been subdivided from Morgan’s development, so that the project could proceed, Mrs. DeSormo said.

That property also was deeded over from Morgan to the town back in 2015, Mrs. DeSormo said.

Mr. Bartlett also is negotiating with Pyramid Management Group, the Syracuse shopping mall developer that owns Salmon Run Mall, to connect the road with the mall.

“When they are finished with that discussion, I don’t know,” Mr. Bartlett said.

If negotiations are successful, the connector road would include the loop road on the backside of the mall property, go behind Walmart, link up with Route 202 and cross that road with a new segment that would curve around and finally end up at Route 3. The connector road would connect outer Coffeen Street via an existing road, Salmon Run Mall Road, which sits just north of the mall.

A traffic light would be installed at the new intersection at the Target plaza entrance, near the old Bed, Bath and Beyond store, Mr. Bartlett said.

The town is acquiring the piece of land between Route 202 and Route 3 from Watertown developer P.J. Simao that would be the used for the project, he said.

But both town planning board members and Mark Costich, whose company is designing the townhouse project, said they were opposed that idea, saying that would increase traffic in a residential area.

If built, the new road would be turned over to Jefferson County.

More than a decade ago, Route 202 was another connector road that the town of Watertown initiated to unsnarl traffic in the town’s northwest corridor.