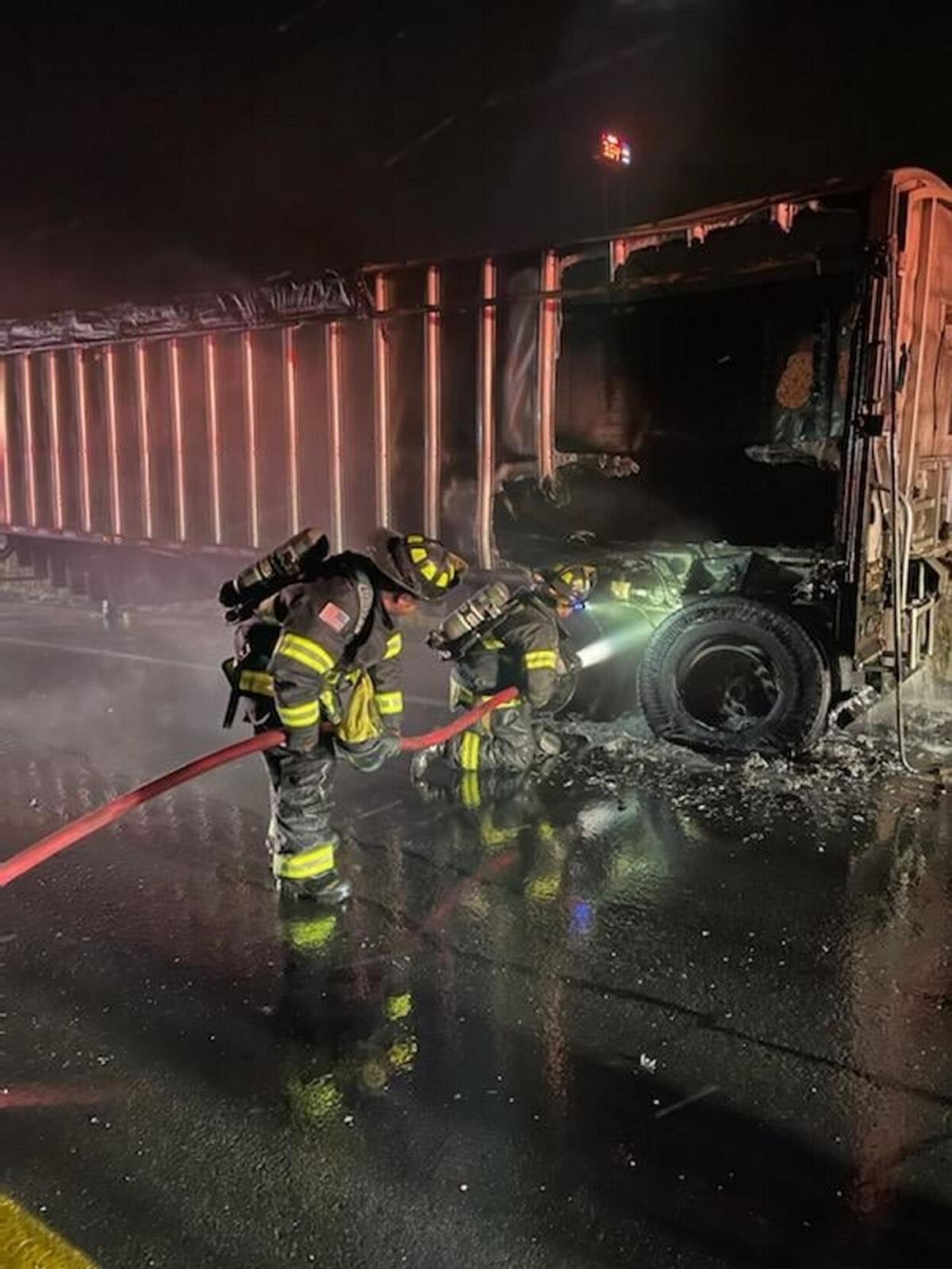 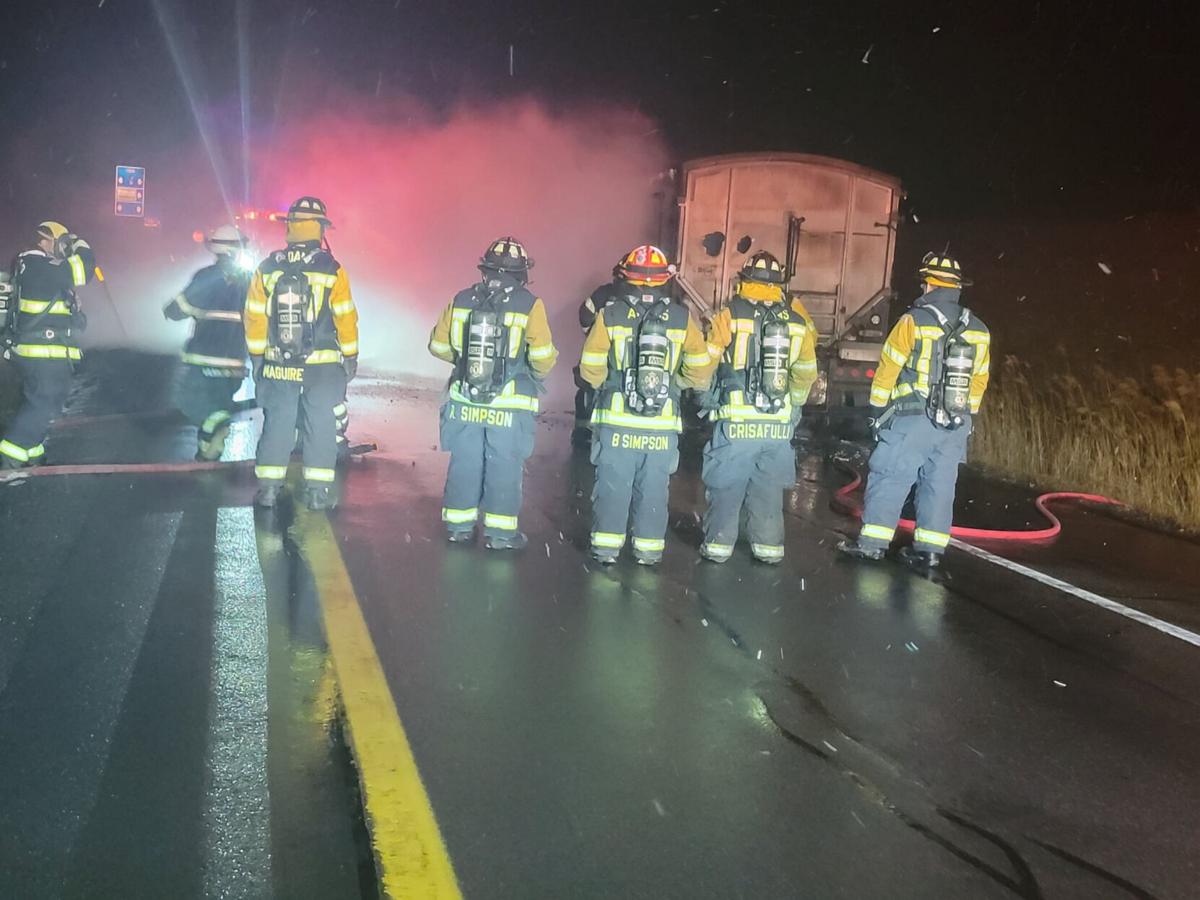 ADAMS CENTER — A tractor-trailer full of salt was engulfed in flames Tuesday evening on Interstate 81.

The Adams Center Fire Department was dispatched to the northbound lane of I-81 near Exit 42 shortly after 5 p.m. for the fire. Crews found the back end of a tractor-trailer engulfed with flames nearly 15 feet tall, Adams Center Fire Chief Travis VanKoughnett said.

The operator of the tractor had been driving down the interstate when he noticed flames in the rear-view mirror coming from the wheel well. The operator pulled over and detached the tractor from the trailer.

“That was a very smart move on his part,” the chief said.

Firefighters then extinguished the flames. Since the trailer was full of salt, the fire wasn’t as large as it could have been had it been packed with cardboard or packages.

The cause is undetermined, Chief VanKoughnett said, and the trailer appeared to be a total loss. The Adams Fire Department assisted on scene, and departments from Rodman and Smithville were on standby.