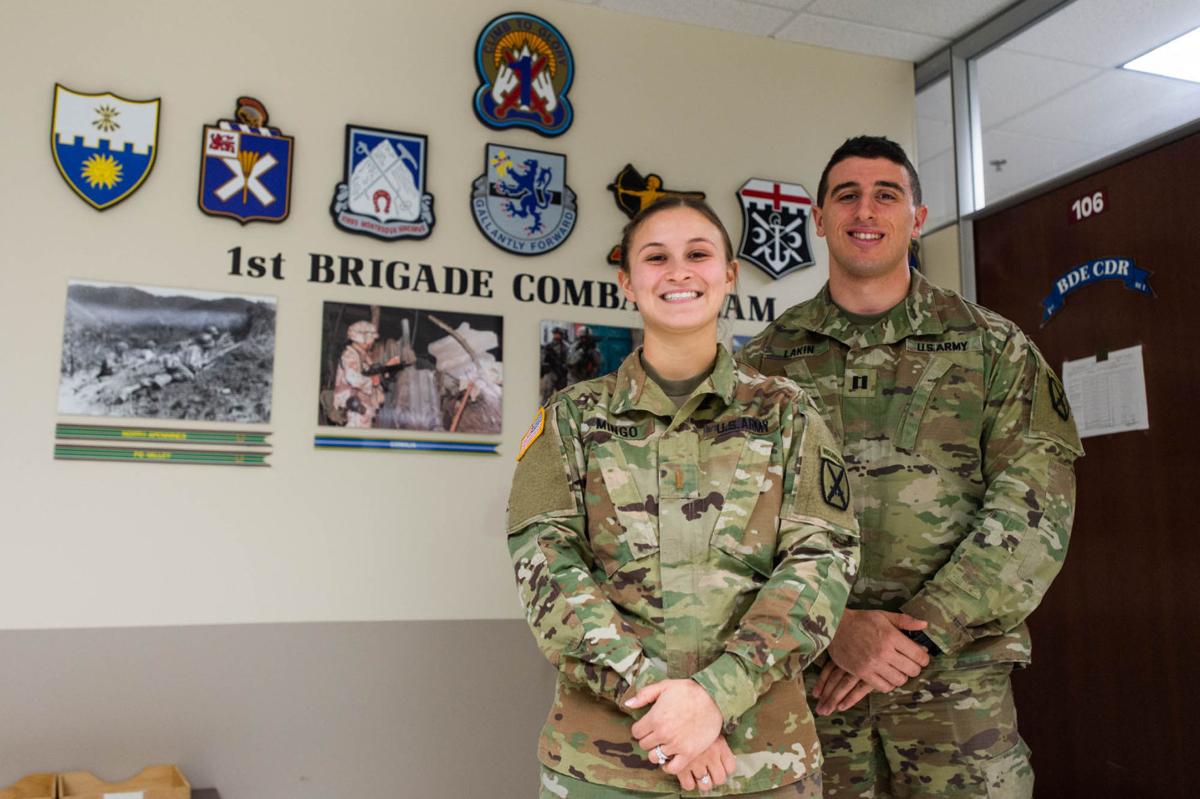 1st Lt. Rachel Mingo, left, and Capt. Phil Lakin pose for a portrait together Friday afternoon at Fort Drum. The two assisted a fellow soldier after his car when up in flames Wednesday evening in Watertown. Sydney Schaefer/Watertown Daily Times 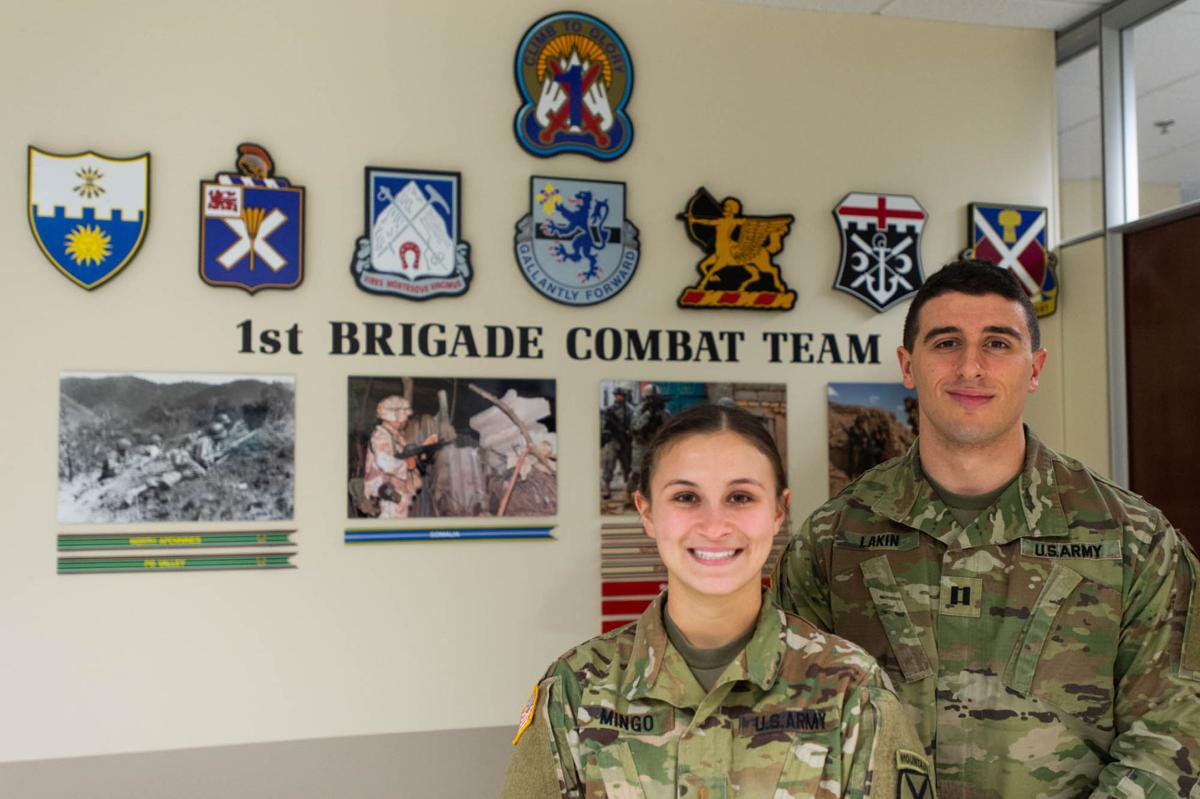 1st Lt. Rachel Mingo, left, and Capt. Phil Lakin pose for a portrait together Friday afternoon at Fort Drum. The two assisted a fellow soldier after his car when up in flames Wednesday evening in Watertown. Sydney Schaefer/Watertown Daily Times

WATERTOWN — Two Fort Drum soldiers pulled up behind a smoking vehicle stopped at a red light Wednesday. Figuring it was an accident, they got out to help, unaware the car was about to go up in flames.

1st Lt. Rachel Mingo, a chemical officer, and Capt. Phil Lakin, a lawyer, are in the same combat brigade at Fort Drum, and they also live in the same apartment complex. They were, however, essentially strangers. But they got to know each other well Wednesday at around 5 p.m.

Ms. Mingo and Mr. Lakin both took Exit 45 off I-81 on their way home from work. In separate cars, they drove up the exit and behind a vehicle stopped at the red light. They both saw the car smoking.

Ms. Mingo, who’s been on active duty nearly six years, and Mr. Lakin nearly two, got out of their cars almost at the same time. By the time Mr. Lakin ran to the vehicle, the man driving it was out, but going back inside for his things.

There wasn’t a second car. The first had ignited on its own while it was stopped. The driver — who Mr. Lakin and Ms. Mingo would later find out is also a soldier in the same brigade as them — dialed 911. Meanwhile, they started retrieving his military gear, boxes and other items from the car. But the driver, possibly in shock, stayed near the burning car, still concerned about his items.

“He was really worried about his CDs for a little bit,” Ms. Mingo said. “It just took a little bit to get him away from the car. I just said kind of that it was going to be OK and we had to get back because it might get worse, or it might explode.”

“I was yelling,” he said, laughing after the fact. “I was like ‘there’s an open flame. We need to get back right now.’”

The two continued to remove items from the burning car and placed them in their own cars. The air bags popped at one point, but that didn’t scare them. Their cars, oncoming cars and cars stopped on the exit ramp were what made them nervous. Mr. Lakin said a civilian came on the scene with a safety vest, which he apparently had in his car. The civilian helped direct traffic and make sure vehicles on the exit backed up.

“It was pretty cool,” Ms. Mingo said of the teamwork. “The last box I grabbed was probably the scariest. It was just a big flame, and you picture the movies where it blows up.”

She later found out cars blowing up like they do in the movies rarely happens, if ever.

“It’s not a thing, so if you ever see a burning car, don’t be afraid of it blowing up,” Ms. Mingo said.

They were on the scene for around 40 minutes. Capt. Lakin and 1st Lt. Mingo spent maybe five minutes retrieving items and convincing the driver to get away. The rest of the time they watched as the vehicle became fully engulfed in flames and firefighters arrived on the scene. The driver of the vehicle would be examined for smoke inhalation, but, overall, everyone escaped the situation safely.

Great soldiers. I love to learn more from such a team of highly trained soldiers. Good job. https://www.jopestkil.com/