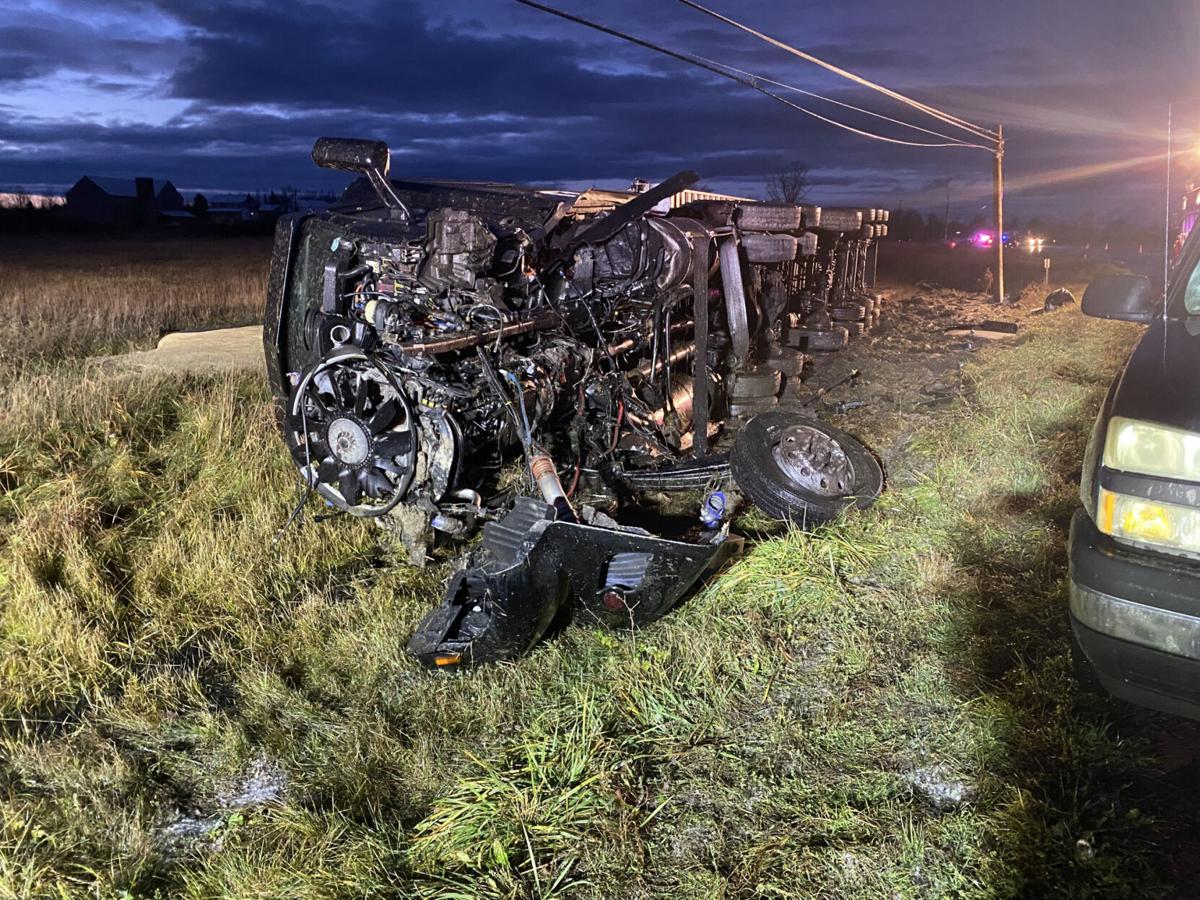 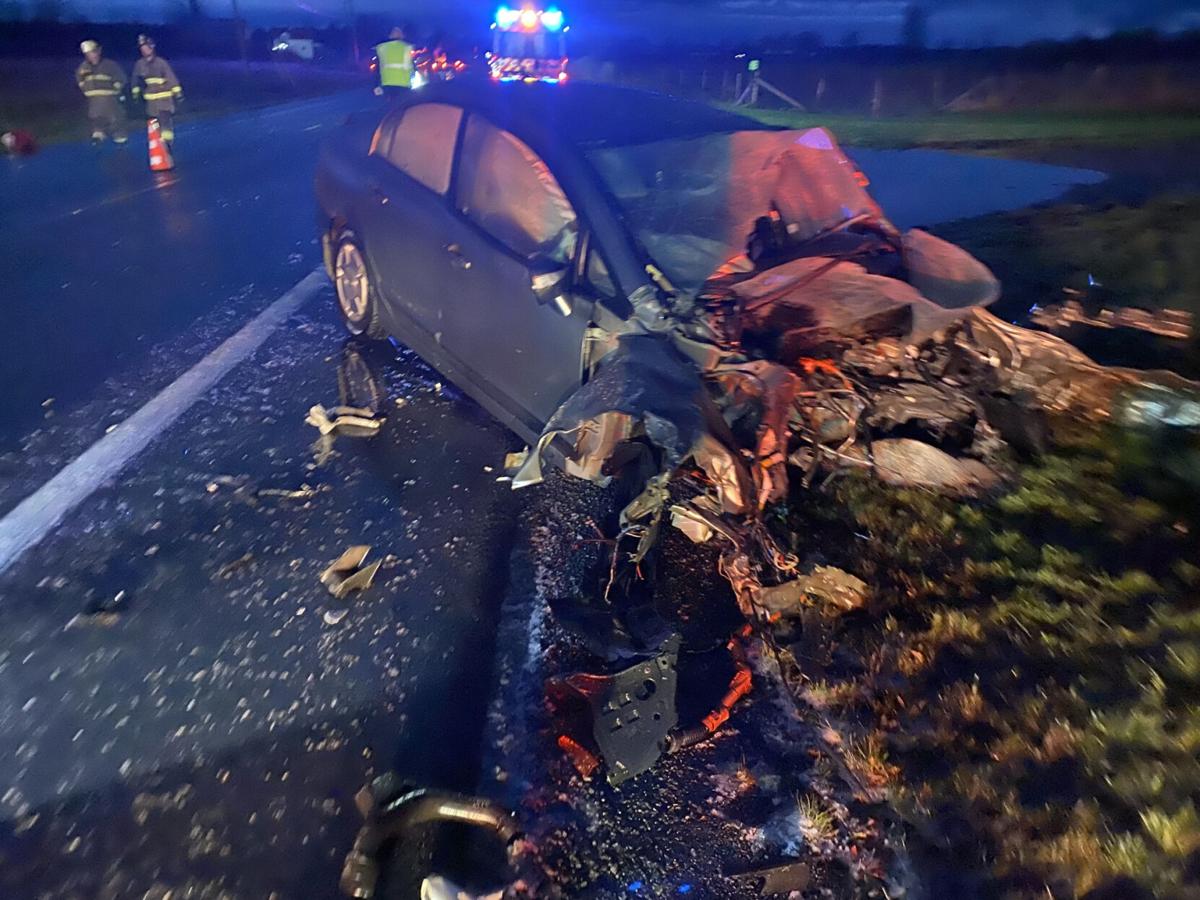 THERESA — At least two people were injured in a two-vehicle crash Monday on State Route 37, with one person being evaluated at the scene.

The accident occurred just prior to 4:30 p.m. Monday when a Honda Civic appeared to lose control going northbound on the slippery road, resulting in the vehicle veering left into the other lane of traffic and colliding with a tractor-trailer which was traveling southbound.

The two people in the Honda Civic were transported to Samaritan Medical Center with non-life-threatening injuries, while the driver of the tractor-trailer was being evaluated at the scene of the accident.

“They’re lucky to be alive,” Deputy Schryver said of the people in the Honda Civic at the scene of the crash.

The tractor-trailer, which was carrying soybeans and was from a shipping company in Canada, was going to be difficult to get back on the right side because of the wires that were directly above it.

A Verizon pole was also struck from the accident, although no outages were expected.

At least one lane of State Route 37 was shut down as officials work to clean up the scene. Deputy Schryver was unsure how long it would take to clean up, but said that it could be awhile.