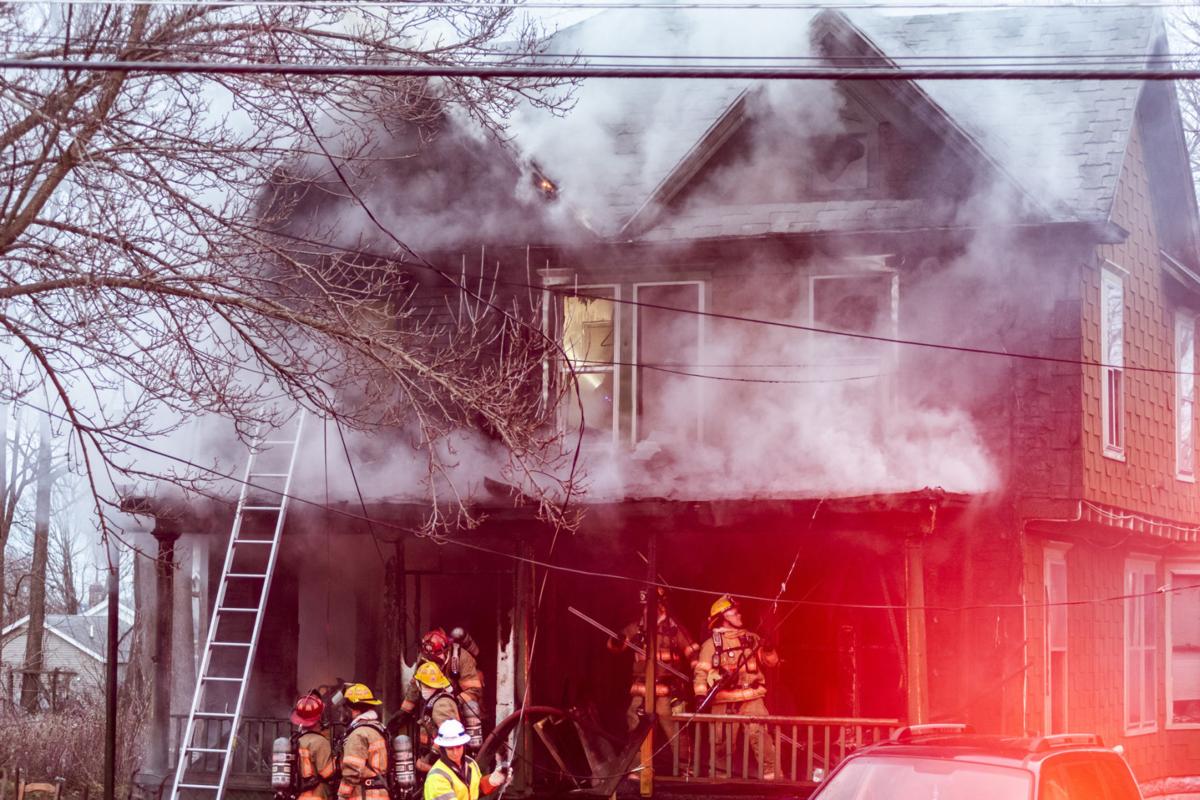 A home at 129 N. Orchard St. is engulfed with smoke on Sunday morning in Watertown. Julia Hopkins/Watertown Daily Times 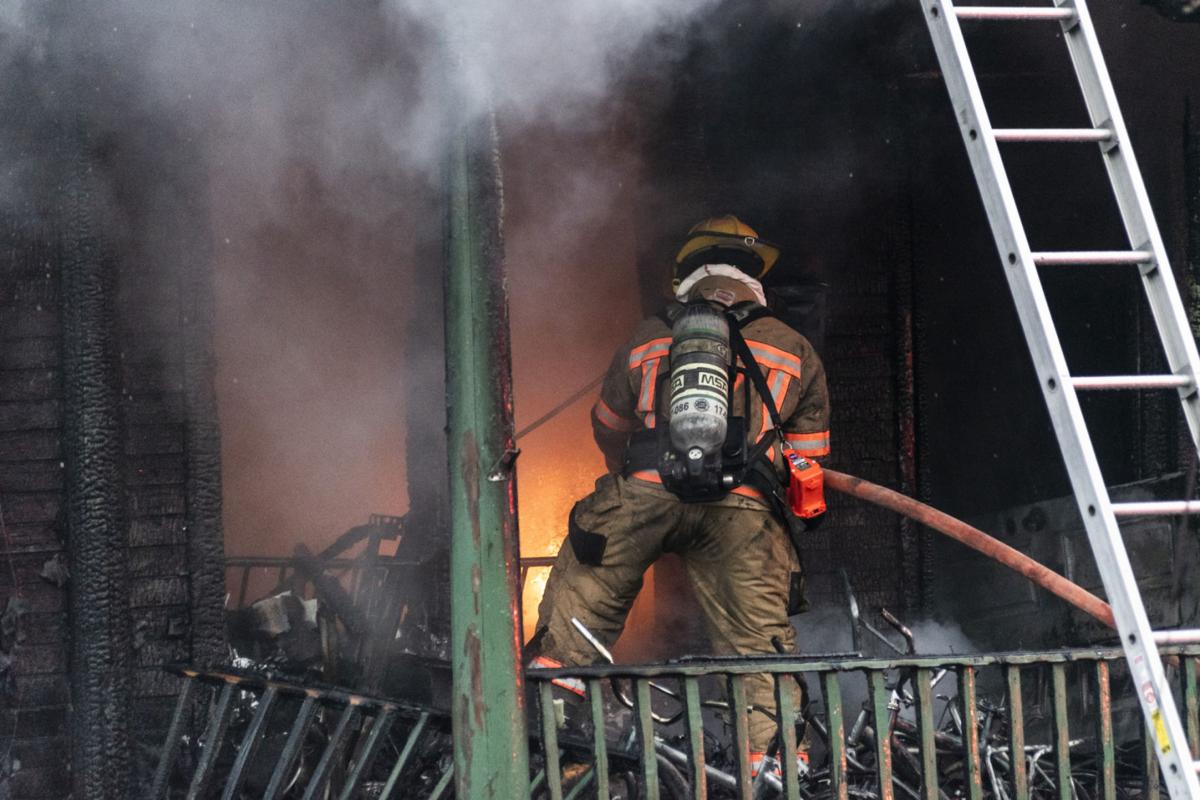 A firefighter works to put out a structure fire at a multi-family home at 129 N. Orchard St. on Sunday morning in Watertown. Julia Hopkins/Watertown Daily times 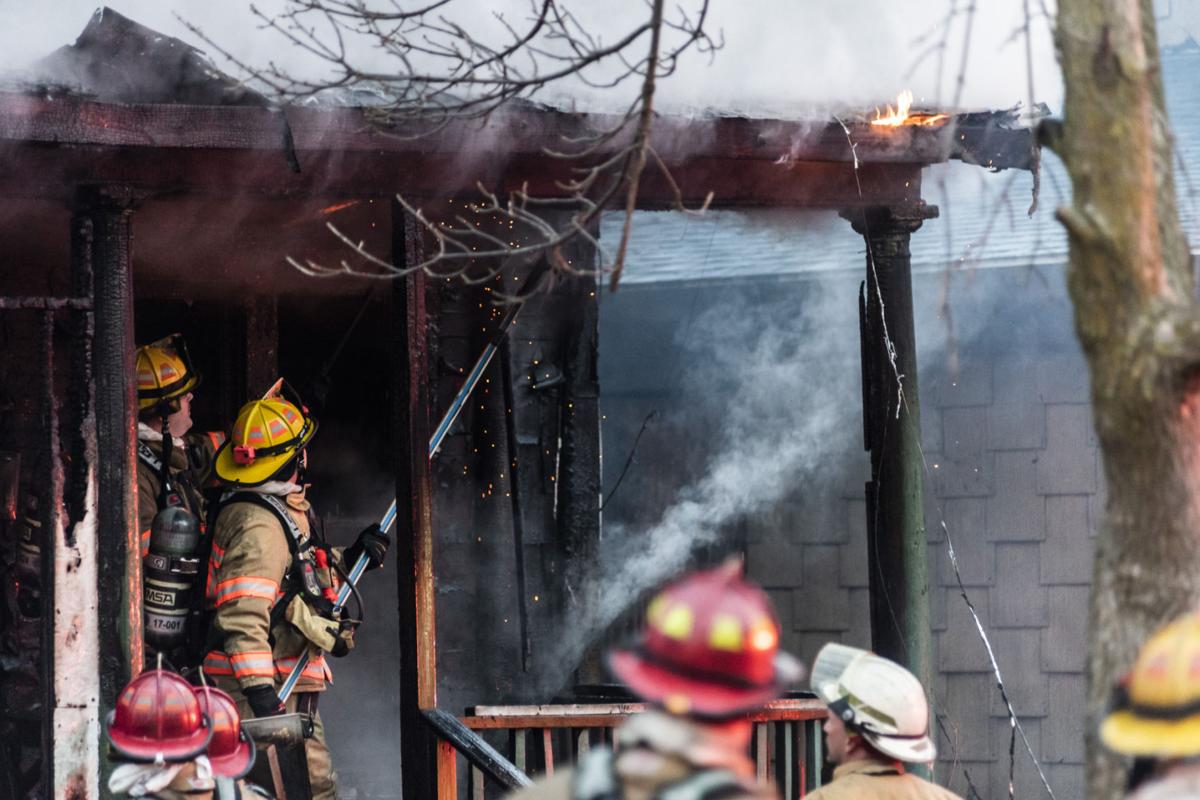 Firefighters work to put out a structure fire at a multi-family home at 129 N. Orchard St. on Sunday morning in Watertown. Julia Hopkins/Watertown Daily Times 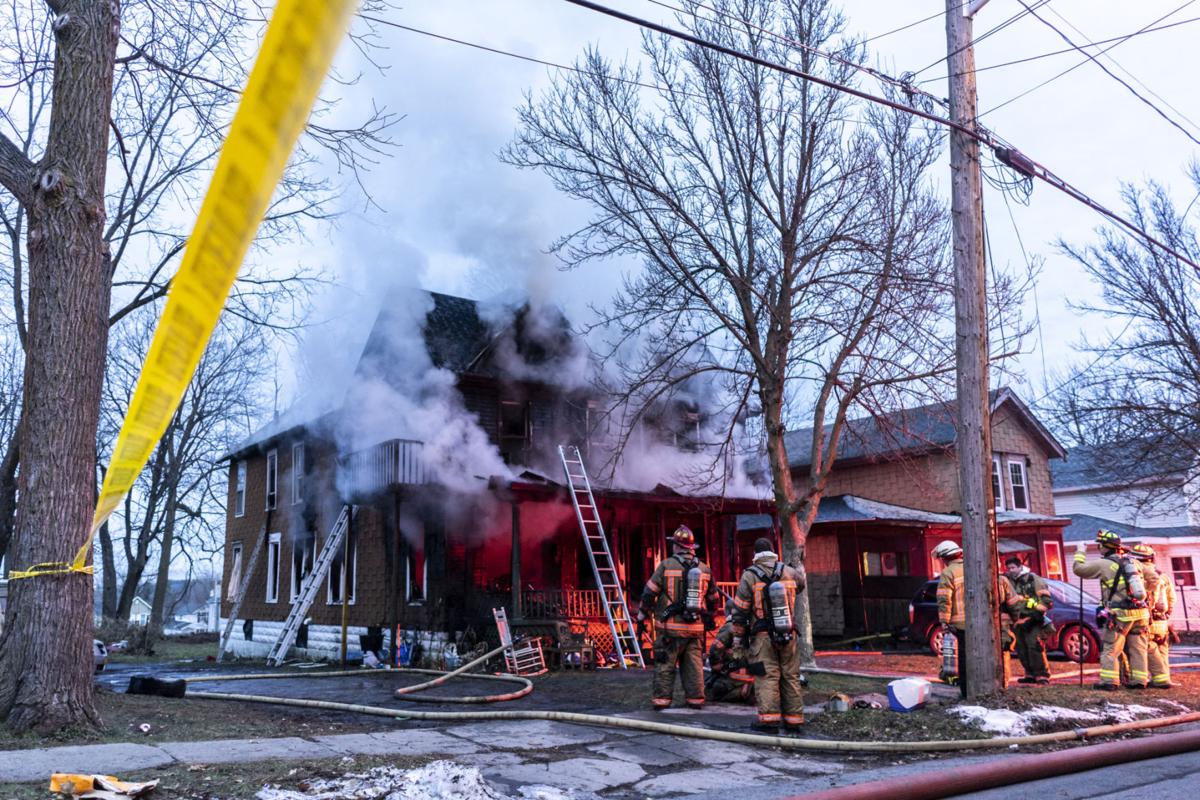 Crews work to put out a structure fire at a multi-family home at 129 N. Orchard St. on Sunday morning. Julia Hopkins/Watertown Daily Times

A home at 129 N. Orchard St. is engulfed with smoke on Sunday morning in Watertown. Julia Hopkins/Watertown Daily Times

A firefighter works to put out a structure fire at a multi-family home at 129 N. Orchard St. on Sunday morning in Watertown. Julia Hopkins/Watertown Daily times

Firefighters work to put out a structure fire at a multi-family home at 129 N. Orchard St. on Sunday morning in Watertown. Julia Hopkins/Watertown Daily Times

Crews work to put out a structure fire at a multi-family home at 129 N. Orchard St. on Sunday morning. Julia Hopkins/Watertown Daily Times

At around 6:30 a.m. Sunday, the front half 129 N. Orchard St. caught fire with seven people inside. Investigators determined the fire started on the porch. Chief Herman said there were items on the porch but nothing could be identified as an ignition source, resulting in the belief the fire was set intentionally. The city fire department has sent samples based on burn patterns to a state police lab for testing.

The house is a duplex; there was a family of six in one unit of the house and the landlord living in the other.

“It would take a terrible person to set fire to a house with a 5-year-old child living inside,” landlord Holly E. Gaskin said.

The fire engulfed the front half of the house and caused the evacuation of the next-door homes. Crews closed the road and worked on putting the fire out for hours. Neighbors, many of whom said the family and landlord are kind, nice or considered friends, watched from down the street.

Mr. Herman said the mother and daughter came down a ladder. The son’s girlfriend also came down a ladder with assistance from Battalion Chief Tucker Wiley. On their way down, the ladder folded and they fell from the second floor.

“Not the whole way,” Mr. Wiley said when asked if they fell down.

The woman he pulled from the building was transported to Samaritan Medical Center, where she was treated and released. Mr. Wiley said at the scene that he was fine. Mr. Herman’s understanding is the childrenescaped out the back door.

The mother and daughter were transported to a hospital in Syracuse, with possible burn and smoke inhalation injuries. The names of all those inside are not being released yet due to the mother being in critical condition, Det. Lt. Joe Donoghue with city police said. The woman’s daughter is in stable condition.

The landlord, Ms. Gaskin, said she was awake when the fire started. She heard shouting and loud footsteps running down the stairs. The son then screamed “get out,” she said.

Ms. Gaskin, after grabbing her laptop, photos of her late mother and her ashes stored in an urn, escaped out her front door.

“I didn’t want to leave her there,” said Ms. Gaskin, who went back into the house at least once to grab items. “It burned so fast.”

The North Country Chapter of the American Red Cross assisted Ms. Gaskin and her tenants with financial assistance for necessities such as shelter, food and clothing. Ms. Gaskin’s employer, Intrepid Broadcasting Inc. & Tunes 92.5, paid for her to stay in a hotel Sunday night. Red Cross volunteers also offered health services, emotional support, blankets and comfort kits containing personal care items, as well as stuffed animals for the children, a release from the organization said.

Jeanette Jewett lives next door to Ms. Gaskin and the family. Ms. Jewett went to work at Samaritan Medical Center at 6:19 a.m. and said there were no flames at the time.

“The first thing I do in the morning is check the houses because fire scares me,” Ms. Jewett said.

When the fire ignited, Ms. Jewett said she left work and went back because two of the six people who live inside the engulfed house were missing.

“I just made sure all the kids were OK,” she said. “A couple are at the hospital but everybody is out.”

She said she has lived there for nearly 27 years and would consider her neighbors close friends. An empty lot separates Ms. Jewett’s house and the one that caught fire. That’s where they have cookouts together, she said.

“That’s why we keep everything in the middle,” she said, pointing toward the empty lot with two grills and a picnic table sitting on it. “It’s all mine, but we share it.”

Ms. Jewett was visibly emotional as she and her family watched firefighters work on the house. She said she’s just glad everyone got out.