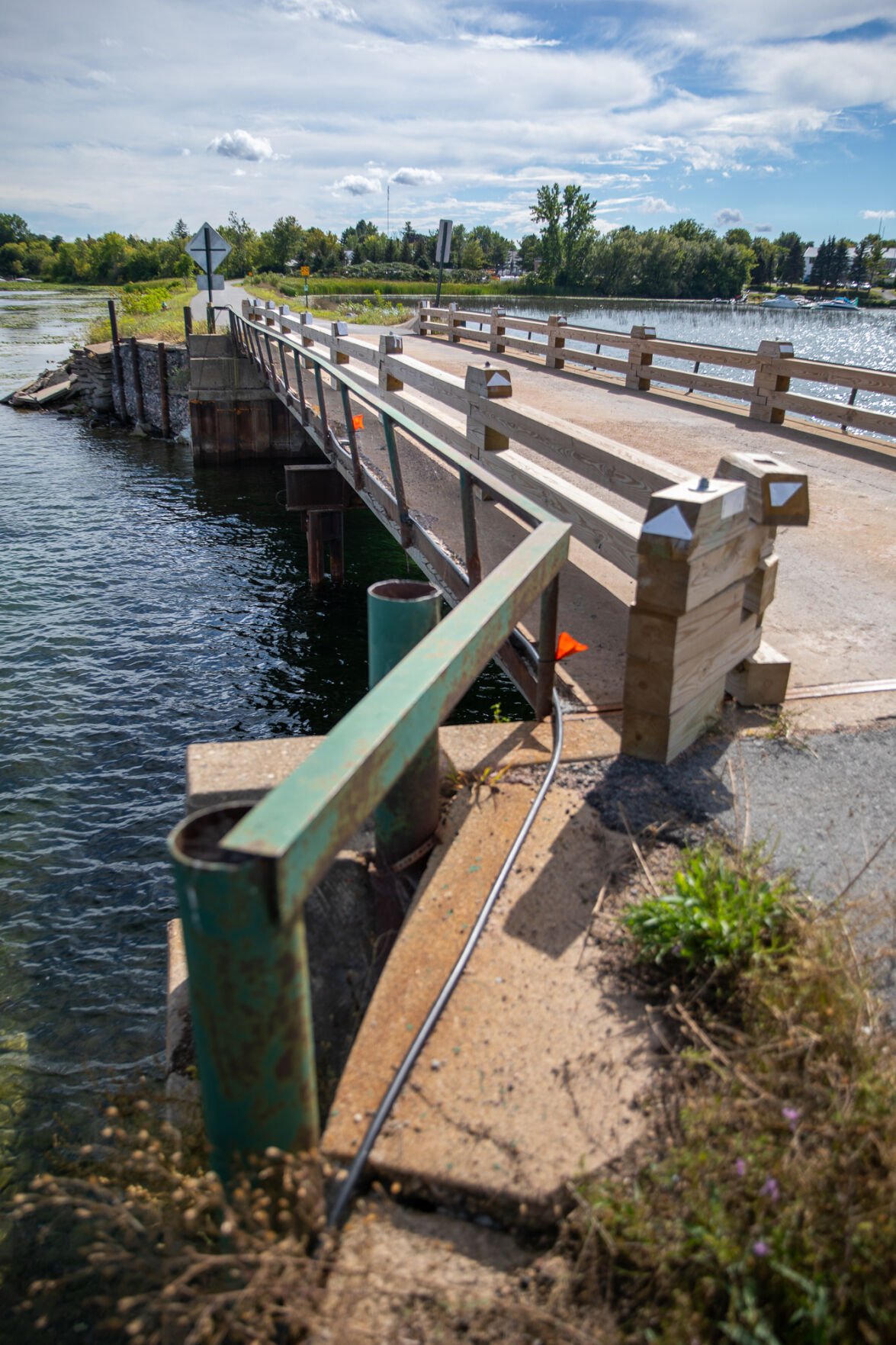 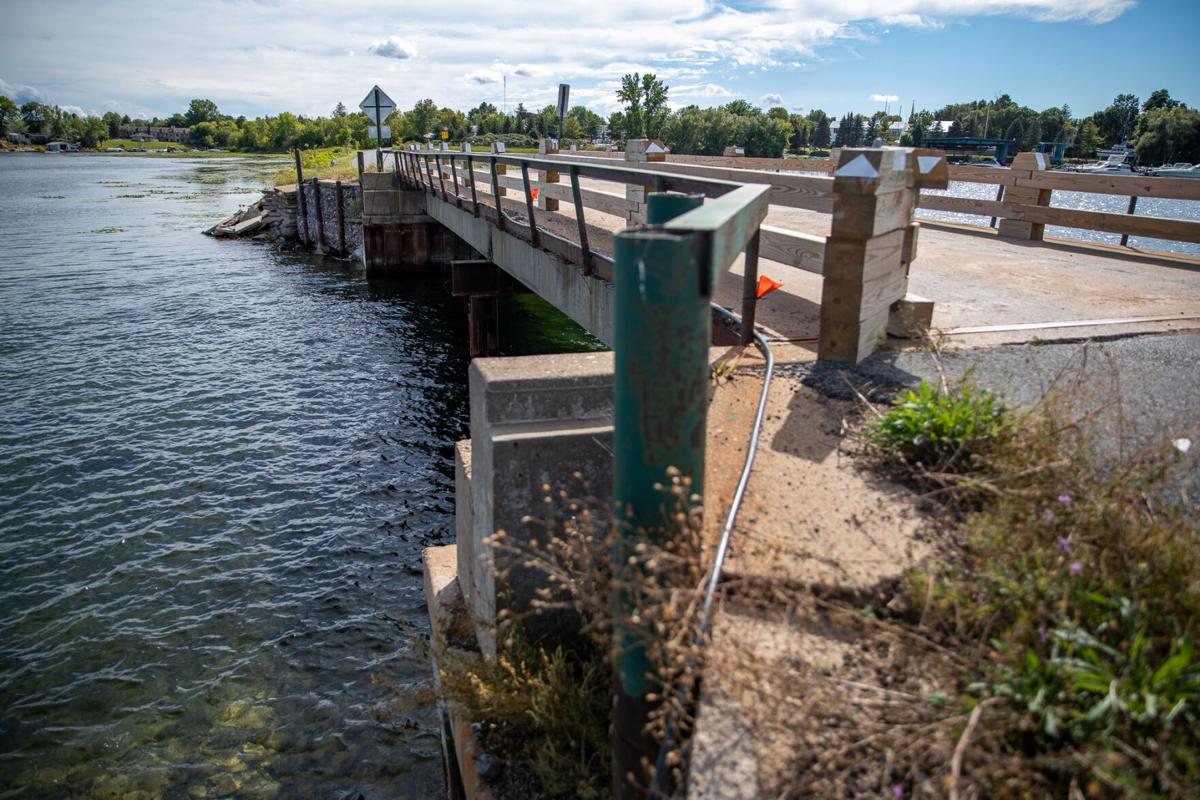 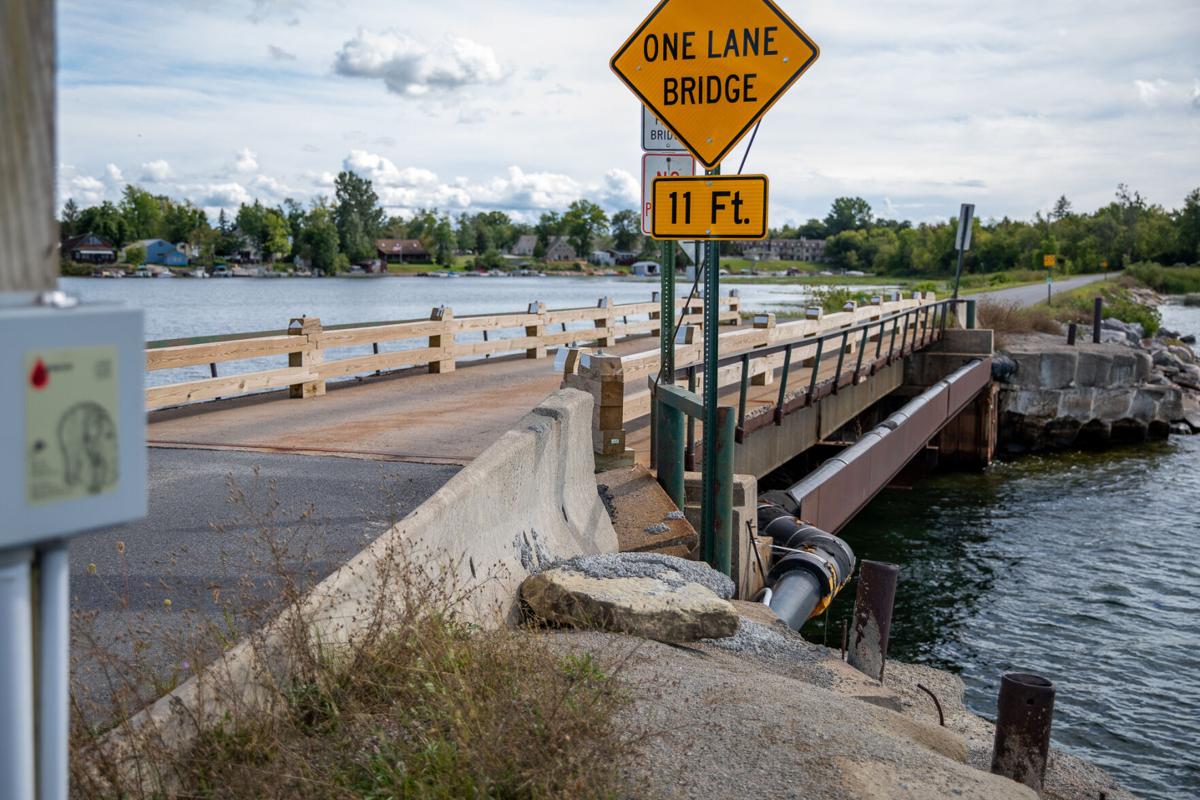 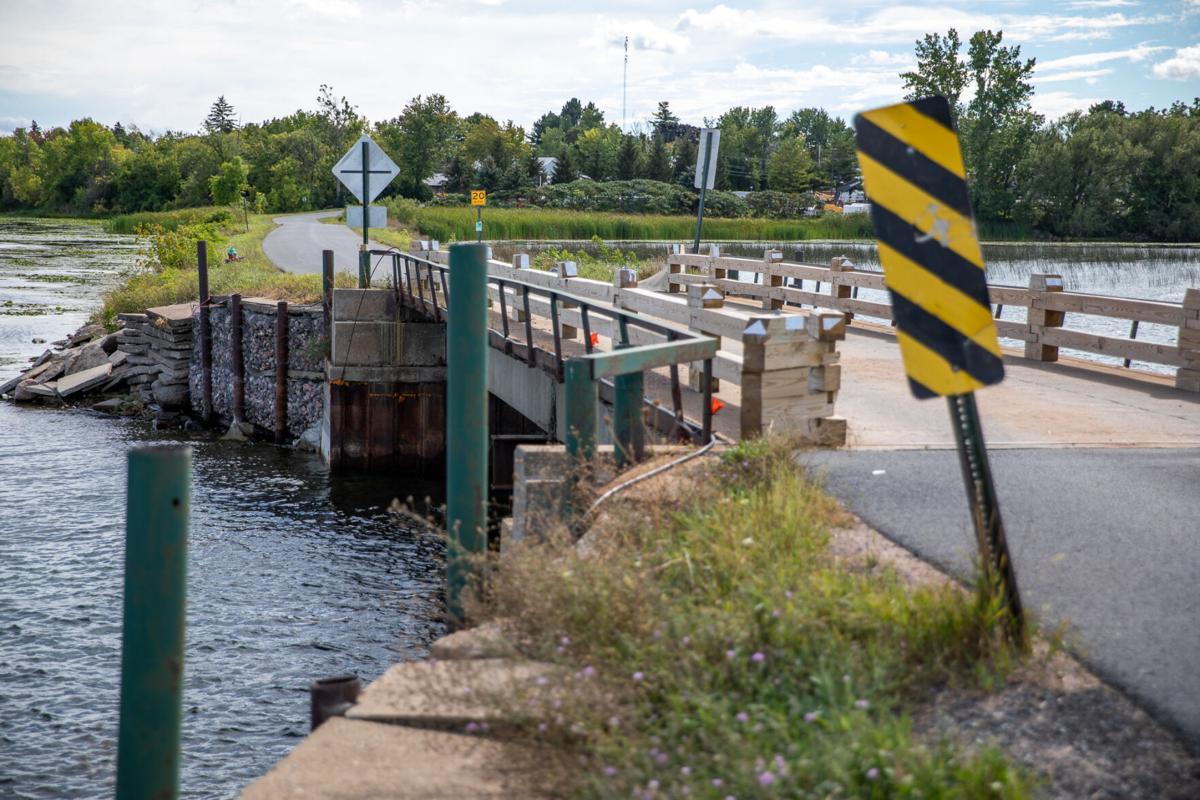 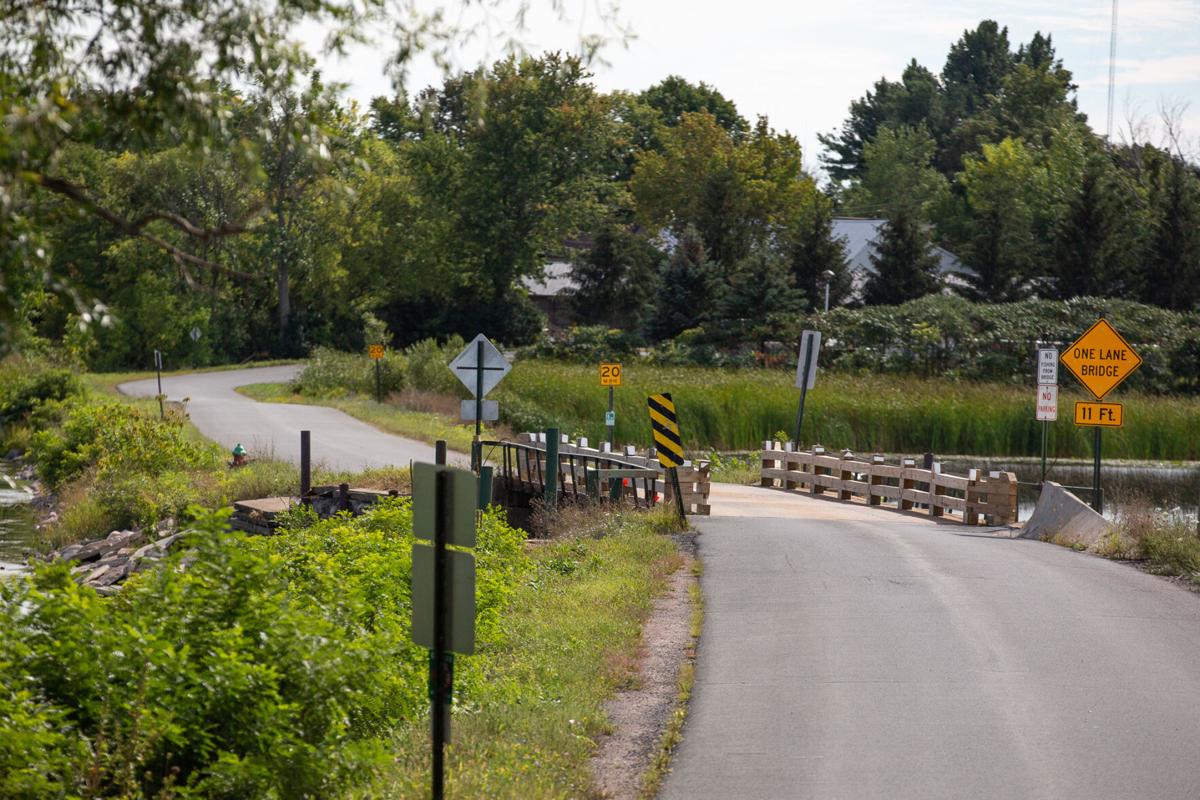 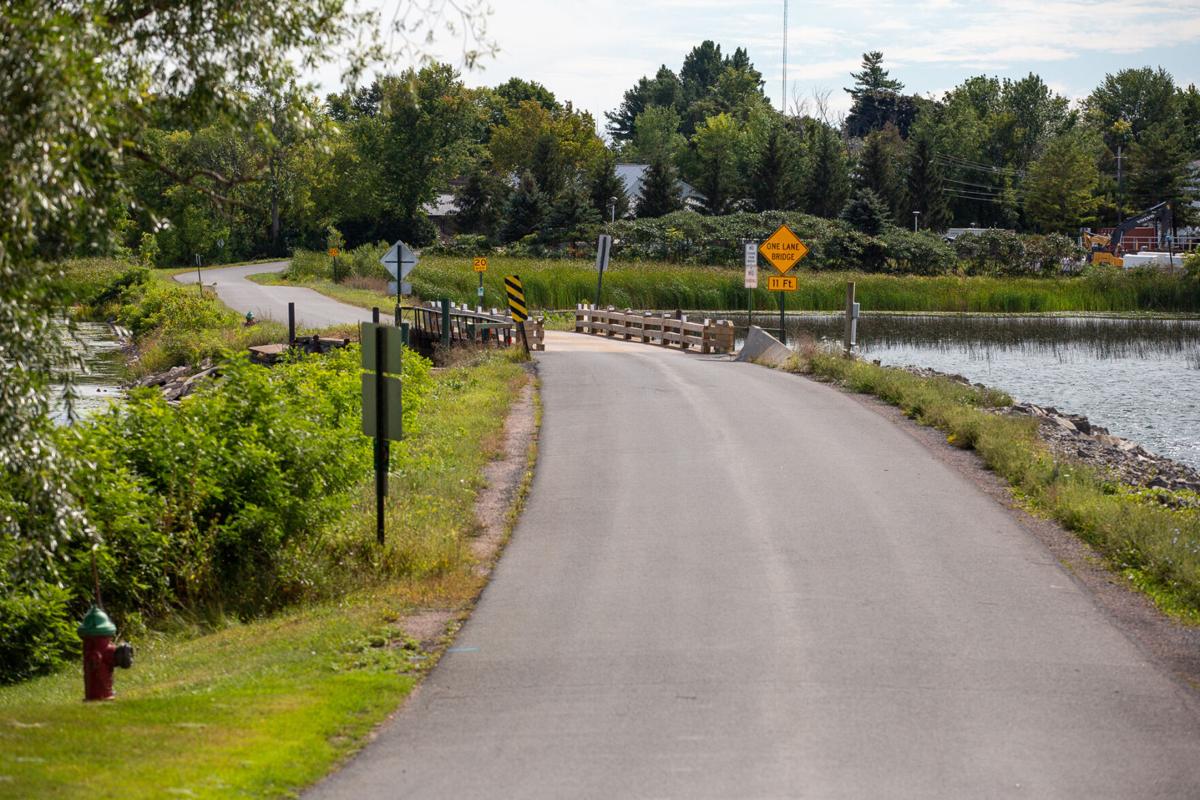 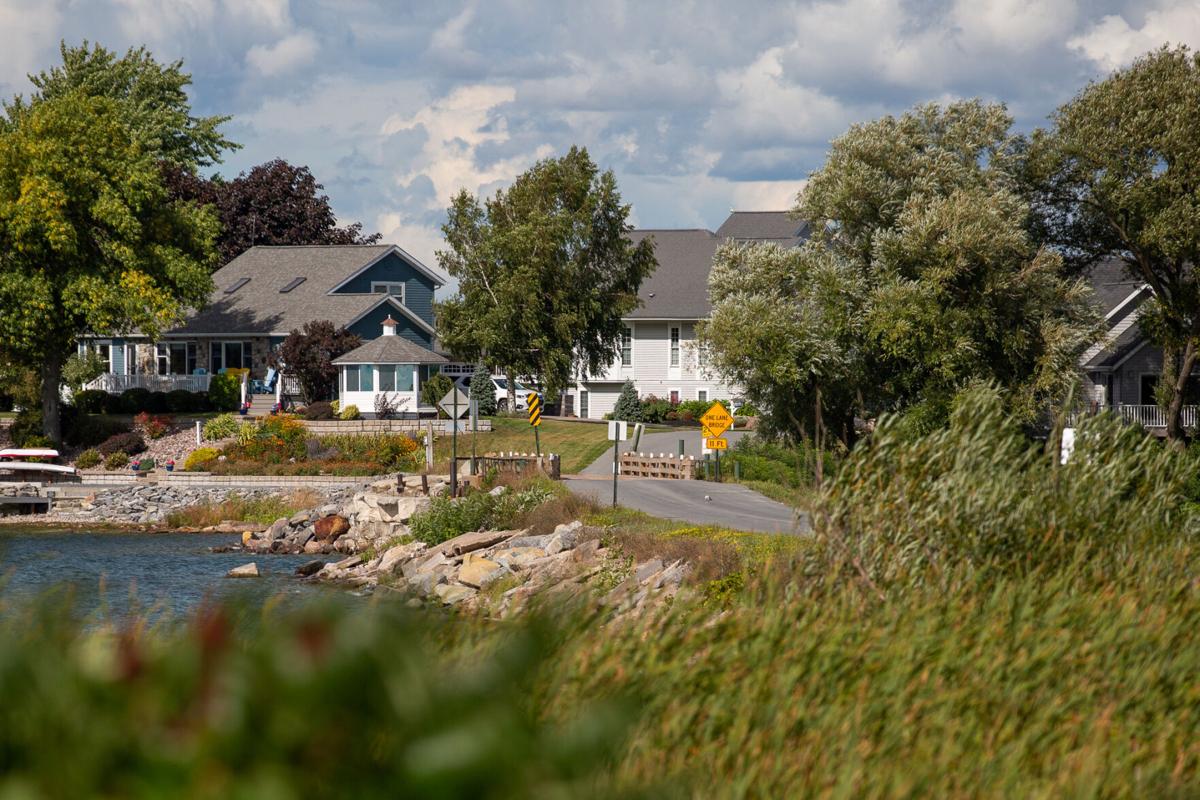 CLAYTON — The crossing that connects the small residential neighborhood on Washington Island to the village mainland is once again facing structural issues, just weeks after it was last repaired.

According to Terry M. Jones, superintendent of the village’s Department of Public Works, the causeway part of the crossing had been given a red flag by the state Department of Transportation on Aug. 11, after a four-inch-wide gap opened in the east side abutment.

A red flag indicates the failure or impending failure of a primary structural component on a bridge or crossing structure.

The causeway, a raised section of ground that lifts the road above the water, is made of stones and held in place with metal sheeting. Some of that sheeting had rusted, and the stone inside began to fall away.

“With the high water we’ve had over the last few years, the stones just washed away,” Mr. Jones said.

County Bridge and Rail, a local highway contractor that works with many municipalities, filled in the gap with grout and resealed the metal sheeting within a week of the red flag going up. That cost the village about $13,000, which will be reimbursed by the state through the Consolidated Local Street and Highway Improvement Program, CHIPS.

In the first week of September, state DOT officials gave the causeway a yellow flag — a less serious marker that indicates a critical structural element may fail in the future and needs attention soon.

Mr. Jones said the flag was put up on the bridge portion of the crossing, which spans about 100 feet where the water level is too high for a sustainable causeway to be installed. The girders that support the road deck have begun showing signs of deterioration, and while they are structurally sound now, will likely require attention in the near future.

Mr. Jones said the village will keep an eye on the girders in the coming months and prepare a repair plan for the future. He said the bridge and causeway structure, which were installed about 50 years ago, are nearing the end of their projected lifespan and will likely require more attention in the future as well.

They’ve been showing signs of their age for the last few years, requiring regular attention and repair, he said.

“We’ve applied for a Bridge New York grant, and hopefully with these last couple of years having these issues, that will score enough points to get it replaced,” Mr. Jones said.